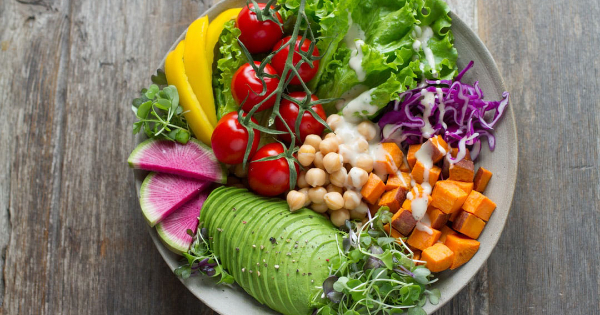 According to experts with the United Nations, switching to a plant-based diet can help in the fight against climate change.

Polyethylene, also known as polythene, is the most common type of plastic produced, with an annual production of around 80 million tons. Between manufacturing and waste, it has a significant impact on environmental conditions, but itâ€™s only one problem of many. Another problem scientists are pointing to is how the animal farming industry impacts the environment.

To learn more about the connection between going vegan and environmentalism, keep reading.

Switching to a Plant-Based Diet Can Fight Climate Change

According to a major report about climate change and land use, the Western worldâ€™s high meat and dairy consumption is fueling global warming.

Scientists and officials said that if people would cut down on eating meat, more people could be fed using less land. The document was prepared by 107 scientists for the UNâ€™s Intergovernmental Panel on Climate Change. It states that the land can store more of the carbon produced by humans if used more effectively.

Finalized after discussions held in Geneva, Switzerland, the report stopped just short of explicitly instructing everyone to become vegan or vegetarian. In fact, scientists acknowledged that people in some parts of the world donâ€™t have much choice whether they consume meat and dairy products or not. However, they pointed out that, in the West, itâ€™s obvious weâ€™re eating too much.

The Link Between Climate Change and Food

Climate change poses a serious threat to the worldâ€™s food supply, as rising temperatures, additional rain, and severe weather all impact crops and livestock. But it works the other way around as well, with food production having a significant effect on fueling global warming.

The agriculture and forestry industries contribute around one-quarter of all greenhouse gas emissions. Meanwhile, livestock further complicates the environmental problem, both by producing methane gas and also through deforestation to make room for pastures.

The environmental impact of the meat industry hasnâ€™t gone unnoticed by vegetarians and vegans. #NoBeef, a group based in the United Kingdom, lobbies caterers to remove lamb and beef off of student menus. Meanwhile, in the United States, vegan burger patties that taste shockingly like beef are starting to gain popularity in stores and restaurants.

When people talk about climate change, the soil itself is often overlooked. But with human lifestyles and industries putting carbon into the atmosphere, it needs somewhere to go, and the soil is the second-largest store of carbon after oceans.

Plants and trees absorb CO2 from the air and then lock the carbon away in the soil. However, deforestation and harmful agricultural practices can damage the soil. This causes it to release carbon back into the atmosphere which compromises future plant growth. Unfortunately, climate change is only expected to speed up this process. In higher temperatures, organic matter in soil will break down faster, boosting greenhouse emissions even more.

According to the UN report, using practices to reduce and reverse soil damage will have an immediate positive impact on local communities. Improved land management, including managed grazing by animals and strategic tree planting, can boost soil fertility dramatically. This, in turn, would reduce poverty and increase food security for everyone.

Itâ€™s widely known that trees absorb CO2 from the atmosphere. Therefore, donâ€™t the carbon emissions from human industry help to nourish the trees?

While itâ€™s true that the extra CO2 can help mitigate climate change, there are several factors involved that must be balanced carefully for trees to be benefited. According to experts, any positive effects on forests from CO2 emissions will be negated if the Earth becomes too warm. In fact, the UN report says this may already be happening in places near the equator, where vegetation is being lost due to heat stress.

Another problem weâ€™re starting to see is a lack of phosphorus in the soil. Phosphorus is a necessary ingredient for plant growth, and without enough of it in the ground, tree growth would be hindered. As a result, many forests may have already reached their limit for how much CO2 theyâ€™re able to absorb.

The global pharmaceutical market is expected to reach $1.12 trillion in 2022. However, that number could be substantially lower if enough people adopted a vegetarian or vegan diet and began to take their health seriously.

Going vegan may be good for the earth but it can have countless benefits on individuals and communities at a local level, too. Scientific research has shown that a diet high in unrefined plant-based foods brings about beneficial health outcomes. Enhanced immune function, increased lifespan, and improved cardiovascular health all appear to be benefits of a plant-based diet.

Besides being good for everyday health, many people are finding that plant-based diets can enhance performance for athletes and others involved in frequent strenuous physical activity. Critics have said thereâ€™s no real evidence to back it, but many athletes — not to mention health experts — would disagree. In fact, many plant-based products have more protein content than meat does.

Meat and dairy production and deforestation are far from being the only challenges facing the earth. Air pollution, especially in places like India and China, is a significant factor in the worldâ€™s environmental health. Water pollution and poor waste management are other disturbing problems that we havenâ€™t fully learned to resolve yet.

But in spite of all the challenges, we have made some amount of progress as it is. And every person who begins to live responsibly, whether by going vegan or giving up disposable products, is making a significant difference.

Industries are starting to improve their practices as well. For example, each shipping container that gets recycled means we reuse around 3,500kg worth of steel. It also means saving all of the traditional building materials, such as bricks and wood, which donâ€™t have to be used instead.

Although weâ€™re just getting started, by now you can see that thereâ€™s something we can all do to help fight climate change.