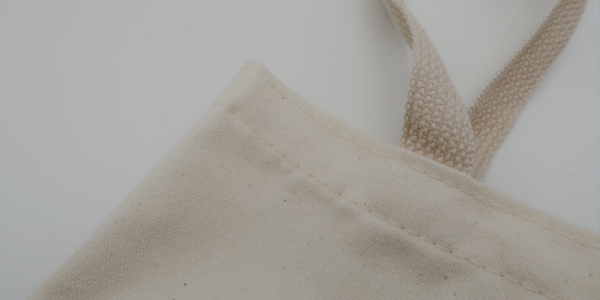 As a society, we rely on plastic. From the medical equipment and household goods created by the reaction injection molding process (wherein two liquid components are mixed, injected into a mold, and cured) to the bottled beverages we bring home from the grocery store, the convenience we love is often tied to this material. In recent months, single use plastics — particularly those found in shopping bags — have come under fire, prompting many people to make the switch to reusable options instead. But is your tote bag actually any better for the environment?

A lot of people assume so. After all, if you purchase an item that you can reuse again and again (especially if it’s created from a natural resource), it must be inherently more eco-friendly than a product you use only once and throw away. And with 127 different countries and cities banning the use of single use plastic bags, it’s no wonder that consumers are turning to totes as a more sustainable alternative.

The problem, as it turns out, is that the process involved in making and distributing cotton tote bags comes with an even more significant carbon footprint than other kinds of bags. Although U.S. manufacturing accounts for 18.2% of the world’s goods, a report conducted by the UK Environment Agency found that no matter where these bags are manufactured, they’re probably not as good for the planet as you’d think. The cotton needs to be grown, which requires an immense amount of energy, fertilizer, and water. It also needs to be manufactured, which involves chemicals during the processing phase, and transported. And because cotton totes are heavier than plastic bags, estimates show that up to 80 times more fuel is needed to distribute them.

Ultimately, the report found, you’d have to reuse a cotton tote bag 393 times in order to equal out its environmental impact to that of a plastic bag you’ve used only three times. A separate study published by the Danish government was even less forgiving, as researchers there found that a biodegradable cotton tote bag would need to be used 7,100 times for it to have less cumulative environmental impact than a plastic one. And if the tote bag is made of organic cotton? You’d need to reuse it a staggering 20,000 times to even things out.

Of course, people aren’t throwing away these cotton tote bags at nearly as high a rate as we see with single use plastic bags, which means our landfills and waterways are still dealing with the negative effects of widespread plastic litter. In other words, this doesn’t mean that plastic bags are better for the environment. But ultimately, research suggests, the type of bag you’re using might matter less than whether you’re bringing home locally grown produce and you’re riding on a bike instead of in a car.

If you’re determined to switch out your plastic bags for reusable totes, you shouldn’t necessarily be dissuaded from doing so. But opting for a reusable bag made of recycled plastic — or constructing your own tote out of old clothes or fabric you already have on-hand — is a much better alternative than purchasing a new cotton tote. If you really care about the earth and don’t simply want to follow green trends, it’s a good idea to explore the true impact of these choices, rather than merely assuming that anything has to be better than plastic.