Despite what we humans like to believe, our planet was not made to support us indefinitely. As our population continues to grow (the UN predicts we’ll reach a staggering 9.8 billion by 2050), space has become a major concern. Those already here are forced to deal with exorbitant home prices due to the fact that the number of people vying for a place to live has doubled in the last 50 years. Add in the fact that homelessness is already running rampant in most nations, and tiny homes present a perfect solution to all problems.

Tiny homes are defined by their ability to put everything a homeowner needs — such as a bathroom, bed, kitchen, and living space — into an exceptionally compact space. By taking advantage of every square inch available, tiny homes offer an affordable and entirely liveable alternative to a normal house. This is precisely why shipping containers and concrete pipes are so heavily favored in the tiny home industry. 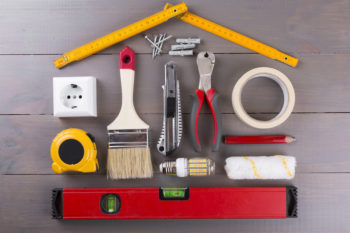 As the most used manmade material in the world — and an inexpensive one at that — concrete has recently joined the tiny homes ranks. What originally started in Hong Kong as a way to provide affordable housing for the overwhelming population, OPods have proven their value; the two-and-a-half meter wide concrete water pipes have been transformed into 9.29-square-meter homes, allowing them to fit into narrow gaps between buildings and be stacked in self-contained low rise modular communities.

Since the debut of the OPod prototypes, America has been exploring the possibilities of concrete pipes: in a contest devised to show how making affordable housing can be a reality in an age where homelessness in the United States is a huge problem, Bolivia-born architectural student Sandra Guillen created her Pipe Dream. The 16-feet-long, eight feet in diameter concrete pipe was designed to offer 100 square feet of living space, complete with a shower/toilet room, a collapsible bed, workstation, and even a covered porch.

The ingenuity of creators like Guillen and James Law (who founded the studio that built the OPods) proves that the problems of a rising population, sky-high home costs, and even the homelessness epidemic can be solved. If we continue to persevere for the good of humanity, there’s no telling how much we can accomplish.