Despite the growing need for housing across the nation, houses are becoming more expensive than ever. This is putting them out of reach for countless Americans. In fact, the rate of new houses being built now isÂ over 20% lowerÂ than the rates previously seen between 1975 and 2000, according to theÂ National Review.

Just last year, the United States needed more than 400,000 new homes to be built in order to accommodate the growing population. Unfortunately, few Americans can hope to cough up the funds for building a home in or around productive cities like Los Angeles or New York City. TheÂ National ReviewÂ notes that construction prices have risen by almost 33% in the last three years alone in the Bay Area.

But America isn’t the only nation struggling to match supply with demand. 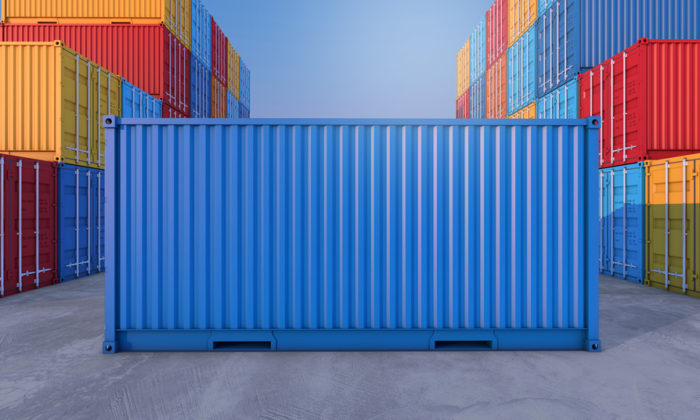 One of the world’s most unaffordable property markets is making it impossible for even well-paid citizens to claim a home of their own. Hong Kong residents simply cannot hope to establish roots in the New Territories in the traditional housing market.

This is where steel shipping containers and boxes come in.

In Hong Kong, prefabricated steel containers that look like shipping containers are being sold by the dozen amidst the area’s housing crisis. One of the most popular container homeÂ costs around $19,100 for 30 square meters.Â BloombergÂ reports that the cost of a down payment on an apartment could be more than double that price.

As a growing number of people move into these homes, however, more people are being put at-risk for legal consequences.

“Of all the prefabricated homes in the style of a container that I have seen in ads or online, I can tell you 99.9 percent arenâ€™t in compliance with the law,” claims Vincent Ho, one of the managing directors for Freevision Ltd.

This is because a citizen needs to receive government approval before construction of the property begins. It also has to meet certain standards, akin to zoning laws and building permits present in the United States. For example, these container homes need to comply with certain fire-safety codes, ventilation standards, and zoning laws established by the government.

Regardless, the demand for this type of home has only grown. Steel container orders have more than doubled in Hong Kong since 2016 and estimates claim that 40% of these containers are being designed to serve as home residences.

In Hong Kong, citizens have managed to shirk these laws and avoid detection since the majority of these homes are being built in obscure locations. But construction companies have taken note of their popularity and affordability. With backing from the government, a non-profit called The Hong Kong Council of Social Service plans to build 90 legal container homes within the city’s poorest areas. These homes are not meant to be permanent dwellings, but they will serve as a necessary form of housing as citizens wait for public housing.

American businesses have dubbed these living quarters “modular homes.” These homes are prefabricated by an offsite manufacturer, shipped to the buyer, and then assembled on-site. Where an apartment building might take more than a year to construct and rely on a number of specialized industries to make the final product, a modular steel home can be achieved in nine months and rely on cheaper labor.

This has become an increasingly popular option in Florida. Though shipping containers aren’t often built to withstand extreme weather, many Floridians have fallen in love with the eco-friendly design, affordability, and timeliness.

Should a homeowner worry about their home blowing away in a hurricane, a solid foundation can put these thoughts to rest. New concrete foundations only takeÂ between two and seven daysÂ while raised concrete can be used almost immediately. Securing the modular home to a strong foundation will ascertain it won’t blow away during periods of inclement weather.

Should the steel container home ever blow away, you never need to worry about it taking on damage. Every modular home sold in the United States has to pass a floor test where aÂ concentrated load of 16,000 lbsÂ is pressed onto an area measuring 44 square inches. The strength offered by steel ensures that your home will take on minimal damage should an accident or other natural disaster occur.

TheÂ four most-common metalsÂ used in the construction industry are aluminum, copper, carbon steel, and stainless steel. Because these modular homes are typically made from steel, they’re easily recycled. Even theÂ 2.5 million metric tonnesÂ of metalworking fluid sold throughout the world can be recycled, making it a green building process.

Even snowy Brooklyn has begun to experiment with modular homes.

Are steel container homes the wave of the future? It’s too soon to say. But as this trend grows amidst the nation’s worsening housing crisis, we might see the housing market start to change.