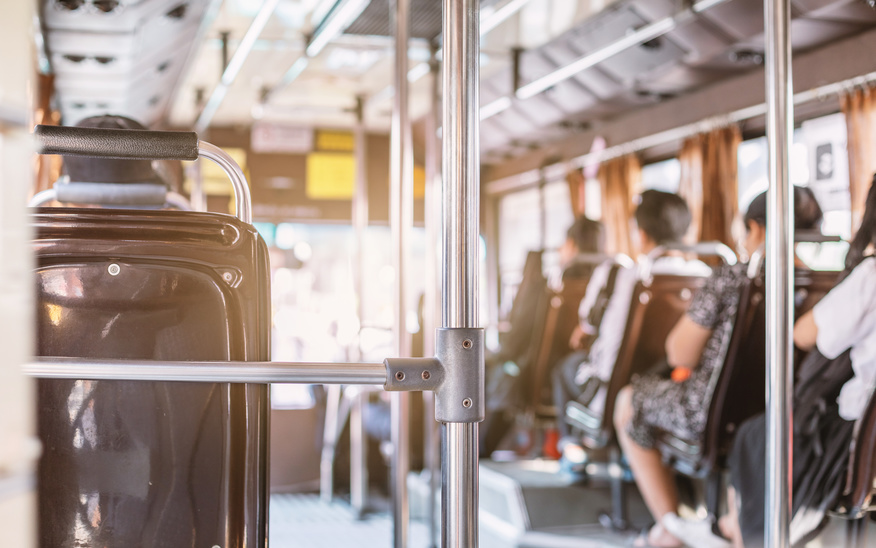 Going green is often easier said than done. While many people want to make the switch to an eco-friendly lifestyle, a lot of factors can get in the way. This is especially true when it comes to one of the largest contributors to greenhouse gas and carbon footprint: driving.

Cars are responsible for a large percentage of consumer contributions to greenhouse gasses and climate change. This is especially true in the United States, where the average American household owns 2.28 vehicles (with 35% of households owning three or more vehicles). Owning a car can often feel like a necessity; however, it’s certainly not the only option. Here are a few alternatives to cars that can allow you to stay eco-friendly while still getting where you need to go.

Depending on where you live, public transportation may be the best way for you to reduce your environmental footprint. Trains, buses, and other forms of group transportation cut down on carbon emissions by using an equivalent amount of fuel to a car to transport dozens of people, making the impact per individual person far smaller. In fact, motorcoaches create the least carbon dioxide per passenger mile compared to other vehicles and are roughly six times more fuel-efficient than single occupancy automobiles.

Of course, the viability of this will depend on your location. If you’re in a rural area and depending on the quality of public transportation in your area, your options may be limited. However, if you’re in an urban area, you could be in luck; many, though not all, major American cities now have a number of available rail lines to make public transit more viable.

Even if public transportation isn’t available, you still have several options to consider to reduce your footprint. Biking tends to be a preferred method of transportation, both for those who wish to go green and those who simply can’t afford personal cars. There are roughly one billion bicycles in the world today, roughly twice as many as the number of motor vehicles.

Any switch that you are able to make to help the environment is positive, even if it’s only temporary. Try taking the bus or walking next chance you get to see if it might be a change you’re willing to make on a daily basis.