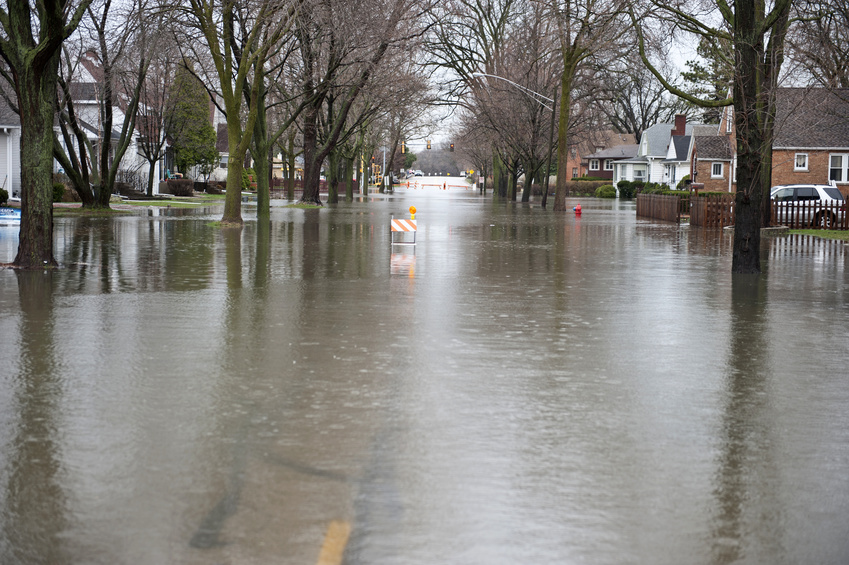 Yosemite National Park is typically a place where people can take a walk and explore some of Californiaâ€™s most beautiful scenery. But following heavy rain and flooding, parts of the park quickly became a place of dangerous swimming.

According to the LA Times, a tropical storm known as a â€œPineapple Expressâ€ storm dumped rain on Northern California earlier in April. The Merced River actually reached its flood stage as early as 8:00 in the morning on April 7 after the storm started April 6. More than three inches of rain covered the Yosemite Valley in a short amount of time. A whole 90% of U.S. natural disasters declared by the President involve some sort of flooding, and this may qualify under that category.

When the storm came to an end, SFGate says the Merced River came to rest four feet above flood stage at 13.73 feet. The park had been closed on April 6 just before the heaviest rainfall made its way to that part of California. It was closed all Saturday but was reopened Sunday at noon once the river settled back to its normal height. Park crews worked hard to make sure rocks, debris, and water was cleared from all roads before allowing people back into the park.

This storm was part of a larger storm that created record rainfalls in Sacramento, San Francisco, and Oroville. Parts of the Bay Area saw as much as six inches of rain, which is unusual for the area. The LA Times says this storm was an example of an â€œatmospheric river,â€ which is a long strip of water vapor that is loaded with warm tropical moisture.

Officials kept a close eye on how the storm impacted Lake Oroville where a spillway that crumbled last year has been partially repaired. Officials from the California Department of Water Resources planned to open the spillway gates and release water if the lake were to rise to 830 feet. After this storm passed, sensors revealed the reservoir at 799.5 feet high. If the lake were to reach 901 feet, it would spill over

Officials and residents of the areas will be on the lookout for potentially dangerous storms and flooding in the near future. While there is no major threat at this time, it’s always a good idea to be aware and prepared. The affected parts of California are great places to live. In fact, about 27% of Americans feel that real estate is a great investment. And sunny California is a popular destination for people looking to settle down. However, for those looking to buy in the listed areas, they should be aware of potential flooding threats, just like current residents and officials are.