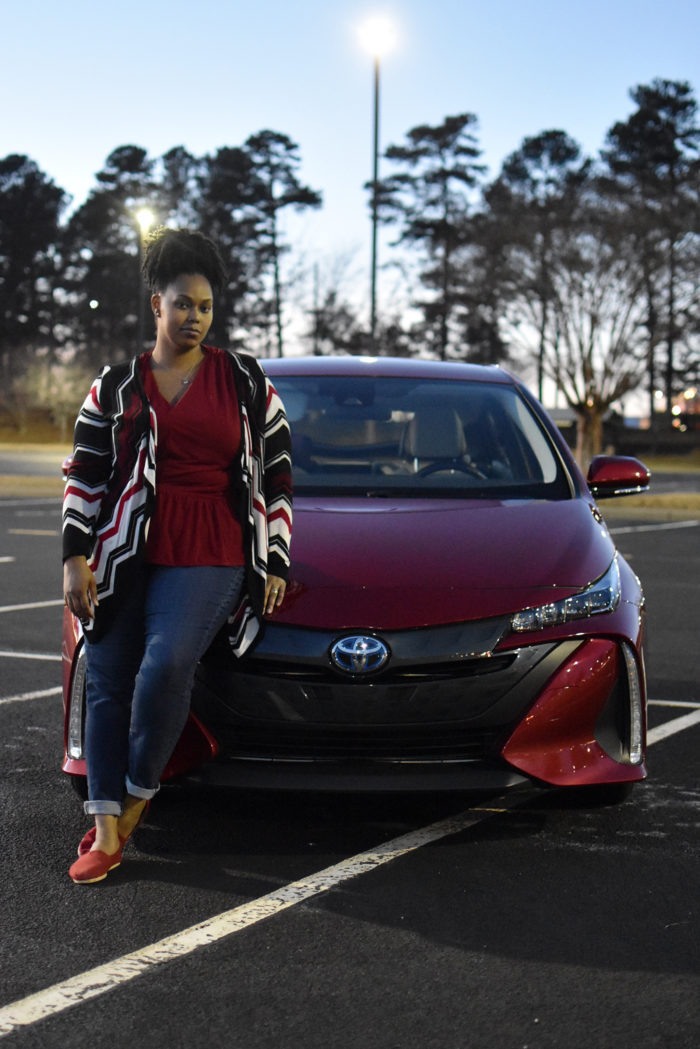 If there has ever been a car that epitomizes the idea of green transportation, it is the Toyota Prius. Ever since I started learning about sustainability, I have wanted to drive one. The idea of a car that gets better than 50 miles per gallon and run on an electric charge has always felt like car goals. Thanks to Toyota, I was finally able to meet that goal.

My family and I got to spend a week test driving the 2017 Toyota Prius Prime, and I have to say — this car will be hard to top. 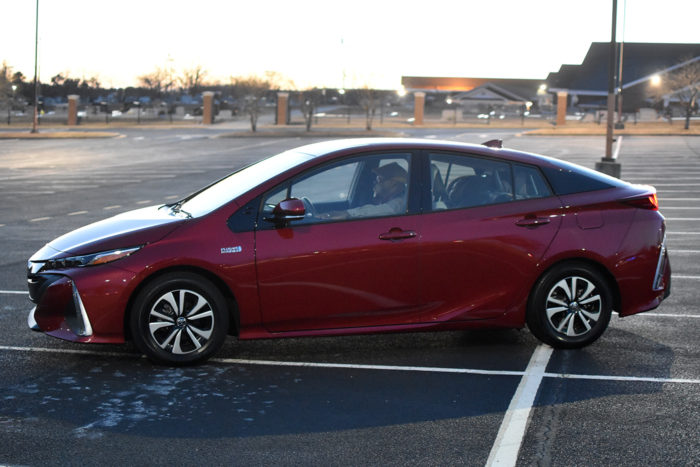 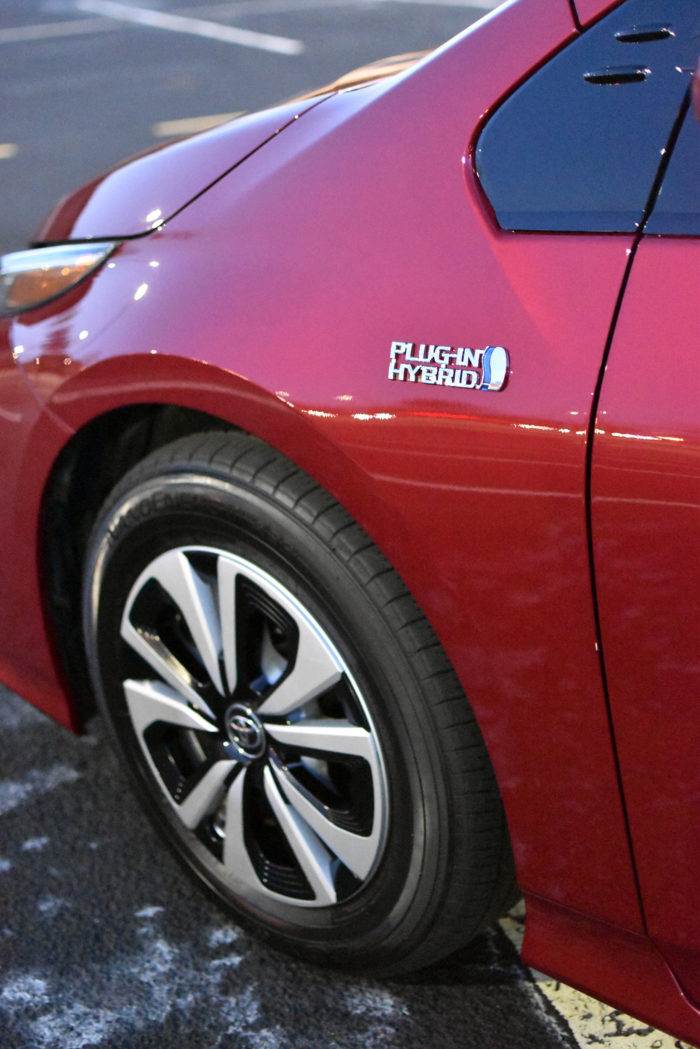 The Prius Prime is a fun little hatchback, 4-door car with room to seat four people. That’s right, just four. Initially, I wasn’t too happy about this. After all, we are a family of six, and it’s enough of a struggle getting all of us back and forth even when we have a car that seats 5. But realistically, this is a car designed for maximum energy efficiency, whether it’s using electricity or gas. And in that regard, the lighter the weight of the car and its contents, the better the efficiency. And four people are inevitably lighter than five.

Once I got past the initial shock of realizing the back seat literally only had two seats, the rest was impressive. 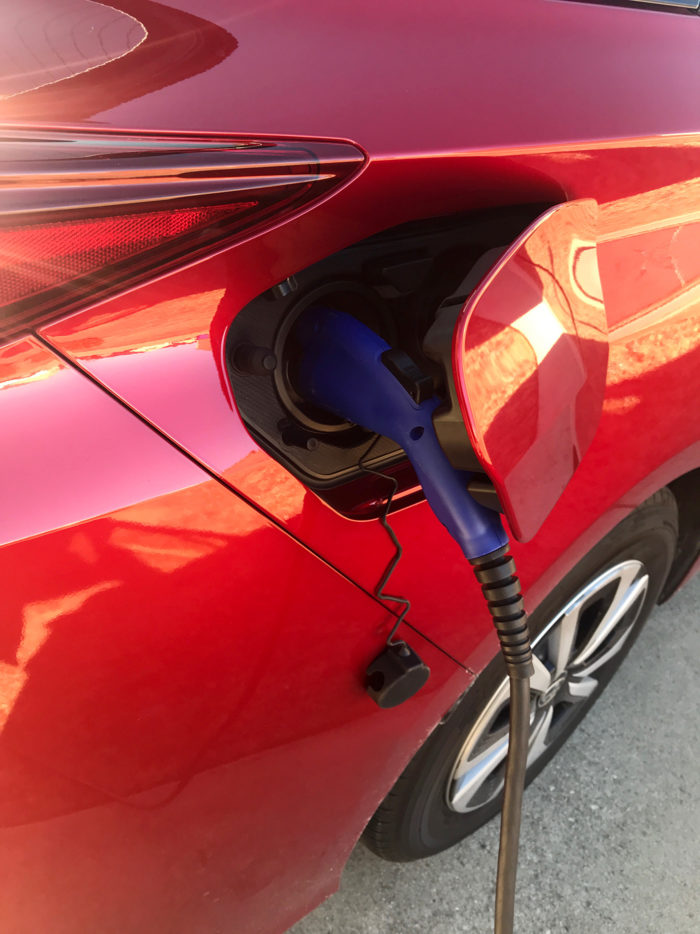 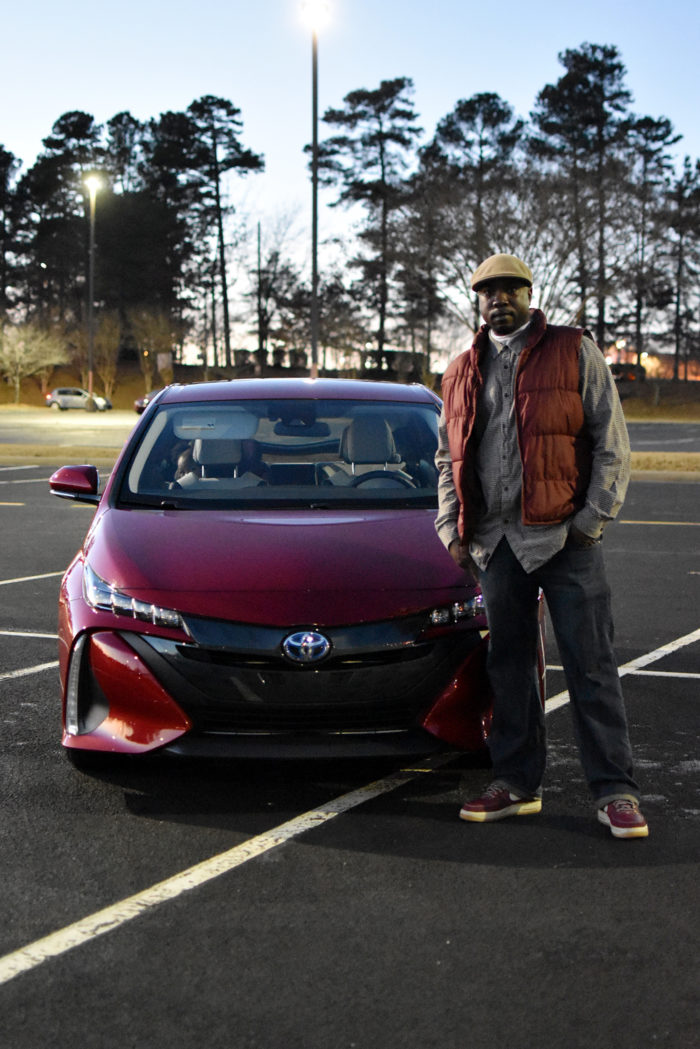 First, the obvious. Having never driven an electric vehicle, I was curious about the charging process. The Prius Prime makes it easy. The charging cord, which stows in a narrow compartment in the trunk, plugs into both the car and the outlet easily. But what’s to stop a random passerby from just unplugging the car while it’s charging, right? Well, locking the doors from the key fob also locks the charging cord in place. And three lights on the dash let you know when the car has reached a full charge. Because we charged overnight, I’m not sure exactly how long it took to fully charge the Prius, but it was always done by morning. Speaking about locks, I had to learn how to choose a reputable Calgary locksmith | Metro Locksmiths of Calgary. Something every driver should do, I believe.

And the difference in the gas mileage on a full charge was noticeable. We received the car for review on a Monday and spent the week going back and forth to Atlanta, about 40 miles away, a few times. By Saturday, we still had a half tank of gas. That’s my kind of gas mileage, please and thank you. 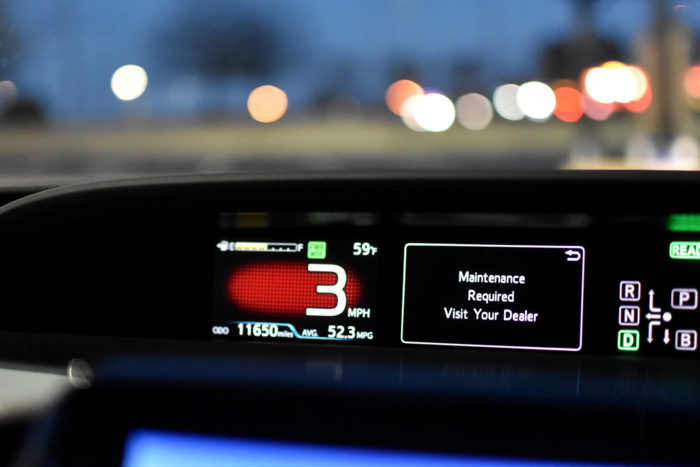 My other question about an electric vehicle is how much power it could really have. Honestly, it had as much power as any gas-powered vehicle I’ve ever driven. When I hit the gas, it moved. Fast. No delay, no dragging. And all of that with an engine that is considerably quieter than a gas-only engine. The first time I started it, I wasn’t even sure it had turned on. It’s just a really quiet car. It does get louder when the gas kicks in, but not by a whole lot.

In terms of interior space, the back seat felt more spacious than I expected. We have a four-year-old who is still in a large, convertible car seat, and there was more than enough room for her to sit comfortably without her feet or knees touching the front seat. Our older kids had enough leg room in the back seat as well, and the central console in the back made for handy storage. 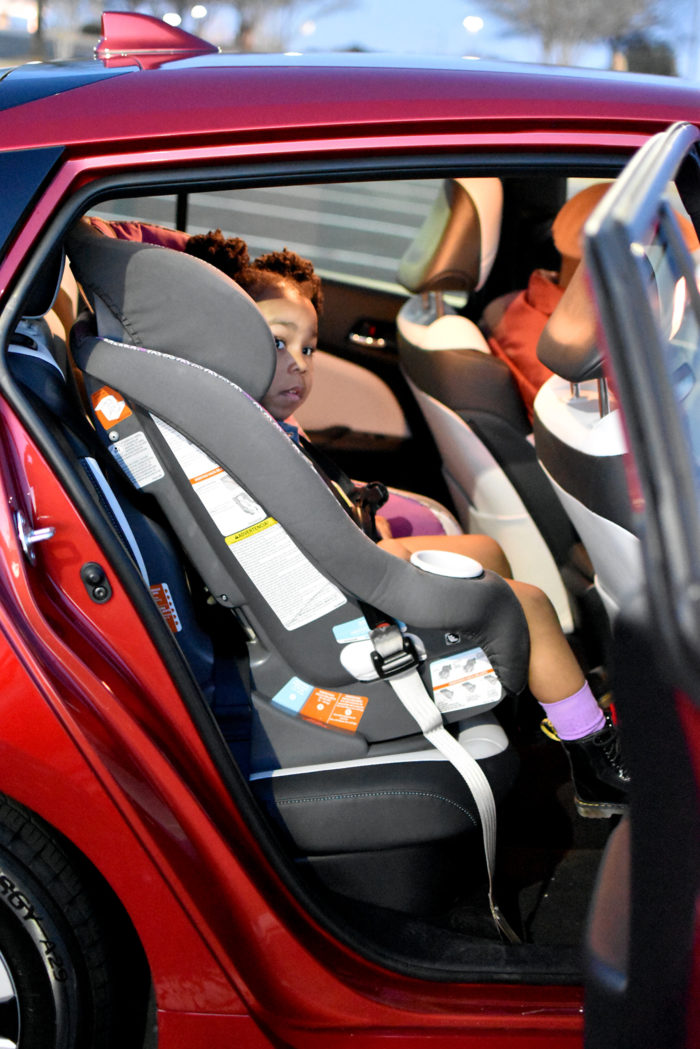 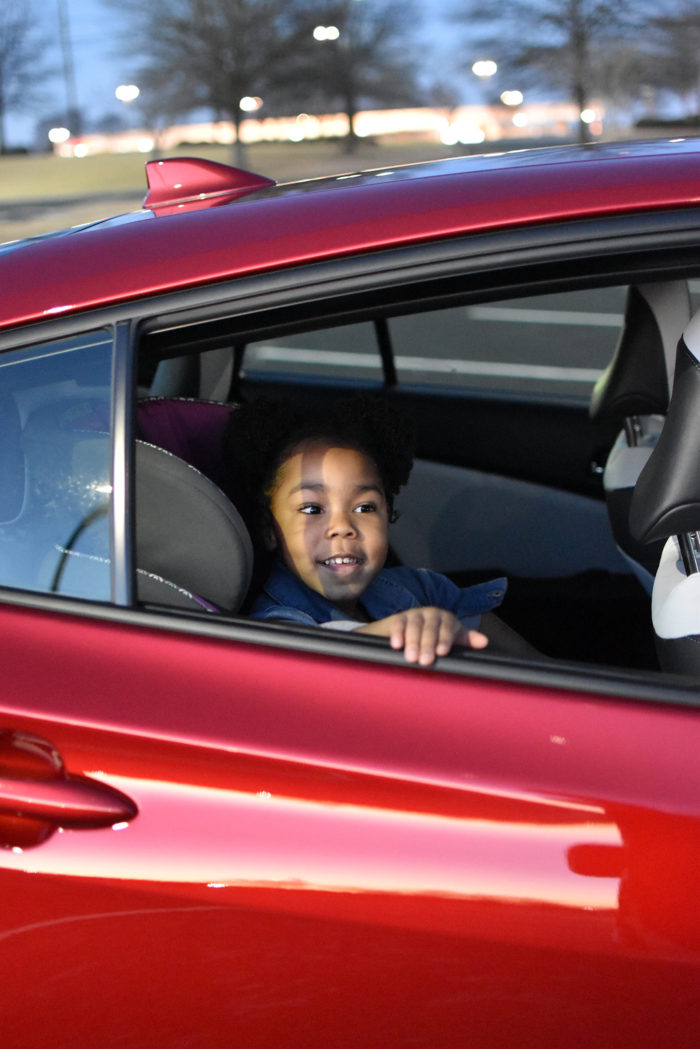 The trunk space was great for a car this size, with a lightweight collapsible cover that could be removed to make space for larger items. It was big enough for my toddler’s bike, for a trip to the consignment store to sell some of her larger toys, and for a trip to the grocery store. 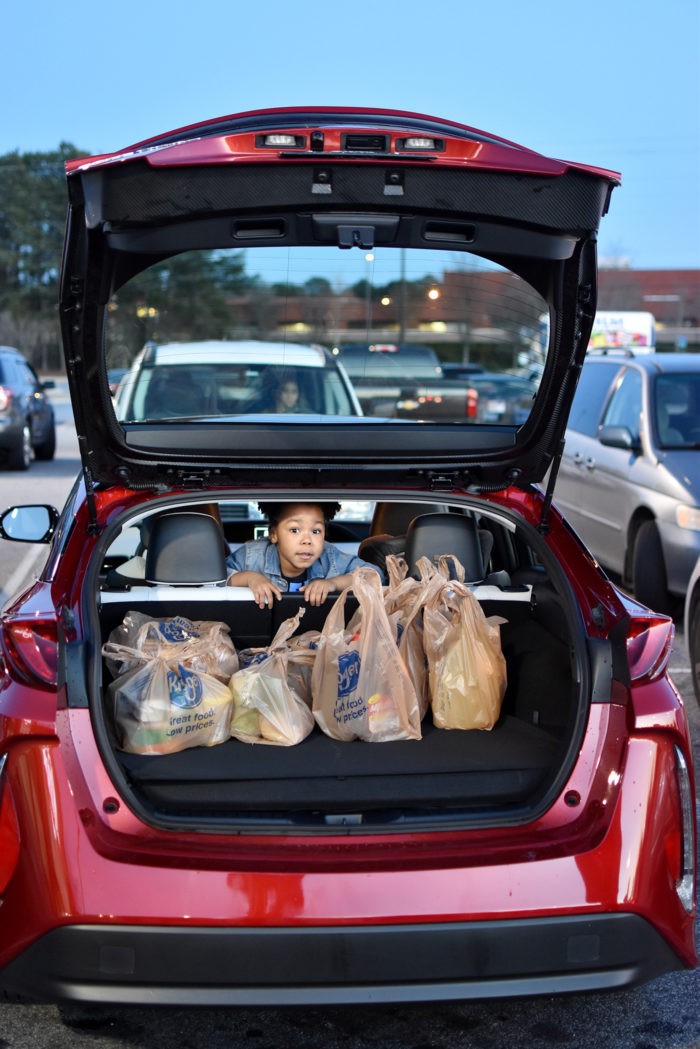 And last but not least, the interior feature that was the best thing we never knew we needed: The wireless charging tray. Listen: Whoever came up with the idea to put this in the Prius needs a medal. How many times have you left your house and kicked yourself for forgetting your phone charger? For me, it happens often, and even moreso when I’m driving a car I’m not used to. The wireless charging tray is conveniently accessible in the front seat, and even if your phone doesn’t allow wireless charging, you can use a simple plug and play card from Toyota to make any iPhone or Android compatible. This came in really handy more than once throughout the week. 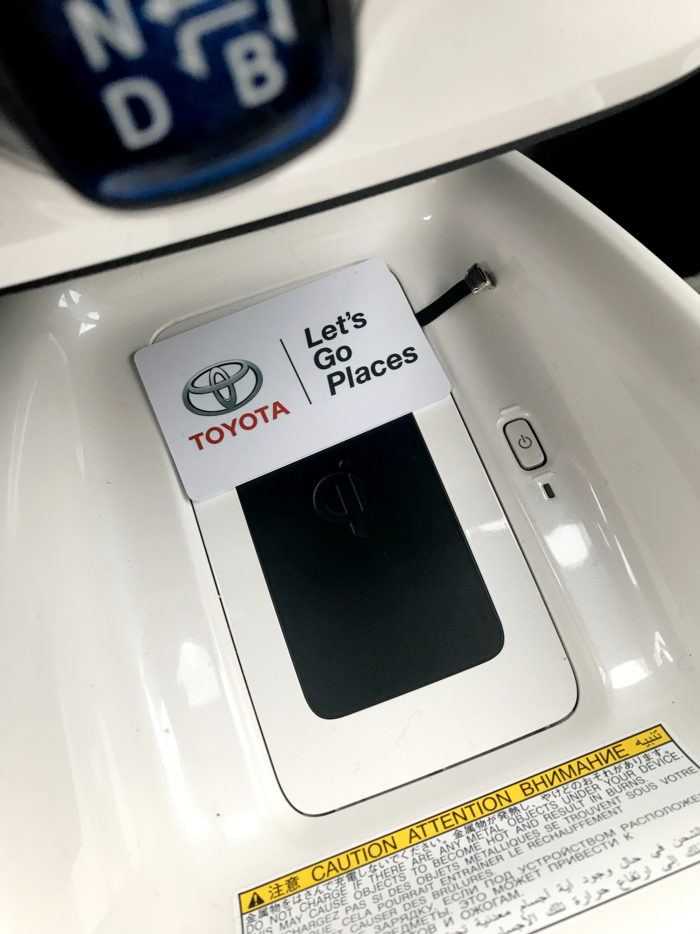 Overall, we really had a great time driving the 2017 Toyota Prius Prime. It was a great car with all of the features you’d expect from a modern car, including a huge touchscreen console with tons of features to include satellite radio, cruise control, lane departure warning, keyless entry and start, etc. But the features the make it energy efficient absolutely set it apart and make it a great choice if you are single or have a small family. For a larger family like ours, it could work as a second car, particularly because if we get a second car at all, we want it to have as small an environmental footprint as possible.

Prius owners, I finally get what all the hype is about. Totally worth it.

Next post: The Ultimate Two-Minute Guide To Buying An Eco-Friendly Watch