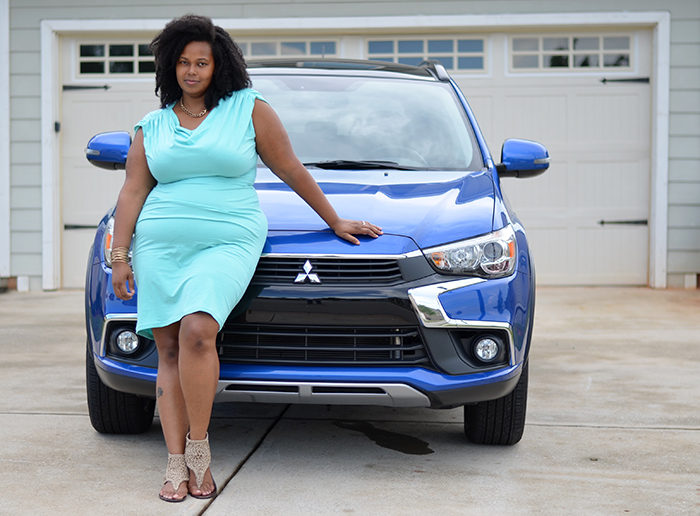 A few weeks ago, I shared that my family and I are in the market for a second car. Juggling a ton of competing household obligations becomes a real challenge when there’s only one vehicle to go around. So I am so excited to be working with Drive Shop Atlanta to review a variety of cars, in an effort to figure out what would work best for my family.

Check out my first review here. This time, I got to take the 2016 Mitsubishi Outlander Sport out for a spin. More accurately, a week’s worth of spins. And it is a fun spin. 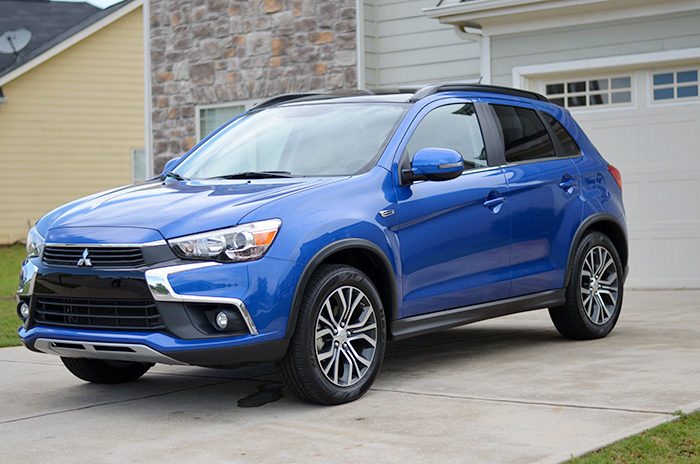 Can I just admit something for a sec? I am one of those people who really cares about the color of my cars. No. Seriously. I have walked out of a negotiation at a car dealership because they tried to insist on selling me a car in the ONLY color I said I did not want. Really. It matters to me that I like the color of my car. And I love the color of the Outlander I reviewed. The bright blue makes me happy, and it’s a head-turner. More importantly, it helped me find the car in a crowded parking lot when I walked out of the grocery store having forgotten what car I was driving. So there’s that. Lol!

There’s also another aesthetic feature of the Outlander that made my heart go pitter-patter: The amazing sunroof. It was pretty much impossible for me to get a great photo of it because it’s so large, but please trust me when I tell you that we enjoyed it. Unlike most sunroofs that just give the front passengers a view, this one stretched far enough back that our girls in the backseat also got to enjoy the sky going by. And at night, it lights up via two strings of LEDs just under the glass along both sides. Fancy. 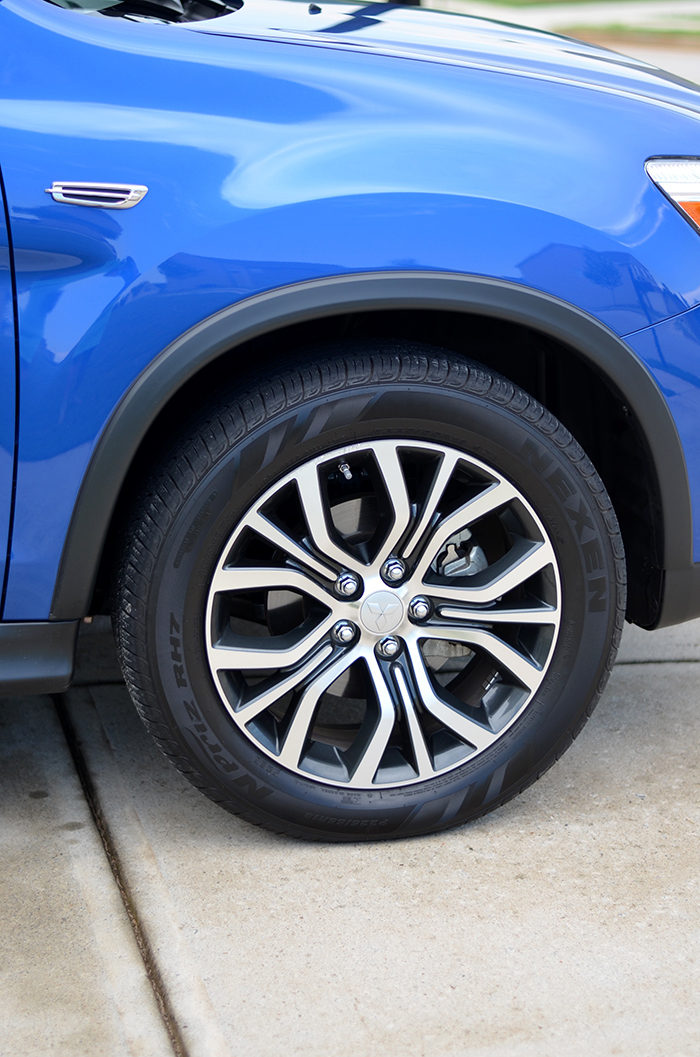 I was also in love with the wheels. I grew up in a generation of people who would spend tons of money on fancy rims for their cars, so it was nice to have great wheels come standard. 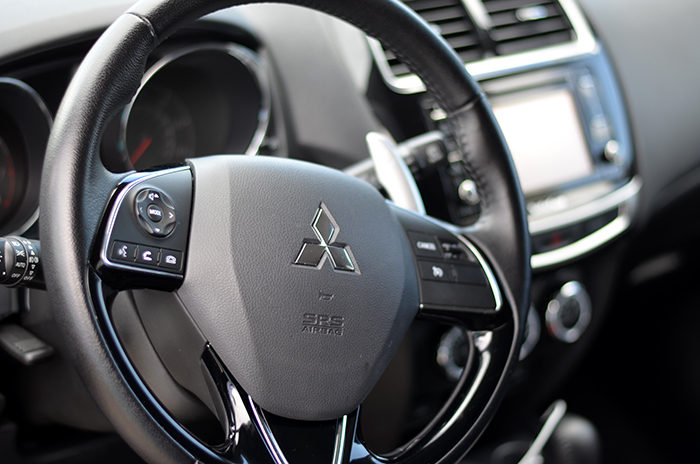 I never realized how much I’d love this feature until I had it. It’s not one of the things I’d ever have thought to look for on a vehicle, but I can’t tell you how convenient it is not to have to go digging through my purse for the keys every time I want to get into or start the car. Seriously. Whoever thought of this is a genius and I owe them a cup of coffee. Or something stronger. 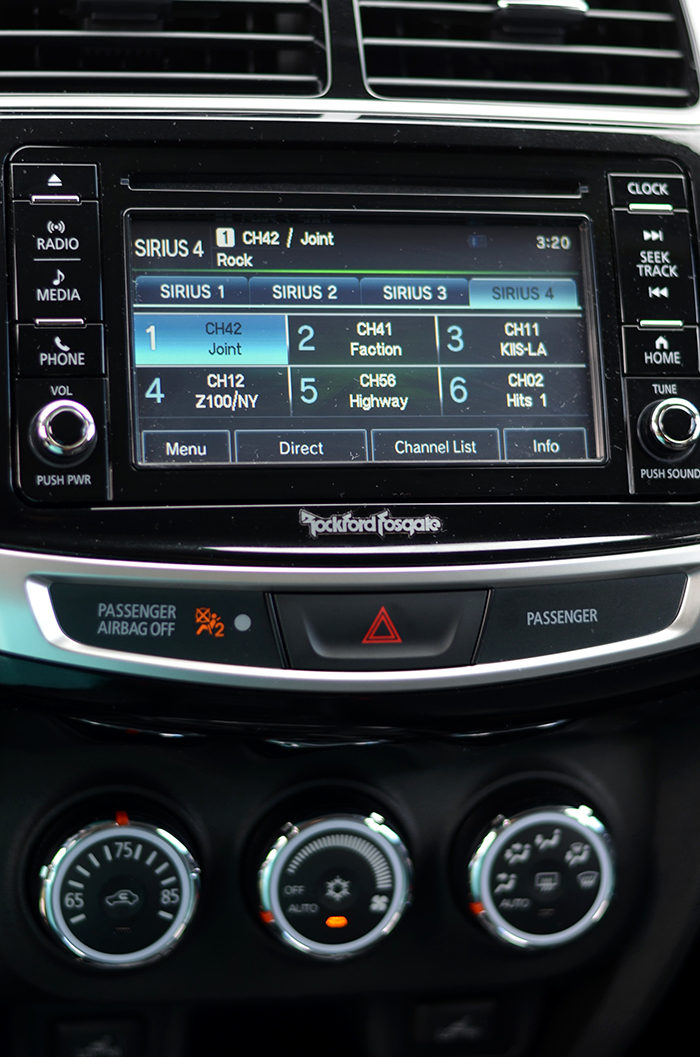 I was so happy to see a relatively large touch-screen interface to control the car’s audio system. Seriously. It is so much easier to use that than trying to scroll through radio stations to find what I’m looking for. Plus, satellite radio is always a hit.

I did wish the screen also came with navigation, but I’m used to using my iPhone for that, so it’s not a deal-breaker.

It was also supremely helpful to be able to connect my phone to the car’s audio system via Bluetooth for hands-free conversation and so I could play music from my Spotify account or my phone’s library. 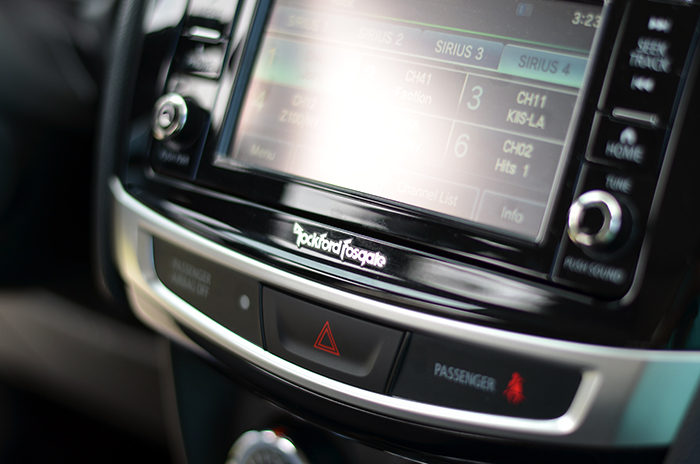 And speaking of audio, my husband was impressed that the stereo system was by Rockford Fosgate, which apparently is a big deal. The speakers were loud, crisp and clear â€”Â and as a musician, I don’t think anything could’ve made him happier.

This has become a feature that I genuinely enjoy having in any vehicle I drive. We live right at an intersection in our neighborhood, and we have to back out from our driveway right into traffic from a couple of different directions. It is really helpful to have a camera that gives me a wider range of vision, and it also gives me peace of mind that I’ll never accidentally back into a pedestrian, as we tend to have a lot of kids walking the neighborhood. It also helps when backing out of parking spaces in crowded lots, and for getting close (but not too close) to whatever is behind me when I’m parking. 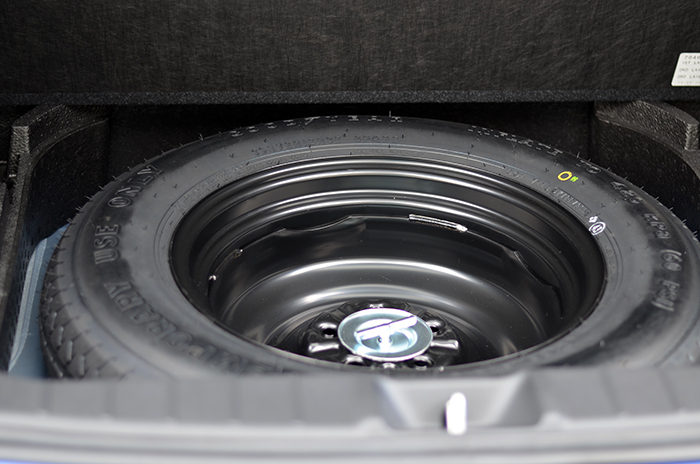 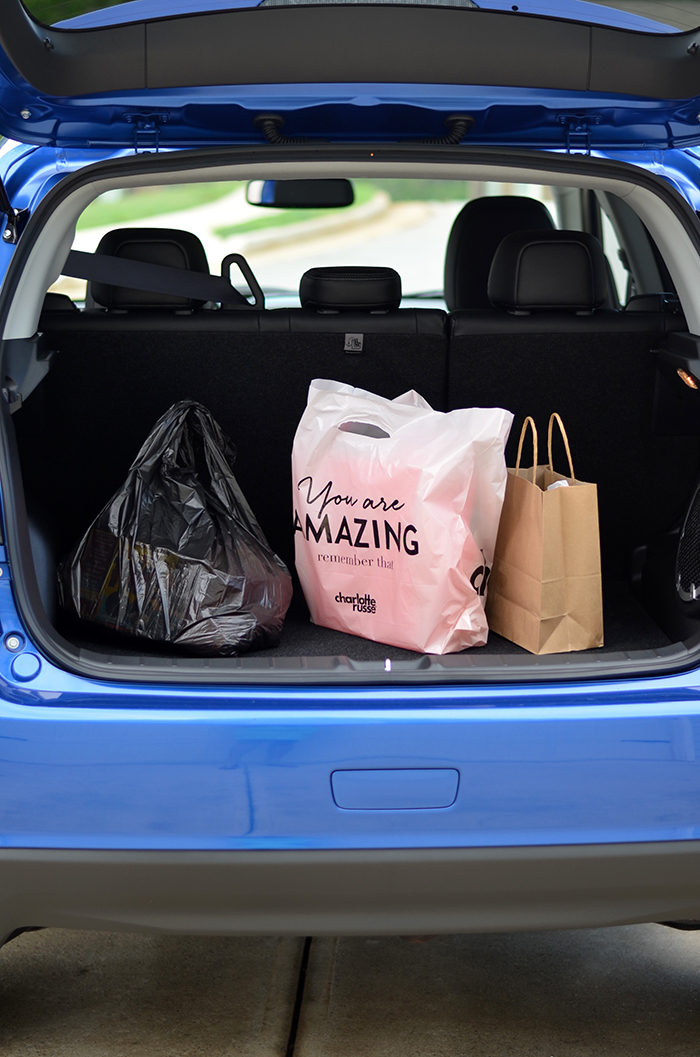 Beyond those standouts, there are other standard features that just made for an effortless, comfortable ride, including cruise control, 7 standard airbags, a LATCH system for easy installation of a car seat, child locks on the doors (absolutely necessary with a small back seat that leave the door handles easily within reach of an inquisitive toddler), full-size spare tire, security alarm, USB outlet and standard car outlet for charging devices, power door locks, windows and mirrors, and more. It’s just a really nice car to drive, and it driving it left my husband and I feeling young and sexy â€” the complete opposite of what we feel when we’re driving our practical, but completely un-sexy minivan.

If I had any complaints, it’s just that the back seat is a bit small when you have to install a large car seat. Given that this was the same issue I had with the last crossover I reviewed, I think next time, we’ll try a different vehicle class. Maybe a car, if the backseat space will be similar anyway, or maybe a larger SUV.