We’ve reached the point in the summer when the days feel really long and I’m struggling a bit to keep the kids occupied. All day. Pretty much every day. So sometimes all I want to do is sit everyone down and find something funny to watch. We pop popcorn and laugh until our sides hurt — also known as Movie Night.

We’ve been a little short on new material, so when Walmart sent me Paul Blart Mall Cop 2 on DVD, I knew that my daughter — who absolutely loved the first movie — would have no objections at all. 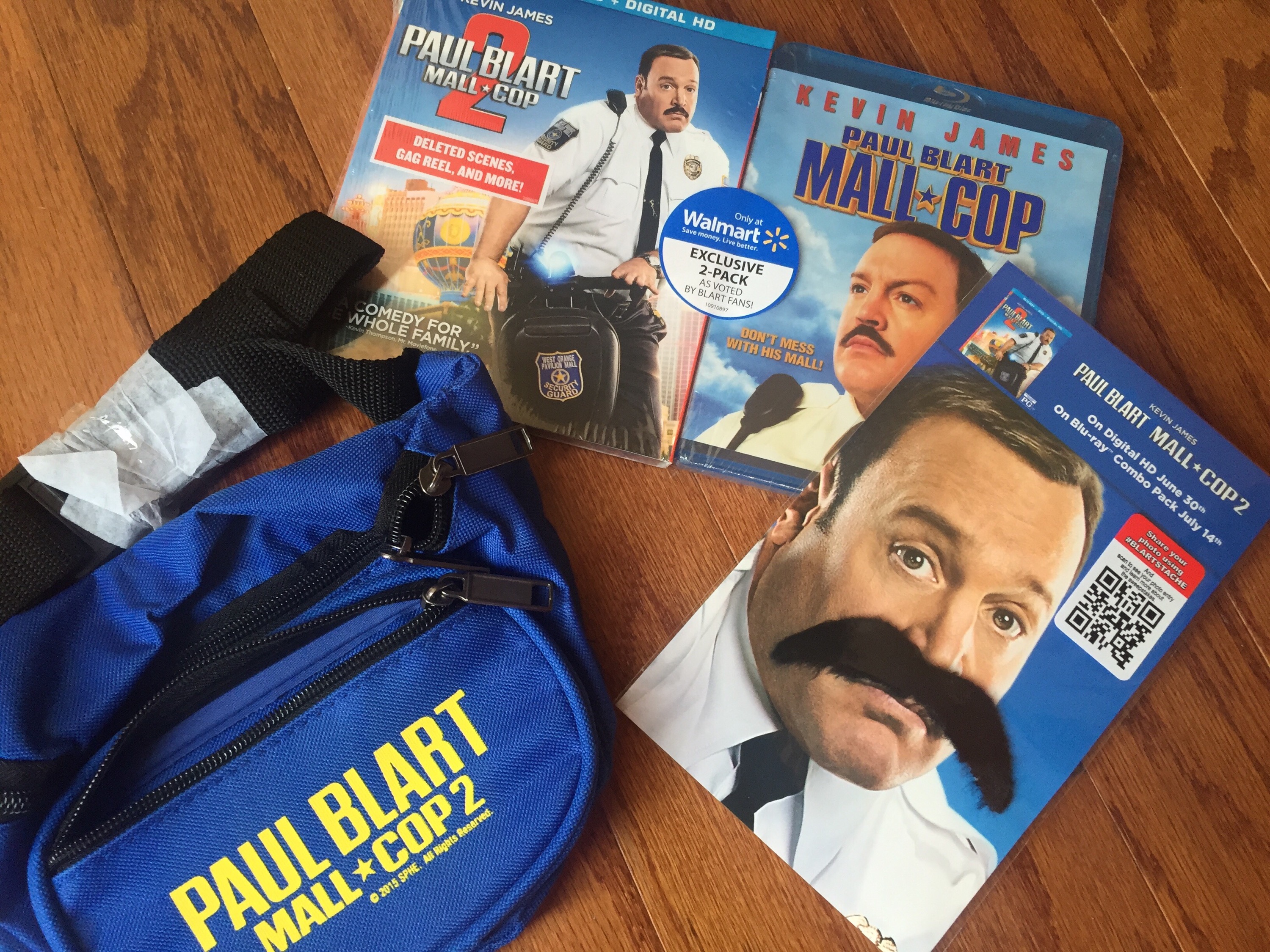 The second time around, Paul Blart is back at it again — taking his low-level security job waaaaay too seriously, and having that somehow lead to him stumbling his way through saving the day. This time, the action takes Blart and his daughter to Las Vegas. And by action, I mean Blart running into, falling off of and rolling over things. That’s honestly the best part of these movies: Seeing just how much punishment he can take. That, and how oblivious he is to the fact that everyone else thinks he’s a joke. Also, #nospoilers, but it’s SO worth waiting for the last few seconds of the movie.

Anyway, to celebrate the hilarity that is Mall Cop 2, we all took #Blartstache photos with the fake moustaches we received with the movie. How ridiculous do we look? 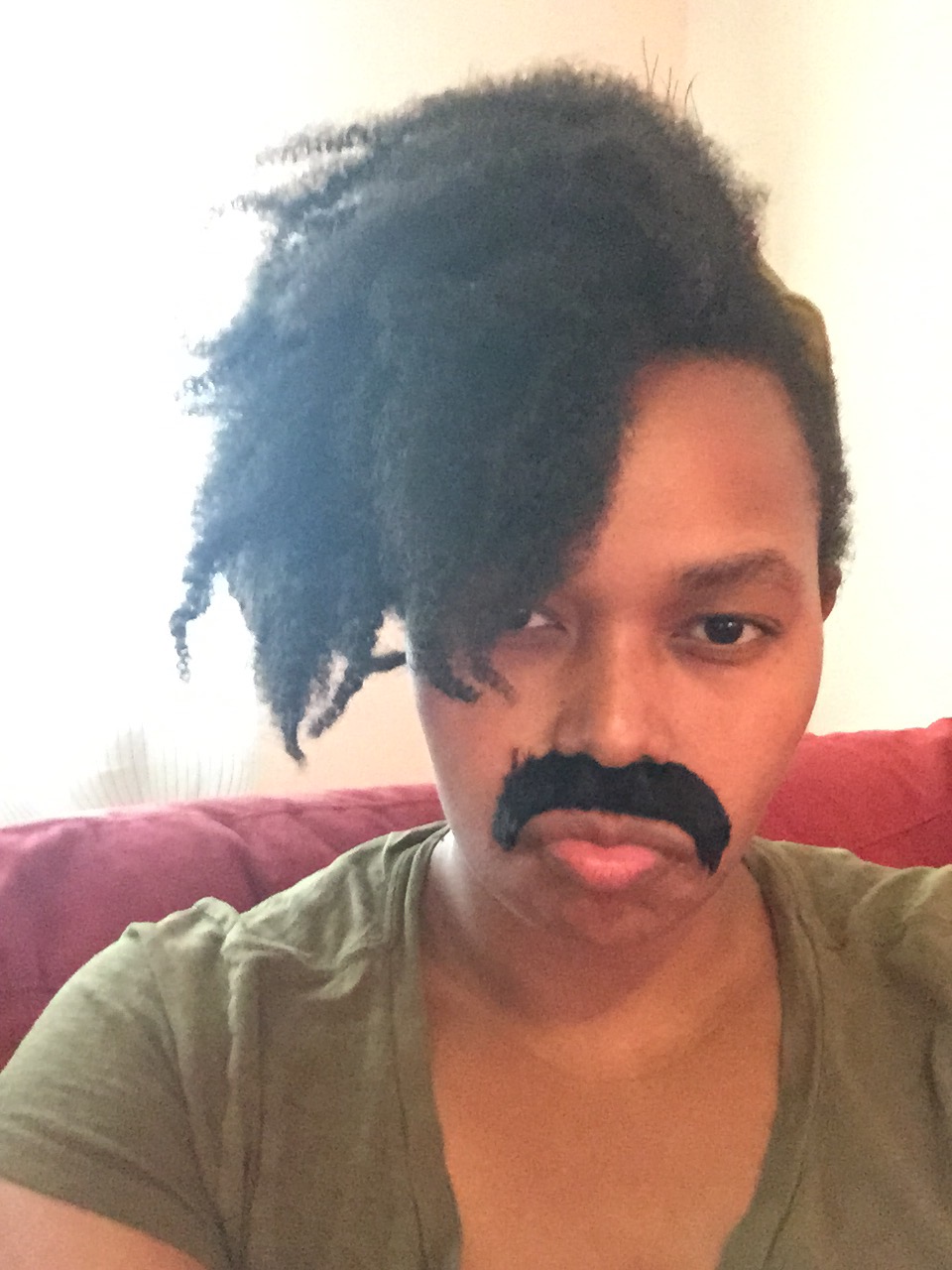 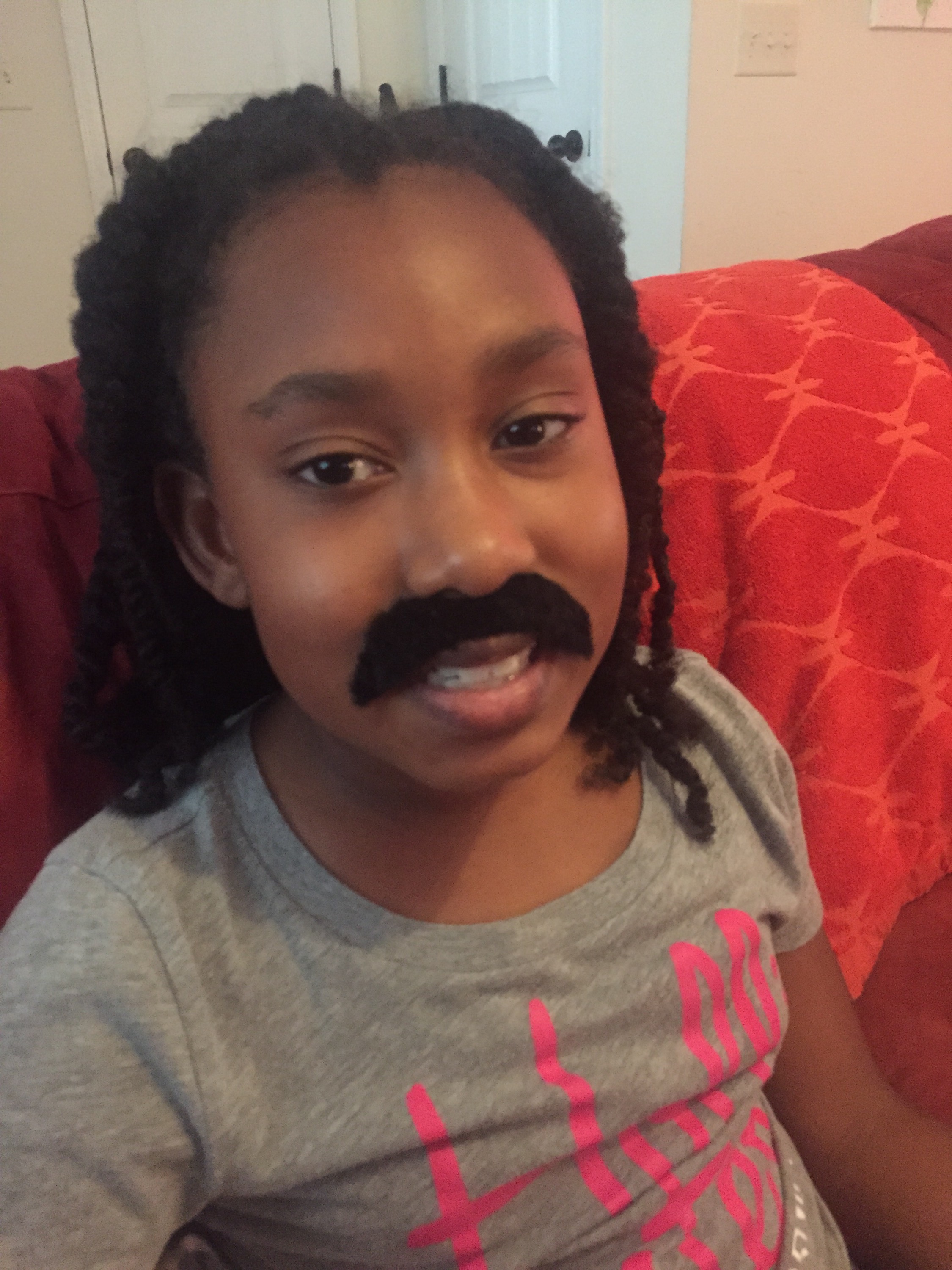 Juliza may or may not have had to be coerced to make this happen. 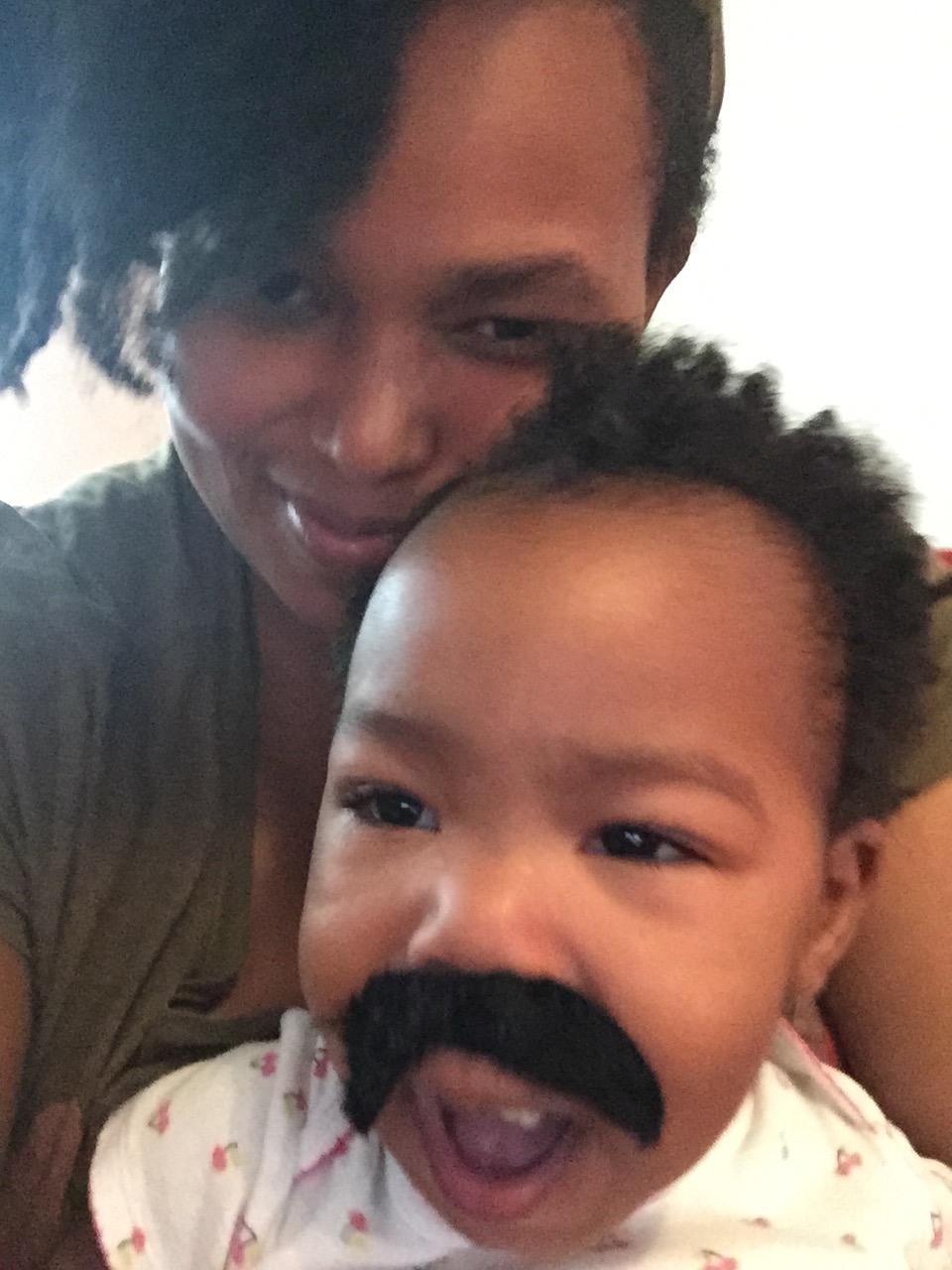 Those photos will forever make me giggle. We also received a couple of fanny packs, but I don’t think I’m quite enough of a good sport to be caught in a photo wearing one of those O__o

You can actually get both Mall Cop movies in an exclusive 2-pack at Walmart for just $24.87, starting tomorrow. 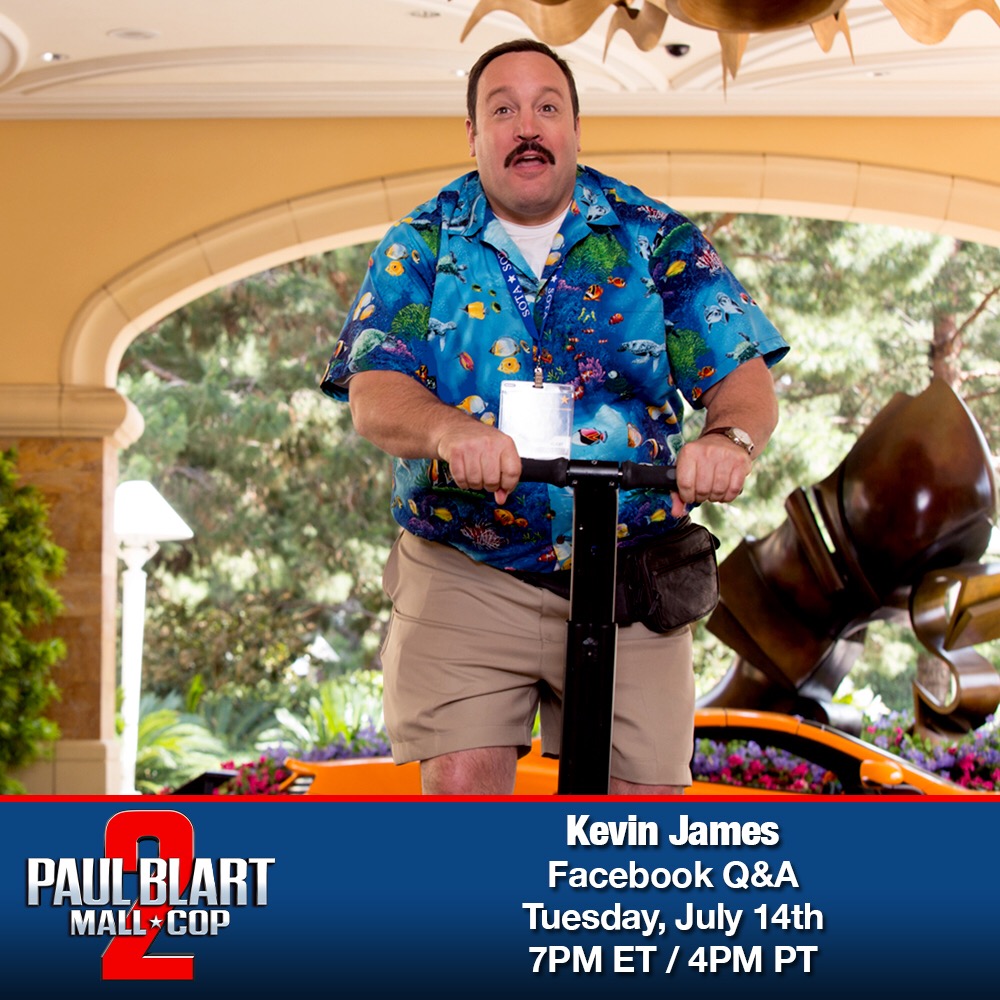 You can also participate in a Q&A with Kevin James at the official Paul Blart Mall Cop 2 Facebook page tomorrow at 7pm ET. I can just imagine the questions he’s going to get, but it promises to be hilarious!

Previous post: Back to School Prep: Finding a Backpack