Skip to content
Disclosure: I participated in an Influencer Activation on behalf of Influence Central for Weleda. I received product samples to facilitate my review as well as a promotional item to thank me for my participation. All opinions and reviews are my own. 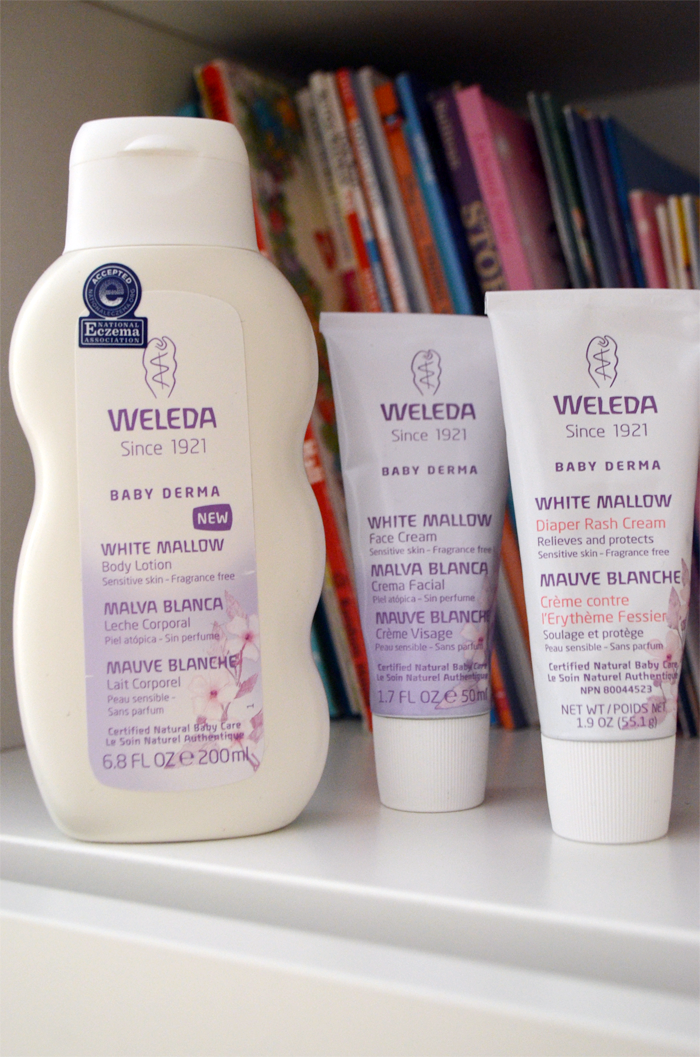 When it comes to baby Juliza’s skin, I have no choice but to be very particular about what we put on it. First, there’s the fact that there are a lot of questionable ingredients in a lot of products, but there’s also the fact that her skin is very sensitive and prone to dryness. So when I got the opportunity to test Weleda’s new Baby Derma White Mallow Collection, designed specifically for sensitive skin, I thought we’d give it a try.

Weleda is well known for their natural, holistic products â€”Â has been since 1921 â€” and this line is no exception. The average organic content of the Baby Derma White Mallow products is 93 percent. It features organic white mallow, pansy and plant oils, the combination of which promises to soothe irritated skin and provide natural protection from future irritation. It’s also designed to help treat eczema. While Juliza hasn’t been officially diagnosed, she does sometimes have dry patches like many eczema sufferers.

We received the White Mallow body lotion, face cream and diaper rash cream to try, and I was excited to put them to the test.

We’ve been fortunate in that baby Juliza has never had a diaper rash. I feel like I’m going to jinx us by saying that, but it’s true. The Baby Derma White Mallow diaper rash cream is clearly designed for protection in case of a rash. It is thick and coats the skin really well, and I can absolutely see how essential that would be if she had a rash. However, it is a bit much for everyday use if your baby doesn’t need it. Because it is so thick, it does leave a white residue. That mostly fades by the next diaper change, so that’s not a really big deal, but it does take some extra attention to get it off when I wash my hands after using it. 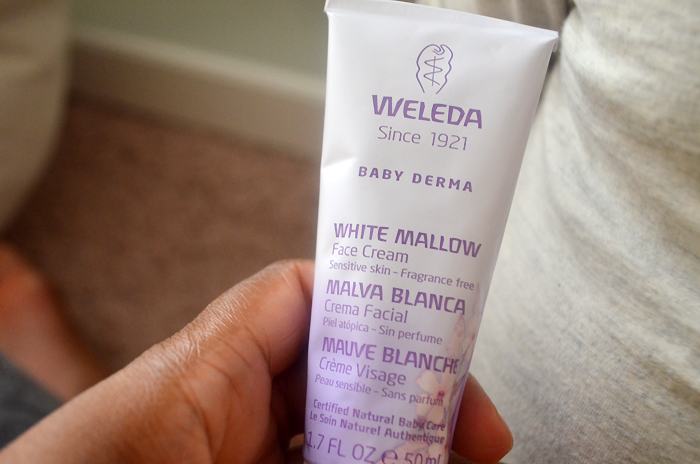 The skin on Juliza’s face has always been super sensitive, and as such, she winds up with scratches on her face more often than I’d like. She also has some dryness on her face, but we usually just use a little coconut oil to help with that. Now, it’s really great having a product specifically designed for use on her face. A little bit goes a long way, and just a smidge is enough to moisturize her whole face. 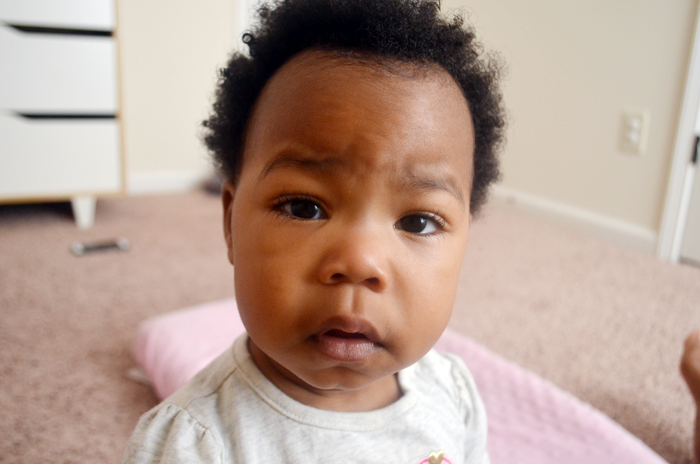 Since we’ve been using the face cream, her skin has been a lot smoother. And maybe it’s just me, but it feels like the marks from previous scratches have faded. I can’t tell for sure if that’s because of the face cream, or just because enough time has passed that they’re not as visible, but the face cream certainly hasn’t hurt. 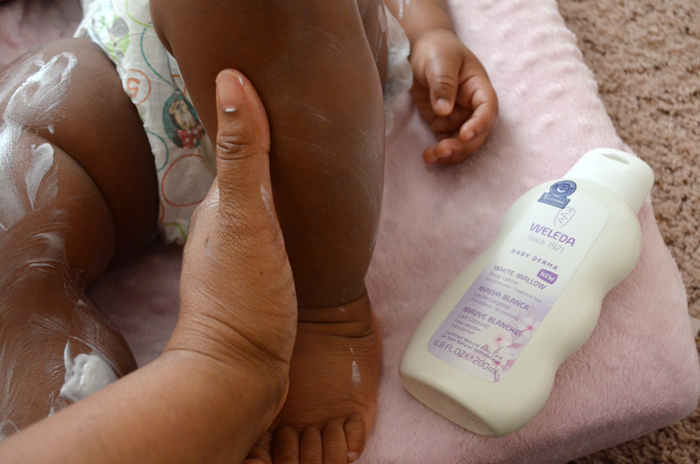 We go through a lot of lotion, because we like to keep our skin well moisturized. For baby Juliza, this is even more important because she gets dry really fast. So any lotion we use has to do a great job of adding and sealing in moisture. The White Mallow lotion feels light, but goes on thicker than you might expect. I had to train myself not to use too much. It rubs in easily with no residue and moisturizes pretty well. I had to apply it twice a day, but that’s true of most of the lotions we use for Juliza.

It is technically fragrance-free, but it does have a really slight, sweet smell that I like a lot. It’s nice without being overpowering. This is really a great option with ingredients I can use without worry.

And really, that’s the most impressive thing about these Weleda products: The way they are made. The White Mallow Body Lotion is 95% organic, the face cream is 97% organic and the diaper rash cream is 86% organic. That is exactly what I want in products I’m using for my precious little one, and I’m sure there are a lot of moms out there who feel exactly the same way.

You can find Weleda products at Whole Foods Market, select natural health food stores, buybuyBaby and at usa.weleda.com. Plus, if you’re shopping at the Weleda website, use promo code WELEDABABY to get 20% off your purchase. The code expires on June 30, 2015.