I feel like I start every one of these updates in exactly the same way: Disbelief at how fast my little jellybean is growing up. So why break with tradition? This one will be no different.

The one year mark is creeping up on us slowly, but surely, and I can’t deal. My baby is 10 months old today! 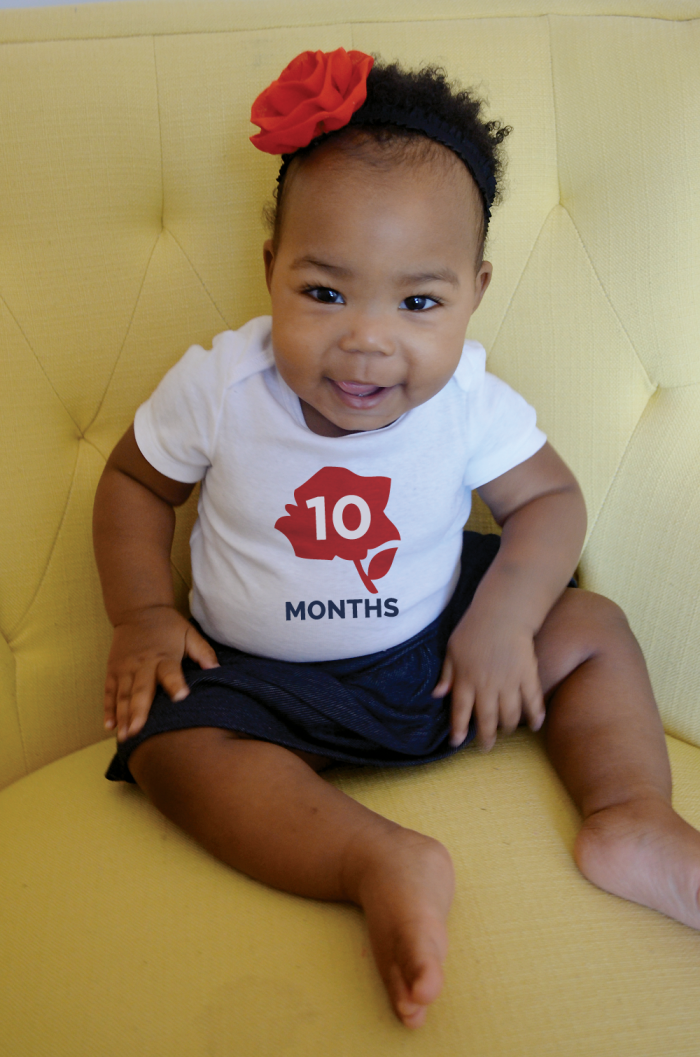 It’s getting harder and harder to take these monthly photos, because my little wiggleworm will not sit still. I even tried taking a photo standing up this month to accommodate all her energy and show just how big she’s gotten. Except she wouldn’t pay me any attention. 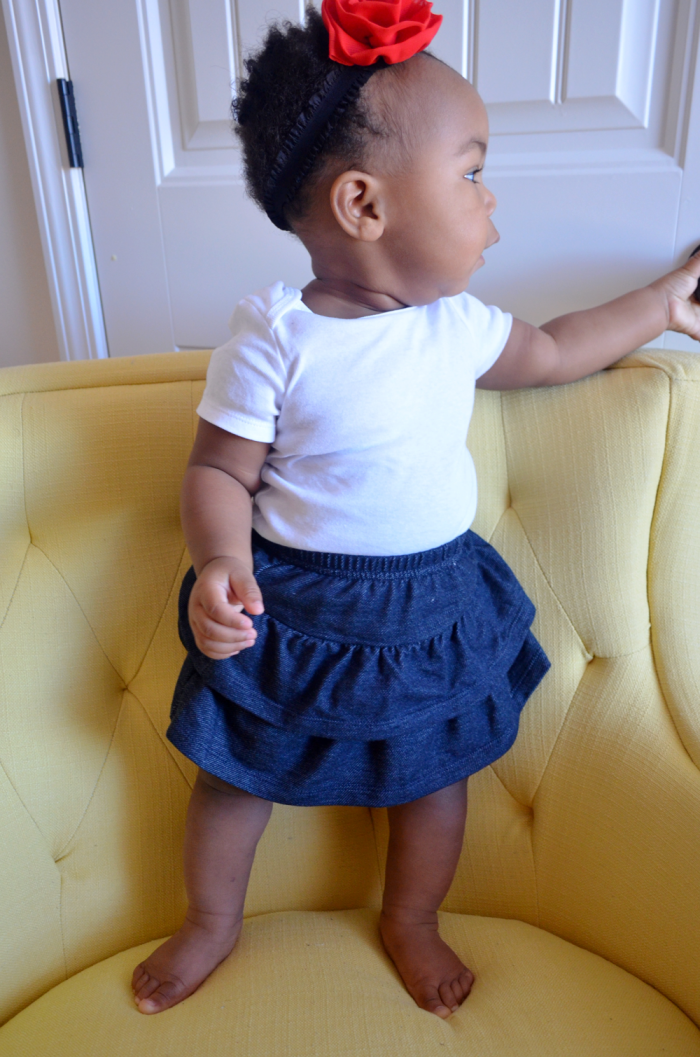 Yeah. That didn’t go so well.

Anyway, I am trying not to freak out about a couple of things this month. Juliza’s first birthday is coming, and I’m wishing that I could pause life, at least for a few more months so I get to enjoy her cuddly infant goodness a little longer. But the rest of my trepidation is about something slightly more immediate: the prospect of her walking.

Why is it so immediate? Well, there’s this.

I made that video yesterday morning, and since then, she’s been taking tons of tentative steps. The most I’ve seen her take is five in a row. And earlier today, she was able to take three steps, stop, find her balance, and take two more. Which means that full on walking is no longer some far off prospect that will happen “one day.” That sentiment now has to be revised to “any day now.”

On top of that, she can already climb all the way up the stairs. She started small, with just one step.

Soon though, she proved to my husband and I that not only can she climb to the second floor â€” she can do it really quickly, with little hesitation and no fear.

Before you worry, know that we only let her climb the stairs when my husband or I are really close behind.

Other things she’s done this month:

All of these milestones she has hit mean that she is really becoming a little girl. Not just a baby. It’s exciting to watch her hilarious little personality emerge, and she’s already a spitfire. A gorgeous, cuddly spitfire with envious eyelashes.

A spitfire who still refuses to sleep in her own bed for the whole night, and who preys on the fact that by the time she wakes up crying at 3 a.m., I’m too bleary-eyed and exhausted to fight with her for an hour to get her to stay in her room. This part of infancy? I won’t miss it at all.

There are some things I am enjoying though. Her hair has grown a lot. Well, everywhere except the back and right at her temples. But it’s long enough to style now, when she sits still long enough to let that happen.

I also didn’t anticipate just how tough it would be to work from home with my wonderful little one underfoot all day. It’s genuinely challenging, and I’m doing everything I can to work with our new normal, even if it means that I’ve had to slow down a bit.

So while this tenth month has left me alternately wistful, excited and frustrated, there is one thing that can only be described as awesome. She finally said mama! Also, her new favorite word is “up!” Said emphatically. But “mama” is still the best.

And I’ll leave you with that…