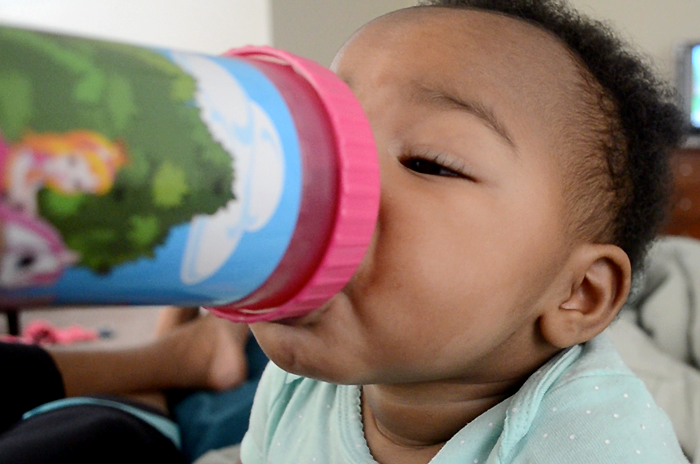 I love breastfeeding. Really I do. Baby Juliza and I have been at it for almostÂ 10 months now with no sign of stopping soon. I can honestly say that it has been one of myÂ best experiences as a mother. So what’s the problem? Well…this nursing relationship has left baby Juliza really, really attached to me â€” day AND night.

This was completely understandable when all of her meals literally came from my body, especially since she started refusing a bottle altogether when she was about 4 months old. However, how that she’s a bit older and trying new foods, I knew it was finally time to loosen the reins, just a smidge. When Walmart asked me to try their USA Kids sippy cups, I thought I’d take the opportunity to try getting her to drink from something other than me. 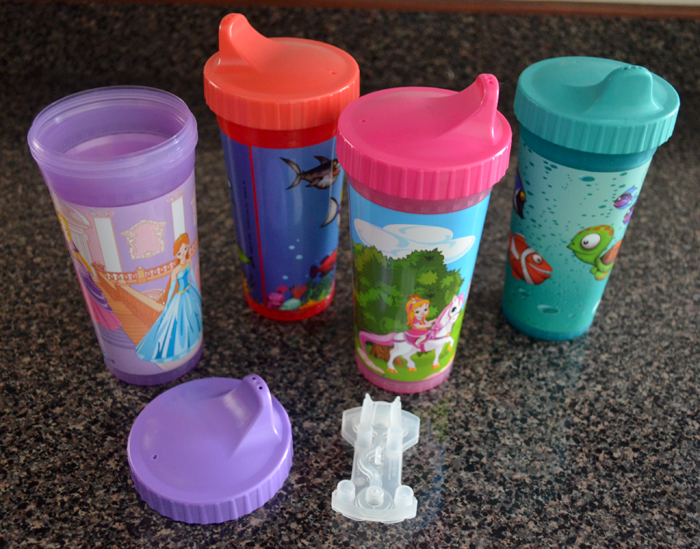 There are a couple of features of USA Kids’ cupsÂ that make this green mama happy:

Outside of plastic and stainless steel, there aren’t many materials from which sippy cups can be made. If I’m going to go with plastic, I’m thankful that these are made in the U.S. (hence the brand name), where safety standards can be carefully monitored and jobs can stay here where they are needed.

I also need any new plastics I bring into my home to be Bisphenol A (BPA)-free. The problem is that BPA can leach into food and drinks from containers and cause health problems in animals, and possibly people. Because I have no desire to make my baby a science experiment, this is a genuine deal-breaker for me. So I’m thankful that these USA Kids cups do not contain BPA.

Not all plastic can be recycled, so this is a pretty sweet feature.Â It means these cupsÂ don’t have to end up in the landfill once they are no longer useful to us (though I’d probably try to reuse first).

Of course, this particular product test isn’t as much about me as it is about Juliza. So how did it go? Check out this video.

If you couldn’t watch the video, let’s just say she was tentative at first. I pumped and gave her some breast milk in one of the cups. She has used a soft-nipple cup a few times, so cups with a hard spout are still very new to her. I’m glad to say, though, that after a while, she got the hang ofÂ using the USA Kids cup.

She didn’t drink very much milk from it, in part because the source (ie. my boobies) were just inches away from her head. But the fact that she drank any at all gives me hope that if I will soon be able to leave the house alone for more than a few hours, and she’ll be able to drink pumped milk from a cup. As much as a really dislike pumping, it will absolutely be worth it if I can gain a little freedom and detach Juliza from me for a bit. 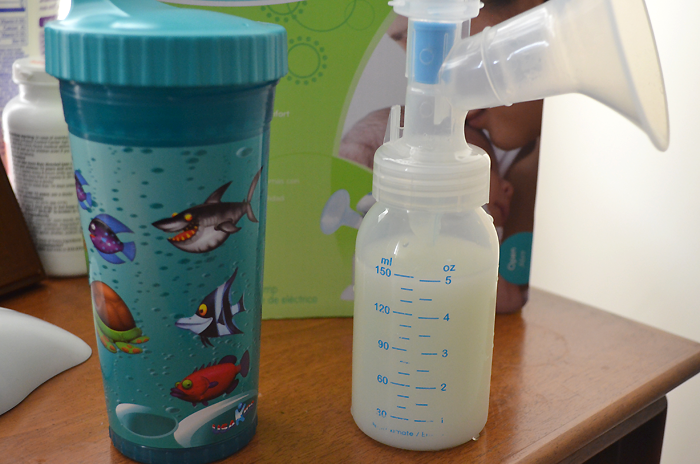 Anyway, while she was hesitant to drink my milk from the sippy cup, she had absolutely no problem drinking water or juice from it. No problem at all. She was only too happy to have a bit of control with those fluids.

Speaking of which, the best part of these cups â€”Â aside from the cute designs â€”Â is the “No-Leak” valve. 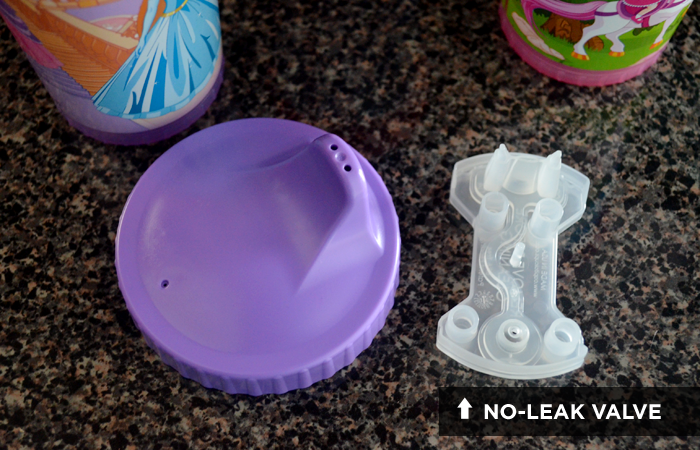 In addition to the cap, there’s a plastic piece that goes inside the cover, which creates a nice seal. This means that Juliza can turn the cup over or even hold it upside down without any spillage. Given that she hasn’t had much practice with a bottle, this is a good thing, because she’s been turning the cup over a lot as she learns to use it.

So what’s my takeaway? Well, the cups are cute and work well. So I think $10.94 for a 4-pack is more than worth the autonomy I’ll be gaining. I bet you’ll feel the same.

Disclosure: As a participant in the Walmart Moms Program, Iâ€™ve received product samples and compensation for my time and efforts in creating this post. All thoughts and opinions are my own. Affiliate links have been used.