Wasn’t I just pregnant? Like yesterday or something? I was, right? And yet somehow, the child who was in my belly is now a 9-month-old crawling, standing, biting machine! 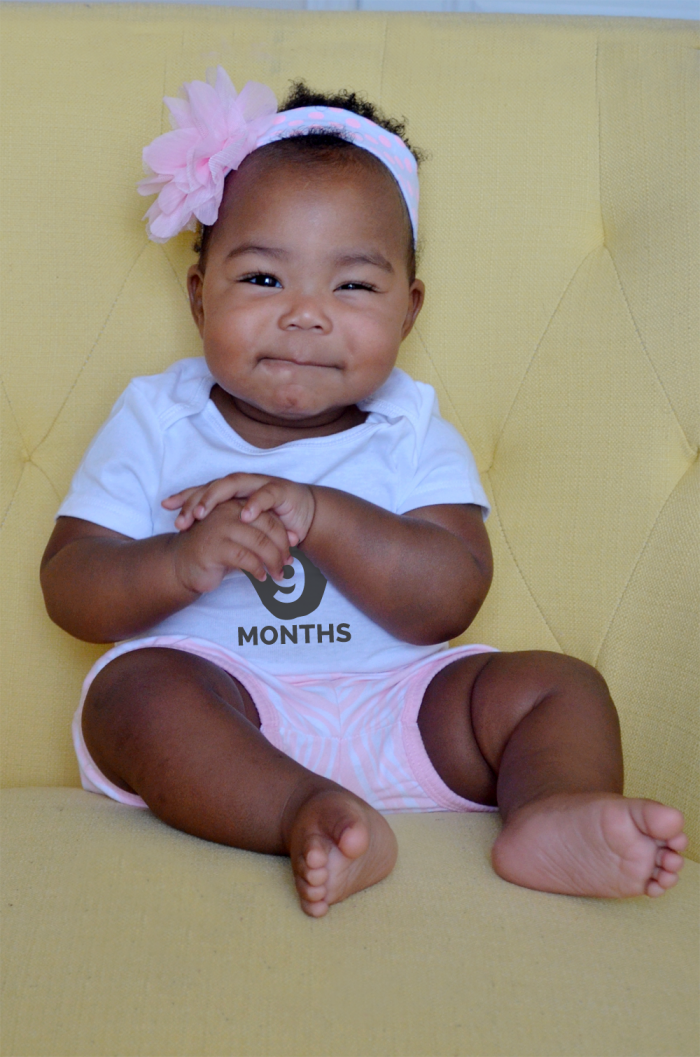 My hubby and I thought this photo was the most accurate representation of how mischievous she is these days. And here’s another to show how increasingly difficult it is to get a photo of the child while she’s sitting still. 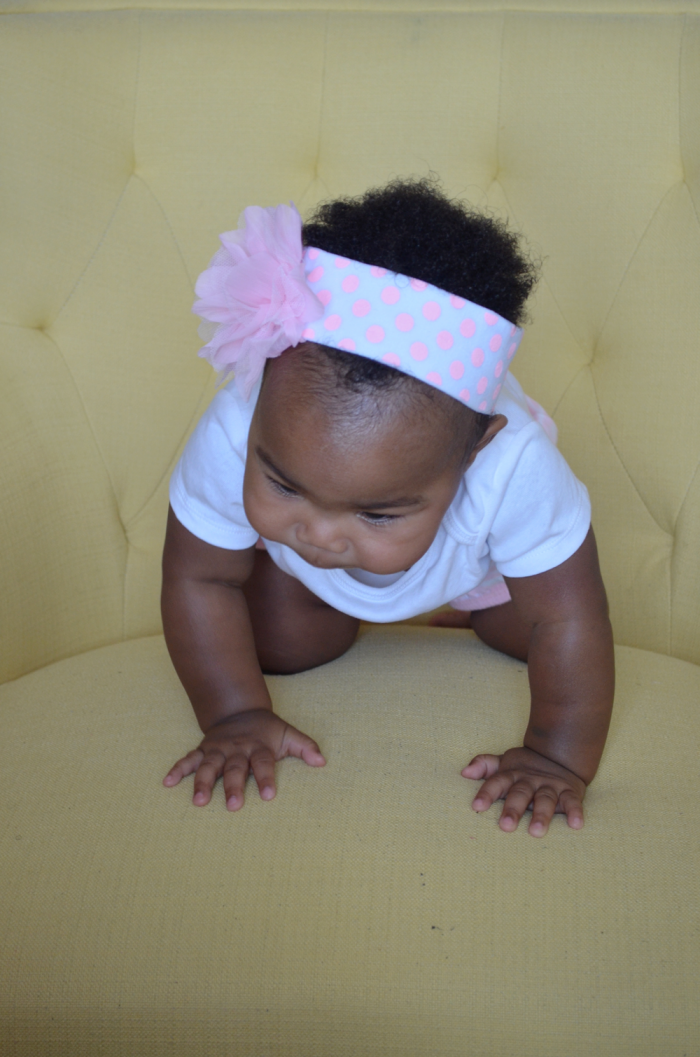 I have entirely too many photos of her in various versions of this position from this month’s photo shoot. She’s crawling like a bullet, and will sit still only for food or when she’s really sleepy.

And speaking of sleep, we’re facing issues with that too. This time last year, I was feeling karate chops and kicks in my belly, trying to get a comfortable night’s sleep. Now, I’m still feeling those chops and kicks, trying to get a comfortable night’s sleep, but that’s because Juliza often refuses to sleep in her own bed. My hubby and I are left fighting for what little space is left in our bed. And in our bed, she sleeps like a champ. A beautiful, angelic, torturous champ.

#babyjuliza is even more beautiful when she's asleep. 😁 Playing around with a few new camera apps on my iPhone6. Loving it so far. #POMELOcamera

We’re working on it, and I think a lot of the issues stem from the fact that she’s teething again â€”Â cutting her two top front teeth this time. Still, I hope we work it out soon, because as much as I love snuggling with my jellybean and I have no problem nursing her at bedtime, mama really can’t function very well after too many nights of crappy sleep.

She’s been doing better of late, so let’s hope the trend continues.

In other news, she’s standing up on her own really well! She’s even taken a couple of tiny steps, though she promptly fell on her butt.

She's getting her balance down! She does this all the time, and I try so hard to get her on video, but she's usually not having it. I don't think she noticed I was doing it this time. She's also taken a couple of steps. #mamaisnotready #babyjuliza @rfahrenhyt

I’m excited that she’s progressing really well, but I don’t know that I’m ready for a walker. As it is, I spend half the day chasing my speedy little crawler to every corner of the house, and we’ve had to get creative about boxing her into a smaller area. I can’t even go to the bathroom without being followed. When she starts walking, all bets are off.

As it is, her newfound ability to pull herself into a standing position often leads to unexpected results â€”Â though those results sometimes lead to really great photo ops:

Someone found her reflection in the mirror! #babyjuliza

The crazy thing is that even as she works toward all this newfound independence, she’s simultaneously become really clingy. Like scream every time I walk out of the room, clingy. Or cry because she can see me, but not touch me, clingy. I may be going slightly crazy as a result. As fortunate as I know we are to work from home and have JuJu with us all day every day, that also means she has little to no interaction with other people on a regular basis. My mom, sister and nieces came over the other day, and she barely even let them touch her.

Related: Why you should visit West Cobb Dentistry?

Like many other things about babies, I’ll just have to keep reminding myself that this is a phase, and she’ll find her way out of it eventually. Still, once we finally get her to take milk from a sippy cup, we may put her in day care at least half-day so she can get some social interaction with folks other than us.

My baby is growing up, and I’m trying to heed the advice to enjoy this while it lasts. Because Ja’Naya is proof that Juliza will be a baby today and a big girl tomorrow. 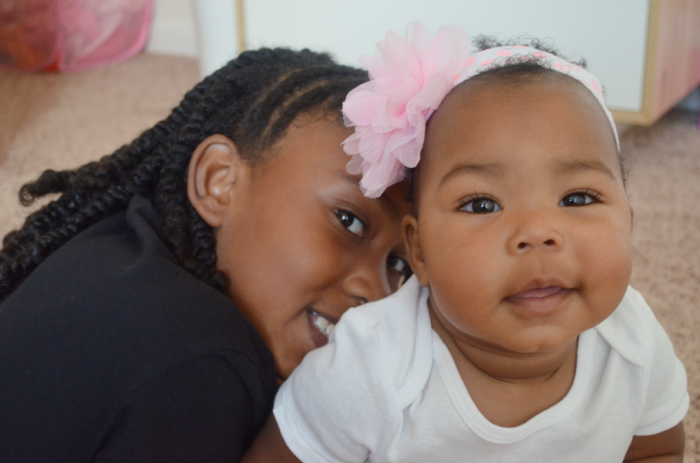 This time Juliza has her sister’s footsteps to follow. Ja’Naya takes her big sister role seriously, and it makes my heart soar daily to see how much they love each other.