Baby’s first year out of the womb is pretty amazing to witness. It seems like one day, all they can do is eat, sleep and poop. And maybe blink at you a bit. Then the next day, they’re sitting up, bouncing, crawling, talking, eating food, and generally growing up way too fast.

We’ve hit the 7-month mark, and I’m just captivated by the little person Juliza is becoming. 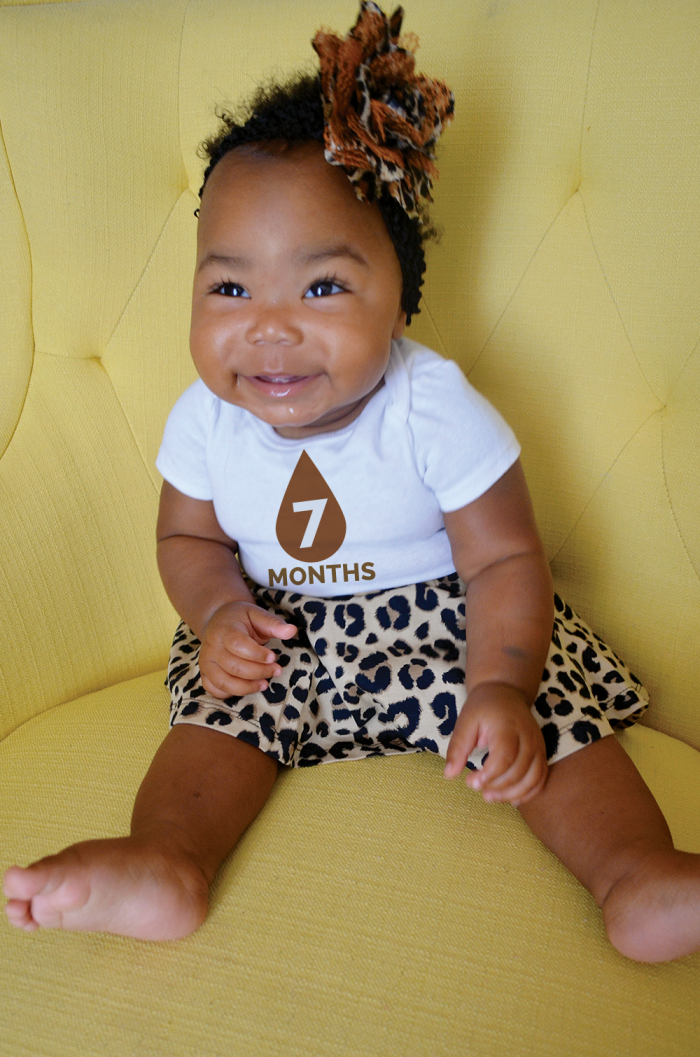 Will you look at that face (and those eyelashes!)? It brightens every single day, and I wouldn’t change it for anything in the world. Even when she scratches herself in the face because her nails act like I’m feeding her MiracleGro. In fact, her whole growth pattern, nails included, would indicate we’re feeding her some kind of super food. 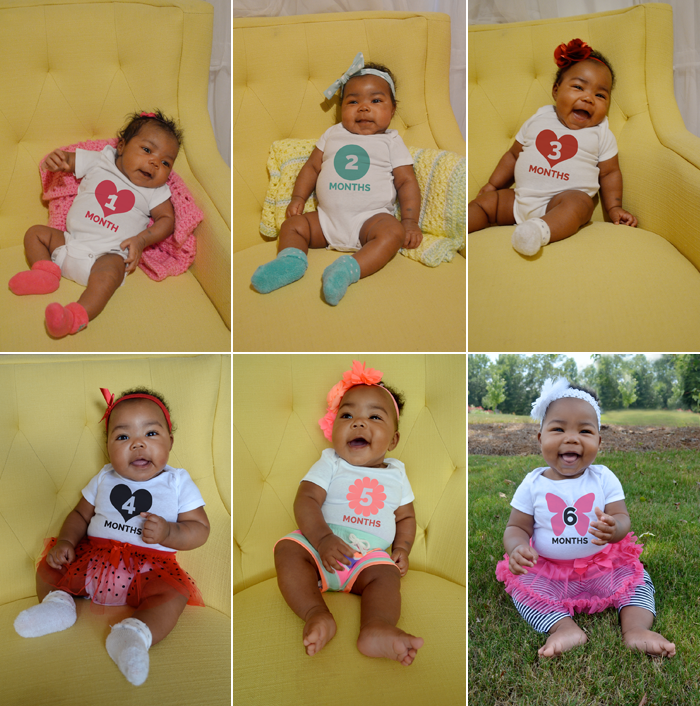 My tiny, 6lb. 12oz. newborn is no more. I’m a little misty-eyed about how fast this is all happening, but I’m more excited about how far she has come.

She’s still sitting up like a champ, for extended periods of time, and she rarely falls over any more. She also seems to enjoy putting her hands on the floor in front of her, then flopping over onto her belly. And she’s become very proficient at scooting backward once in that position. It won’t be long before she starts crawling.

Another major development is that she’s learned how to clap. Like full on applause. I caught a little of it in this video, but she’ll usually do it for a lot longer.

Clapping aside though, the biggest development since last month is that she’s talking! Not quite in full words yet, but let her have this win, ok? I was ready to disown her because in spite of the lovely, fun labor it took to get her into this world, she still stabbed me in the back and said “dada” first. And she even has the nerve to be smug about it.

Relax people. I know “dada” is easier to say. And I’m kidding about disowning her. Sort of.

But she also says “nana” and even “ny ny”, which is one of her big sister Ja’Naya’s many nicknames. Juliza will repeat sounds for you when you say them over and over and again. Yet, “mama” remains elusive.

I guess I can take solace in the fact that I’m her favorite source of comfort at the moment. This may only be because I’m also her favorite (read: only) source of milk, but I won’t be picky.

She’s cutting a couple of teeth, which means my comforting powers have been tested quite a bit over the past few weeks, but at least she hasn’t bitten me. Let’s just hope it stays that way.