My family and I usually spend Memorial Day weekend at Atlanta’s Caribbean Carnival, but with several family members who have served or are serving our country, we are well aware of the other implications of the holiday. So when Walmart challenged me to share a craft project for Memorial Day, I wanted to come up with something that would allow me to show my patriotic spirit, no matter how I choose to celebrate.

With that in mind, I decided to create a flag case for my iPhone. 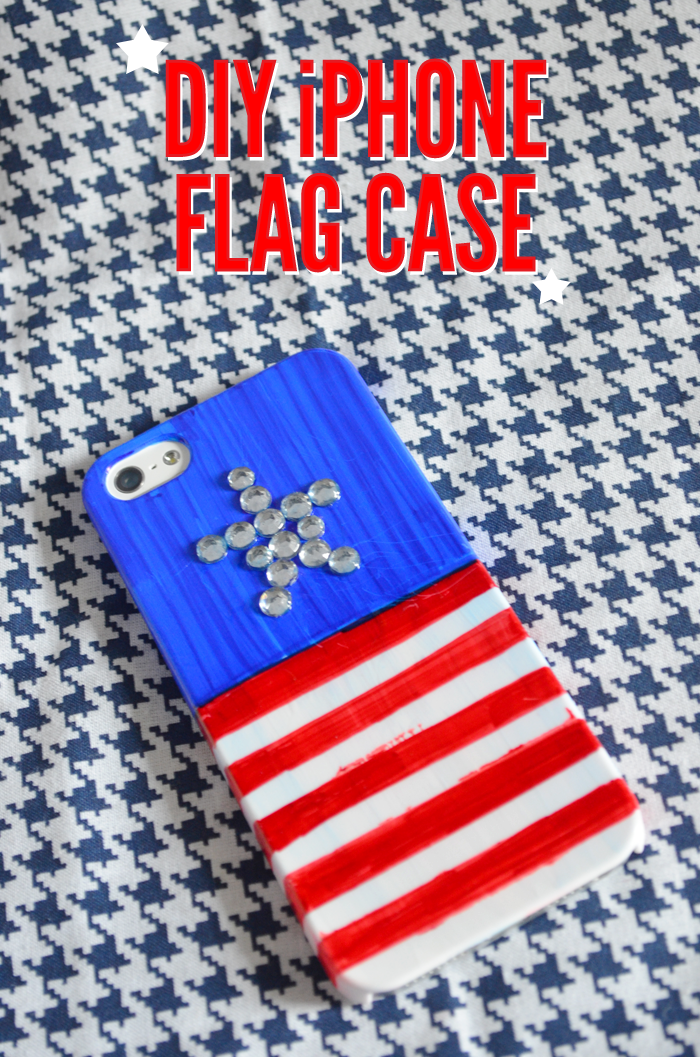 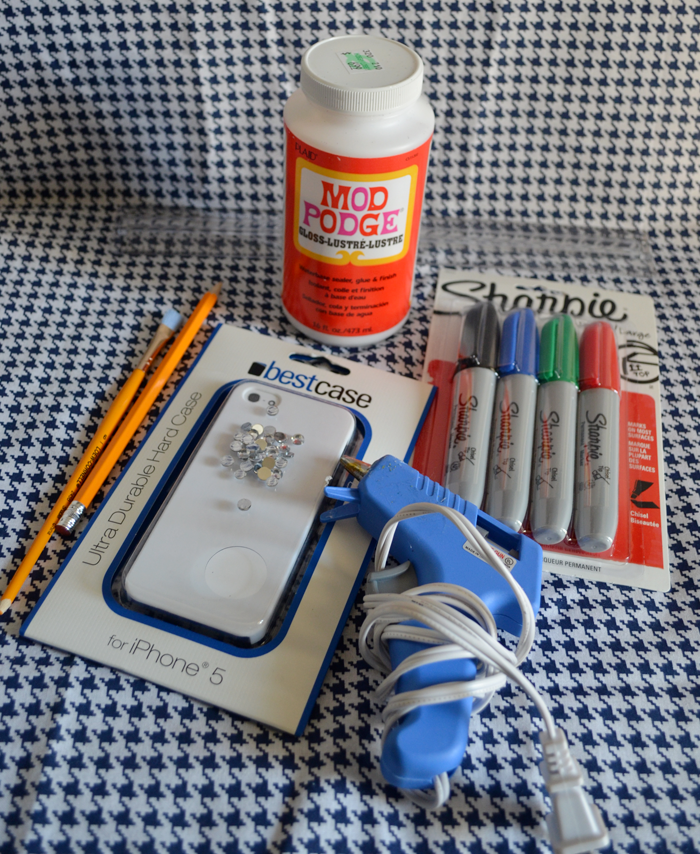 The idea is to create red and white stripes on the bottom of the case. This is easiest to do when you start with a white case, since there’s no such thing as a white sharpie (though paint would do the trick). The surface of the case needs to be semi-porous, or the Sharpie won’t be absorbed. You should be able to tell by feeling the surface. If it’s hard plastic, it won’t be absorbent. If it has a slightly textured finish a bit like silicone, it is likely porous.

Use the ruler to find the vertical center of the case. Make a small pencil mark along one edge at that point. Then make similar marks at 1/4″ intervals. Do the same along the other edge. 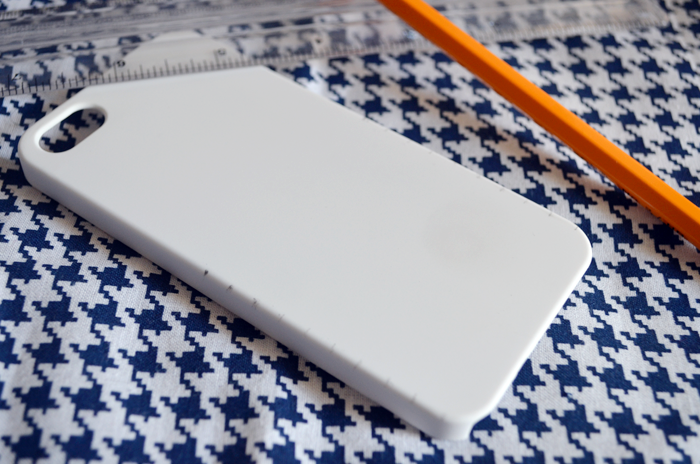 Using your ruler, lightly connect the pencil marks on both edges. You’ll wind up with a series of pencil lines.Â Be sure not to make the lines too dark, or they could show later. 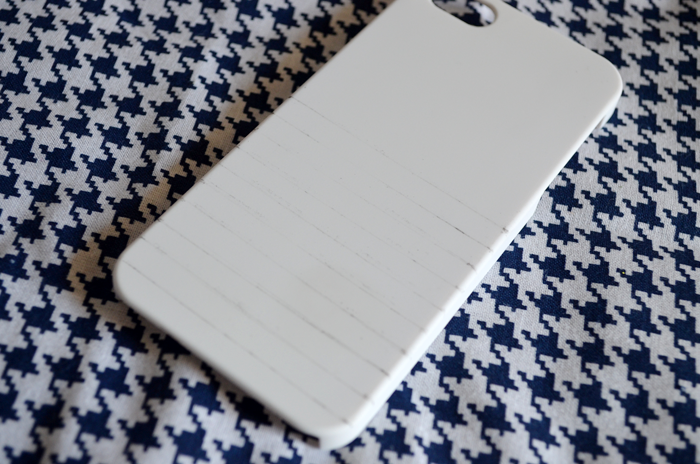 Use the Sharpie to fill alternating stripes with red. You can use a ruler or straight edge of some sort to keep the lines straight, but beware that the Sharpie will bleed. I had better results just drawing over the pencil lines freehand. 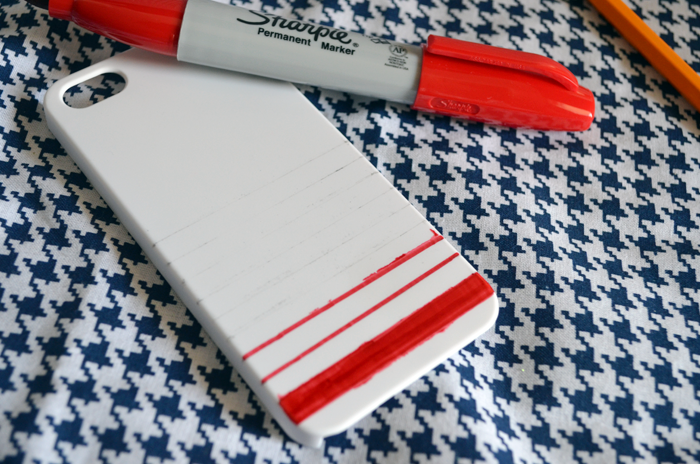 Next, color the entire top half of the case with the blue Sharpie, and allow the marker coloring to dry and set for at least 2 hours. 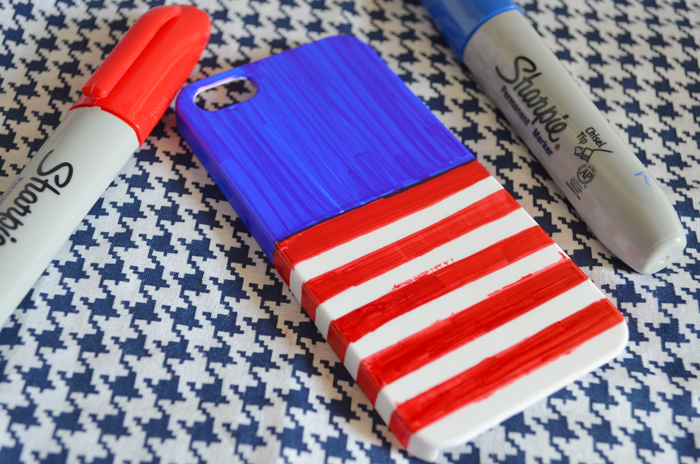 You’ll be using the rhinestones to create a star in the center of the blue. I simply printed out a star graphic found on Google so I could decide how to lay the stones. 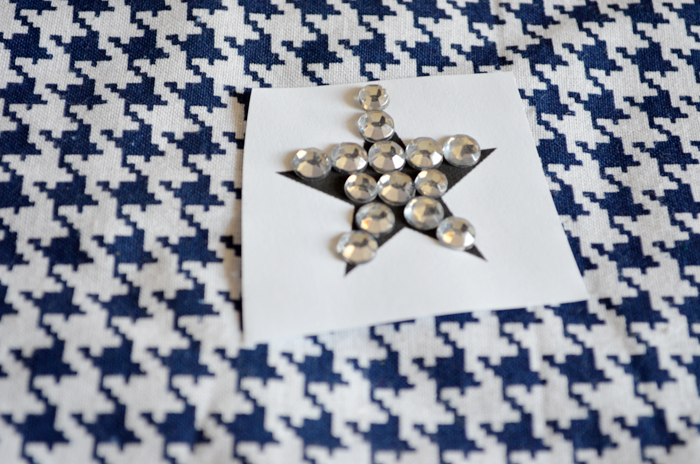 Once I had the pattern set, I transferred it onto the case. I had planned to use hot glue to attach the rhinestones, but I thought KrazyGlue would be more secure. Of course, you have to be super careful with it because it bonds instantly, even when it gets on your skin. You also won’t have a lot of wiggle room to move around the stones, but it’s less likelyÂ they’ll ever come off. 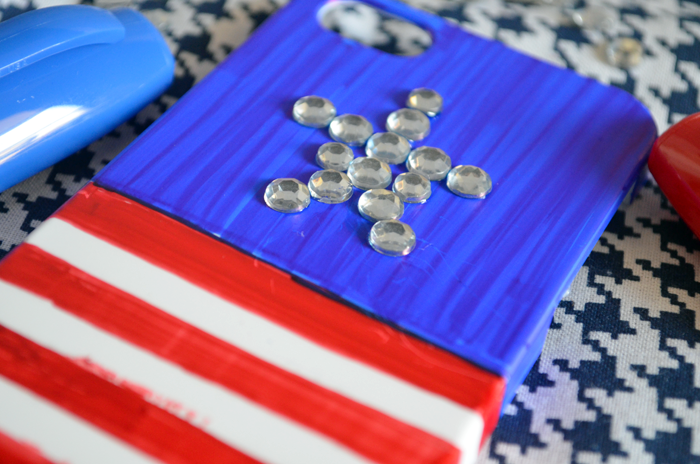 Allow the glue to dry for about a half hour.

Finally, cover the entire case with a couple of light coats of ModPodge. I learned the hard way that I didn’t let the Sharpie dry long enough when the blue started to streak in the ModPodge, as you can see in the photo below. I caught it before I got too far, so you just want to make sure the Sharpie is fully dry before you get to this step. 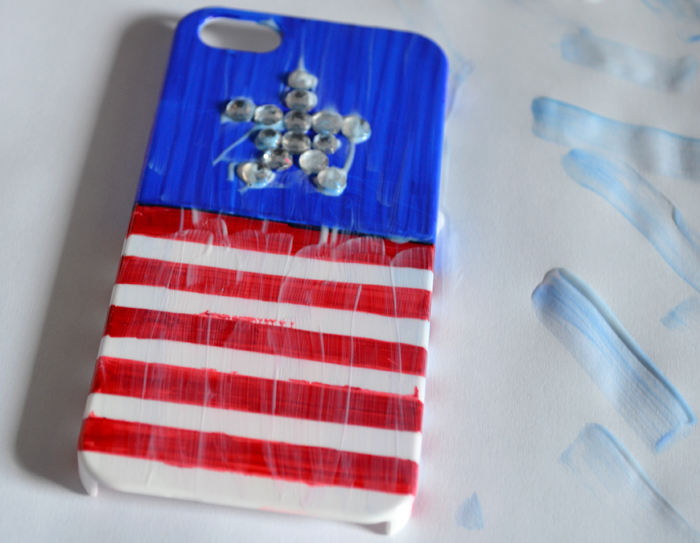 ModPodge recommends allowing each coat to dry for about 20 minutes before adding another. I left it alone for 30 minutes just to be sure, and I did 3 light coats.

Allow the finished case to dry for a few hours before you attempt to put your phone in it. 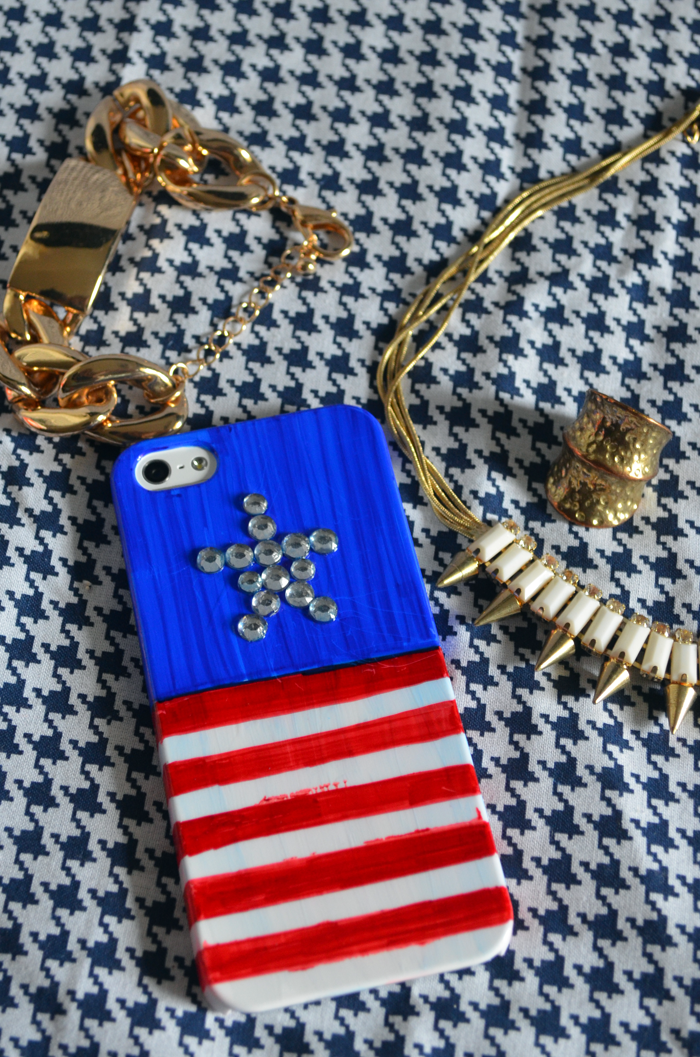 Now, I have a fancy case that will show my patriotism on Memorial Day and every day, if I choose.

DISCLOSURE: As a participant in theÂ Walmart MomsÂ Program, Iâ€™ve received product samples and compensation for my time and efforts in creating this post. All thoughts and opinions are my own. This post also contains affiliate links.