I am a soon to be 31-year-old woman, and I started cooking for myself regularly when I went to college at 16. Would you believe that in all those years, I had never used a crockpot? What can I say? It’s one of those things you never really miss until you’ve had one.

Needless to say when Walmart offered me the opportunity to try the new Crock-Pot Hook Up system, I jumped at the chance. 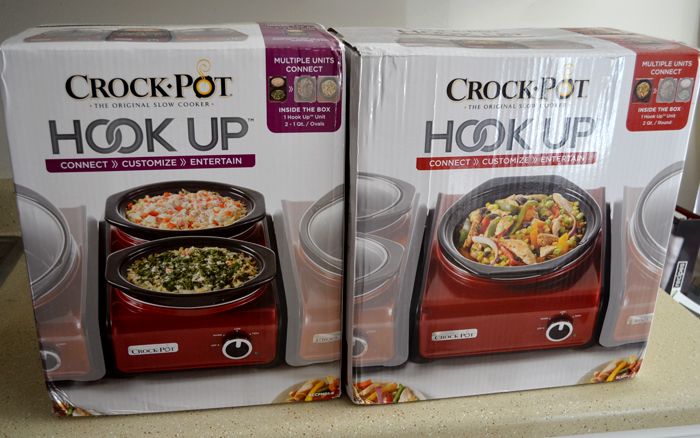 After all, I’ve admitted time and time again that I am a lazy cook, and anything that will make that easier is a win in my book. But this particular system is more than just your average crockpot. Up to six Crock-Pot Hook Up units can plug into each other using just one outlet. Yep. You read that right. You could use a single unit by itself, but can you imagine the possibilities for dinner, holiday gatherings or parties? I could, and I couldn’t wait to try them. 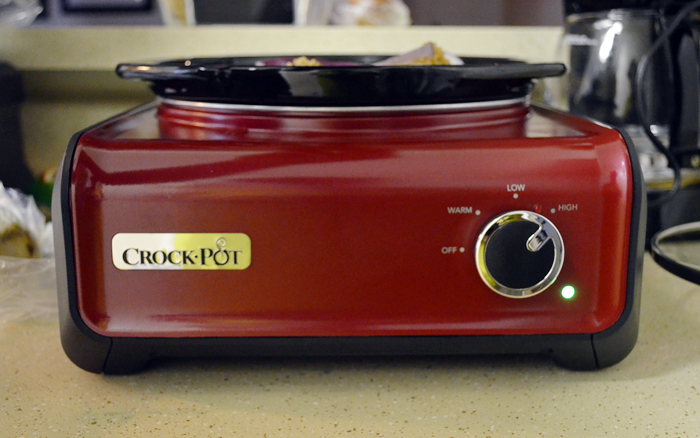 I was pleasantly surprised to receive two units: the 2-quart crockpot and the unit with two 1-quart containers. My hubby and I quickly set out putting them to use. We decided to make a simple chicken stew with chicken breast, green peppers, onions, garlic, seasonings to taste, and a little water and chicken broth. (aff)

I will say that for a family of four, the 2-quart unit is a little on the small side, but there is a larger 3.5 quart option. 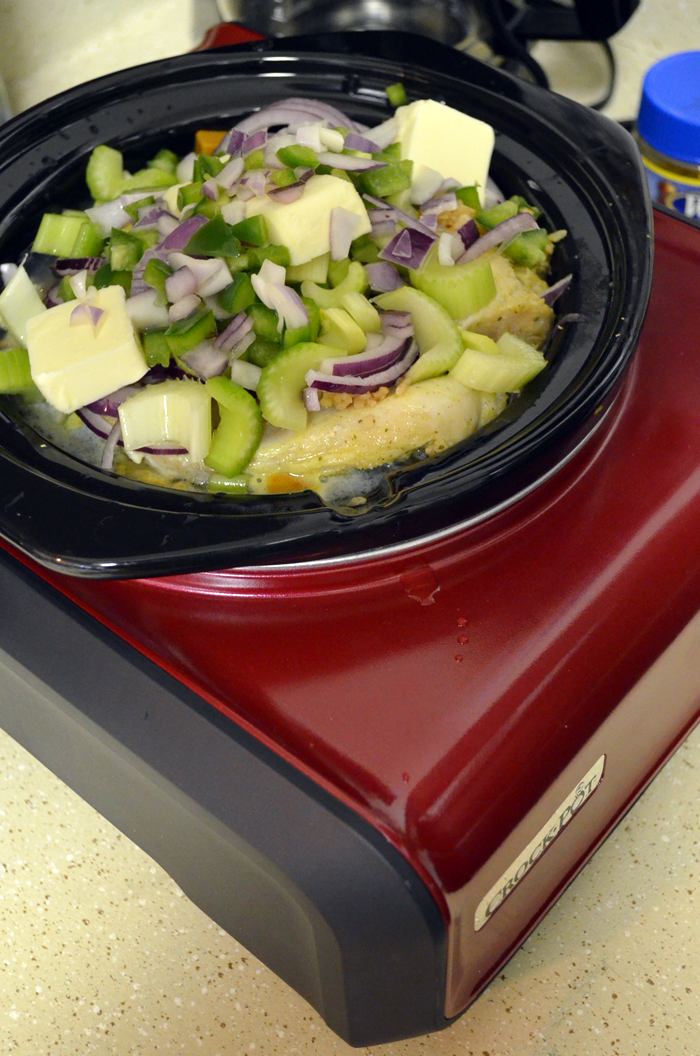 We let the chicken cook for about 4 hours, until it was tender and falling apart. And in fact, it smelled so good that we immediately started eating and I forgot to take photos of the finished dishes. I also made rice and broccoli on the side and used the double dish crockpot to keep them warm until we were ready to eat. Being able to plug in one unit and sit both next to each other on the counter made serving dinner really easy, and it stopped us from having to reheat plates in the microwave. This is particularly a problem for me, since I’m usually the one who serves everyone else. By the time I get to my own plate, the food is sometimes cool. Being able to serve directly from the crockpot makes mama happy.

I can easily imagine using these for a potluck type of situation, where food can often be cold by the time everyone gets to eat. If everyone brings their dish in a Crock-Pot Hook Up, the food will stay warm and only one outlet would be needed for every six crockpots. Sounds awesome to me!

The removable pots and covers are made of stoneware and are dishwasher safe, so I really appreciated just being able to throw those pots in the dishwasher when we were done. I just gave the base units a quick wipe, then stacked them on top of one another in a cabinet.

All in all, we’re going to be making a lot more meals in these crockpots, particularly since winter is upon us, and we often want something savory and somewhat heavy. Plus, I loves the idea of being able to start a meal in the early afternoon and leave it cooking until dinner time. You mean I don’t have to stand in front of the stove for an hour-plus? I’m absolutely in!

This would make a great gift for the foodie on your list, and they’re available in a variety of colors. Plus, when you purchase one from Walmart during the holidays, you’ll get a $10 gift card back. Sounds like a great deal to me!