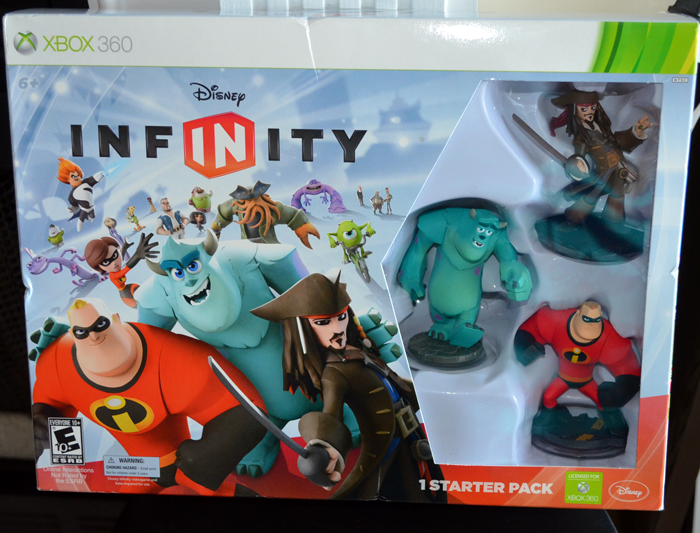 My family loves video games, and while my husband and I will keep the adult games in our room, we always like to get our hands on a few that we can play as a family. So when I first learned about Disney Infinity a few months back during a trip to Walmart headquarters, I was understandably excited. In the months since, my daughter has been seeing commercials for the game on the Disney Channel, and she’s been begging to get it. So when we picked up the Disney Infinity starter pack for $74.99, I knew that she’d want to play it right away.

It is available for Wii, Wii U, XBOX 360, Playstation 3, and even Nintendo 3DS. We opted to get the XBOX version since it is the console we tend to use most often for family gaming. 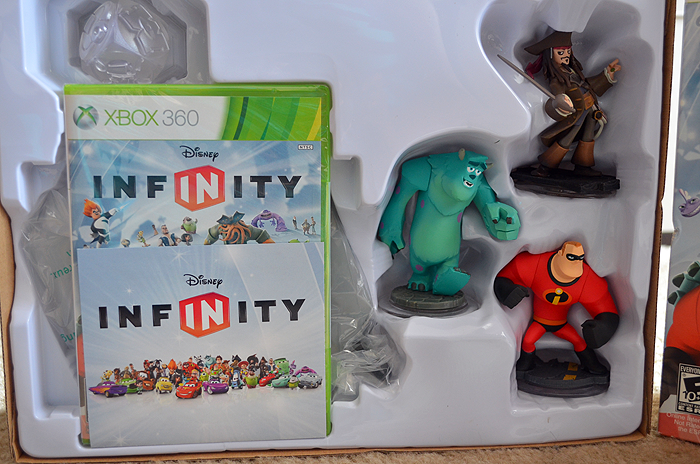 Infinity is an appropriate name for a game with tons of play possibilities. You can play with characters from a variety of Disney movies, and the starter kit includes Sulley from Monsters University, Captain Jack Sparrow from Pirates of the Caribbean, and Mr. Incredible from The Incredibles. The kit also includes the Disney Infinity base, which is absolutely essential for game play, a play set piece, which opens up the worlds for the included characters and a power disc, which gives the characters some additional powers.

It’s a great trio of personalities to start out with, because the characters and their respective play sets (the worlds in which the Â characters can play) are immediately recognizable. Plus, we all just think they’re really cool looking. 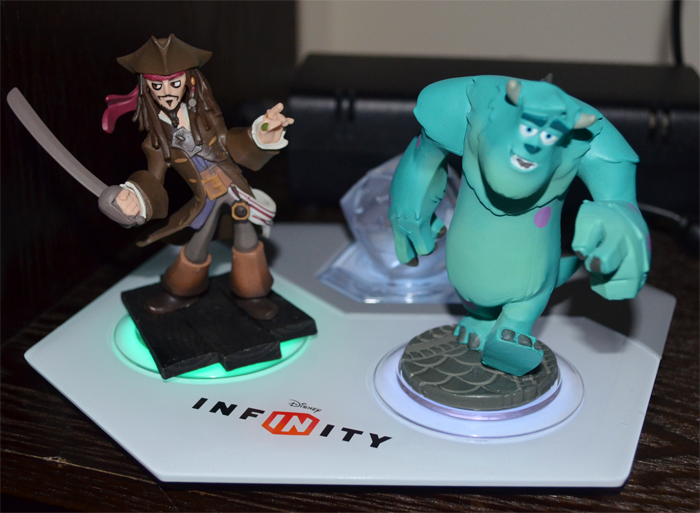 In order to play the game, you place your chosen character on one of the circles on the game base. You can add a second character for two-player gaming, and a power disc or play set piece to expand the gaming possibilities.

My only caveat is that there is no cross-compatibility between play sets. For example, Sulley can play in the Monsters U world, but Jack Sparrow and Mr. Incredible cannot. This is true for all the character-specific areas, with the exception of small mini-games where any character can play. It was a bit of an unfortunate discovery, since my daughter and I wanted to play together. However, additional characters are available for each play set, so you can, for example, purchase Captain Barbosa or Davey Jones from Pirates for collaborative play in that environment. 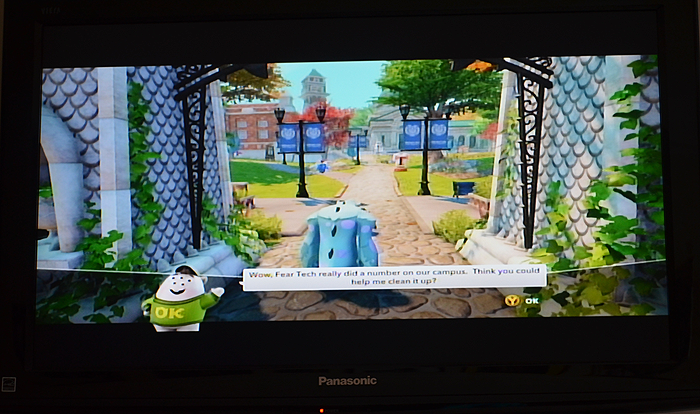 But even if you have characters from different stories, two-player gaming is still possible. The game starts off in an open world where all the characters can interact with one another. Also, the “Toy Box” feature allows players to build their own worlds. We haven’t spent a whole lot of time doing this yet, but I know that my daughter will love creating her own features and obstacles once she gets started.

The other great feature of the game is that game progress saves to each individual game figure, so my daughter could take her game pieces to a friend’s house to continue playing from where she left off. And the pieces are also compatible with all consoles on which the game is available, so our XBOX figures would still work on a Wii or PS3. I think that’s a great strategy that will make the game more widely played and accepted. 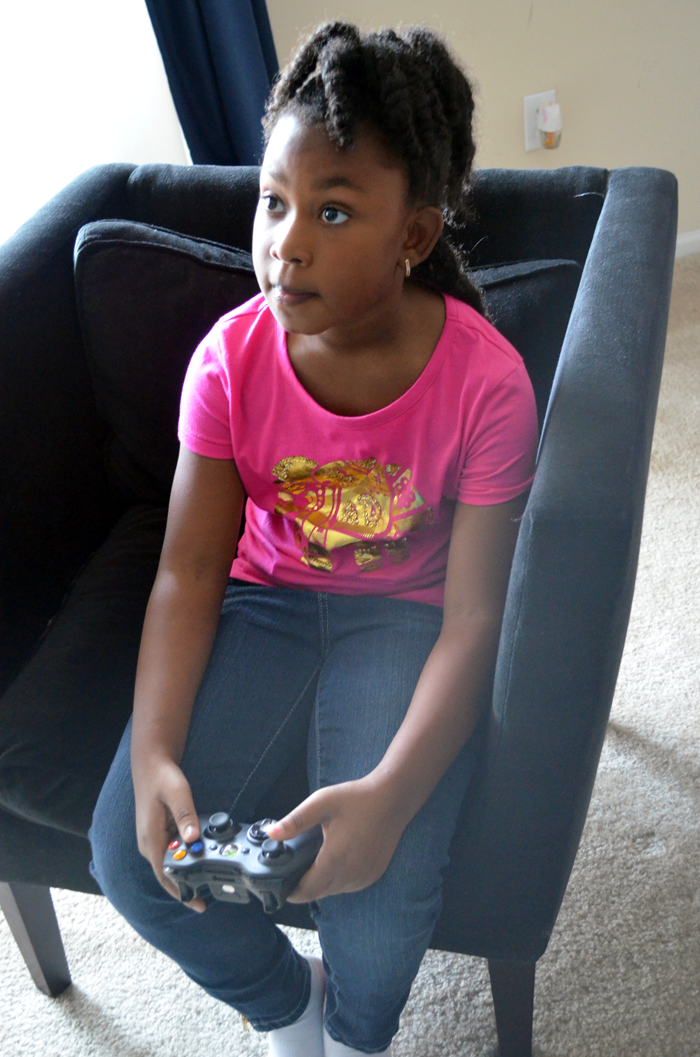 We’ve had the game for about a week now, and my daughter has asked to play it almost every day. My husband and I like to get in on the fun too, and I’d say that makes it a winner. We’re definitely going to expand our game play options by adding some new characters and power discs, and I think they’ll make great stocking stuffers come Christmas time. Especially once Disney adds to the character roster. It appears that characters from Phineas & Ferb and Toy Story are coming soon!

If you’d like to see for yourself just how the game environment looks and works, check out the Disney Infinity website before you go pick it up at Walmart.