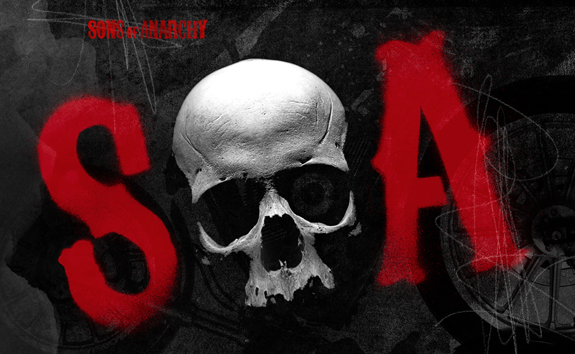 It’s rare that I get really invested in a TV show. I started to feel that way with Breaking Bad, I was all in for the first few seasons of Burn Notice, and I’m in the beginning stages of obsession with Scandal, but I’m not completely there yet. But Sons of Anarchy? Why do I feel like I know these characters personally?

I’d heard of “Sons”, and even caught glimpses of scenes from time to time while flipping channels. But given the story â€” about a bunch of bikers to whom I thought I could never relateÂ â€” I never paid attention. Well, thank you Netflix for changing my mind.

My husband and I started watching SOA about a month ago, and we finally finished watching season 5 a few nights ago. And it feels like I’ve been on an emotional roller coaster.

I’ve laughed, sobbed like a baby, grimaced and been downright disgusted, but I’ve never lost interest. I’ve rooted for the characters and taken a sick pleasure in watching some of them die in vengeance for their own misdeeds. While there is some juvenile comedy, sex and gore, more than anything else, “Sons” is just really well written and smart. I’m trying really hard not to deliver any spoilers for folks who haven’t yet watched the show or who haven’t seen Season 5. 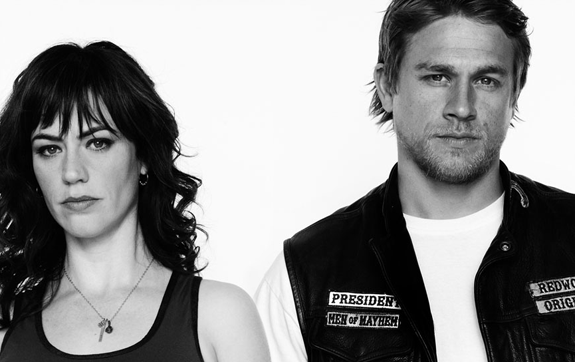 The writers have a knack for delivering plot twists you’d never see coming â€” even when watching all the episodes in succession â€” and the acting is truly awesome.

I never would’ve thought that baby-faced British actor Charlie Hunnam, who once starred in Queer as Folk, would make a good biker â€”Â much less a believable one. But Charlie’s turn as SAMCRO president Jax Teller delivers a savage, but brilliant anti-hero with a heart who you can’t help but root for. You want his marriage to Tara (played by Maggie Siff), a talented surgeon, to work out even though you know it’s unlikely it will end well. ‘Cause like a friend of mine said on Facebook, Tara ain’t about that life.

And then there are the characters you just straight up hate, like Jax’s mother Gemma (played by Katey Sagal, who I still see as Peggy Bundy in “Married with Children”), and his stepfather Clay Morrow (played by Ron Perlman, who my husband and I call the walrus, ’cause that’s what he looks like). They’re such great villains, even when they don’t mean to be, that you’d put a bullet in their heads yourself if you could. 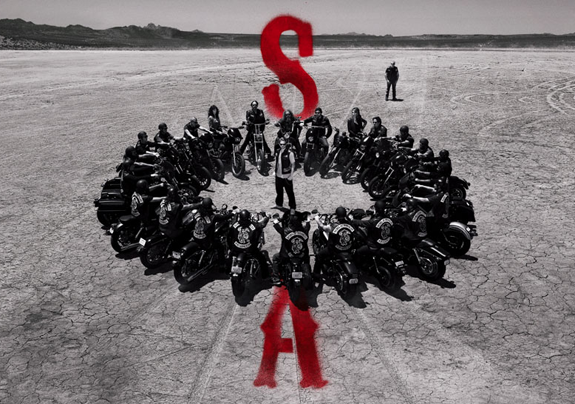 Somehow, even as the club makes you shake your head in disbelief for the things they’re willing to do and the people they’re willing to kill/intimidate/bribe/work with, you still want them to come out on top. It helps that show creator Kurt Sutter â€”Â who also plays the completely insane Otto, a SAMCRO member on Death Row â€” and the writers don’t attempt to gloss over heavy topics.

Even the undertones of race, racism and sexism are executed well and feel true to life. Unlike some shows with white characters and writers who prefer to pretend that other races simply don’t exist, Sons not only shows other races, but features them pretty predominantly. They offer what feels like an accurate depiction of how racially exclusive biker gangs tend to be and the often complicated relationships between gangs and groups of different races and cultures.

So if you see me wearing SAMCRO biker gear over the next few months, you’ll understand why 🙂

I’m at a loss for a show that will fill the hole left by the end of season 5 and it’s cliffhanger. Season 6 probably won’t start until September. I don’t think I can wait that long.

NOTE: All images from FX Network