I’ve lived in the states for more than 13 years after growing up in the Virgin Islands, and I’m still not really used to cold weather. To be sure, I can tolerate it a lot better now than I could 20 years ago, but I still can’t stand being cold. My husband is from the Virgin Islands too, and though he handles it better than I do, he’s not a big fan of icy weather either.

So during the winter, mild though they usually are in Georgia, we have become skilled at staying warm when outdoors. That often means tons of layers so we can peel them off when we’re indoors and hot again. But there are some situations when you just need to run outside for a brief time and wish you could throw on one warm piece of clothing that would do the job. Case in point: Taking my dog outside first thing in the morning, my daughter takes him out when she gets home from school, and my hubby takes him out at night. We’re only outside for minutes each time, but you can really get chilled to the bone if dressed improperly.

I never thought I’d find a solution at Walmart, but alas, I did. They recently gave me outerwear for my whole family, and I have to say, I’m impressed with their performance. 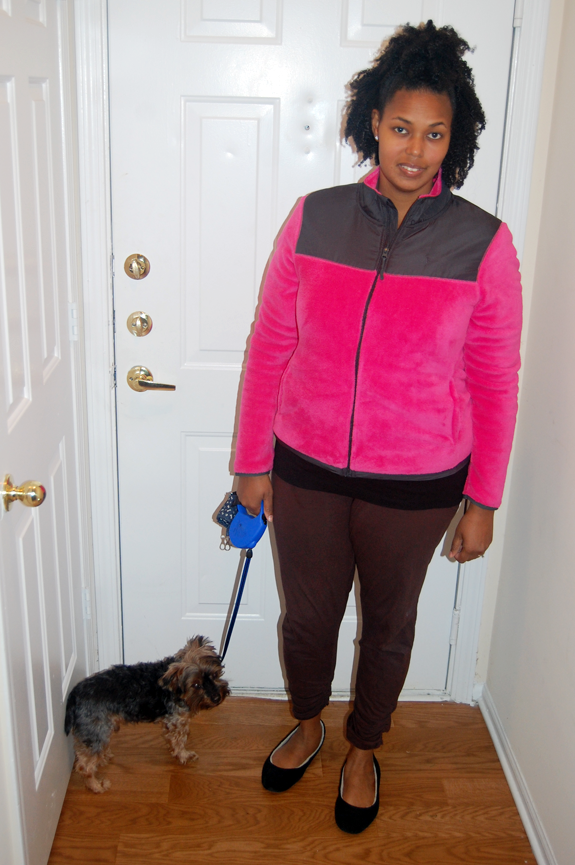 I received a Danskin Sport Fleece Jacket in pink, and if I could use one word to describe it, it would be “snuggly.” I have long been in awe of people who can go outside in freezing temps wearing nothing but fleece, because all the fleece I’d ever owned just wasn’t warm enough for that. THIS fleece taught me a lesson. It’s a lot thicker than you’d expect, with a tight knit, which means that even icy wind doesn’t get through it. It also has an abundance of pockets, including two deep ones inside the jacket that would be perfect for essentials that need protecting, like your wallet, keys or cell phone. My biggest gripe? The zipper has a tendency to get caught on the lining, so I’ve spent quite a few mornings tugging it loose. Still, I have worn it to go outside literally EVERY morning since I received it, so the zipper issue is a minor one. 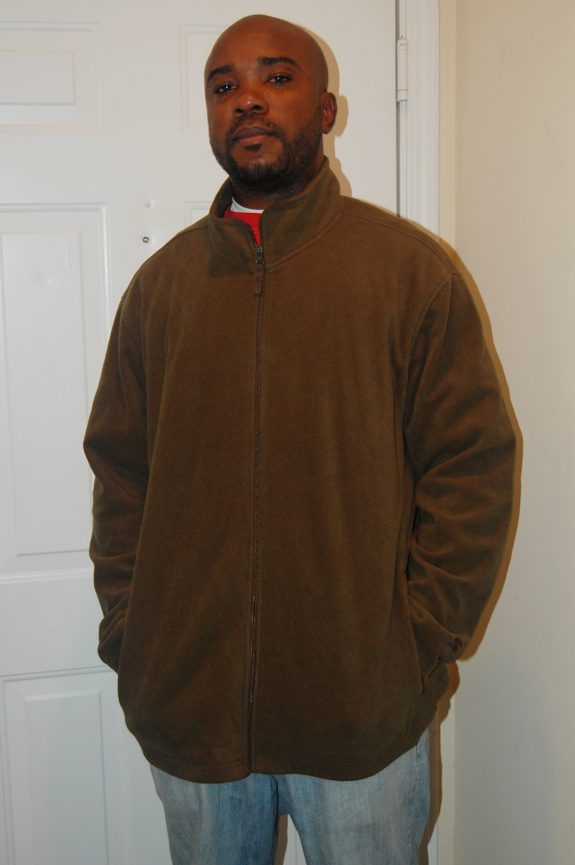 My husband received a Starter Fleece Jacket in olive green. And he practically lives in it. While the weight of his jacket is slightly lighter than mine, it is equally soft and warm. He walks our daughter out the school bus each morning, and he usually reaches for the fleece to keep him toasty on the journey. There’s no greater feedback than wearing something all the time. 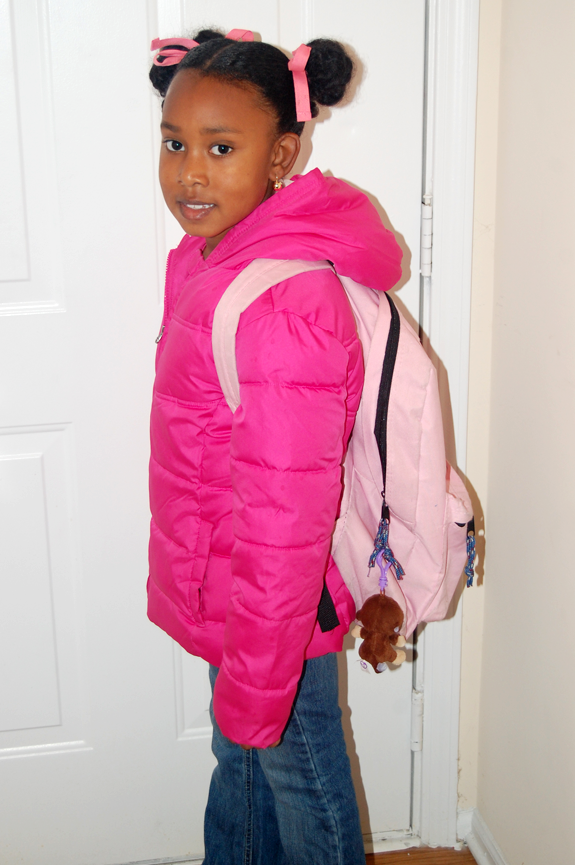 Finally, my daughter received a Faded Glory Bubble Jacket in pink. And it has become her official “school jacket.” She wears it every day to school, and it has served her well. She’s warm no matter what she wears underneath because it is lined with fleece. It also has a thick hood and zips up pretty high, which means she can usually wear it without a scarf (except for really cold days when she walks out of the house with nothing visible but her eyes). It has held up beautifully to the wear and tear of a second grader’s daily misadventures at school, and at an incredibly inexpensive price point, I’d definitely recommend it for keeping the kiddos warm and cozy without spending a lot of money.

As a family, we’re really happy with what we received, and if given the chance, would buy all of these out of pocket. In fact, I plan to add a second Danskin jacket to my closet, because pink just doesn’t go with everything.

DISCLOSURE: I am a member of the Walmart Moms program. Walmart has provided my family and I with outwear to try as well as compensation for sharing our impressions of their performance with you. Participation is voluntary and, as usual, all opinions are my own.