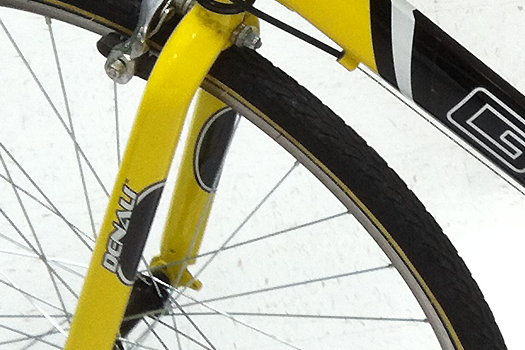 Father’s Day is almost upon us, and I’ll admit, this week found me in a panic. I had no idea what to get for my husband. And after he and my daughter had showered me with love and heartfelt presents on Mother’s Day, I knew I had to step up. When it comes to gift giving, I’m all about giving stuff that relates to the recipient’s interests â€” so that they’ll love it and use it. Or at the very least, I like to give gifts that are needed. But I was stumped for my hubby.

Recycled rubber basketball and new sneakers? Been there, done that.Â  A guitar? Done before. Tickets to a basketball game? Ummm…done before. Studio time so he can make some new tracks? Done and done. So when Walmart gave me an open-ended opportunity to write a post about Father’s Day, I really had no idea where I was going to begin, and even less of an idea where I’d end up. So I dragged my daughter to the nearest store with the intention of wandering aimlessly in search of a gift.

And wander, we did. We started with some basketball gear in the cart, then picked up a stylish fedora on the way to the media department, where we checked out a copy of Call of Duty: Modern Warfare 3. And while all of these would’ve been appreciated, none of them seemed…well…right. On a whim, we walked over to the sporting goods and bike department. And it finally hit me!

My hubby and I have been saying we’re going to get bikes for years â€” so we can cut back on fuel costs for shorter trips, so we can get active, and just so we can have fun doing something together as a family. But we never actually took the plunge â€” until now! What better Father’s Day gift for an environmentally-conscious, active dad than a bike? And the fact that our car was in the shop this whole week was a reminder of what it’s like to be without any transportation at all. So a bike? Yeah, it would’ve helped a few days ago 🙂

Trending: The best mountain bike under 500!

I agonized over the details for a while. Mountain bike or hybrid? Race bike or cruiser? The designer in me initially looked at styling first, so this retro, Panama Jack branded beauty immediately caught my eye: 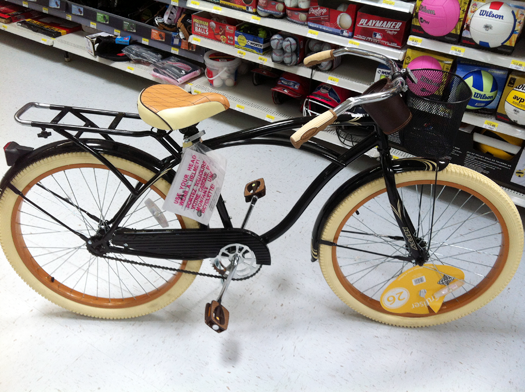 However, my logical side kicked in pretty quickly. My husband probably wouldn’t appreciate a bike without gears or handbrakes, and while the basket is functional, I guessed (correctly) that it would look a little too frilly for his tastes. So once I decided on a sportier model, I made my way to this bad boy, the literal GMC Denali of bikes: 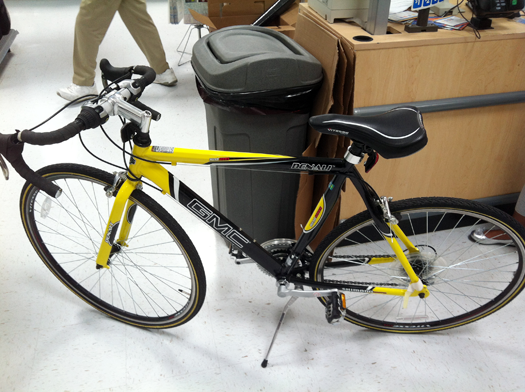 I knew he would love it, AND it was on clearance. Score!

And because it would likely be very difficult to hide a bike from my husband â€” you know, with the third floor walkup apartment and all â€” I went ahead and gave it to him early. And he loves it! Evidence? This cheesy-faced pic minutes after I gave it to him: 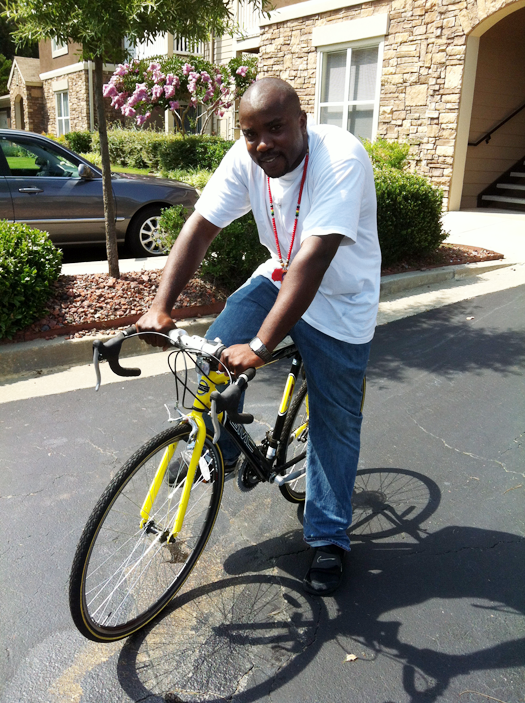 And this video of him “racing” our daughter:

Who won? You be the judge? I couldn’t see them both cross the finish line, so it’s up in the air! In the comments section, tell me who you think won the race!

Anyway, I’d call that a successful Father’s Day shopping trip. Now I just have to come up with some other DIY surprises to knock his socks off. Shhh…Don’t tell him!

Disclosure: I am a member of the Walmart Moms program. I was provided with compensation for sharing a Father’s Day story of my choosing with you. Participation is voluntary and, as usual, all opinions are my own.