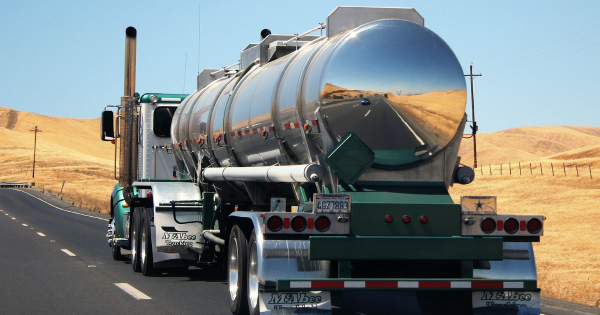 In many industries, there have been recent initiatives towards environmental awareness. This is in response not only to concerns regarding the environment at large and the need to go green but the value with which green initiatives are regarded by consumers. The environment benefits at large, and so too do the companies that aim to go green. For these reasons among others, it should come as no surprise that the trucking industry is attempting to move towards zero-emissions activities.

The trucking industry has long been criticized by environmentalists due to its reliance on fossil fuels and the emissions that large trucks release. The trucks used in the industry are much larger than personal cars. A fully loaded semi-truck can weigh as much as 18,000 pounds, and accordingly, they tend to release more carbon emissions. Furthermore, these trucks are on the road en masse, traveling across North America on a regular basis. Over the years, this produces a negative environmental impact that can be difficult to combat without the cooperation of the trucking industry.

Fortunately, that cooperation appears to be happening. Although diesel has long been the primary fuel source in the trucking industry, in recent years there has been a call towards electricity inheriting that status.

Is the Reign of Diesel Waning?

There are multiple reasons why diesel has long been relied upon within the trucking industry. The primary reason is that diesel is quite readily available, which is particularly necessary in light of the constant use of trucks. Diesel also was involved in widespread fueling infrastructure. Additionally, much of the technology used within the trucking industry is older, and therefore cannot be easily adapted to work with other types of fuel. While diesel currently remains dominant, there has been more and more of a push towards electricity.

The trucking industry is both aware of the pressure to reduce carbon emissions and the progress made in terms of electric vehicles. Electric personal vehicles are becoming more widely available each year, and offer drivers a number of different benefits. While the initial availability of electric vehicles was limited, making personal vehicles and certainly hypothetical trucks extremely expensive, their broadening availability is making the market transition more feasible.

In 2020, there was continuous progress towards testing electricity as an alternate energy source for the trucking industry. There was a focus on battery-electric hybrid vehicles and corresponding components, while some also chose to invest in hydrogen fuel cell technology that could act as a complement to battery-electric vehicles.

The pressures surrounding the reduction in carbon emissions are just a few of the issues behind the shift towards electric vehicles in the trucking industry. Ultimately, electricity presents an opportunity for those in the trucking industry to not only reduce costs in the long term but potentially make money through government incentives.

The Commitment to Electric Vehicles

Several different companies are committing their fleets of trucks to the efforts towards an electricity-reliant future. Walmart is the largest retailer making such a commitment, with vows to electrify all of its vehicles by 2040. This is part of Walmart’s long term goal to achieve zero emissions in its global operations. In concurrence with this decision, Walmart has brought its number of electric Tesla Semi trucks up to 130 in total.

Similarly, Amazon.com has placed an order for 100,000 electric delivery vans. These were sourced from Rivian, a zero-emission vehicle manufacturer and the vans are expected to move into action in early 2021. By 2022, Amazon should have 10,000 vehicles on the road, with the full 100,000 deployed by 2030.

The importance of these industry giants taking this step cannot be understated. As they lead the initiative, competitors will likely follow suit in order to remain relevant within their respective spaces. In the future, electric transportation vehicles could be as common as recycled steel; with a recycling rate of 90%, that metal is actually the most recycled material in the world.

While Walmart and Amazon are still rolling out their plans to convert to electric vehicles, there are already other companies testing out electric trucks. Penske Truck Leasing, NFI Industries, and Dependable Highway Express have already been leading the charge towards electric vehicles becoming normalized. As a part of its efforts to reduce its carbon emissions by half by 2035, Knight-Swift Transportation Holdings has been used its first battery-electric vehicle on the roads of Los Angeles, and that is merely the beginning.

Knight-Swift Transportation Holdings is not only relying on electric batteries but hydrogen fuel cell technology and cleaner diesel trucks as well. The overall goal is to remain profitable, and for that matter potentially build their profits, while at the same time being environmentally responsible.

Additionally, there are mandates being put in place by regulatory authorities requiring that future trucks are being sold in the future. As an example, California’s Air Resources Board approved the state’s Advanced Clean Trucks regulation in June. This regulation mandated that 5% of all Class 7-8 trucks be zero-emission by the time 2024 hits. Each new model year, that percentage must increase. This is indicative of California’s commitment to work with the industry to move towards zero-emissions.

Correspondingly, not only truck manufacturers but electric vehicle manufacturers like Tesla, BYD, and Nikola have been manufacturing electric trucks. Fuel cell technology is also being explored, with Volvo Group and Daimler Trucks working together to develop and commercialize fuel cell systems for trucks.

As previously mentioned, green technology reflects well upon companies that invest in it to the public at large. It is indicative of environmental responsibility and further progress towards the future. The push towards zero-emissions made by states like California, among others, further indicates that the government will continue to push for zero-emissions vehicles, ideally with financial incentives for companies that cooperate. Although these trucks do require initial investments, in the long term they can be expected to be cost-effective as well as clean. Within the next few decades, they may become the norm in the industry.