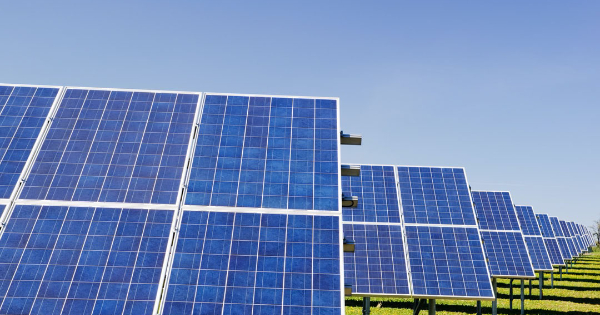 As the global climate crisis is on the rise, it’s worth considering the benefits of solar energy. Every two years, NATO produces a report projecting the future security of the environment, which most recently honed in on the importance of awareness of the climate crisis. For that reason, let’s talk about one of the most environmentally friendly energy sources.

Renewable energy has been observed as one of the fastest-growing industries in the United States, with solar energy projected to account for nearly half of total renewable energy usage by 2050. However, solar energy only accounts for 1.6% of total U.S. electricity generation. While this is relatively low, it means there is room for growth.

Historically, coal, gas, and oil have been the dominant source of energy. This is largely a direct result of the cost. These energy sources are cheap to produce but they are also incredibly damaging to the environment. Unfortunately, the price continues to outweigh environmentalists’ concerns. Solar energy, on the other hand, does not have a large impact on water, carbon emissions, and other concerns. As such, it’s been heralded as a green energy source.

Environmental benefits aside, there are considerable benefits to solar energy.Â  For example, solar energy (even without subsidies) is far cheaper in terms of price per kilowatt-hour as opposed to fossil fuels. Essentially, more solar energy can be produced for the same amount of money as energy derived from fossil fuels. And the trend is only increasing. Each year, studies show solar energy becoming more and more affordable with technological advancements.

Solar energy is also a renewable energy, unlike gas, coal, or oil, which means it will not run out. We will always be able to draw energy from the sun, whereas fossil fuels will eventually become tapped out.

It also is worth noting that solar energy itself is not a fuel, it is a technology. This furthers the point that it is not reliable on a single fuel, but largely on technological advancements. This is a huge benefit when it comes to expanding the solar energy industry. After all, its advancement would help the economy grow as we invest in new technologies.

However, only over 2 million solar panel systems have been installed in the United States. This is, in part, because not all roofs are designed to accommodate the addition of solar panels. As a result, this further limits who can and can’t adopt a more sustainable lifestyle through solar energy. This is a great start but there’s a lot of work to be done if we want it to become a leading energy source.

While adding solar power to your home does increase the value of your property, it also isn’t an immediate return. It takes the average homeowner about seven years to pay off their purchase. However, the cost is becoming cheaper and cheaper, so be sure to consider this investment.

But the cost is not the main concern associated with solar energy. An overwhelming population of people does not believe the science behind global warming. As a result, they have no real interest in changing where they get their energy from. Despite the evidence showing otherwise, a lack of understanding and awareness of the current climate crisis has resulted in the desire for solar energy to increase more slowly.

Though the cost of solar energy is dropping, the price we will have to pay for our disregard for environmental safety will only rise. Until more widespread environmental change occurs, the best we can do is invest in renewable energies where we can.