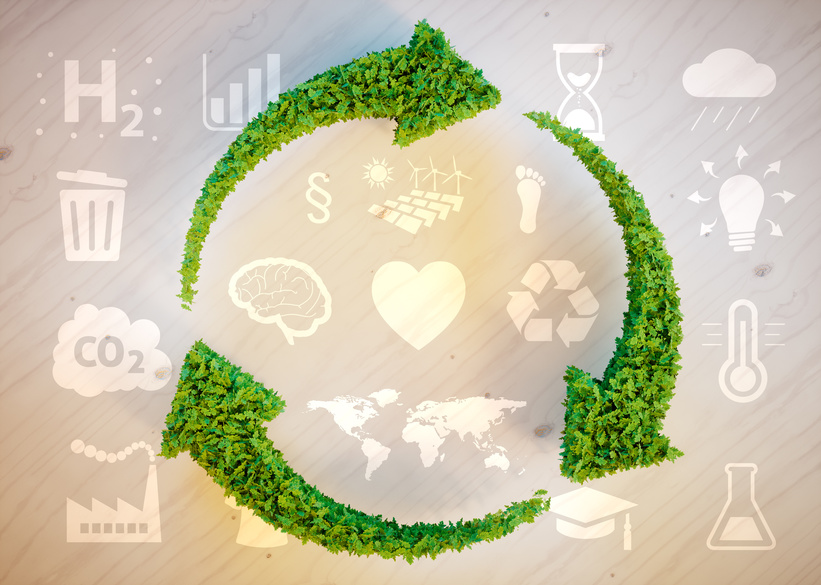 Sometimes the best intentions have unintended consequences that swiftly remind us that we live in a vortex of unpredictability. So it goes with the planet we live on. The recent conversations surrounding the environment have been louder than ever. For good reason, too. As long as we live on this space suspended rock that sustains our very existence, we should treat it with respect.

From the industrial scale, right down to our own personal practices, environmentally conscious living has been on more minds than ever before. For instance, wood is the number one most energy efficient material to make products with. Meanwhile, we’re trying to curb our use of plastic. We have a pretty big global plastic pollution/waste problem, so industries across the world are taking steps to do their part in reducing or getting rid of their disposable plastic products.

Independent coffee shops accrue $12 billion in annual sales and when we stopped to consider the number of straws, plastic cups, stirrers, etc. that were going into landfills, it was pretty clear change was needed. Grocery stores enacted this change by offering reusable grocery bags or getting rid of plastic grocery bags altogether. One market had a humorous take on this that sort of backfired.

In Vancouver, East West Market sought to discourage single-use plastic grocery bags by public shame. If you didn’t bring your reusable bag to their market, you had to use their single-use bags which all feature a variety of different, embarrassing things emblazoned on them.

“It’s hard to always remember a reusable bag. We redesigned our plastic bags to help you never forget again!” reads the caption of their Instagram video introducing the bags.

Wart Ointment Wholesale, Into the Weird Adult Video Emporium, The Colon Care Co-Op are the three bags you’ll get if you forget your reusable one. Store owner David Kwen thought this would dissuade shoppers from being wasteful. After all, would you want to be seen with a grocery bag that says Dr. Toew’s Wart Ointment Wholesale?

Turns out that people love the bags and think they’re hilarious. Which, they are, but now more people are getting the single-use bags. Unshakeable in his efforts, Kwen insists it’s a positive thing and he has a great point to back that up. After his embarrassing bags went viral, he realized that the story itself and the intent behind the bags has reached more people than he had ever hoped to.

“The underlying thing is that it creates conversation, and that’s what we actually wanted to get across to the general public,” said Kwen.

About half of people enter a business because of signage but Kwen now had droves of people coming in to get his single-use plastic bags that were meant to keep people from using plastic bags. Still, it opened so many avenues for conversation. Not merely from him, but from all the people who took them. It’s a great talking point. His solution to the popularity of the embarrassing bags is discontinuing the plastic ones and getting canvas grocery totes with the messages printed on them.

Reaching people with humor in the name of the environment? I’d hardly call that backfiring.