In this technological era we live in, you’d be hard-pressed to find industries that don’t rely on tech to do their jobs. Since many of these — such as the military, maritime, and oil and gas fields — take place in a variety of climates and weather conditions, it’s vital that their equipment be safeguarded from any potential damage. 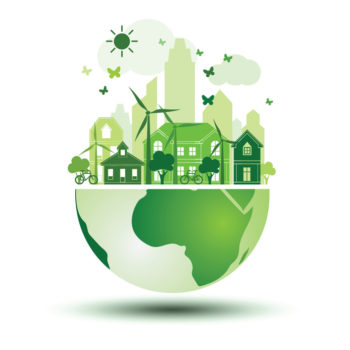 Take bridge construction as an example. Engineers need to know how much weight and torque their beams can withstand in order to guarantee the final structure is safe to use; to do this, they rely on load cells and torque sensor units that determine these measurements. Because bridges are needed in all types of climates all over the world, these instruments are designed to operate in a wide range of temperatures — from -452 degrees F to 450 degrees F.

In terms of situations where more complex information must be recorded, rugged laptops are used. The durability lies in their construction: depending on their final use, rugged and semi-rugged laptops undergo strict military testing procedures to ensure they can survive and thrive in an array of potentially violent environmental conditions. Many adhere to MIL-STD-810, which guarantees the final product can stand up to high altitudes, vibrations, water, dust, sand, fungus, rust, humidity, and even explosive atmospheres. However, rugged laptops aren’t meant to be left out in such conditions indefinitely; we are still in the progress of developing technology that can compete with the elements on a constant basis.

The state of Maryland is currently testing its limits with this technology; due to its commitment to renewable energy, wind turbines are being constructed on Maryland’s shoreline. Salt water, however, is incredibly damaging; in addition to the devastation caused by rust, single particles of salt can attach themselves to turbine blades and attract other particles (like dirt), which inevitably weighs the blade down. The turbine is forced to work harder and power output can be decreased by as much as 15%.

Industrial coatings are being used to prevent rust and erosion — especially from the power of rain — but that turns up another problem: there are very few environmentally friendly powder coatings available on the market. The wind turbine industry also relies on load cells and torque sensors (they measure vibration, bolt tightness, torque, strain, noise, and many more aspects of turbine performance) to protect their investment.

Industry leaders know how important the development of better technology is. As our society branches out more into the wilds of the world, advancements must be made.