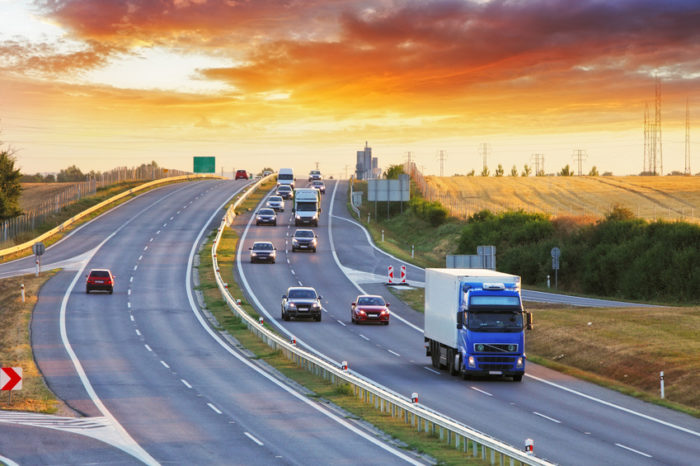 It’s no secret that many Americans are spending more time in their vehicles than ever before. In fact, about 14% of Americans have even changed jobs to shorten their long commutes, and when you factor in social events, grocery shopping, and appointments, it can seem like you’re always on the road.

However, many people neglect to realize that sitting in traffic doesn’t just chip away at your patience — it can chip away at your respiratory health as well. Experts even say that the air inside our vehicles can be more harmful than the air outdoors.

There are a number of reasons for this. About 88% of Americans reported owning a car in 2014, meaning that there are more cars on the road than ever before. And even though there have been fewer construction workers and less pollution-spewing machinery on and around the highways since the construction industry eliminated more than 40% of its work force between April 2006 and January 2011, there’s still a major cause for concern — especially around the most densely populated cities.

What’s worse is the composition of these harmful toxins, many types referred to as VOC’s — volatile organic compounds.

“[Vehicular] pollutants come largely from gasoline and diesel exhaust fumes and include volatile organic compounds (VOCs) such as benzene, toluene, and formaldehyde (known or suspected carcinogens), carbon monoxide (which interferes with the bloodâ€™s ability to transport oxygen), nitrogen oxides, and particulate matter (both coarse and fine particles),” writes Berkeley Wellness.

What’s most surprising isn’t VOCs’ negative impact on health, but on cognitive abilities. In a recent study, participants spent six full work days in an environmentally-controlled office space at the TIEQ lab at the Syracuse Center of Excellence. In this space, VOC levels were reduced to approximately 50 micrograms per cubic meter and 40 cubic feet per minute of outdoor air per person. They found that, on average, cognitive scores were 101% higher than in conventional workspaces.

So what can you do to limit your exposure to in-car pollution? There are actually several small but worthwhile car and driving tips you can take:

While we mentioned earlier that in-car air tends to be more polluted than outdoor air, it’s not always the case. You should always be selective when deciding whether or not to open your windows. Experts say your windows should remain closed when stopped at a traffic light or in a traffic jam. Similarly, try to keep some distance between your vehicle and the vehicle in front of you, especially if it’s a diesel truck. Don’t be afraid to pull over and let majorly polluting vehicles pass you.

Air Out That ‘New Car Smell’

Everyone mentions that ‘new car smell’ that remains in a new vehicle for several months after being manufactured. While it may be pleasant, it also means that the VOC concentration is at its absolute highest. If your new car has that distinctive scent, try to keep the windows open as often as possible to allow it to dissipate quicker. Driving on roads that aren’t quite as busy can be a good chance for you to open your windows and help the smell air out.

Sure, those car air fresheners that hang from your rear view mirror might look and smell appealing, but all they do is add to the chemical cocktail of toxins already circulating inside your vehicle. Try to keep your car clean and avoid the need for a deodorizer or air freshener. The only refreshing element your vehicle truly needs is fresh air.

Ultimately, understanding the causes of in-car air pollution is the key to preventing it whenever possible. Don’t hesitate to take even small steps to limit your exposure — every effort counts!