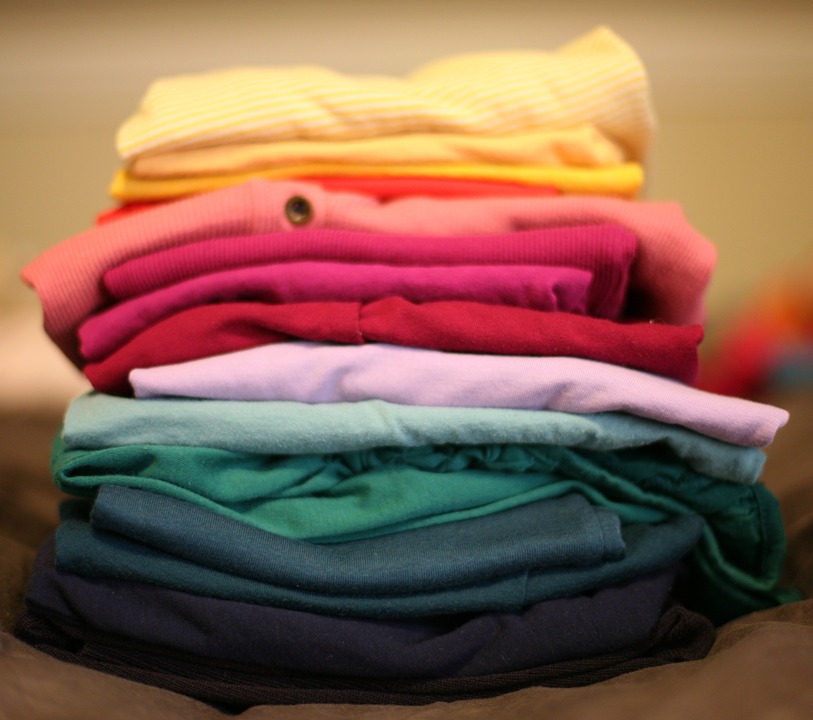 It’s been said that clothes don’t make the man, but many of us have a real attachment to our clothing. A certain piece can completely derail our self-confidence or possess the power to pick us up when we’re feeling low. And without a doubt, fitting into our favorite pair of jeans or outgrowing a beloved item from childhood can have significant emotional ramifications. But while you shouldn’t necessarily judge a pair of jeans by its cover, so to speak, there may be more of a reason to do so if you’re trying to go green. Some of your most-loved garments might represent a direct threat to the environment.

Around 66% of men say they feel more confident when they wear suits — but they might not be quite so confident about knowing the ecological impact of their duds. That said, high-quality menswear isn’t really the biggest offender when it comes to non-eco-friendly clothing. In fact, the more casual items in your closet are most likely going to be the worst in that category.

Take your basic cotton t-shirt, for example, or your favorite shirt made from a wildlife fabric collection. Most of the t-shirts folded in your drawers started as cotton grown on a farm. This process alone requires an excess of water and pesticides. After it’s harvested, it’s treated, woven, and dyed, sometimes in facilities in other countries. Then, it’s woven by hand (typically by workers who are paid poorly for their work) before being transported over to our American markets. That transportation component shouldn’t be overlooked, either. Apparel production makes up 10% of the world’s carbon emissions. So even if you think the product isn’t technically a “fast fashion” item, you’re likely still contributing to the problem. Although cotton is considered to be a high-quality, breathable material, its inexpensive and versatile nature means that you’ll probably end up owning numerous items when one would likely do — thus contributing to the cycle.

This might prompt some to say, “But I buy items made of rayon or viscose — they’re better for the environment.” Unfortunately, experts are now saying that these man-made fibers really aren’t as eco-friendly as you’d like to believe. It’s true that they’re made of natural plant materials, which some say makes them a better alternative to petroleum-based synthetics. But in many cases, rayon and viscose actually get their start as old-growth trees located in endangered rainforests.

It might shock many consumers to know that their clothes are essentially made of something similar to the paper we use every day. To make these fabrics, a dissolving pulp mill will add chemicals to a tree and create what’s known as dissolving pulp. This pulp is transported to a viscose producer, where the material is made into a fiber and then sent to a spinner or dryer. Then, it’s made into a textile and sold to the brand that makes it into the dress or top you find on the hanger in your local department store.

If this information is surprising to you, you’re not alone. Most designers (and even some sustainability experts) aren’t even aware of the process, either.

Nicole Rycroft, who founded a nonprofit that works with businesses to create eco-friendly alternatives to using old-growth forests, told Fast Company, “To be honest, even we were surprised when we found out about the link. All of the brands have been shocked. Some of them weren’t even aware that rayon actually came from forests.”

Fortunately, it looks like Rycroft’s nonprofit, called Canopy, has the potential to make a huge impact. The nonprofit has already won commitments from 105 fashion brands to go rainforest-free. This decision would represent $130 billion in annual revenue. This past spring, Canopy announced a commitment from VF Corp, whose brands include Nautica, the North Face, Vans, Timberland, and Wrangler. Gap Inc., which also owns Old Navy and Banana Republic, also committed to the cause, saying they’ll be old-growth-tree-free by 2020.

For their part, some brands are trying to become more eco-friendly on their own. Everlane, arguably one of the most ethical brands on the market, recently announced the release of its first denim collection. Normally, a manufacturer has to use 1,500 gallons of water just to make a single pair of jeans. But Everlane has created a closed water system that recycled 98% of all water used (due to the 0.4 liters that are lost during evaporation). They also developed a method that extracts the “toxic sludge” created during denim production (which usually seeps into the surrounding ground) that can then be turned into concrete to build homes. In addition, the brand says they’ve reduced energy usage by 5.3 million kilowatts of power per year by using solar power and has reduced their CO2 emissions by nearly 80%.

That said, Everlane is the exception, not the rule. Although 52% of people worldwide say they make purchasing decisions partially thanks to packaging that shows a brand making a positive environmental and social impact, the reality is that it can be very tough to know exactly where your clothes are coming from. While it may take a little more effort (and at times, a little more money) to fill your closet with sustainable options, you’ll at least have peace of mind — and more than likely, higher-quality clothing — when you buy from eco-friendly brands.