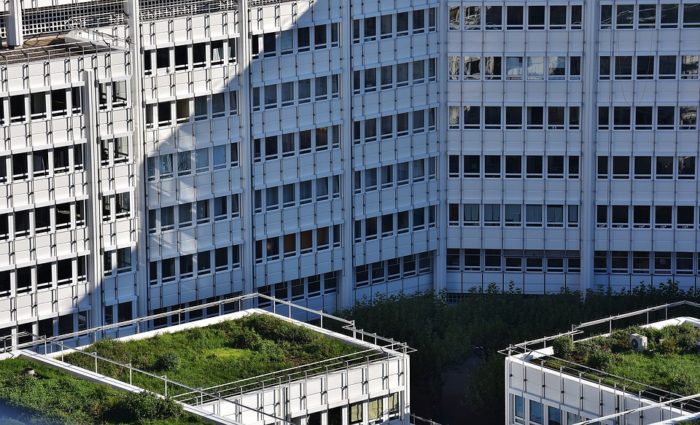 The modern metal roof has over 100 color options, including premium, standard, and customizable colors. But in Lincoln, Nebraska, the modern roof of the State University’s East Campus Recreation Center is taking on an entirely different color: green.

“Green roofs are green spaces,” said Kylie Tucker, the student leader of the project, to 1011 News. “And studies have shown that they help with mental well-being.”

Green roofs, or living roofs, have become more popular in recent years, and contractors like Distinctive Roofing, Franklin TN are making changes to accommodate the trend. Partially covering the roof of a building in vegetation, a green roof not only reduces carbon dioxide emissions and blocks ultraviolet rays but also serves as an additional drainage system by retaining storm water.

According to 1011 News, by absorbing rain into the soil, green roofs prevent 50% to 90% of runoff pollution; “They also reduce extreme temperatures by evaporating water from the soil into the atmosphere. These elevated gardens can also absorb loud noises.”

These roofs are also gaining momentum in South Carolina. Michael Whitfield, CEO of Green Roof Outfitters, has begun five green roof project in the past six months, including the Rooftop Terrace of SkyGarden Apartments, the green roof of The Refinery, and a green wall within the Half Mile North development.

“The structures provide habitat for pollinators and birds and make space more suitable for humans,” reports Proud Green Building. This bodes particularly well for the bee population, which has been showing a significant decline in recent years.

However, while the green roof does provide multiple functional and aesthetic benefits both to the environment as well as the building on which it sits, there is a potential drawback.

“Here, plants that perform well further north might not fare as well in our heat and humidity,” said Darla Moore, the financier of Moore Farm Botanical Garden, to Proud Green Building. “We aspire not only to increase the palette, but also to increase creativity in design aesthetics — we feel the best roofs are varied in texture and contrast, with natives and exotics colliding in explosive displays.”

Native plants fare the best on green roofs as proven by the increase in native plant gardening in the United States during recent years. Built for the area’s weather and climate, green roofs with native plants are easier to maintain and support local environments.

As the American population moves in a greener direction, the green roof may take off as a sustainable and aesthetically creative project.