How to Make the Most of Your Freezer 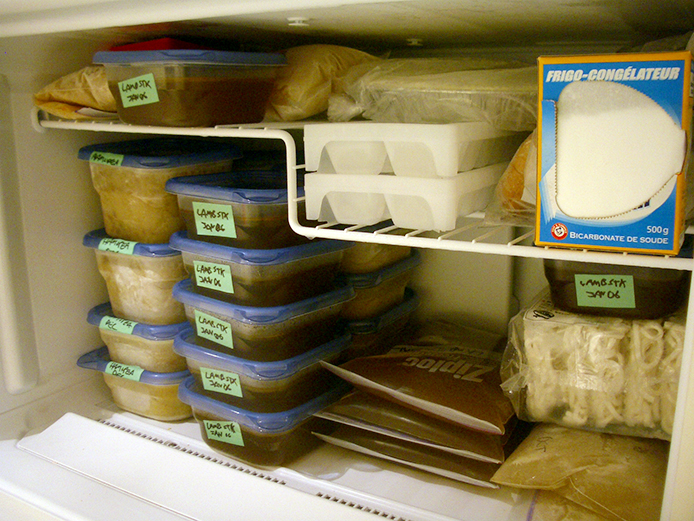 For a family that is trying to live a greener lifestyle, food waste is just one of many things that you try to reduce as much as possible. If you like to be frugal too, buying in bulk can be kinder on your wallet in the long term but does risk more food being wasted. To not waste food you need to make sure that you are storing food safely and this is where your freezer comes in: It is an extremely useful and underrated tool found in every home, that can provide so many ways to cut down on both costs and food waste.

Here are a few tips for making the most of it:

You can put many fresh herbs straight in the freezer, including coriander (cilantro), mint, chives and parsley. Freezing them means they won’t go dry and brittle, and you can just crumble them into dishes or cocktails whenever you need to. You can even chop them and put the bits into ice cube trays with a little water for smaller flavor hits in cooking or drinks.

Many supermarkets sell pre-chopped and frozen spices like chili, garlic, and ginger. You can do the same at home. Just finely chop into typical portions (eg. 1 tsp chili), put into bags and sprinkle during cooking as your recipes require. This saves a lot of time because you won’t have to finely chop them later, and it also prevents the dreaded pepper fingers + eye combo!

Buying meat in bulk can save a lot of money. Separating it into portions before putting in the freezer makes it last much longer and also prevents trying to portion it up as a solid block when you need it. You can also make a large number of meals in advance and separate into portions to freeze and be microwaved later, which makes for a super quick dinner or lunch.

Think outside the box with ice trays

These can be used in so many ways to save time when cooking in the future. If you’ve made homemade chicken/vegetable/beef stock, trays are the perfect way to portion these into little cubes for easy portioning into recipes, and garlic butter can be made in advance to make homemade garlic bread or melted on top of steaks. You can even use them to make bite size desserts.

The idea is that freezing allows you to buy in bulk and prepare in advance, which saves you both time and money in the long run.

Written by Laura at Shiply

Next post: Study Links Air Pollution As a Factor in Why Americans Are So Sleep Deprived