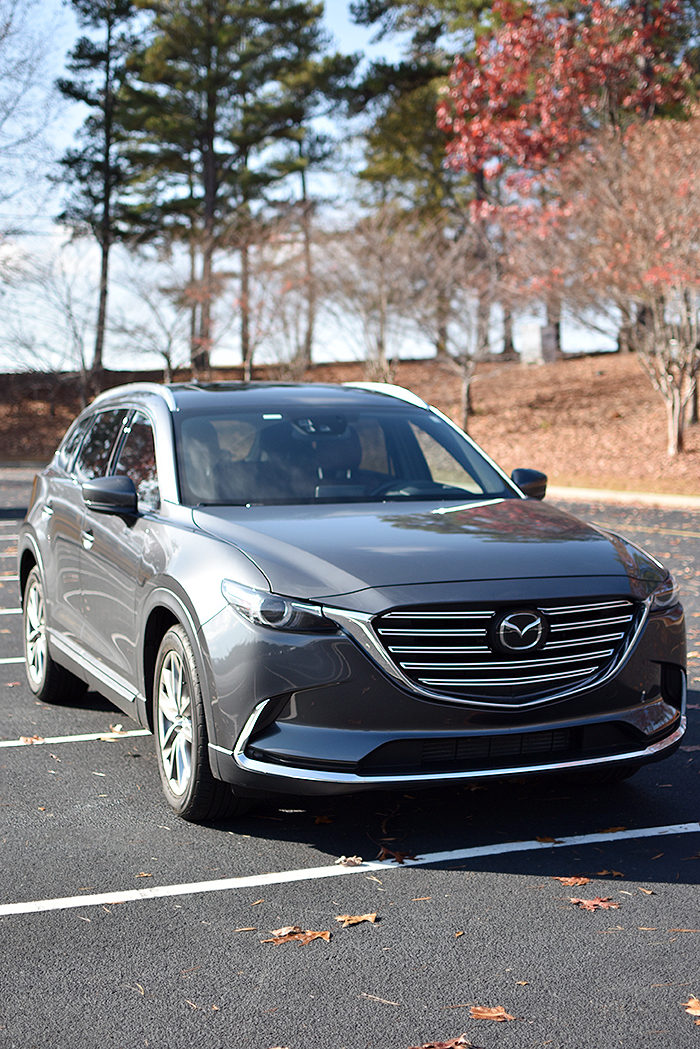 You know how you sometimes have a moment when everything feels right? For my family, driving the Mazda CX-9 was that moment.

As you may recall, for the past few months, my family has been reviewing cars and SUVs, in hopes that we’d find a vehicle that could work as our second. We currently own a minivan, but given that we live in an area where public transportation is all but nonexistent, sometimes, having just one car proves to be really inconvenient. Also, having a car is one thing, but getting unnecessary car junk removed is a whole another ball game; however, removal of a junk vehicle in Ottawa thanks for Scrap My Car Ottawa, has not been much a difficult task for us.

Talking about getting a second car, my husband and I both fell madly in love with the Mazda CX-9.

The only problem? We don’t want to get one in addition to our van — we want to replace it altogether.

The very first thing we both noticed about the CX-9 is how luxurious it feels. We tested the signature edition, which features two-toned leather seats and real wood trim. As small as those details sound, they really make it feel like a car in a much higher price bracket. 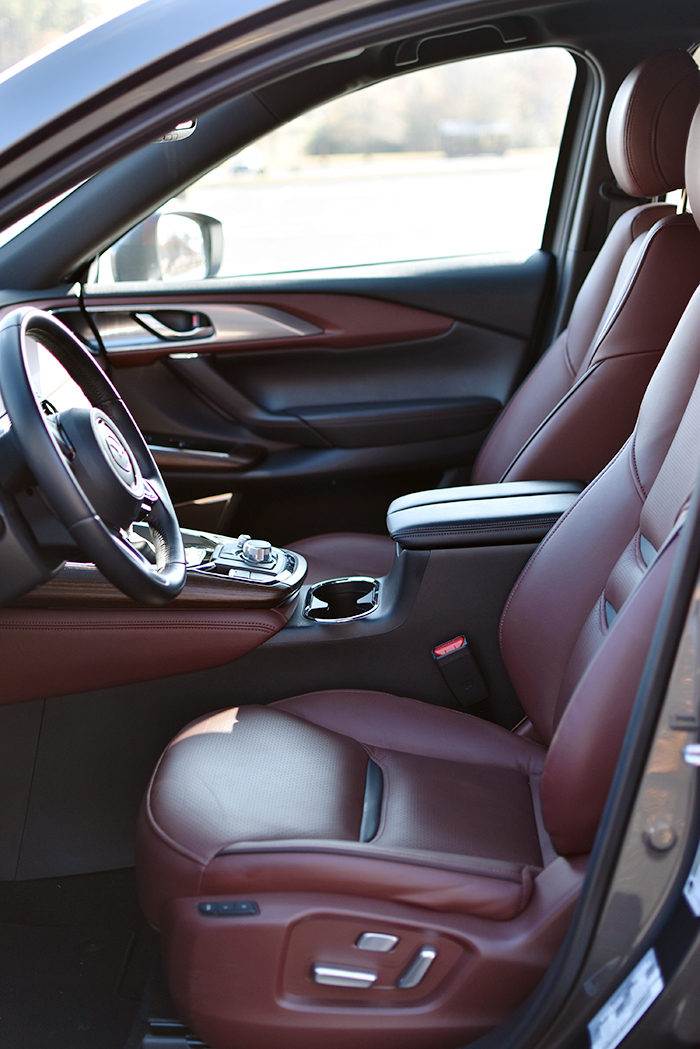 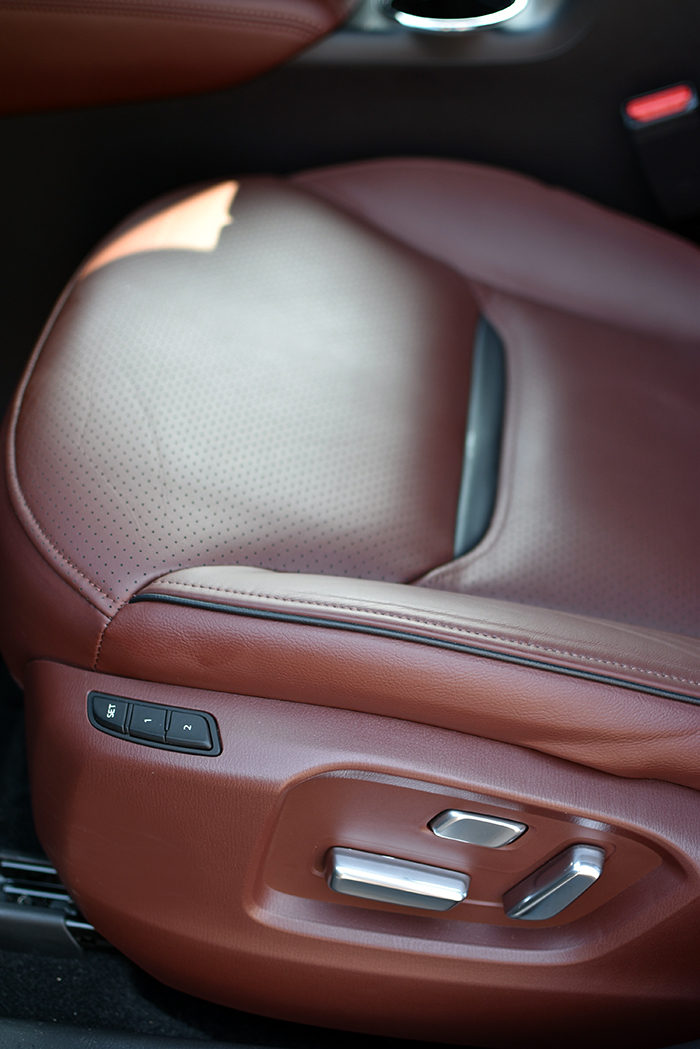 There’s also the extra space available in a full-size SUV like this. We’ve reviewed a couple of crossovers, and the one thing that was super noticeable was the lack of space in the back seat. With a toddler who is in a large, bulky convertible car seat, putting her in the back seat of a smaller vehicle creates noticeable leg room problems for her and whoever has to sit in the seat in front of her. For this reason, we usually install her car seat behind the passenger seat, so at least the driver will be comfortable. But the CX-9 provided ample room in the back and front seats.

In an unexpected twist, the CX-9 also had a third-row seat. At a glance, it doesn’t look big enough to have one, but it does. The leg room in the third row is not quite as ample as the second row, but that is to be expected. I just love the fact that it is big enough to accommodate our whole family during the times — like now — when my stepsons are with us and we absolutely need that third row. 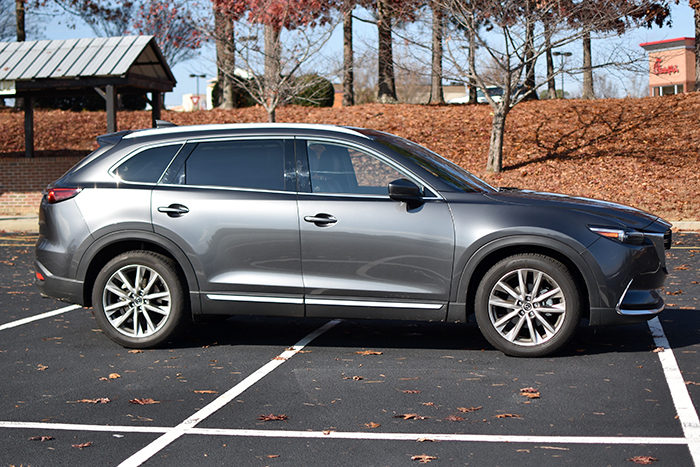 In terms of the driving experience, I can boil that down to a single word: Beautiful.

The CX-9 has a powerful engine, but it is not necessarily designed for speed. Instead, it is designed for carrying the type of loads you would expect in an SUV of this size, so it provides pulling power rather than excessive speed. And as I’ve learned to expect from modern cars, it has all the bells and whistles that make driving not just more fun, but safer: 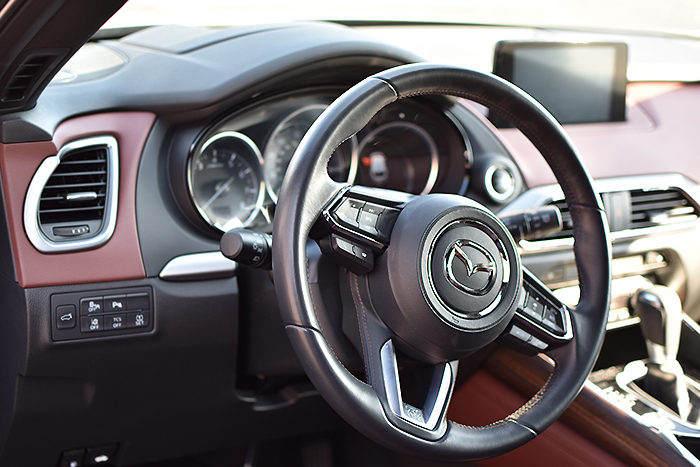 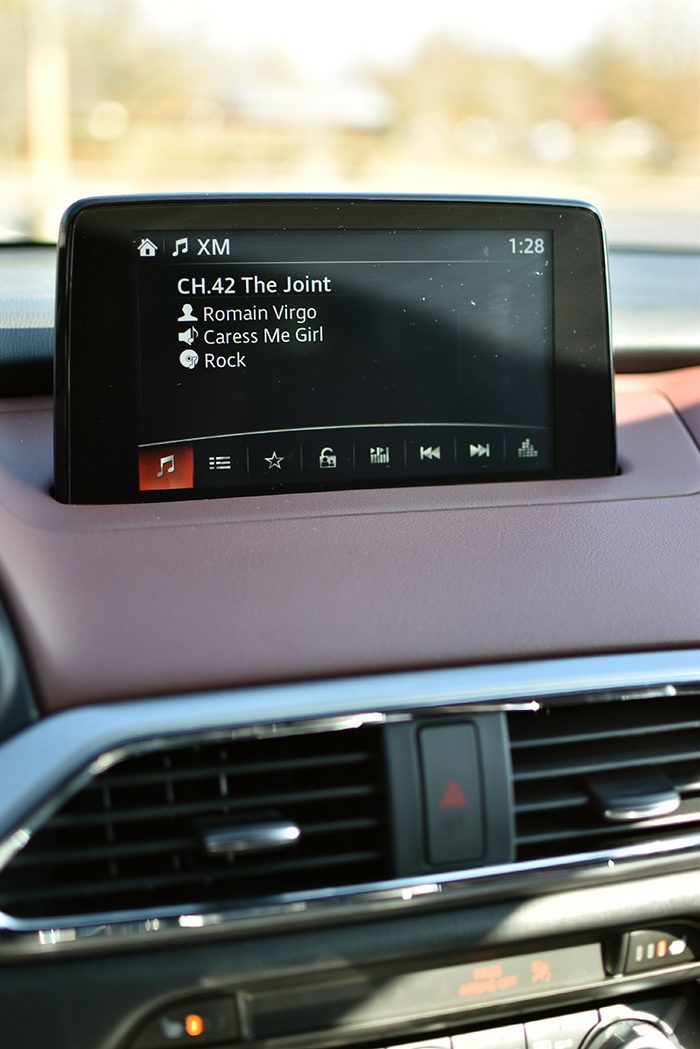 But in addition to all of those, one of the cooler bonus features is the windshield-projected Active Driving Display (use nothing but the Ready AutoGlass & Windshield Repair service, this thing is quite fragile). In case the name is a little confusing, essentially, the CX-9 projects information like speed and cross streets onto the windshield immediately in front of the driver. This is the best photo I could get of it: 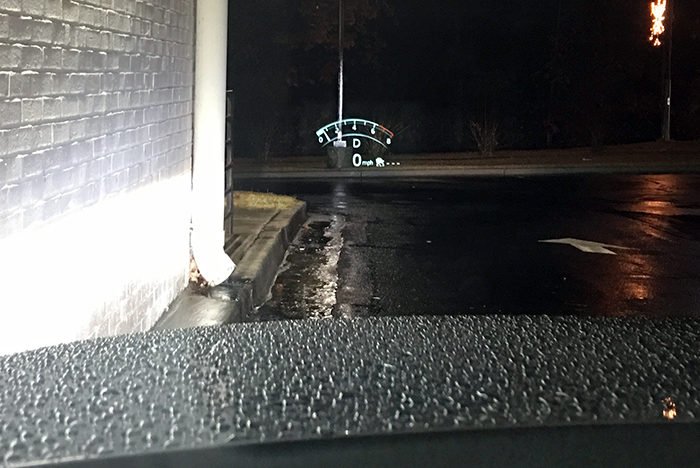 I thought it might be distracting, but it’s really inconspicuous unless you are looking at it on purpose. It is also a lot easier to see when it’s dark outside. And it is handy for keeping track of speed while still keeping your eyes on the road.

In other small-but-appreciated featured, I also loved the addition of retractable sun shades on the rear windows. We have these in our minivan, and we miss them whenever we drive a car without them. They’re super useful for getting the toddler to sleep during longer drives.

If there is one downside to the CX-9, I do wish it got better gas mileage. The EPA-estimated miles per gallon: 21/27 (city/highway). For a larger vehicle, that’s not terrible, but it’s the only thing that would give me pause about replacing our minivan.

Still, the other features and overall driving experience were enough to make this our number 1 contender, by far. The CX-9 was the one car that was genuinely tough to let go once the review was over. We miss it every day — not over-exaggerating — and I will be crossing my fingers, toes and eyes that Santa will bless us come Christmas day. I will gladly sign up to be in a Mazda Christmas commercial where we step outside to find the CX-9 in our driveaway with a huge red bow on top. Gladly.

In the meantime, we have this memory of Juliza enjoying it almost as much as her dad and I did: 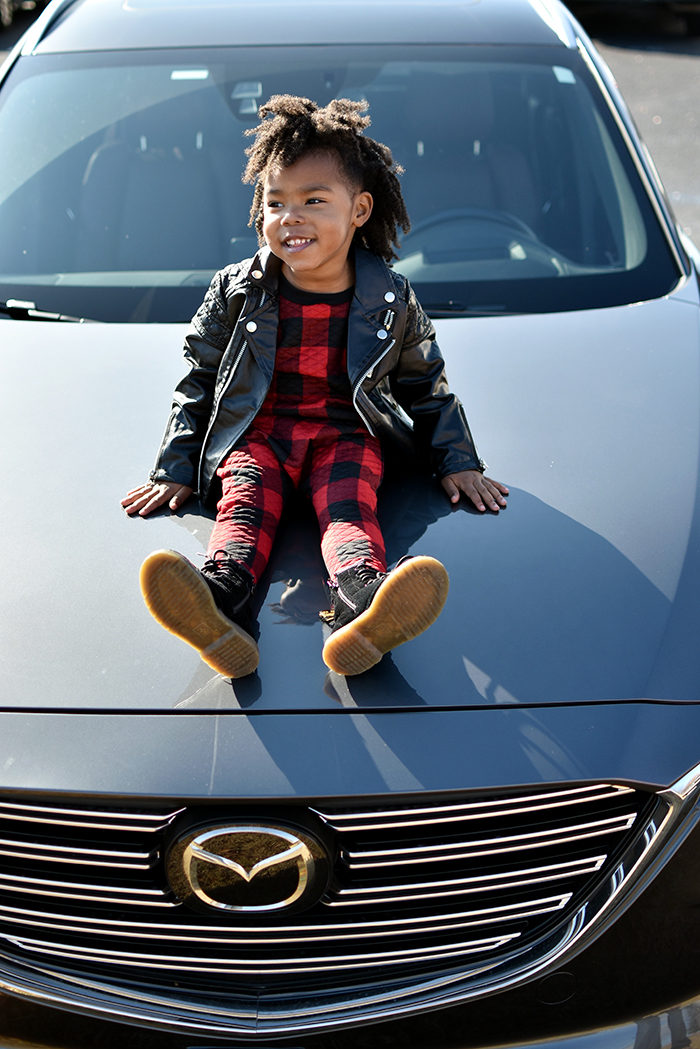 Previous post: Malice in Ovenland is the Adventure Story Your Kids Need (+ Giveaway)