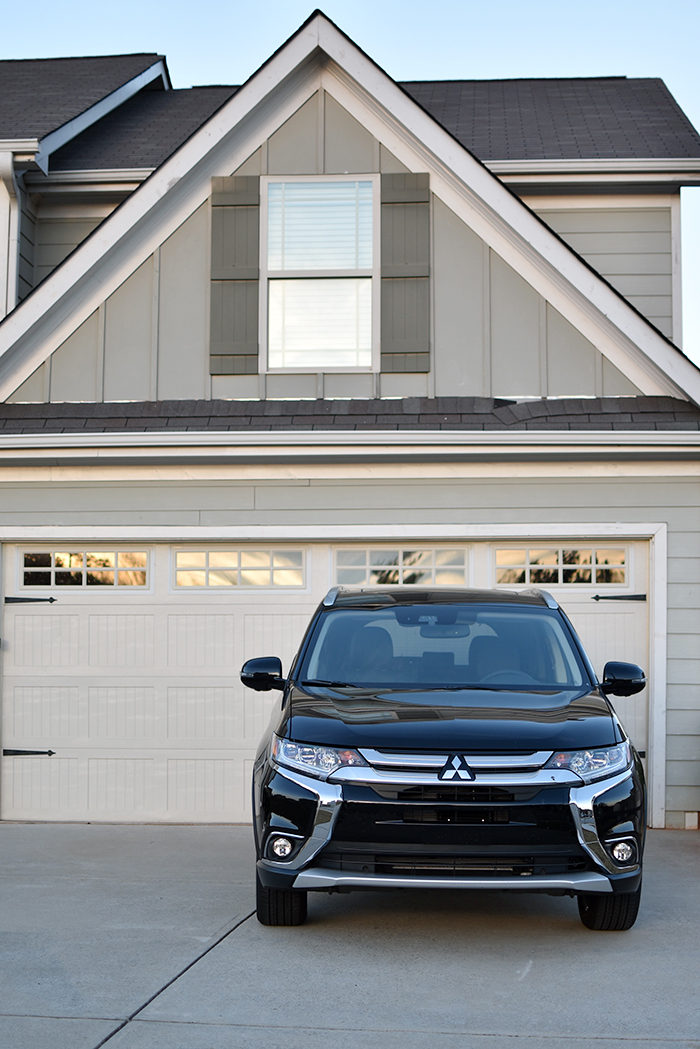 Over the years, I’ve driven a lot of cars. Everything from small coupes to minivans and crossovers. But I never really considered driving â€”Â or owning â€” a mid- or full-size SUV. Part of that is my desire for cars with great â€”Â or at least good â€” gas mileage, but the other part of it was just thinking that with a minivan in the household, we really didn’t need another larger vehicle. But after my experience with the Mitsubishi Outlander SEL, I sincerely wish I’d considered this possibility sooner.

You may recall that I’ve already reviewed a Mitsubishi Outlander. So I was a little confused about getting another one. But aside from the name, these two Outlanders are very different. 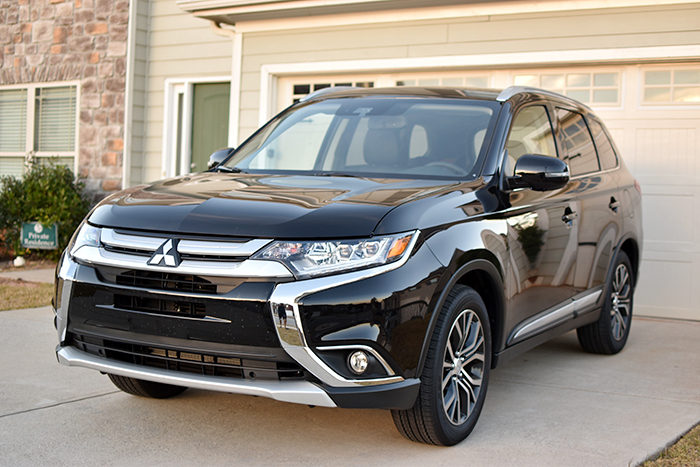 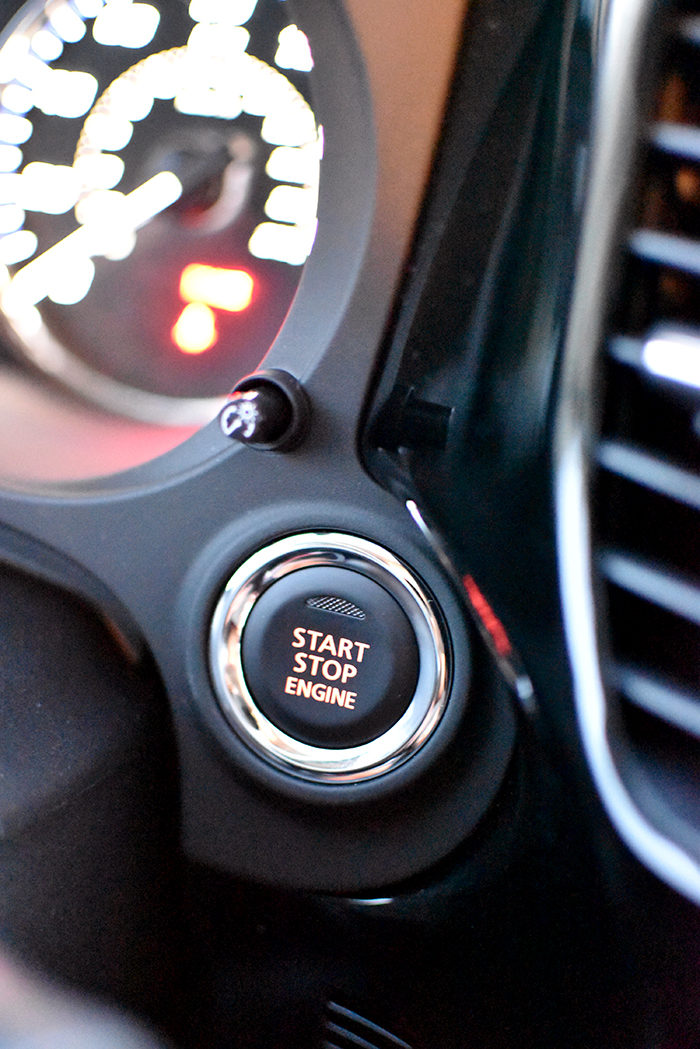 The Outlander SEL is a mid-size SUV, as opposed to a crossover, and it comes with a lot that a smaller car just can’t offer.

For one thing â€”Â and a very unexpected surprise â€” it has a third-row seat. I never expected that in a vehicle this size. It is bigger than everything else I’ve reviewed, but it’s still not huge. So I was pleasantly surprised to see that it can seat 6-8 people relatively comfortably. To be fair, the rear seat does come at the expense of trunk space, but that’s usually true even in larger SUVs. The rear seat also doesn’t come with a lot of leg room. So while it wouldn’t work for 6 people on a road trip, it is the perfect option for trips around town with my daughter and her friends, or for when our extended family wants to go to a local event together, but we want to take one car. 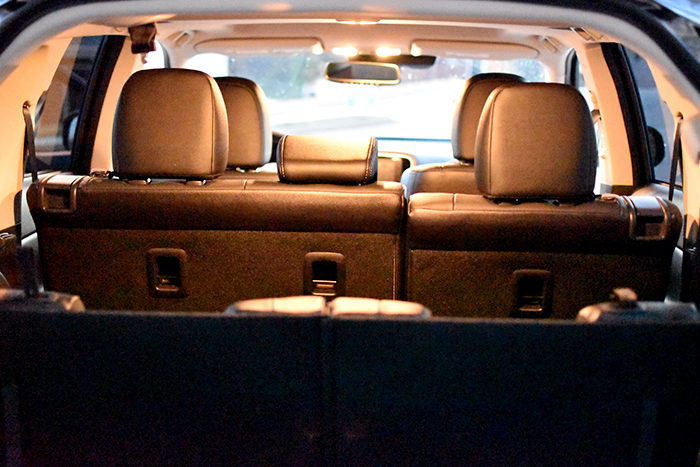 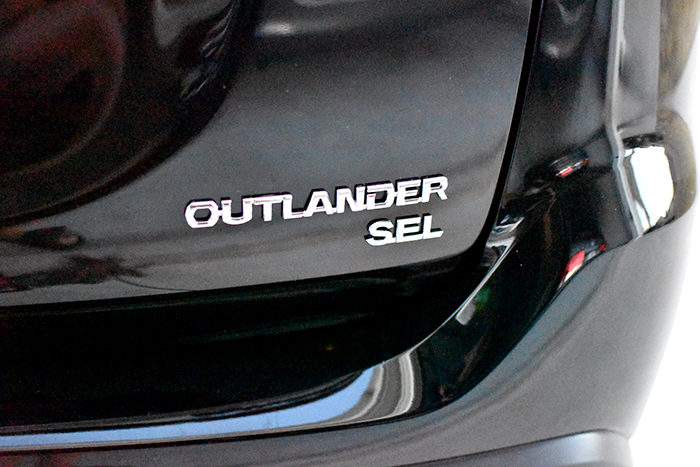 The third row seats fold down really quickly and easily for those times when we need extra storage. We kept them folded down for just about the whole week, because we like to keep my daughter’s stroller in the trunk and it couldn’t fit otherwise. But what is nice is that the second-row seat stows quickly and easily too. So if you wanted to buy a big artificial Christmas tree in a big box, you could make it fit.

What also impressed me about the second row seat is how much it could be adjusted. The back is adjustable, which is helpful for getting a large car seat to fit well, but it could also be moved backward and forward â€” a necessary feature when there’s a possibility of passengers sitting behind you. 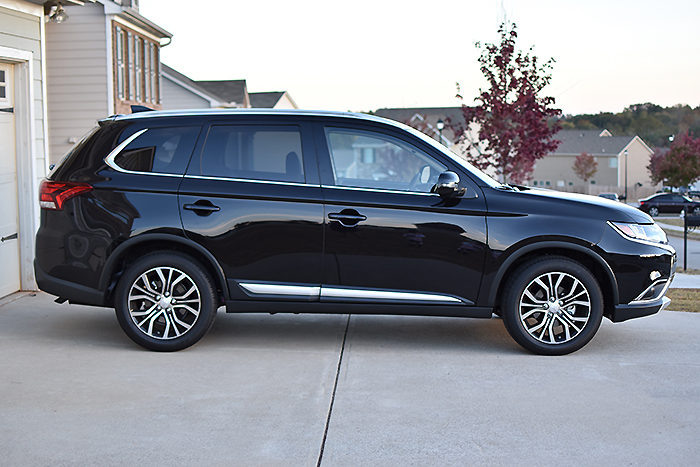 The final feature that really surprised an impressed me was the car’s smartphone integration system, known as “Car Play”. Most modern cars come with built-in navigation systems. This one did not, but with good reason. The Outlander does have a large touchscreen interface and backup camera. And the Car Play system turns that screen into an interface when you plug in your smartphone. In other words, you can look up directions on your iPhone or Android (team iPhone here), and follow those directions from the car’s touchscreen. In fact, you can use the touchscreen to look up directions too. Several phone apps work in the interface, from maps to text messaging, email and even Siri. Yes. As long as your iPhone is plugged in, you can talk to Siri, and she will respond. You can tell her to send texts, make phone calls, read texts, look up directions and more. This feature proved invaluable because I never had to type locations or contacts on a slow touchscreen interface â€”Â unless I wanted to, of course. 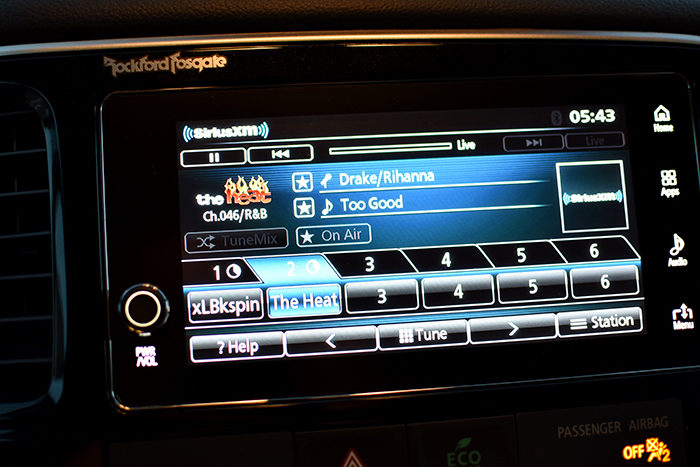 The one thing to consider is that when your phone is plugged in, there are some features you won’t be able to access on your phone without unplugging or losing your place in the on-screen apps. But perhaps this minor annoyance will discourage folks from using their phones while driving, so it’s still a win.

Between the extra space of a larger SUV, the third-row seat option and the Car Play system, I fell hard for the Outlander SEL. And so did my husband. I’m really going to have to expand the type of cars we’re considering.