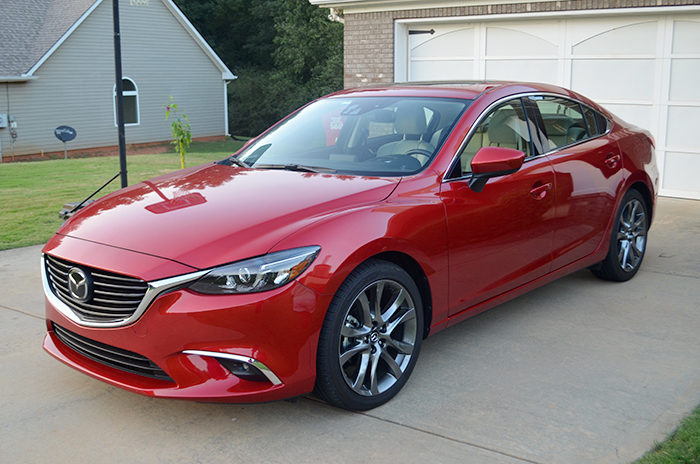 My family has been living with one car for years. Most of the time, it’s not a huge issue. But when it is a problem, it’s a big problem. When we have competing obligations on opposite ends of Atlanta or too many events scheduled on the same day, it can be a challenge to get everything done. So I am so excited to be working with Drive Shop Atlanta to review a variety of cars, in an effort to figure out what would work best for my family. 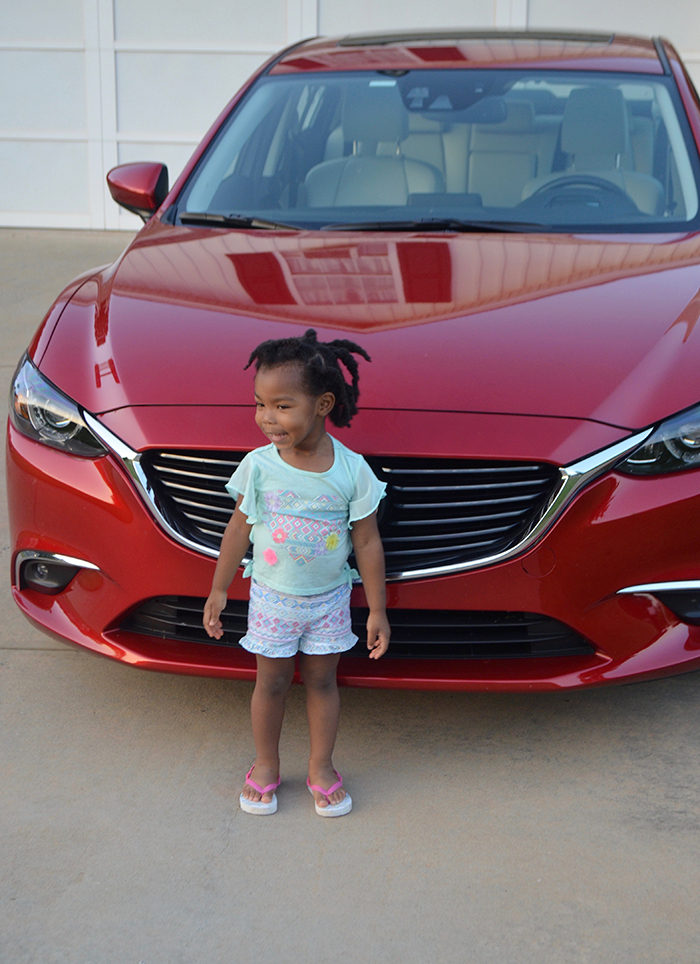 Given that our current vehicle is a minivan, we’re used to having a lot of space. It is far from a sexy ride, but it is a practical one that keeps us all comfortable (if not cute). Our appreciation of all this space drove our desire to get a second vehicle with ample space as well. It’s why the first two vehicles we reviewed were both crossovers â€”Â smaller than an SUV, but larger than a car. 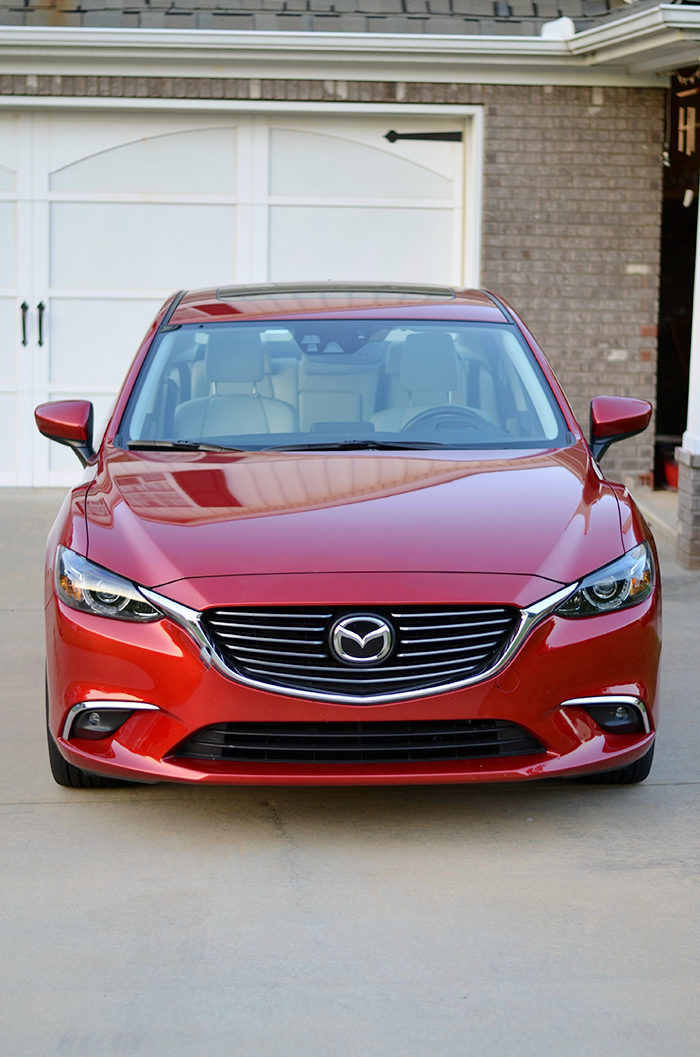 This time, I wanted to try something that would be more practical, because we really don’t need two large vehicles. We got to test drive the Mazda 6 for a week, and I am not overexaggerating when I say we’re in love. No. Really.

For years, I’ve admired the Mazda 6 from afar. It’s a sexy little car that has lines and curves in all the right places, and I’ve always wanted to drive one. I’m happy to report that I was not disappointed. 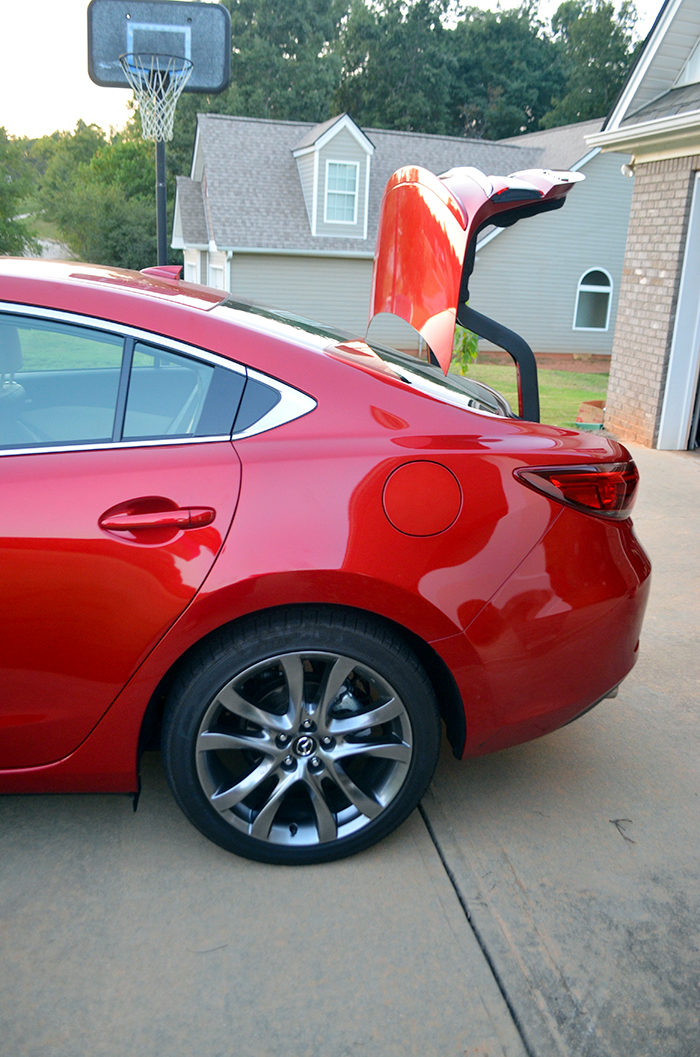 Having driven the Mazda CX-5, I had some familiarity with the setup of the features on the 6.

The keyless entry and start remains a favorite. Of course, there were a few occasions when I or my husband got out of the running car with the keys in our pocket â€” running into a convenience store with the rest of the family still in the car, for example â€” and the car will quickly remind you that the key needs to be present with a series of beeps. But more than anything, it’s just super convenient and easy to be able to unlock and start the car at the push of a button.

I also love the ability to connect my phone via Bluetooth, which made phone calls to my husband a lot safer and easier to hear. I will say, though, that as an iPhone user, Siri is not terribly compatible with the Bluetooth system. In fact, every time I wanted to use Siri while in the car, I had to turn off my phone’s Bluetooth function so she’d hear me properly. This means that instead of being able to tell Siri to call my husband, I had to physically pull up the number, either on the touch screen (when the car is stopped) or via my actual phone. Not the most convenient setup, but being able to play Pandora or my own music via my phone still made connecting the phone to the car worth it. 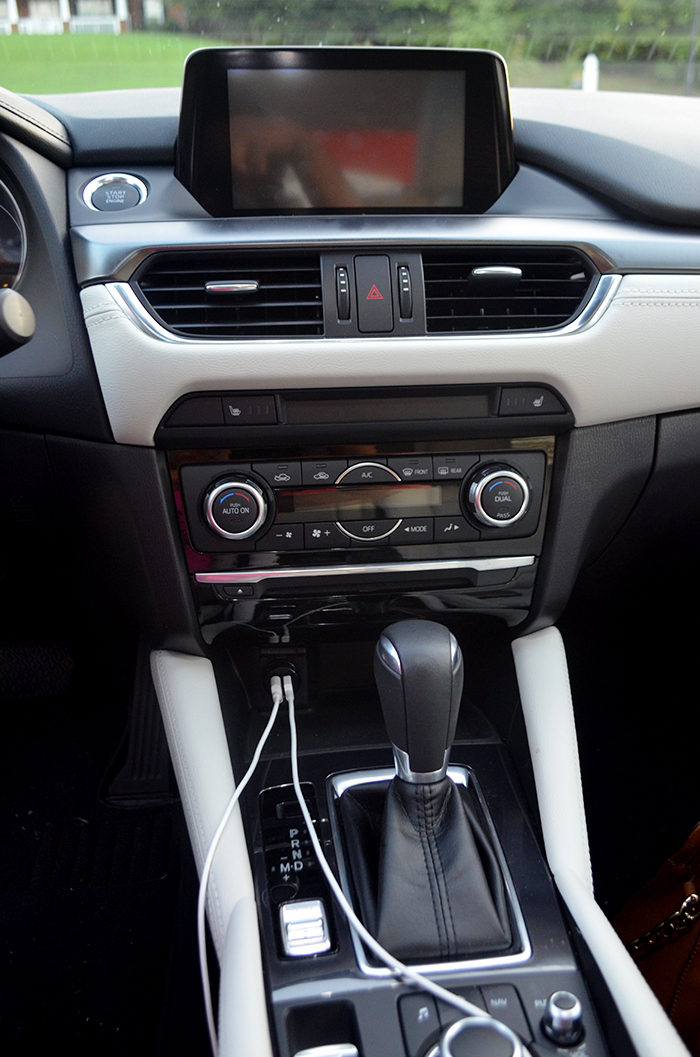 The touchscreen interface is pretty similar to the interface in the CX-5, but I did notice one feature that I hadn’t noticed before. It is a simple feature, but one that proved really handy for my husband and I. We tend to use our phones for navigation rather than the car’s system, but I did notice that the upcoming street name shows up at the top of the touch screen, regardless of what mode it is in. You can see the street name in the photo below, above the music info. 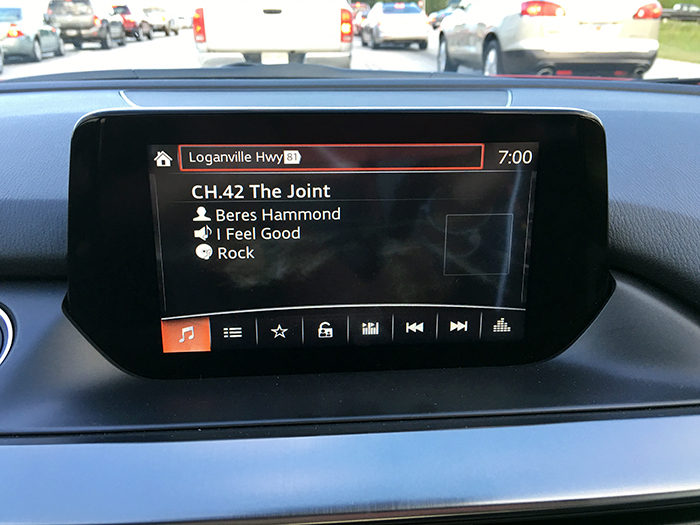 Like I said, small feature, but something that is really helpful when you’re traveling in an unfamiliar area and need to know when your turn is coming up.

Other favorite features include the backup camera (because yes, please), blind spot warning light and sound, lane awareness, and â€”Â as silly as it may sound â€”Â the sunroof. I love a nice, large sunroof.

Riding around with the sunroof open with hubby @rfahrenhyt on our last full day in the Mazda 6. We're going to miss this one. Really. #DriveMazda @mazdausa

The trunk space was great and was able to easily accommodate my little one’s stroller along with both girls’ suitcases and other “stuff” for a weekend spent with their grandmother, with room to spare. While backseat space is limited, that would be true for any car about this size. But to demonstrate what I mean, here’s the family in the car with Juliza’s feet firmly propped on the front passenger seat. Because toddlers gonna toddler. 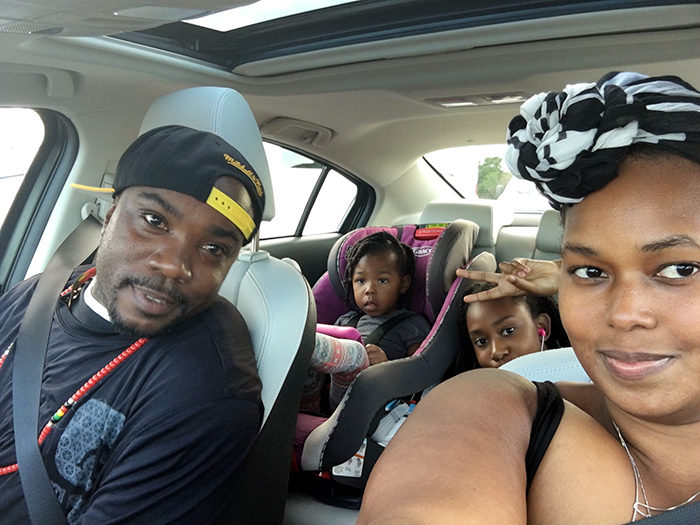 Overall, it was a smooth, sexy ride (like awesome date night with the hubby type sexy), and the gas mileage was pretty amazing. I can’t give you an exact measured MPG, but during a week of driving with several trips back and forth to Atlanta, a city south of Atlanta, and Athens, we only had to fill up the tank once.

At the end of the week, I was really, really sad to let this one go. If I had to choose today, the Mazda 6 would be my choice. That may change next time we get to try a different option, but this one has flown straight to the top of the list.