For years, my family has lived with one car. Save for a short time when my husband and I both had vehicles, we lived with just one, and we were able to make it work. This was largely because I have worked from home for so long, and I don’t need to hit the road very often. But in the past year or two, it has become more obvious that we might need to add a second vehicle to our household. Now that we have two kids and one of them is a competitive gymnast who needs to go back and forth to practice and competitions, and we’re looking to get the other involved in modeling, it’s become an uncomfortable juggle every time we have a variety of household obligations around the same time. Free car disposal in Welshpool, Perth is a good opportunity to trade off a new car.

So I am so excited to be working with Drive Shop Atlanta to review a variety of cars, and their vast variety of services for automotive fields, in an effort to figure out what would work best for my family. 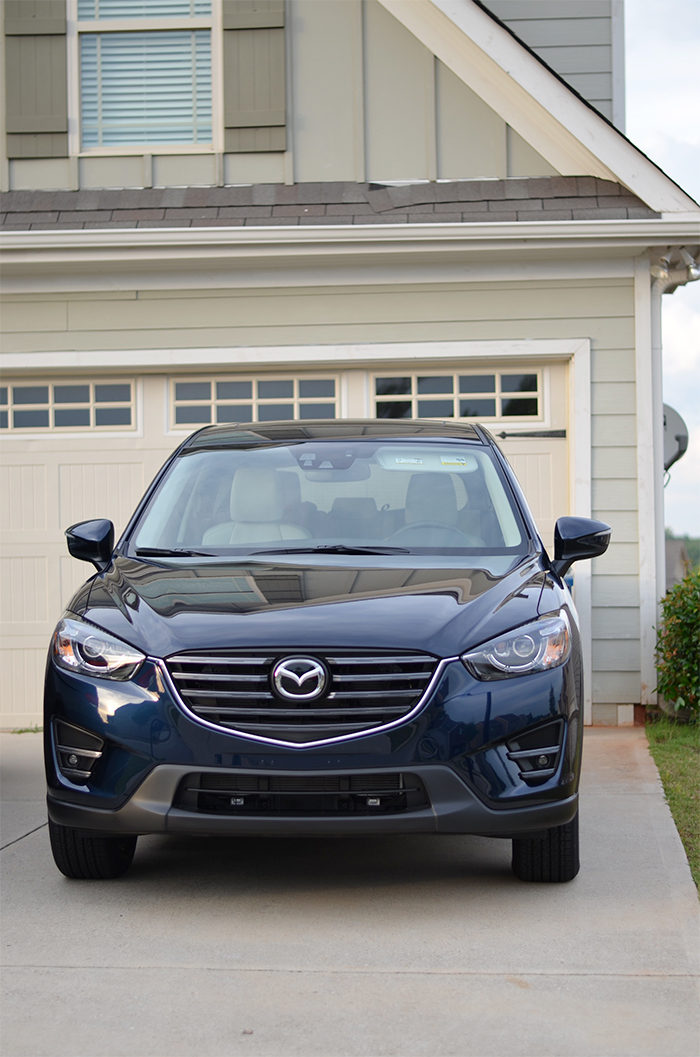 My family and I spent a week going to the park, the grocery store, the mall and just driving for fun to fully test how well it fit our needs.

As first impressions go, this one was pretty amazing. I can’t lie, I like things that look good. And as much as it has served my family well, the 2008 Honda Odyssey we own right now isn’t going to win any beauty contests. And the CX-5? Well. It’s just pretty. I reviewed the Deep Crystal Blue Mica color, and that alone made my heart go pitter patter. But beyond that, it’s sporty and sleek with great-looking wheels, and as a crossover, it’s just the right size. 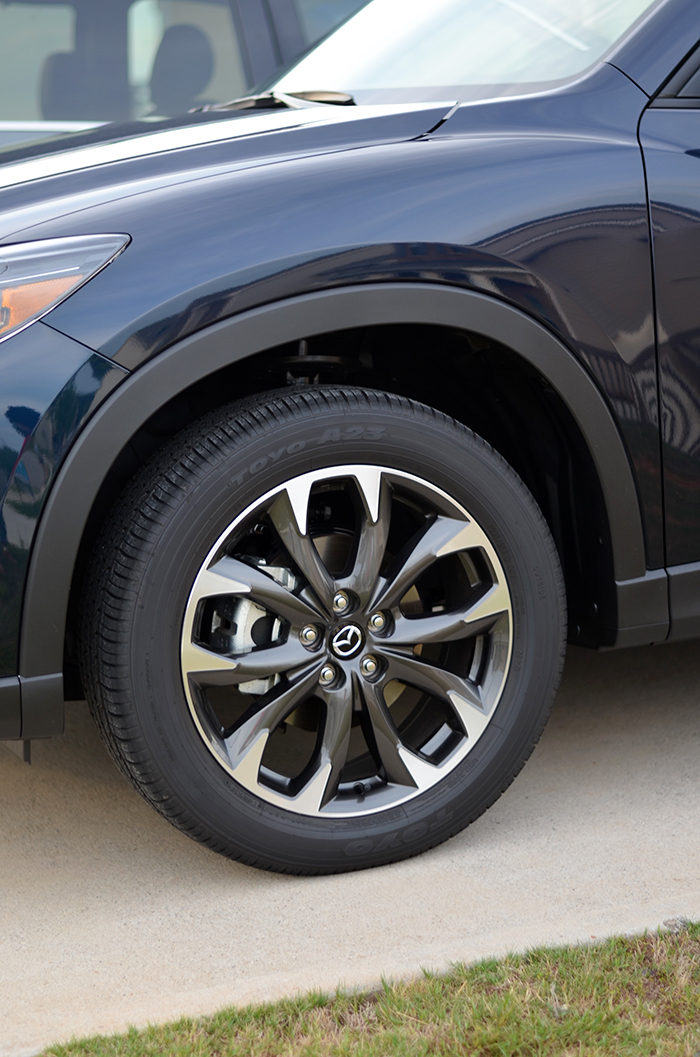 Plus, it has pretty good gas mileage for a crossover. As much as I want to go out and buy an electric car, I know that Georgia just doesn’t have the infrastructure or the demand to support it right now. So it’s important to me that our second car has good fuel efficiency. The CX-5 gets 33 miles per gallon on the highway and 25 mpg in the city.

I could attempt to talk more about the technical aspects of the car, but to be honest, that not what really matters to me. What matters is the way we will use it, as a family. And to that, I can say that it would be a great fit for our needs.

As a driver, I’m pretty low maintenance. I really just need the ability to climb in my car, start it up and go, with reliable cruise control for long drives. But it is amazing to be able to step up to additional features I never even knew I’d want.

For example, keyless entry and start. The Mazda CX-5 comes with a proximity key fob, which means that as long as it is in my pocket, my purse, or otherwise on my person, I can enter the car without using a key, and simply push a button to start the car. After years of key usage, I admit it took a while to get used to the idea that I didn’t need it. But after a few days, I fell in love with this feature. I just had to remind myself that if I put the key fob in the center console, I needed to take it with me when leaving the car.Â It happens sometimes thatÂ your car door will not open.Â Check outÂ http://www.kwikeylocksmithservices.com/ whose personnelÂ will come to your location regardless of the hour or location and get you on your way.

Another feature I loved was the ability to connect my phone to the car via Bluetooth. This made it easier to answer, and make, phone calls without taking my eyes off the road, and even play my favorite Spotify playlists via the car’s speakers. But even without connecting my phone, the musical options on the CX-5 are robust. I was able to listen to local radio stations, along with a variety of satellite radio stations.

The CX-5 also came with a navigation system. Given that I’ve been using my iPhone for navigation for years, it was nice to be able to use the car’s system instead. When entering addresses, the interface will suggest street and city names to help you move faster, and you can type on the touch screen or use a knob on the center console to cycle through the options. There was one location that I was unable to find on the car’s GPS, so I had to switch back to my phone to find it, but that was the only time it happened.

The entire touch-screen interface inside the car was awesome to have. It was intutive to use, and the 7-inch screen made everything easy to see and understand. Another favorite feature was the backup camera. Our minivan has one, but this is like a backup camera on steroids. In addition to the fact that it displays on sizeable screen, rather than a couple of inches in my rear-view mirror, there’s also a grid that shows up when you put the car in reverse. 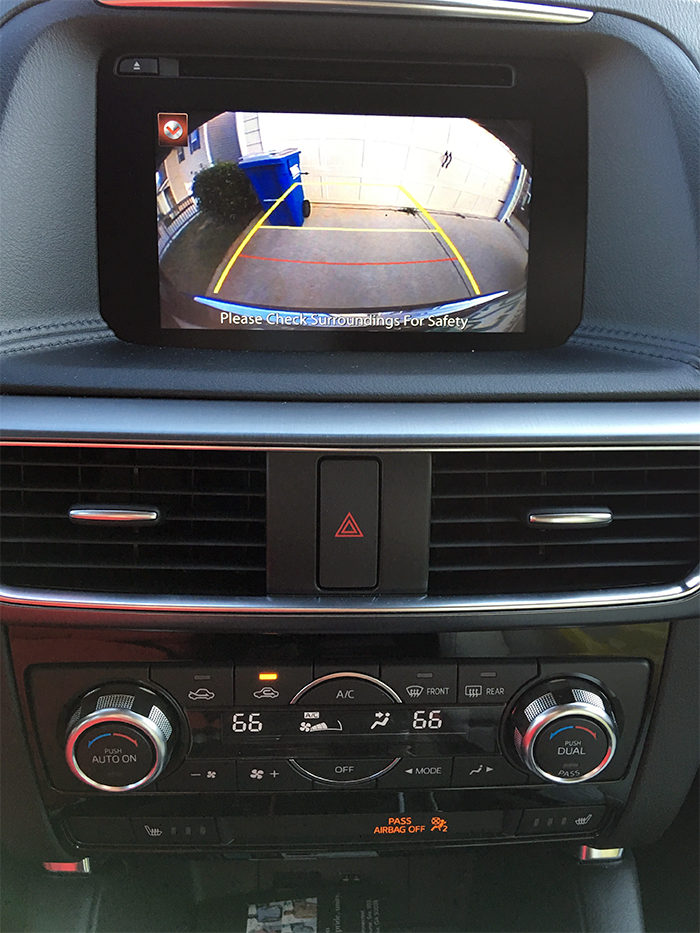 The grid gives you a much better idea of distance from everything around you than the camera view alone. Because of this grid, we parked the car in almost the exact same spot on the driveway for the whole week, and I was able to get around our recycling bin without having to get out of the car to move it, even though it was directly in my path. It was also helpful for backing out of our driveway, because it gave me a wider range of view than just looking in my mirrors, or out the back window. It acted as an amazing safety and awareness feature.

Speaking of safety features, the CX-5 also comes with blind spot and lane awareness indicators. One of my worst mistakes as a driver, years ago, was changing lanes while someone was in my blind spot because I relied only on my mirrors. I almost ran us both off the road, and we were both left terrified. Since then, I never, ever change lanes without turning my head to look out the window to make sure noone is in my blind spot. So the blind spot monitor gave me so much more peace of mind that I expected. A light flashed yellow in the side mirrors anytime there was a car in our blind spot, and if I put on my indicator to change lanes, there was an audible beep to alert me.

The lane awareness feature is essentially a system that tells you how bad of a driver you are. I’m only sort of joking. The system makes a dull, annoying noise every time to start to veer out of your lane. It is automatically disabled when you turn on your indicators, as that implies you’re leaving your lane on purpose. But it snaps you to attention really quickly while you’re driving, especially when you have a toddler in the back seat who will add to the pressure by screaming “What’s that sound, Mommy?” The lane awareness feature can be disabled with the push of a button from inside the car, but I actually liked having it as a constant reminder to pay attention on the road.

The last feature I’ll go into detail about is the cruise control. Most of the cruise controls I’ve used are really simple. You can lock in a specific speed, then accelerate, decelerate, or turn it off entirely. That’s it. Well, the cruise control in the CX-5 is a bit more advanced. I can actually turn it on, then using a diagram that shows up in the dash display showing the car in front of me, I can actually tell the car how closely I want to follow said car. Then the car will speed up or slow down as necessary to keep that pace. That was the feature that really showed me how far car design has come and gave me a real-world look at how cars that drive themselves are possible.

If I had any complaints, it would be about the amount of interior space. I suspect that’s just because I’ve become so accustomed to our roomy minivan, but I do wish there was more back seat space. With Juliza’s convertible car seat in the back seat, the passenger front seat has to be moved pretty far forward to give her leg room. This made for some cramped seating quarter for my 6-foot-tall husband, which meant that if we all went out together, it was more comfortable for him to drive. Also, if we were still installing Juliza’s car seat in a rear-facing position, which is highly recommended for at least 2 years, it might make the passenger seat unusable. So that’s definitely something to consider if you have kids still in car seats.

The trunk space was great for a car this size, though, and there’s a built-in privacy screen to protect anything you put in the trunk from outside view. Plus, it comes with a full-size spare, which is a rarity these days.

We honestly loved our time with it, and it has made me take a serious look at crossover vehicles, which I hadn’t even really considered when we first decided to start looking for a second car. That’s a definite win, and it’s going on our short list.