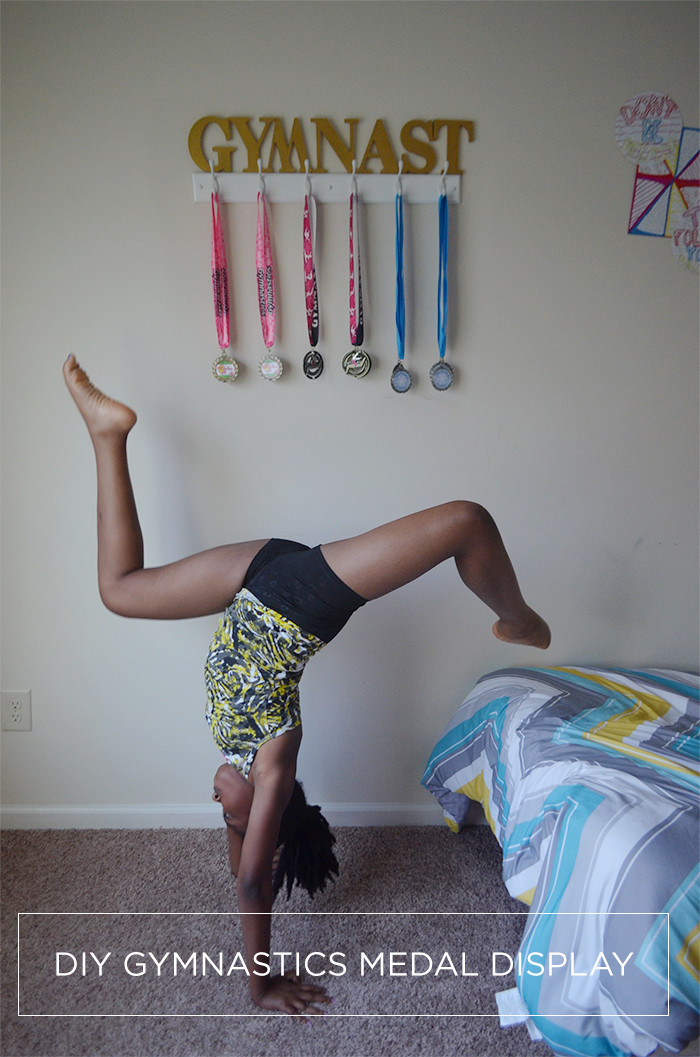 When my husband and I bought our daughter a Groupon deal to try out a few gymnastics classes a few years ago, we had no idea that it would become her passion. We were honestly just trying to help her find an activity that would burn off extra energy. At the time, she was still being treated for leukemia, so we put her in a recreational class that wouldn’t push her too hard. It quickly became clear, however, that she wanted to pursue it much more seriously. Fast forward a few years, and she’s now a competitive gymnast with Olympic goals. Our job as parents? To support that dream and do everything we can to remind her she can achieve it. She just completed was her first competition season, and she finished with quite a bit of hardware â€” including trophies and medals for an all-around title in her very first meet. We just needed a great way to display it all. So when Walmart challenged me to share a home project, I knew I wanted to create a way for her to display her medals. 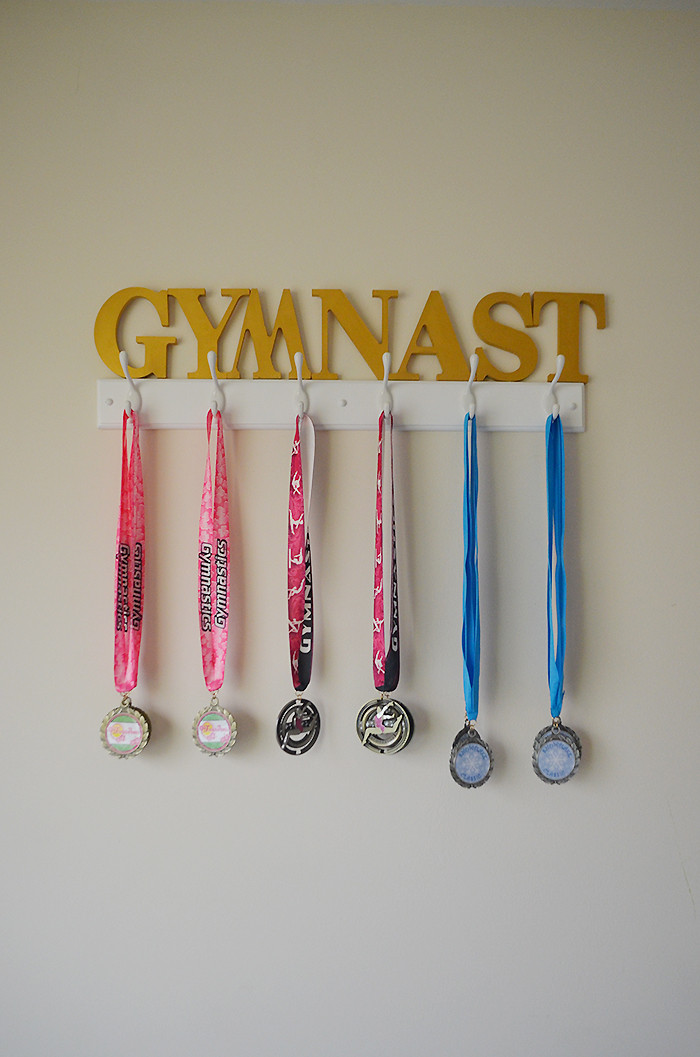 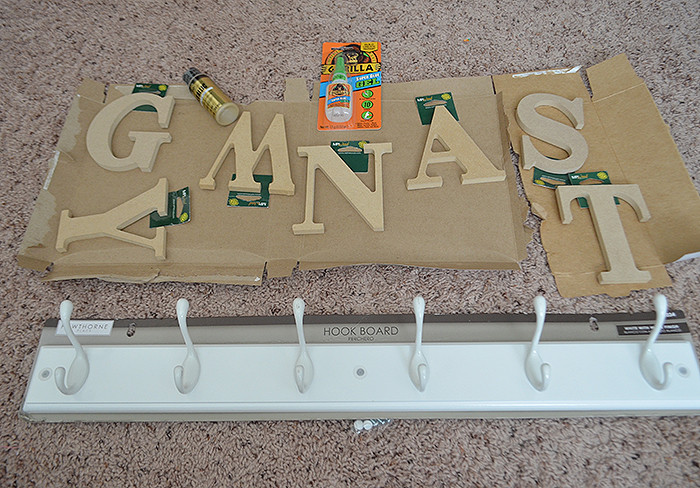 When I was brainstorming how to display her medals, my first thought was a pegboard. That way, she’d be able to add new hooks as needed. The problem is that I knew it would take up a lot of wall space. Plus, let’s face it â€” pegboards generally aren’t great to look at.

Instead, I decided to use a hook board. Much cleaner design taking up much less real estate. We could’ve just hung the board and been done with it, but I wanted to customize. I headed over to Walmart’s craft section and picked up some wooden letters to spell “gymnast.” You can spell out whatever you choose, from the name of your sport to your name. Whatever you do, be sure to position the letters across the top of the hook board before you buy. Our letters just barely fit across the width of the board, so we had very little room for error.

Putting it together is pretty simple. Paint your letters in the color of your choosing. For a gymnast, we choose…GOLD, of course. What else could we choose? 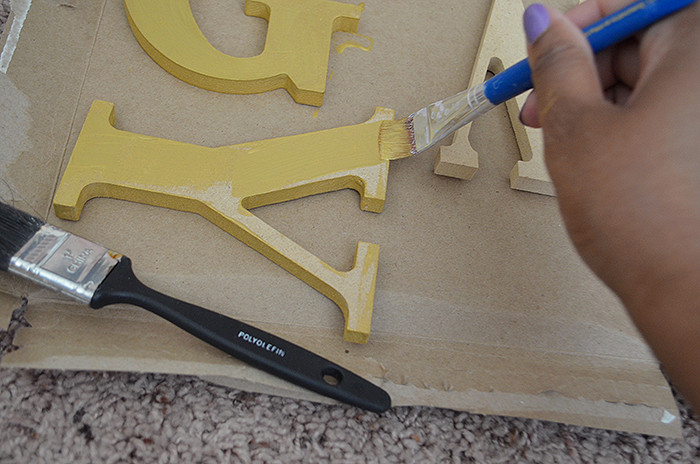 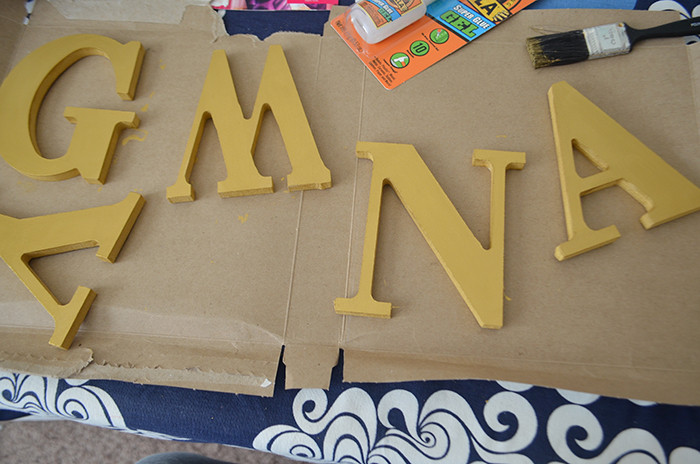 I suggest doing several coats of craft paint for an even finish. Let the paint dry fully before moving on to the next step.

Position the letters across the top edge of the hook board. If that M looks strange, that’s because it’s an upside-down W. Gotta do what you gotta do 🙂

Anyway, glue the letters into place with wood glue. I’d recommend gluing not just the bottom edge that’s touching the board, but also the places where the letters touch each other, just for extra reinforcement. 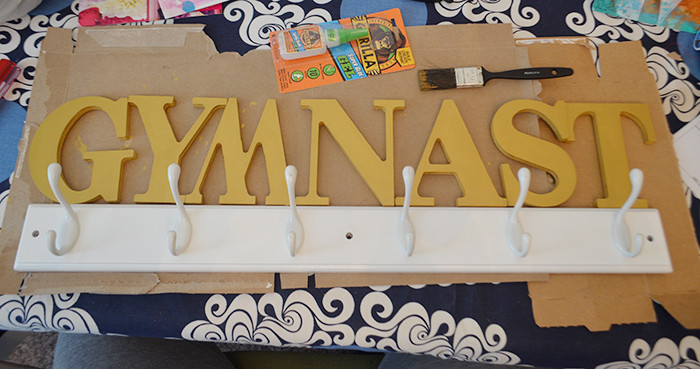 The letters will end up leaning against the wall, so even if the glued contact points are narrow, you should still be OK. But you’ll definitely need the right kind of glue for this job. We initially used Gorilla Glue gel, but we wound up switching to regular Gorilla Glue for better hold. Be sure to let the glue dry fully before hanging.

My favorite gymnast racked up 10 medals this competition season. While it would be awesome if she could wear them all the time… 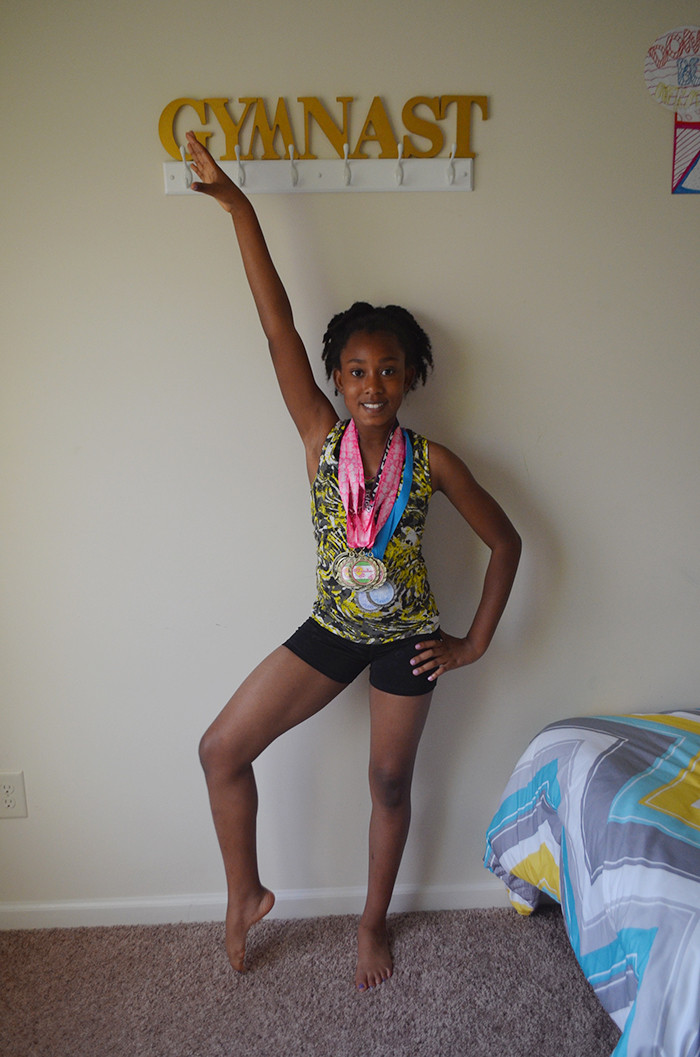 I think hanging them in a place where she can see them and be proud of her accomplishments in a better idea. 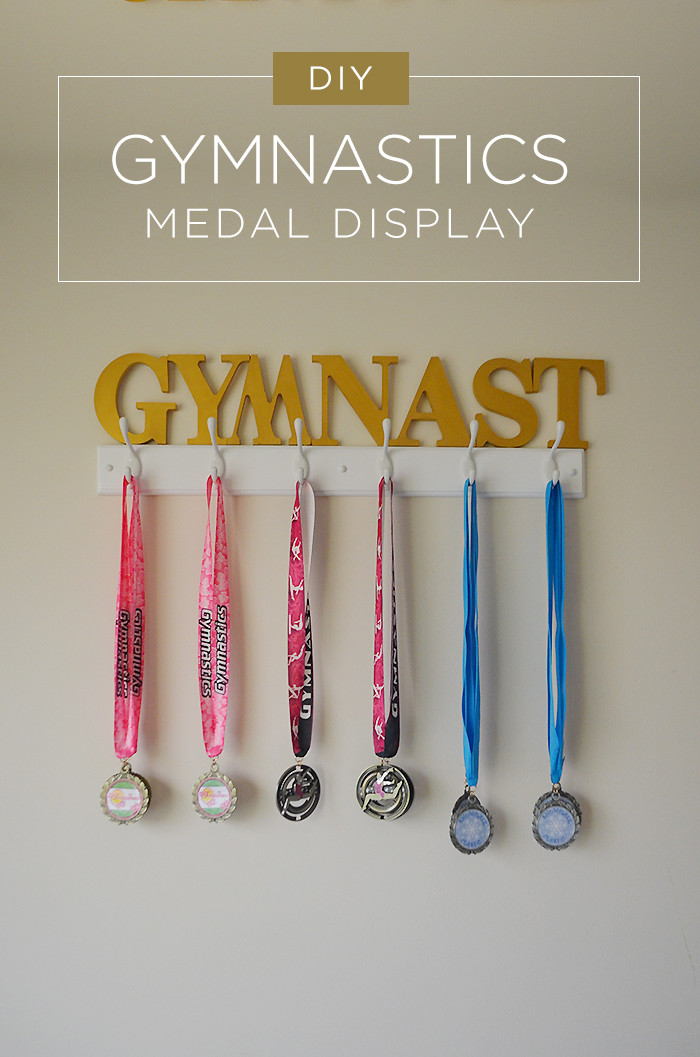 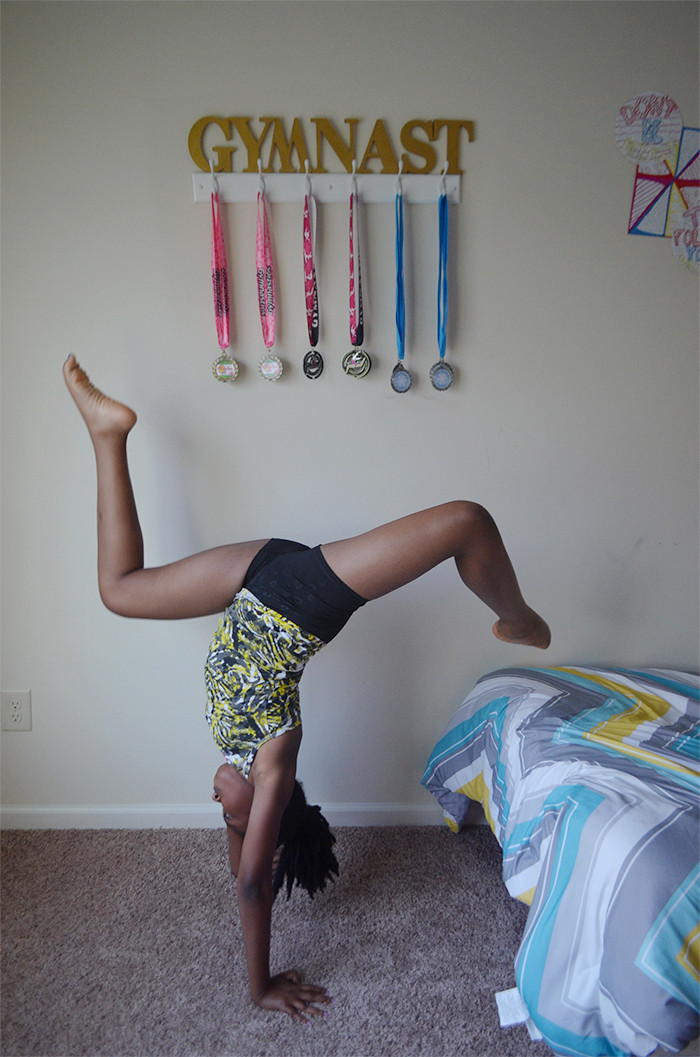 Next, we’re going to add a floating shelf under the medals so she can display her trophies.