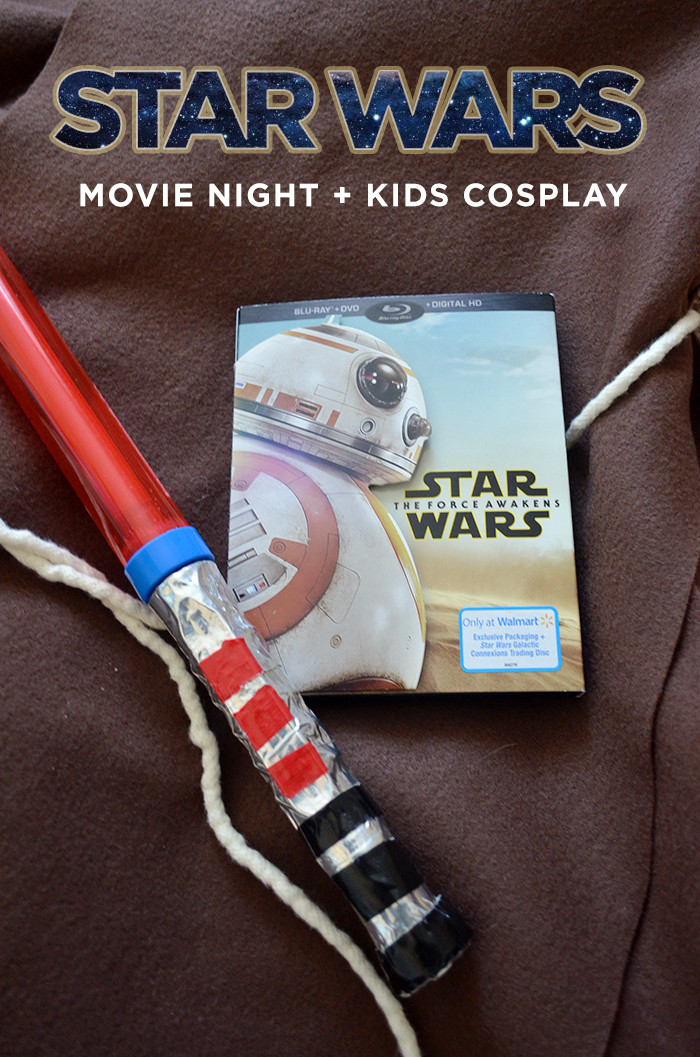 I’m going to admit something. I’ve never really seen most of the Star Wars movies. By that, I mean that while I remember iconic scenes from most of the films from watching them in passing, I never actually sat and watched any of them in their entirety, on purpose. So when Walmart offered me a chance to have a viewing party with my family to celebrate the release of Star Wars: The Force Awakens, I figured now would be as good a time as any to get into the franchise. They said #showusyourforce , and indeed, we did just that.

I’m more than a bit late to the party, given that this is the seventh installment in the Star Wars franchise, but better late than never, right? This episode stars Harrison Ford, Daisy Ridley, John Boyega,Oscar Isaac, Lupita Nyong’o and more. It is set 30 years after Return of the Jedi and follows Rey and Finn as they join the fight alongside the Resistance against the First Order. The story involves a search for the missing Luke Skywalker, and the future of the galaxy depends on it.

If you didn’t get to see it in theaters, you’re in luck! The Star Wars: Force Awakens DVD was released today, and you can get special packaging and collectible Galactic Connexions Trading Discs exclusively at Walmart!

To celebrate, my family and I headed to Walmart to grab some simple supplies for some easy, DIY Jedi cosplay. 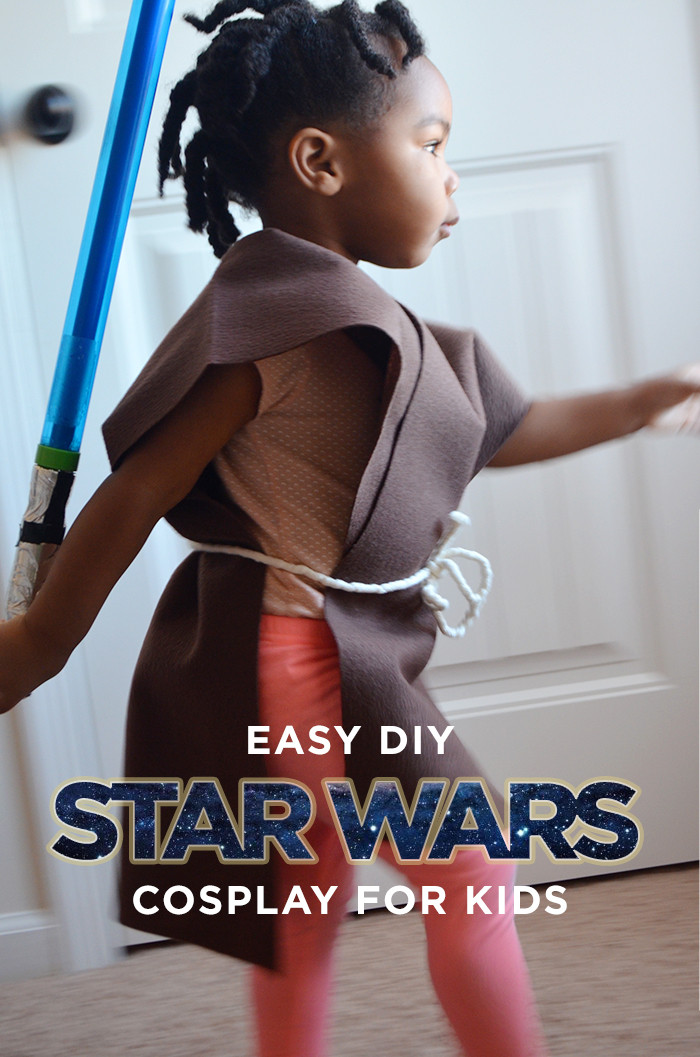 How perfect is that shot? Seriously! When we started this project, I had no idea that the force was so strong with baby Juliza! Lmao!

Anyway, here’s how you can make your own light sabers and jedi robes. 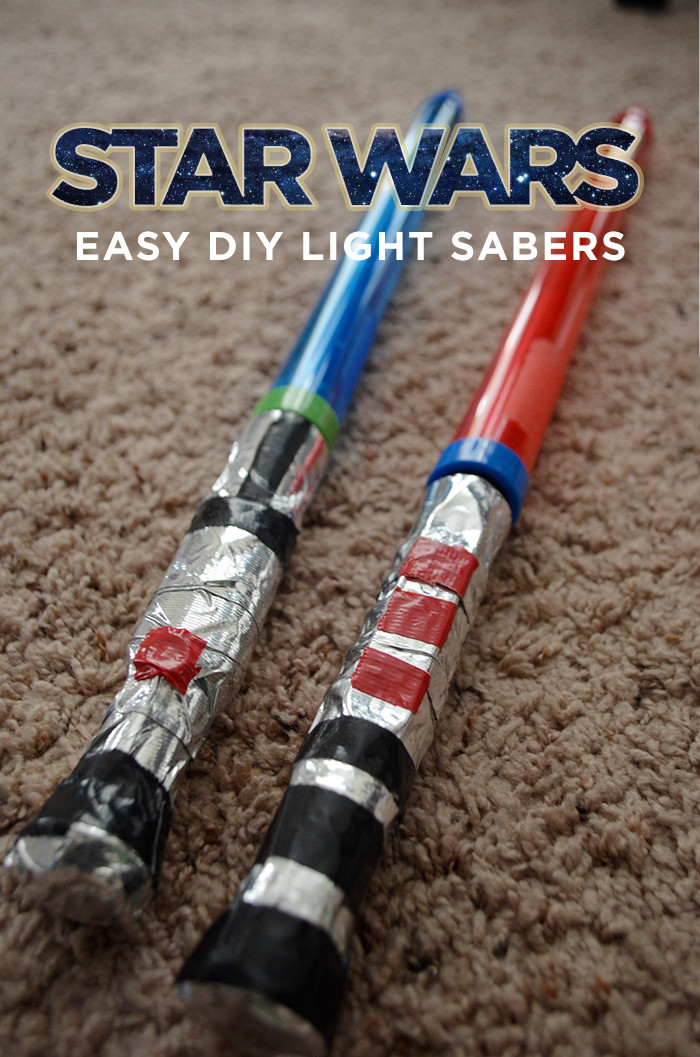 Working light sabers can be pricey. This version is inexpensive enough to take a beating when your kids inevitably battle with them. 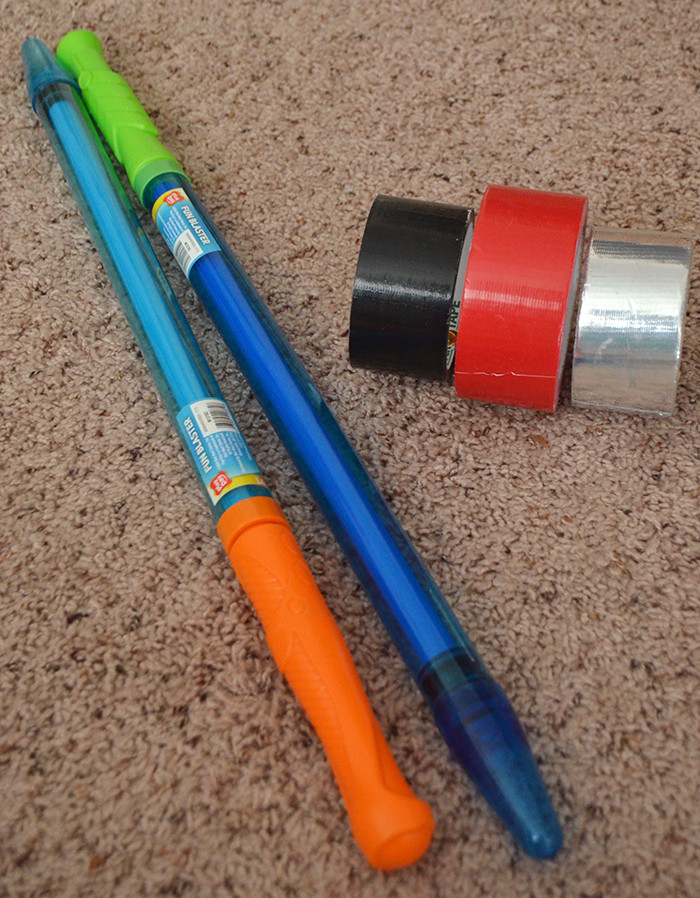 This really couldn’t get easier to do. I initially planned to use bubble wands, but these were a better size for faux light sabers. I simply covered the handles in silver Duck tape. 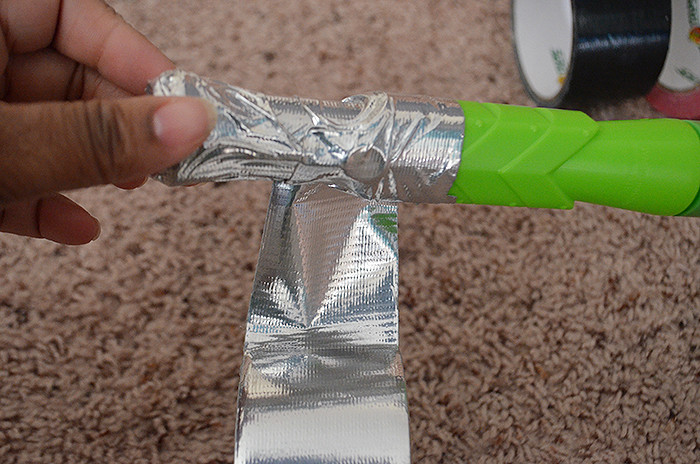 Next, I cut thinner, smaller pieces of black and red tape and placed them randomly on the handles for decoration. 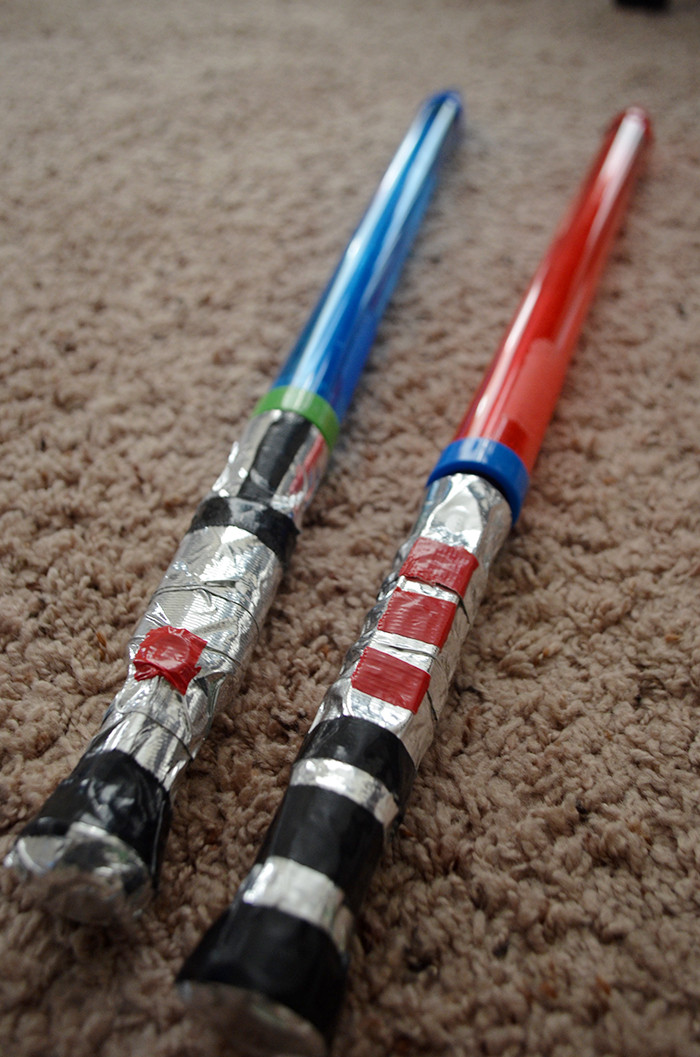 Really. That’s it. And the best part? They will still work for water play. If you’re having a Star Wars party of your own, this would be a great take-home gift.

I do offer a word of warning, though. These are made of hard plastic, so if a kid swings and connects hard enough, it can hurt. They can also break stuff, so I’d advise you let your warriors “fight” in an open area. Juliza was a little overzealous, but everyone came away from the battles relatively unscathed. 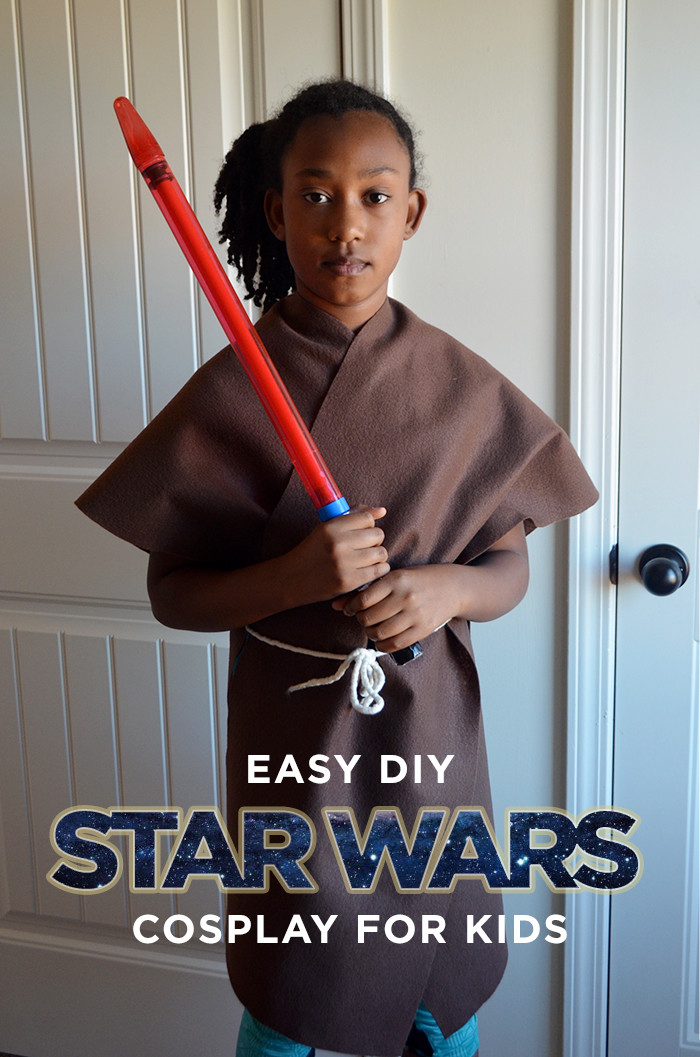 I wish I could take credit for this idea, but alas, I found it on Smart Girls DIY via Pinterest. Her instructions are much better than mine could ever be, but here’s a brief rundown: 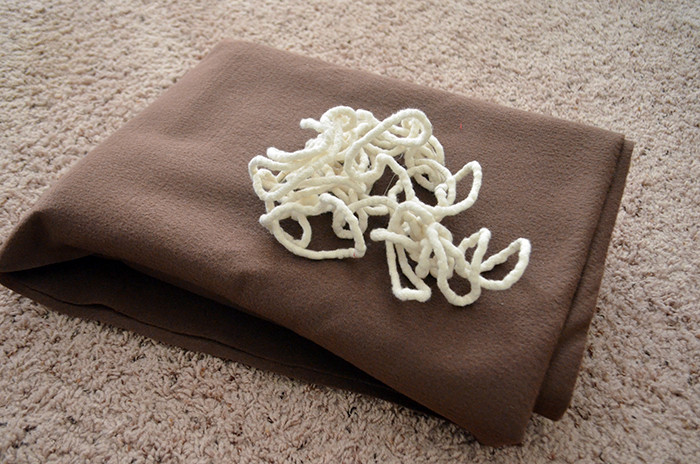 You’ll need about 1 2/3 yards of brown felt for each robe, and some rope or cord for the belts. I bought 3.5 yards to make two robes. Felt really is a great fabric for this. It’s durable, so it will withstand roughhousing, and it won’t fray.

Fold the felt in half lengthwise. Do not cut. 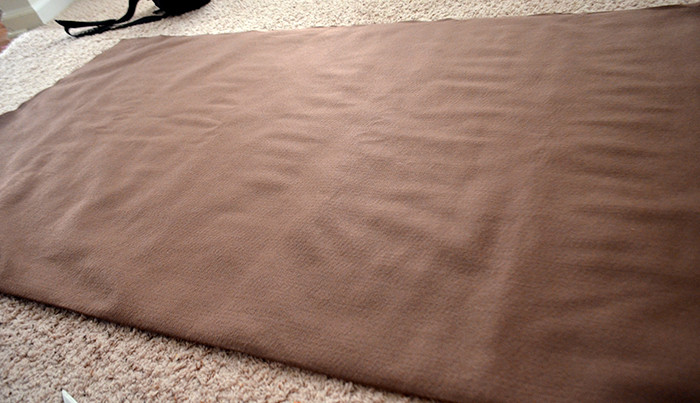 For 2 robes, now fold in half by width, and cut in the center. 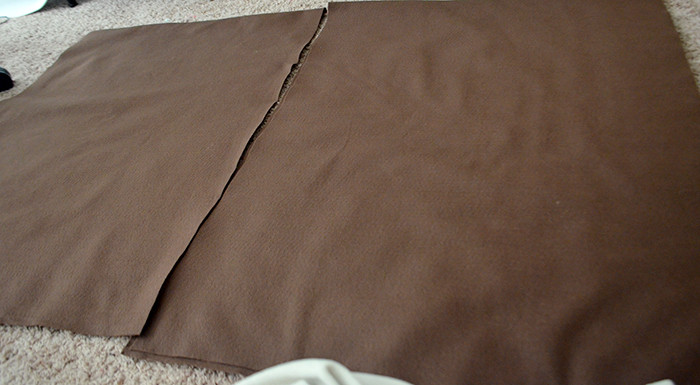 If you’re making three robes, you’ll need about 5 yards, and you can fold and cut in thirds. For smaller kids, you may need to cut smaller. I narrowed the second robe and made it shorter for my 2-year-old. 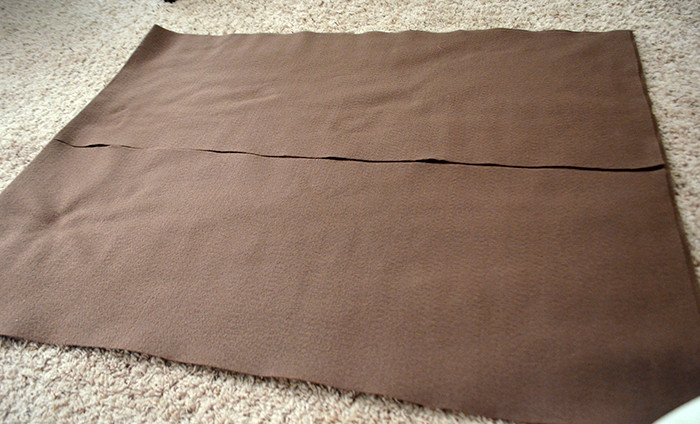 Now, simply cut a slit up the front center of the felt. That’s it! Drape the robe over your little (or big) Jedi’s shoulders and tie it at the waist with rope. 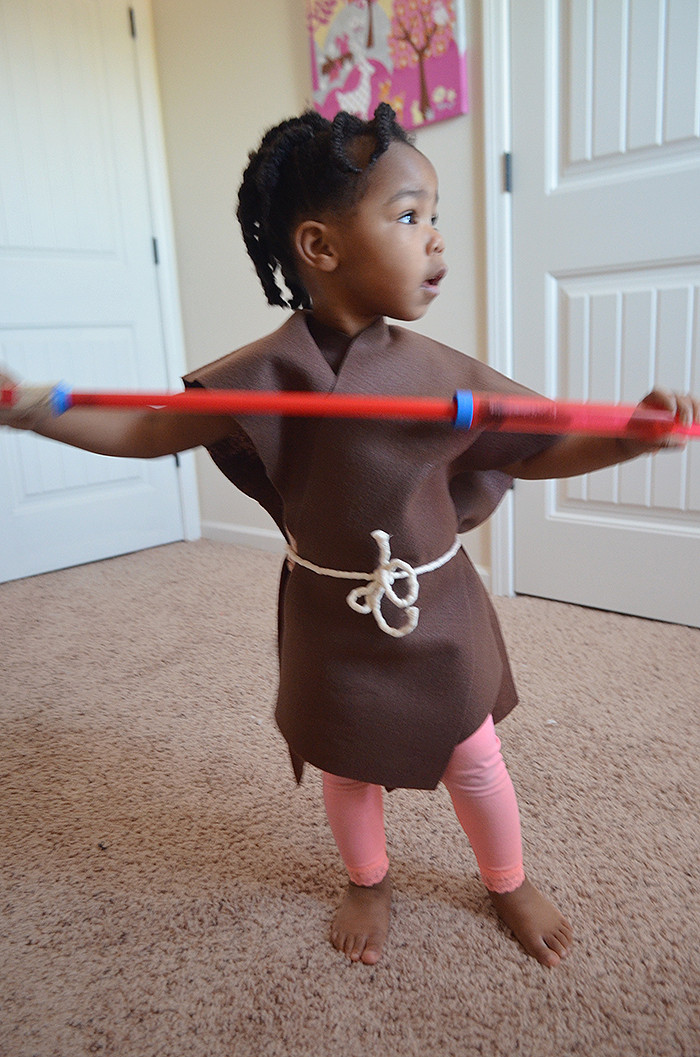 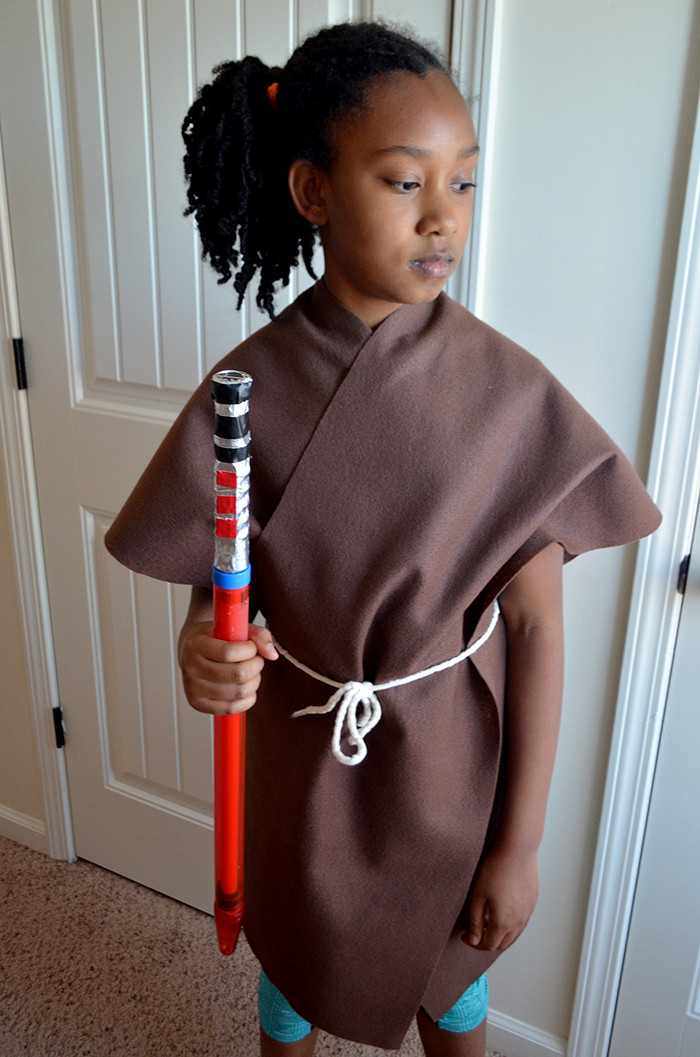 This is seriously the perfect way to watch the movie — in costume. It makes the fight scenes that much more awesome. 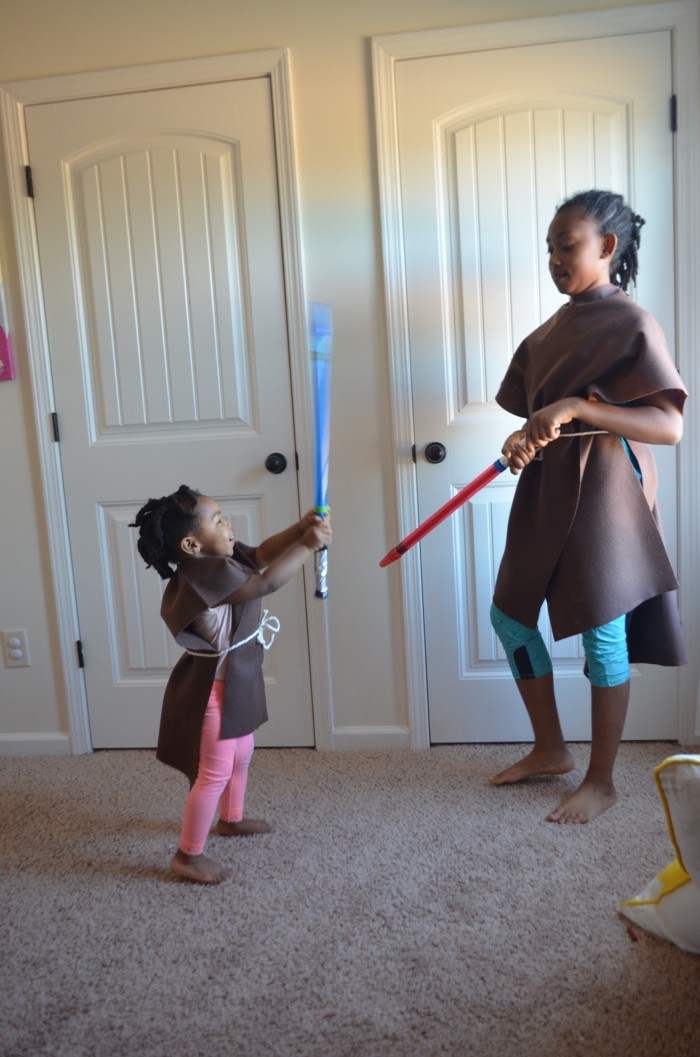 Head over to Walmart today and pick up your Star Wars: The Force Awakens DVD. Even if you’ve never been into the series, this is a great introduction, and the costumes can only enhance the experience.

May the force be with you!