My oldest daughter is a builder. She loves to take things apart and put them back together, or build things with pipe cleaners and tape, including huge elaborate blanket forts with multiple rooms, and doors and windows. I’m not exaggerating.

So when Walmart offered to send me a GoldieBlox play set, I knew she’d be overjoyed to play with a toy designed to encourage the part of her brain that loves to build. Plus, this feminist mama was only too happy to have her play with toys that were invented to empower girls. 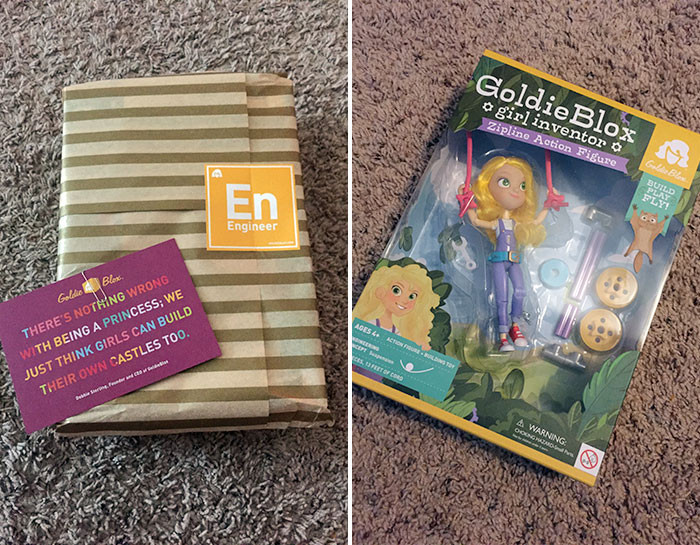 It took Ja’Naya all of 15 minutes to put the zipline carriage together, and another 5 to memorize the process so she could do it again (and again) without the help of the instructions. That can be explained by the fact that it is designed for kids ages 4 and up, so at 10, she was able to grasp it quickly and retain the information. 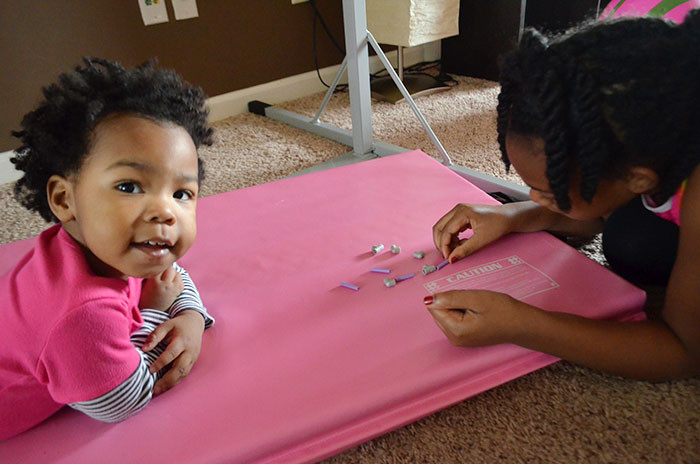 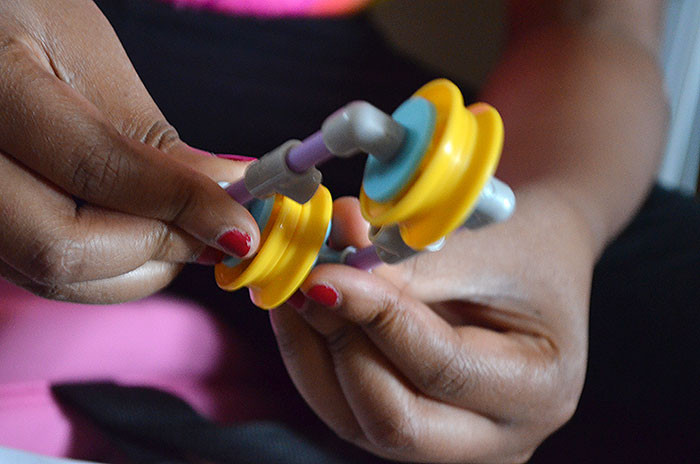 The best part, of course, was letting the Goldie fly. And a week in, baby Juliza’s new favorite phrase is “Want dolly fly!” 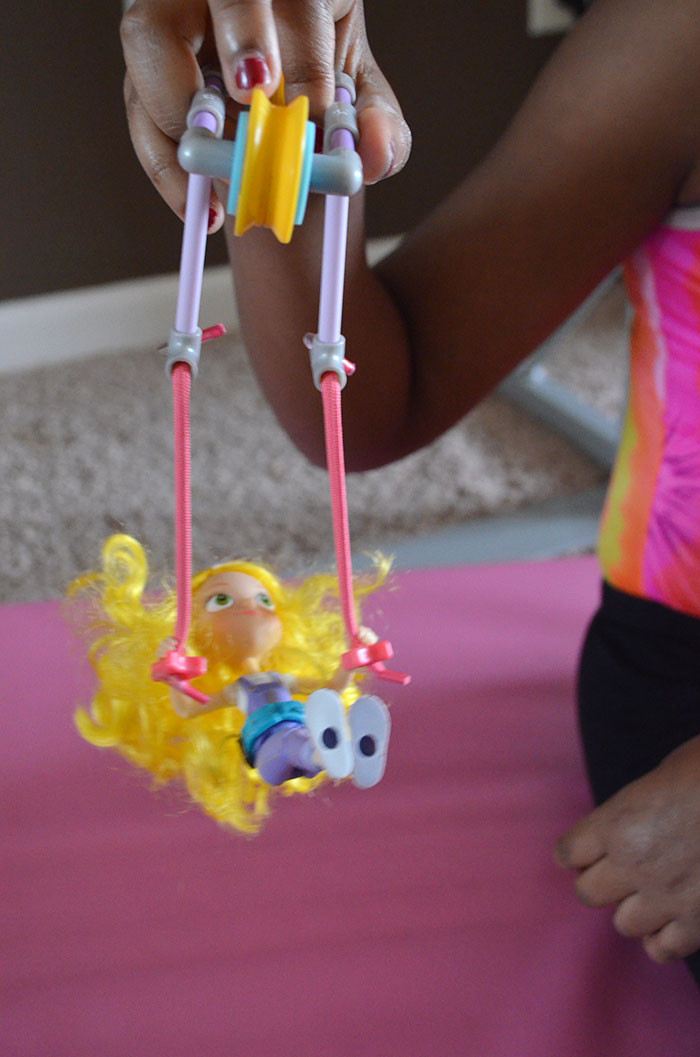 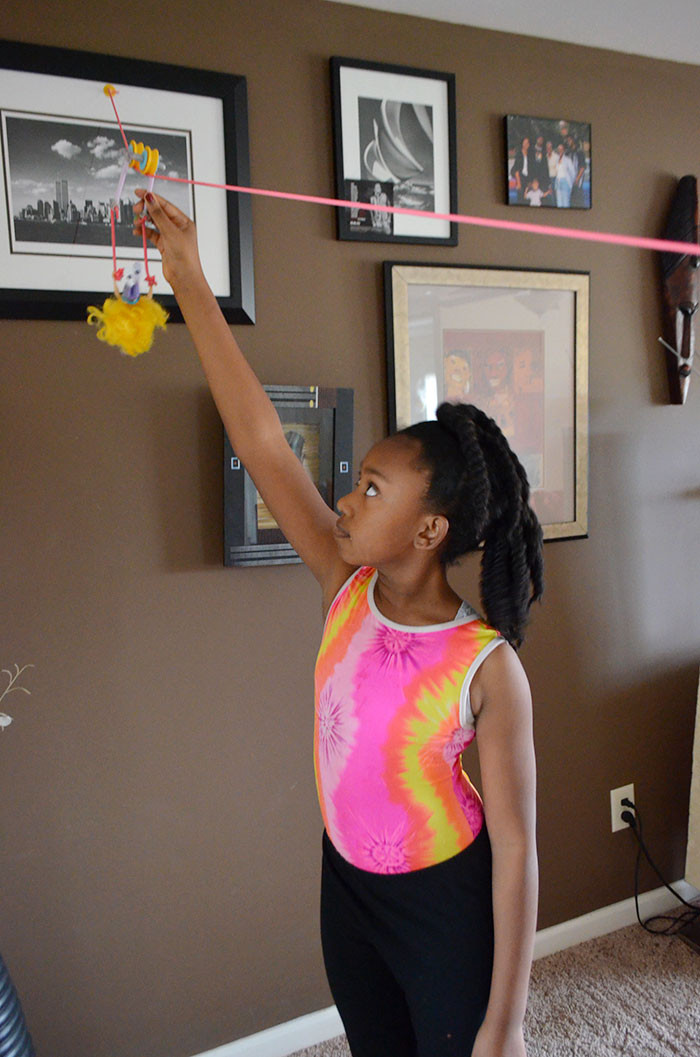 My two girls have been having so much finding different places to anchor the zipline at different levels of slackness and different inclines, and they’ve even tried to make Goldie land in baskets and bags when she reaches the end of the line. The line has suction cups at the ends, and they’ll stick to glass and metal, but it can also be tied off to an anchor point if necessary.

It’s hard to capture a photo of the action, so here’s a very quick video of Goldie doing her thing:

Ja’Naya has grown a little bored with the build process because it is relatively simple, but she has asked for more GoldieBlox toys so she can build her collection of parts, allowing her to use her imagination to create whatever she wants. She tried making other stuff from the parts included in this set, but there aren’t very many, so there wasn’t much she could make.

Thankfully, Walmart does have other GoldieBlox sets, including a Builder’s Survival Kit with a ton of parts that can be mixed and matched. So on Christmas morning, Ja’Naya will find another GoldieBlox set from Santa under the tree, and we’ll add to it throughout the year.

And because I’d be remiss if I didn’t say: The age recommendations on these sets are there for a reason. Many of the parts are really small, and while Juliza didn’t attempt to put any in her mouth, she could’ve easily swallowed some of them if she had tried. She did, however, manage to scatter the parts all over the house, and it took us 30 minutes of hunting to find all the little pieces. The next thing we need to find is a box to contain all the pieces.

But we are now huge fans of GoldieBlox, and any kid who is a maker will love them too.