A Sweet Tweet for the Nursery: Pinwheel Crib Bedding 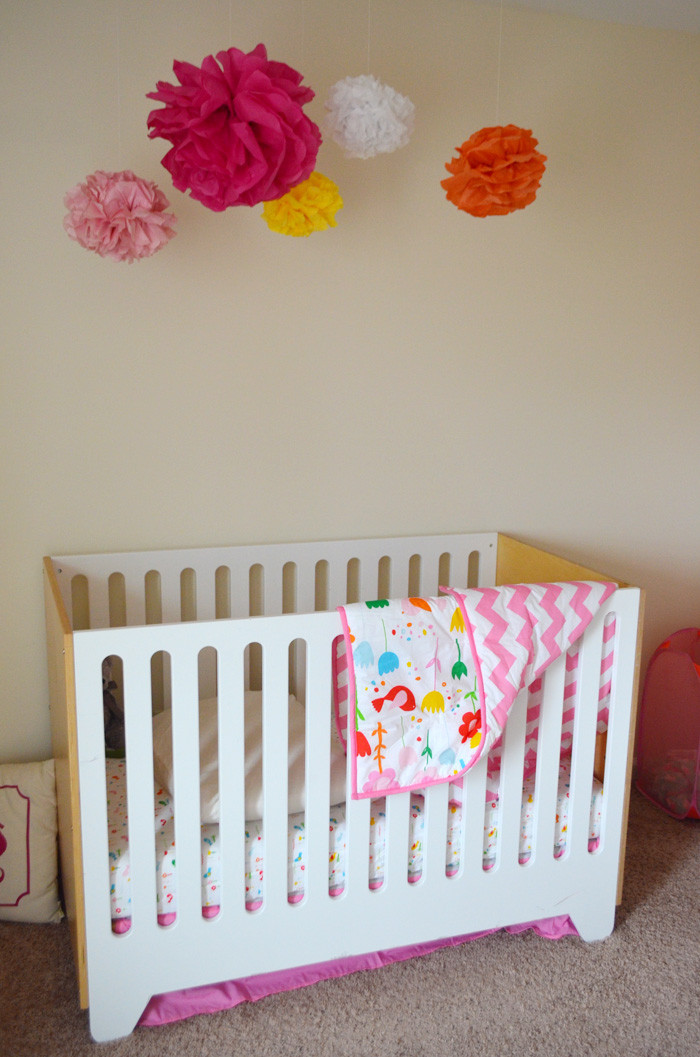 You may have noticed that I take a lot of photos for the blog in Baby Juliza’s room. There are reasons for that. First, it has amazing light during the daytime. Second, the decor makes it is my favorite room in the house. I love the bright, happy color palette, and Juliza seems to really like it too. So when Walmart offered to send me their Pinwheel crib bedding to try, I admit I was a little skeptical. I didn’t want to change the atmosphere of the room by introducing colors and patterns that wouldn’t work.

Lucky for me, Pinwheel’s bedding patterns are fun, trendy and modern, so it wasn’t difficult to find one that would fit right in. I chose the Sweet Tweet crib bedding set, which featured colorful flowers and birds in with pink and white as the main colors.

Juliza was genuinely excited about getting to put new bedding in her crib. I was just hopeful that her excitement would translate to her sleeping in her own bed all night. 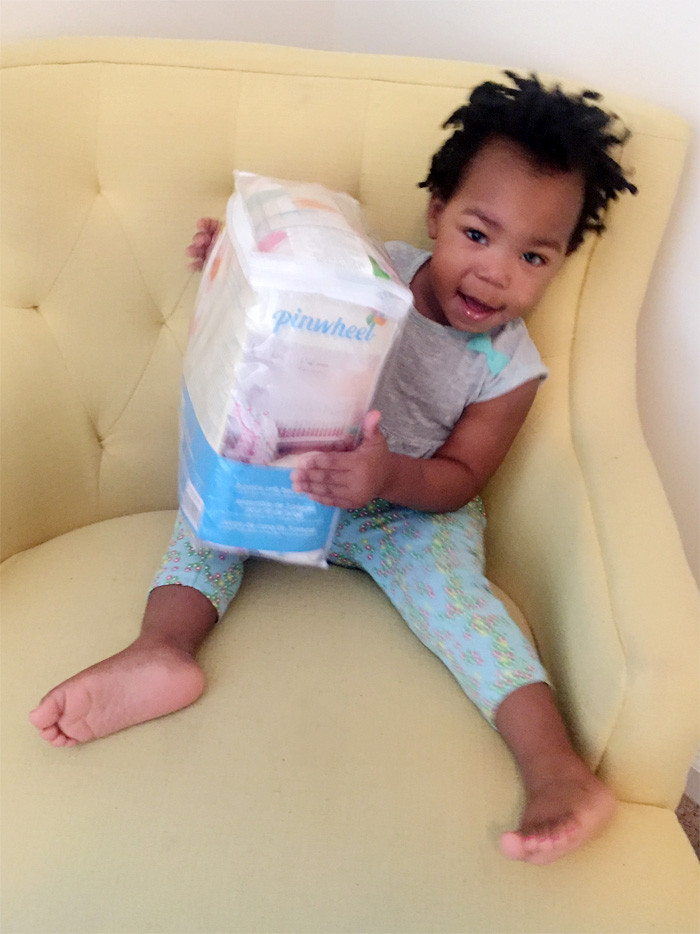 The Pinwheel bedding comes in 3- or 6-piece sets from Walmart. I received the 3-piece set, which includes a crib sheet, comforter and crib skirt. I thought I would miss having a bumper pad inside the crib, but I didn’t, and neither did Juliza. However, there is a bumper available that you can buy separately.

The sheet is a little on the thin side, but it softened up a bit after washing. By far, the hit has been the comforter. It is soft and cushy, and Juliza loves snuggling up under her new “banket.” I should explain that she loves wedging her between my husband and I and crawling under our comforter, so she was only too happy to have one of her own. 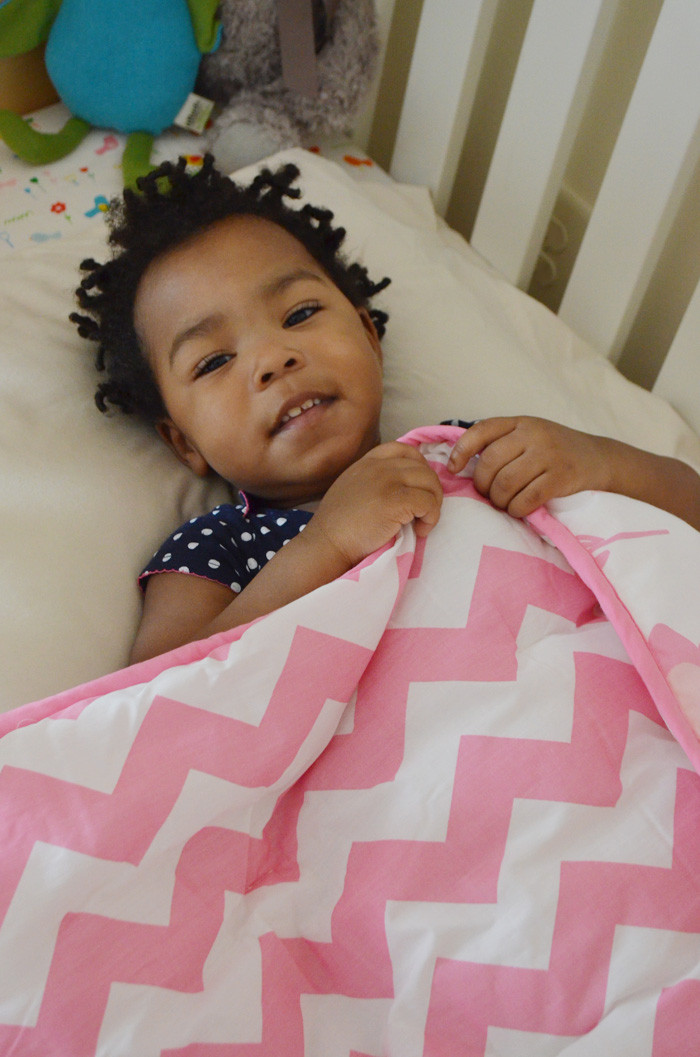 This has made it much easier to get her into the crib during the day when she’s wide awake and in a playful mood, so cross your fingers that attitude will transfer to nap time and night time.

The Sweet Tweet crib set is on sale right now for $24.98 at Walmart.com, which makes it a thoughtful, cute, affordable gift idea for a new mom or baby. If Juliza could, she’d give it two thumbs up.

Next post: Dress Your Holiday Table with a Little Creativity