I admit it: I’ve never been much of a Star Wars fan. But what I am is a gamer. Unequivocally and undoubtedly. Which means that in spite of my relatively lukewarm feelings about the whole Star Wars franchise and all its accoutrements, I was still excited when I learned of the latest video game, Star Wars Battlefront, released today. I’m always game for a new challenge, and since I do want to see The Force Awakens when it hits theaters next month, thanks to the awesomely diverse cast, I figured this would be a good way to ramp up my excitement. 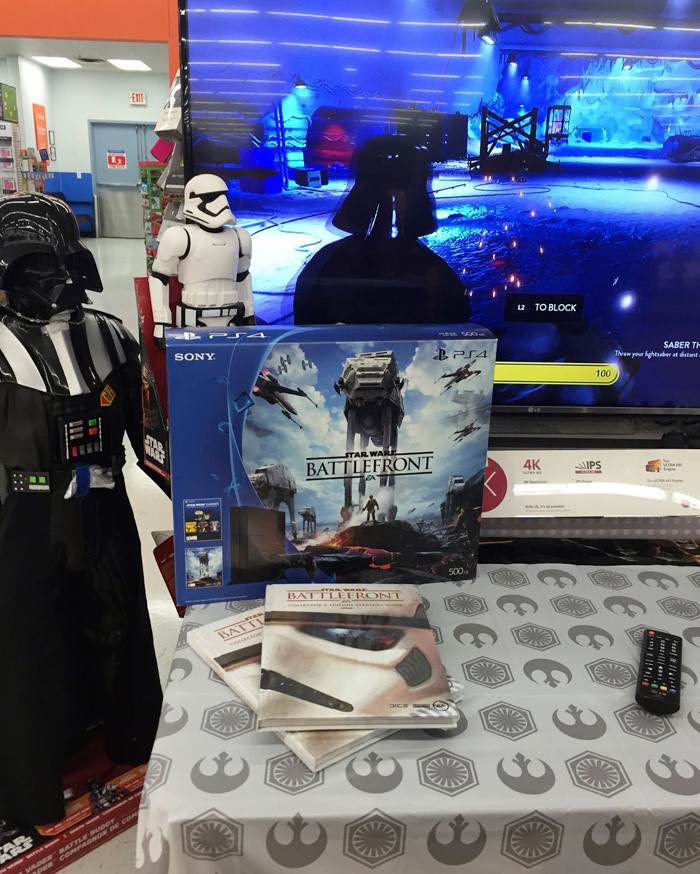 Photo by Ruby Wright of GUBLife

If you’re excited too, I have a treat for you: You can get a sneak peek of the game and play it before you buy. All you have to do is go to a Walmart store tonight! EA, the maker of Star Wars Battlefront, is giving gamers a chance to play local co-op battle maps that are available in the game at 3,000 Walmart stores nationwide. Fingers crossed that there’s one near you: Search now! During the event, you can also pre-order the title. Just head to your store anytime from 8 p.m. – 12:01 a.m. tonight. 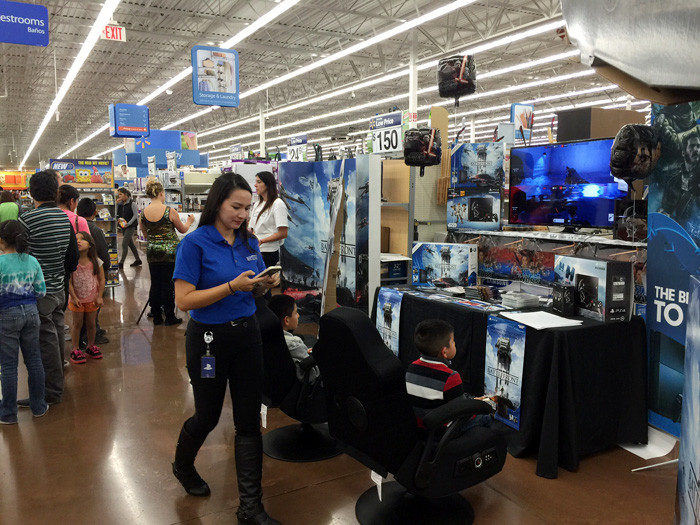 So what’s the premise of the game? Well, Star Wars Battlefront lets players fight for the Rebellion or the Empire in battles from scenes inspired by the films. You can play multiplayer matches with up to 40 players, or challenges that can be played alone, split-screen, or via online co-op. The game features recreations of iconic Star Wars planets, characters, weapons, and vehicles, so if you’re a fan, you’ll be pleased. It really takes just two words to entice me to play: Light sabers. And it will give you a way to kill some time until The Force Awakens movie is released. 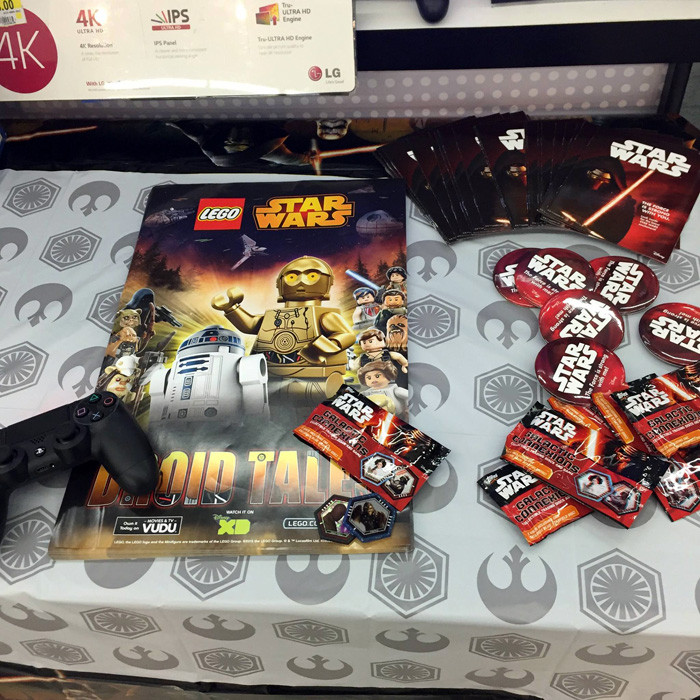 Photo by Ruby Wright of GUBLife

If you haven’t pre-ordered, you can purchase Star Wars Battlefront at your local Walmart or at Walmart.com for $59.96 tomorrow. If you did pre-order, you’ll also get an exclusive Star Wars trading disc by Topps, which is only available at Walmart!

Next post: Find the Best Holiday Deals at CyberMonday.com

Previous post: Greenlight a Vet to Show Your Support