Greenlight a Vet to Show Your Support

Every year as Veteran’s Day rolls around, I remember in great detail the day I found out the United States was going to war in Iraq. It was momentous for the obvious, historic reasons, but it also hit me right in my gut for another, much more personal reason. My husband, who was my fiancé at the time, was a Sergeant in the Army. His sister and brother were also enlisted. And at that moment, it really hit home just how much the men and women who serve in our armed forces are really sacrificing when they make the decision to defend our nation. And because of them, I will always support our veterans and those who are still serving.

This year, Walmart has given me a way to show my support physically with their Green Light A Vet initiative. The premise is simple: Change at least one light bulb in a visible location (think front porch, storefront window, etc.) to a green bulb to show support and solidarity with those who have served. It sounds like a simple ask, but that’s exactly the point. This simple task, which takes very little from you and I, can remind the men and women serving in the military that the people they are fighting for have their backs — even if we never get to say it in person. And that’s worth the effort, don’t you think? 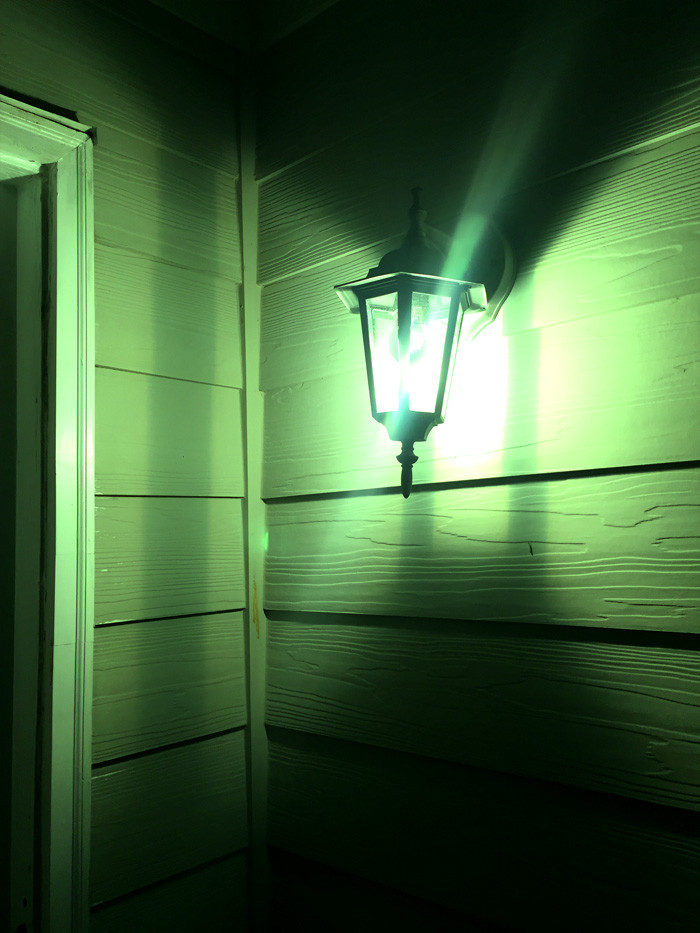 Once you’ve installed your green bulb, you can show your support online, too. Just take a quick photo of it and share it on Facebook or Twitter with the #greenlightavet hashtag. And even if you don’t have a green bulb, you can still participate: Just change your profile photo to green. And as much as I love the concept of “green”, I wasn’t sure of the significance of the color here. Well, in this case, green is symbolizes hope — a concept we can all get behind.

Learn more about the initiative at GreenLightAVet.com, where you can see photos from across the country from people who’ve already installed their green lights. And check out the video below to see some green lights in action.