My oldest is aÂ crafty kid. Like me, she enjoysÂ making things, and the easiest way to keep her entertained is to give her a new craft kit. This latest kit, though, is something special.

Walmart recently offered me the opportunity to try the new Chocolate Pen by Candy Craft. That’s right. A chocolate pen. As in a pen that writes in chocolate. Really. 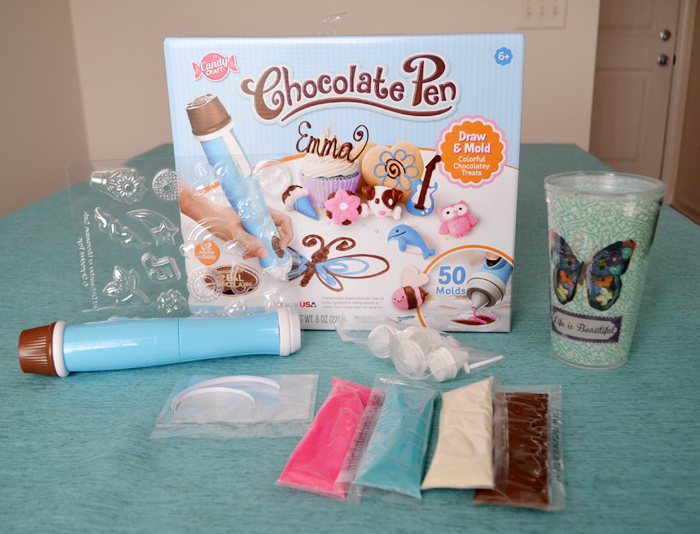 The kit comes with the “pen”, which requires batteries, chocolate in four different colors, three sheets of candy molds, tips for the pen, and some bags and twist-ties for delivering the finished candy pieces.

The process is relatively simple, and Ja’Naya and I worked on it together. The chocolate is hard in the bags, so you have submerge each bag in hot water to soften the chocolate so it will flow out of the pen. We used water from the kettle that was still hot (but far from boiling), but you could also use hot tap water. 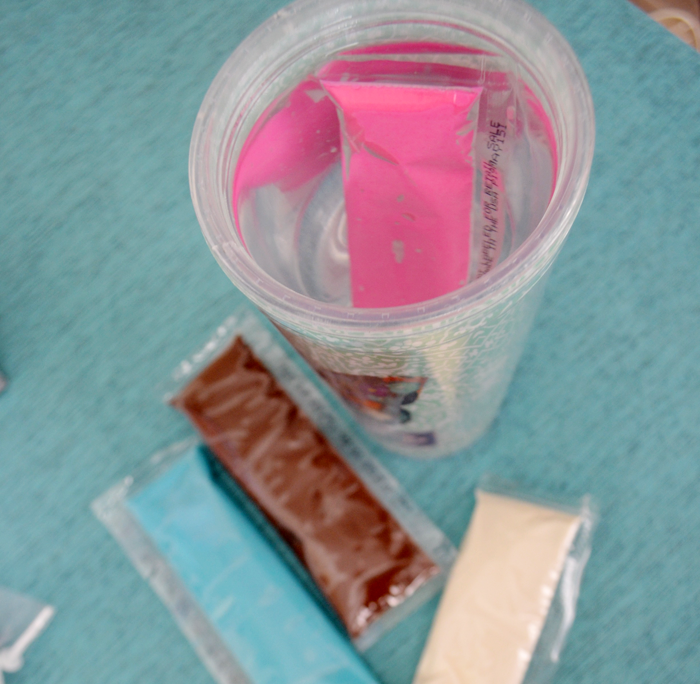 Once the chocolate is soft enough to be pliable inside the bag, we cut the top off and added a tip. 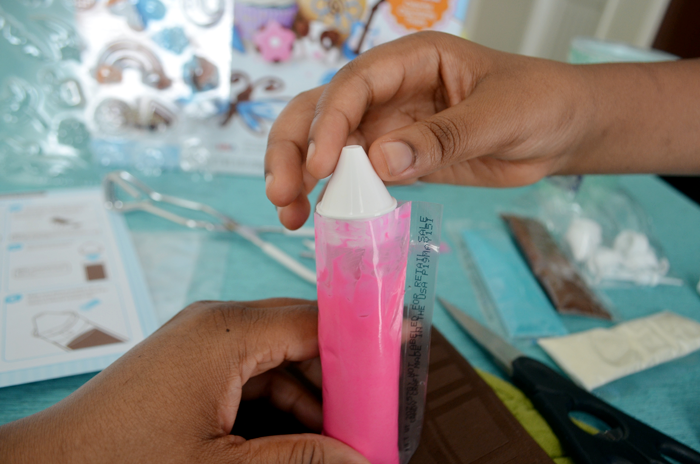 The tip sits just inside the top of the bag, and there are ring seals that lock around the bag and tip. I have to pause here for a minute, because this is where we had some issues. The seals that go around the tips work great on their own, but we had a really hard time closing the plastic seal around the bag containing the chocolate. A hard time = 15 minutes of fighting, wrangling and squeezing to close the first ring, and we gave up after 30 minutes using fingers and tongs trying to close the ring on the second bag of chocolate. Our intent was to make candy in several colors, but the rings were so difficult to close that we just settled for using one color. 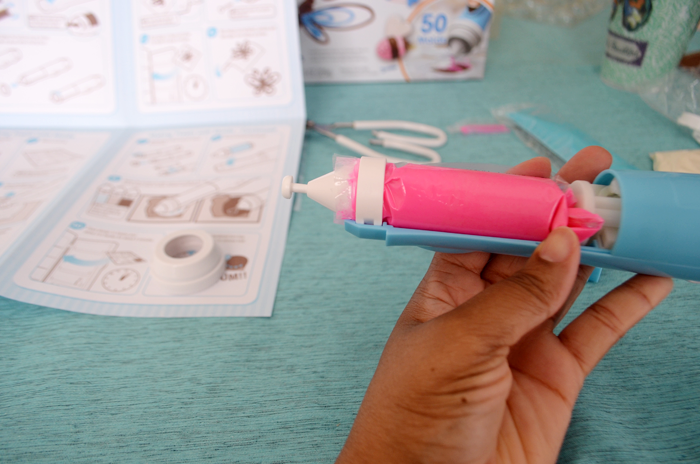 Anyway, once we were finally able to close the first ring, the next step it to fold up the bottom edge of the chocolate bag, and insert the bag with the tip into the pen. It’s pretty easy to open, and you just have to line up the ring seal with the edge of the pen, ensuring that when you close it, the bag isn’t caught in the door. 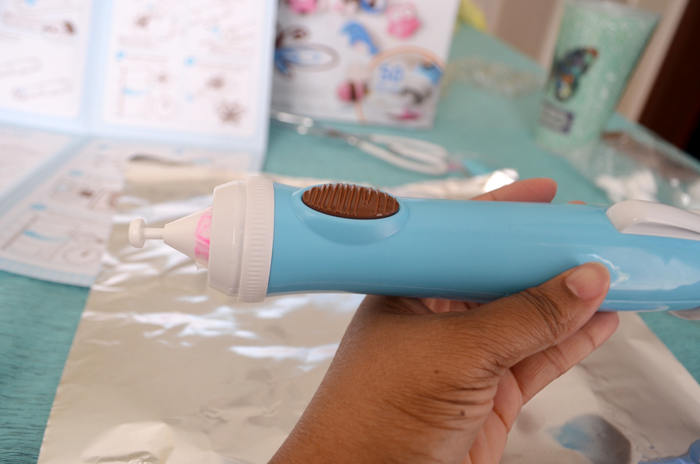 Then, the magic happened.

We turned on the pen and watched the magic happen as we pressed the button and chocolate flowed out of the tip. Very, very cool. 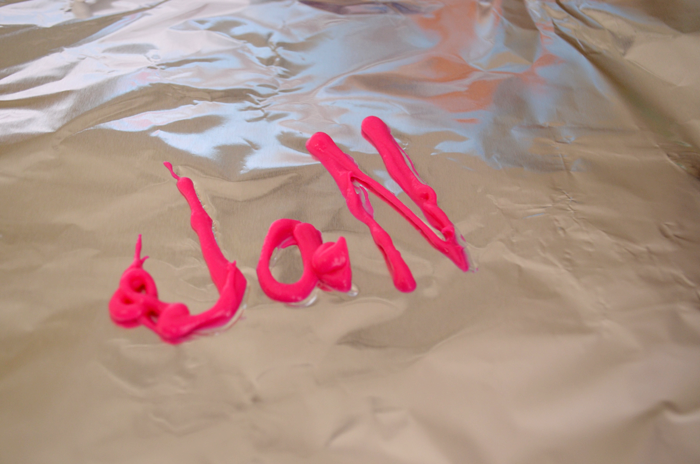 The process does require a little getting used to, because the chocolate still flowed for a second or two after we let go of the button. We adjusted accordingly and started putting chocolate in a couple of molds. Essentially, you pick a mold and a chocolate color. Use the pen to add chocolate to the mold, and use the included tips to move the chocolate around to fill all the nooks and crannies. 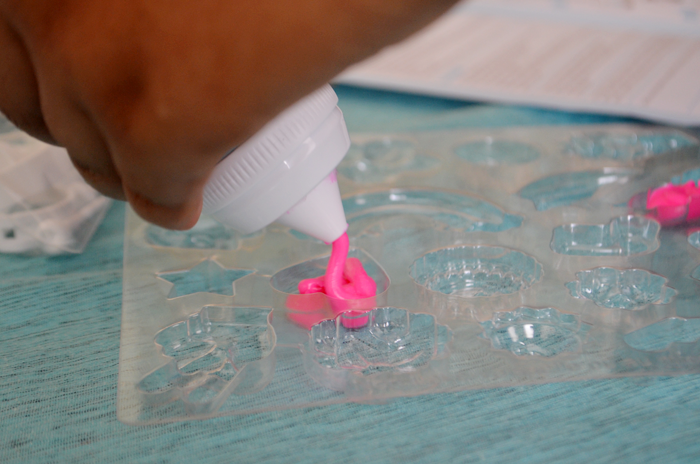 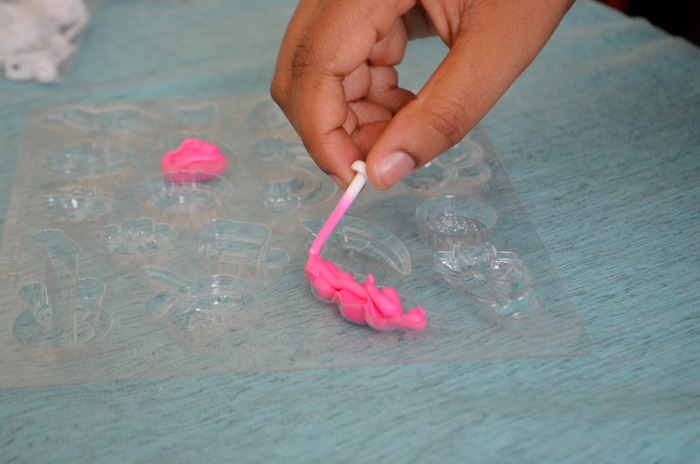 Once done, simply put the mold in the freezer for about 5 minutes to let the chocolate cool and harden.

Thanks to our difficulty with the ring seals, as I mentioned, we only used one color. But the result was still pretty darn amazing. 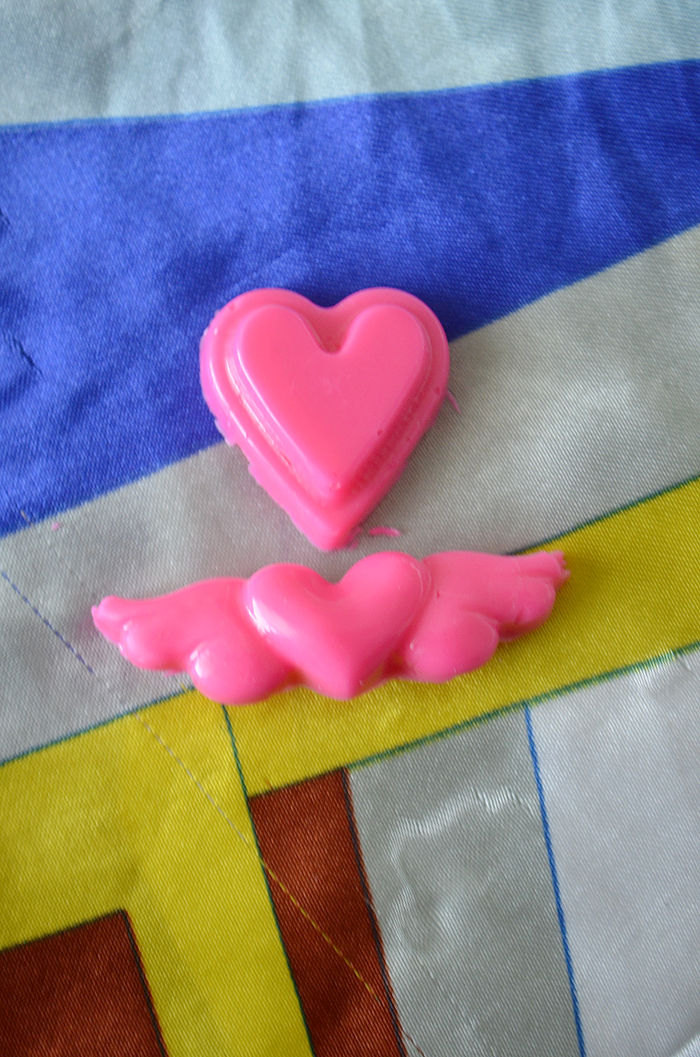 Look at how smooth and perfect the chocolate was when it came out of the molds!

Also, I’m usually skeptical of candy that comes in kits, because it often doesn’t taste great. This chocolate is actually really tasty, so much that I had to hide the pen from baby Juliza because she kept trying to sneak chocolate.

Overall, the concept is awesome, and Ja’Naya has all these grand plans to make chocolate to give as gifts. I will, however, like to find out if the problem with the ring seal is common, because if you can’t get that part to work, it affects your ability to use the pen at all. I’m just thankful we were at least able to test one color. We’ll try again in a few days. Cross your fingers for us!

YouÂ canÂ find the Candy Craft Chocolate Pen at Walmart and Walmart.com soon for $29.93, and the chocolate refills packs will be available as well.