Disclosure: I am participating in an Ambassador Program on behalf of Influence Central for Sprint. I received a Sprint device to facilitate my review as well as a promotional item to thank me for my participation.

I swear, everyone in my house is tethered to our devices. Even baby Juliza knows how to swipe and pinch a screen on a smartphone. And since it appears that won’t be changing any time soon, I’ve promised myself that I’ll always try to stay ahead of the curve technologically, both for my own edification and so that I’ll always be able to monitor what my kids are doing online. So when I learned that Sprint was looking for mom ambassadors to test some of their newest devices and share our thoughts, I thought this would be a great opportunity to continue that education.

When I found out that the first I’d be testing would be the brand new LG G4? Suffice it to say I was excited. 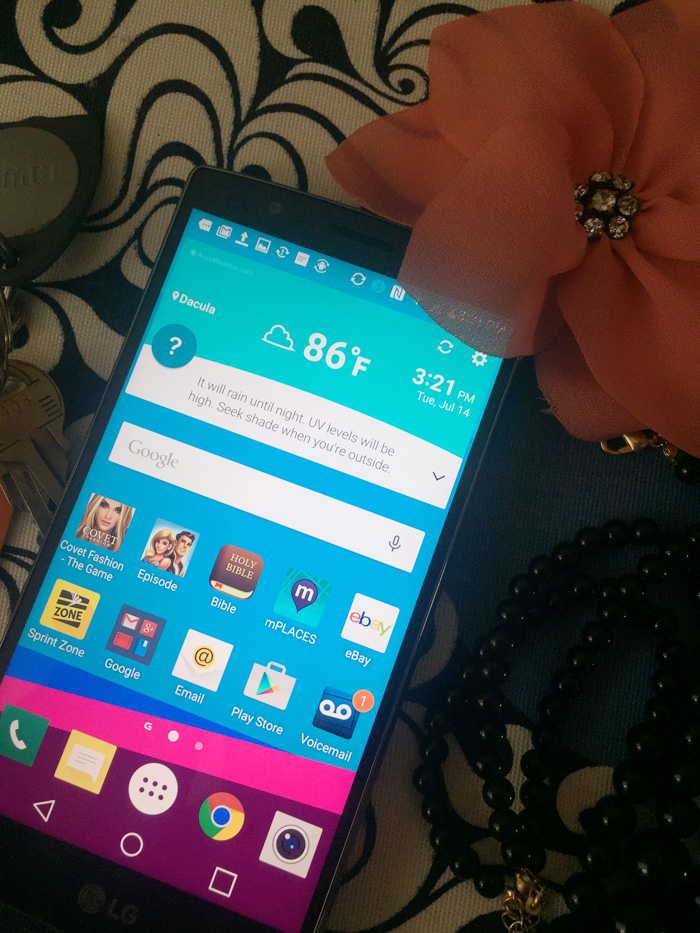 We’ve all seen the commercials. The G4 promises an advanced camera, far beyond what you’d expect from a smartphone, with great clarity and quality. But I’ll be honest: I’ve never really gotten into the Android platform beyond the basics, and it still felt really foreign to me. I knew that if there was anything that could convince me to finally dig in, it was a phone with a powerful camera.

But first, the basics.

I absolutely love the design of the G4. I have always loved the clean, sleek look of metal phones with little to no embellishments. But this has swayed my position quite a bit. The back of the G4 I received is made of black leather. 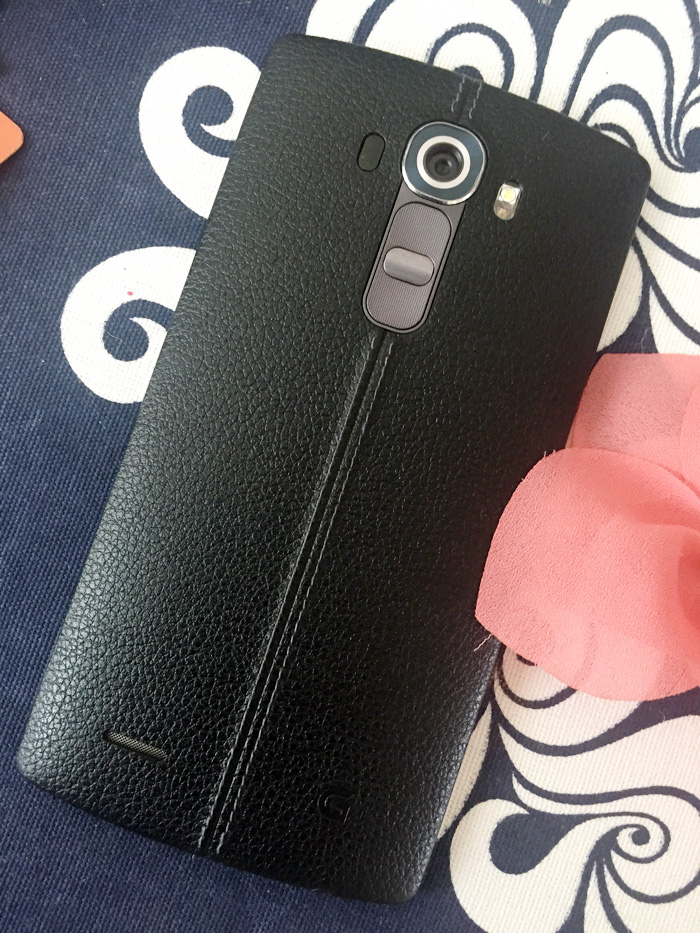 I never would’ve thought a phone made with leather would make sense, but I love it! It is lightweight, and the curved back and soft leather feel comfortable in hand. This is the first smartphone I’ve ever used for which I didn’t feel the need to immediately put it in a case. It somehow feels both softer and more sturdy than a phone made of metal.

The size and clarity of the screen are amazing. The colors were bright and every pixel was beautifully sharp. The Android operating system feels cleaner and easier to understand that it was on some other Android phones I’ve used. There’s also an option to have the home screen display the bare minimum, for Android beginners. I didn’t use it, but it was nice to have that option.

Now, for the main event. That much-anticipated G4 camera.

Unlike many smartphone cameras, which are for the most part point and shoot, the G4 allows me to shoot in a few modes: Simple, Auto and Basic. Simple requires the least intervention from me. I just frame whatever I want to capture and touch the screen to take the photo. Baby Juliza shot this selfie (and a bunch of others) in Simple mode: 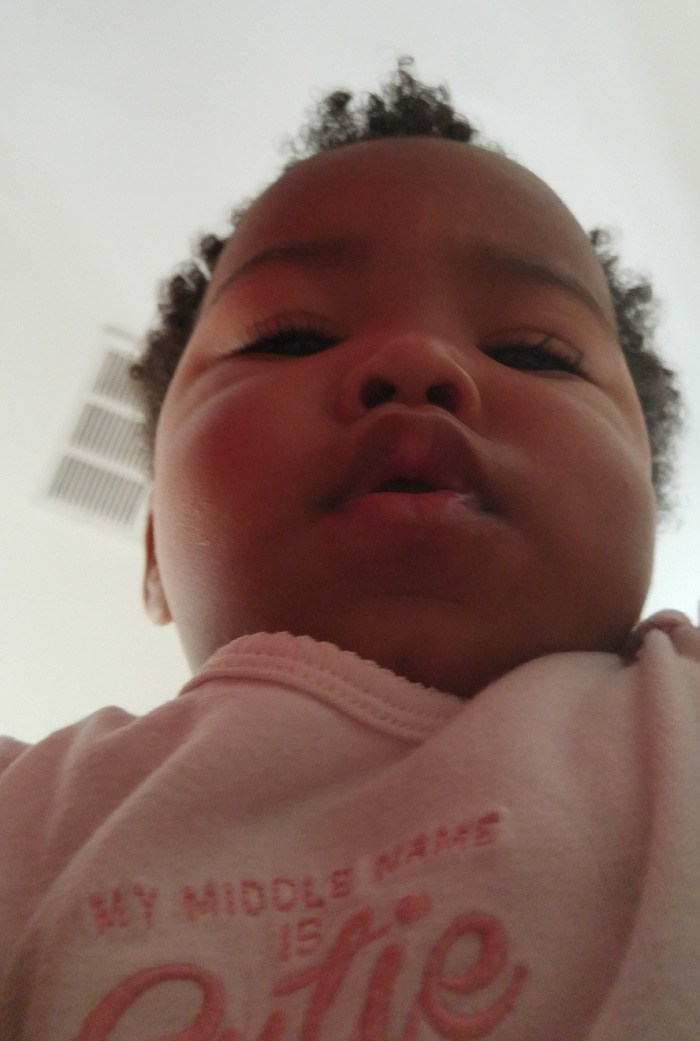 Yes, I said baby Juliza shot this herself. That tells you how easy it is to use, because she’s barely 18 months old.

Auto is easy to use as well, but with a few more options, like turning on flash on and off, changing the size of the image (to square, for example), and the options to use a grid or voice commands to control the camera. To really test the camera, I took it along in place of my DSLR when my family and I went to the Georgia Aquarium a few weekends ago. It was crowded and many of the exhibits were pretty dark, so I’m impressed with the photos I was able to get under those conditions. 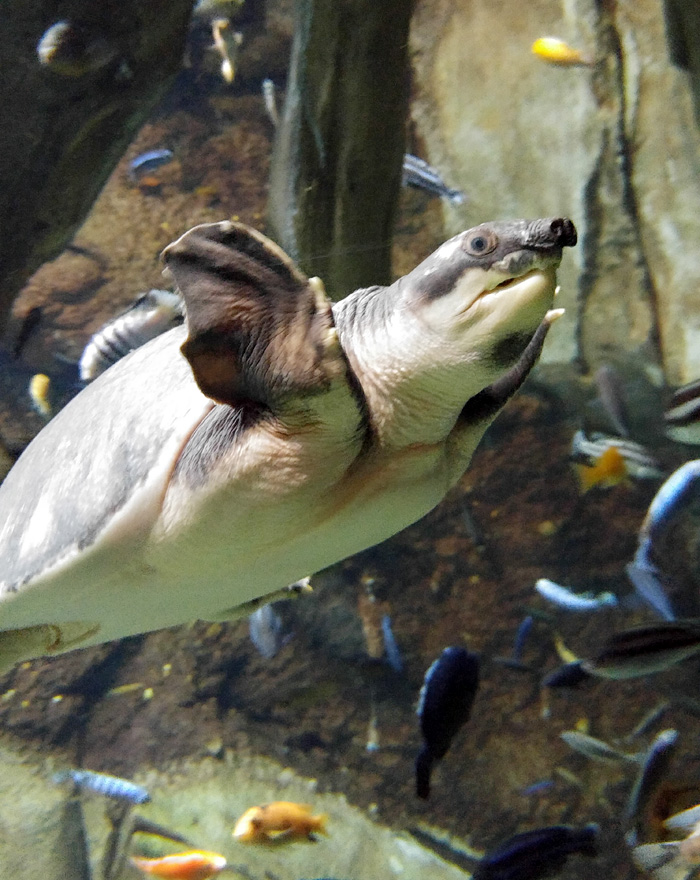 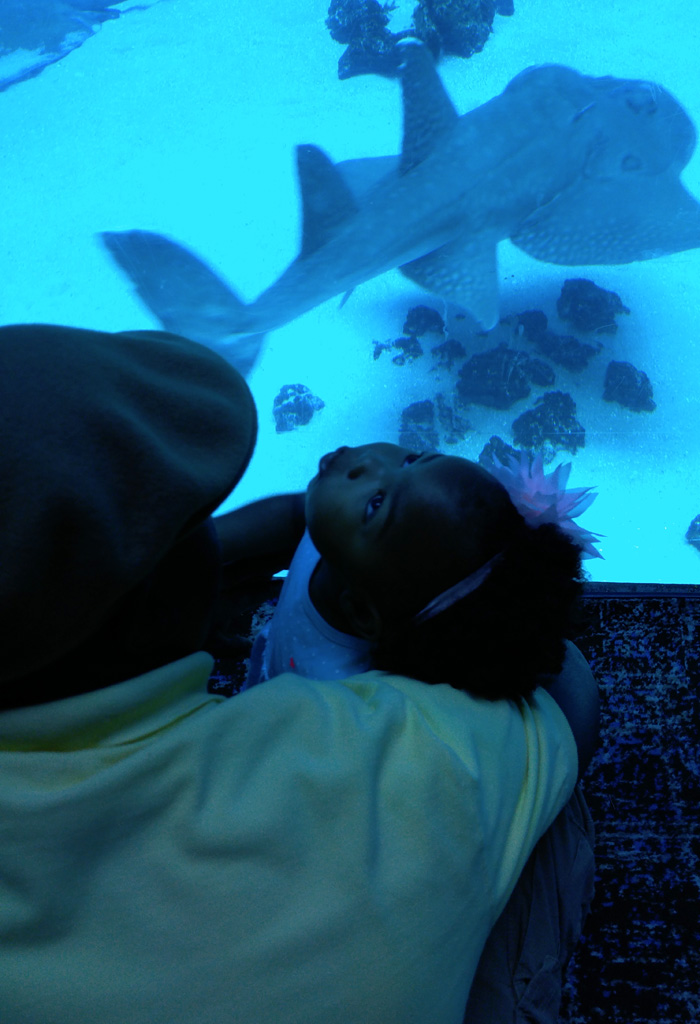 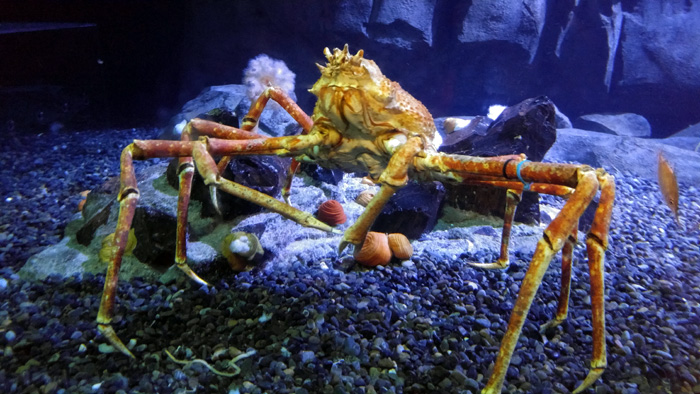 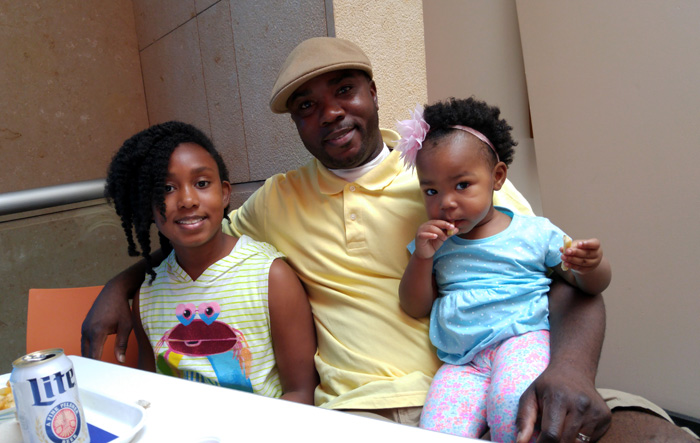 The size of the screen and the placement of the camera also allowed me to get selfies with my whole family pretty easily, and this is usually a challenge. 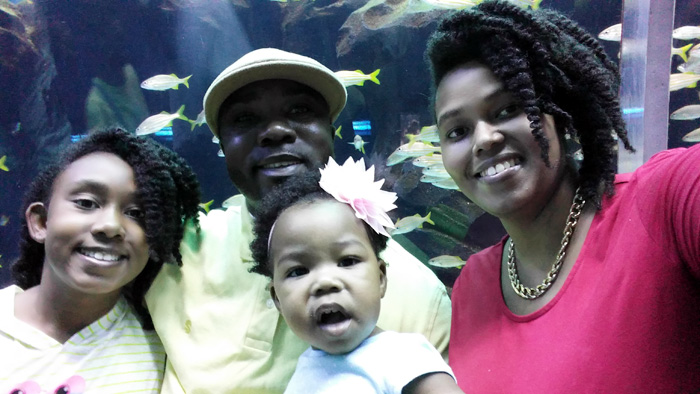 The final mode is manual. So you understand how impressive this is to me, I don’t even shoot in manual mode with my Nikon. I don’t quite trust my photographic abilities that much yet. The G4’s manual mode offers a crazy number of options and settings. You can control shutter speed, aperture, white balance, ISO settings, focus and more. This is actually easier to use than my DSLR because I can see how each setting change will affect the photo on screen before I take it. I haven’t fully explored what all it can do yet, but I did shoot these two photos in manual mode. 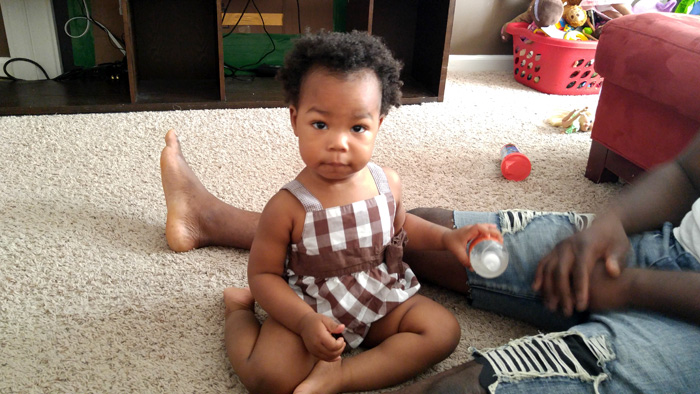 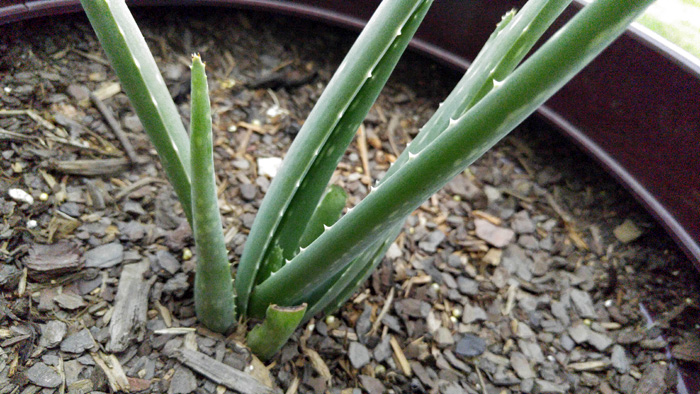 I did OK, but clearly my manual camera skills need some work. I think this phone will really help me work on them.

Realistically, I will likely use the G4 camera instead of my DSLR in situations when carrying a big camera is inconvenient, because the quality of the photos is impressive. For me, that’s saying a lot.

I have only two complaints about the G4. It has a tendency to get hot sometimes. Like, really hot, so that it’s uncomfortable to hold. It doesn’t happen often, and I’m not sure if the heat is a product of battery-intensive apps or the temperature of the room I’m in. Still, when it happens, I have to put the phone down. If I’m in the middle of gaming (which I admit I do quite a bit), it can be a pain.

My other qualm is the incessant pop-up ads on the phone. Again, I’m not sure if these are a product of some app I downloaded, or if the capability came built into the phone, but I’ve noticed the popups since the day I started using the G4. They show up no matter what I’m doing on the phone or what app I’m using, and they are seriously annoying. They really change the experience of using the phone because they often pop up at inconvenient times, like when I’m starting a video or trying to play a game. This could honestly be a deal-breaker for some people, and it might be for me if I didn’t like the camera so much.

Realistically, the phone is awesome. So awesome that it’s easy to be tempted to use it all the time. Even in situations where it isn’t safe to do so. And because Sprint understands that temptation, they’ve created Sprint Drive First, a free app for phones like the LG G4 with an awesome functionality: It sends all calls to voicemail and silences email and text alerts when a vehicle reaches 10mph. So if your teen is getting behind the wheel, the app will help keep them focused on the road. There are also new features like personal feedback and parenting mode that track miles driven and allow certain apps to be enabled or locked altogether. 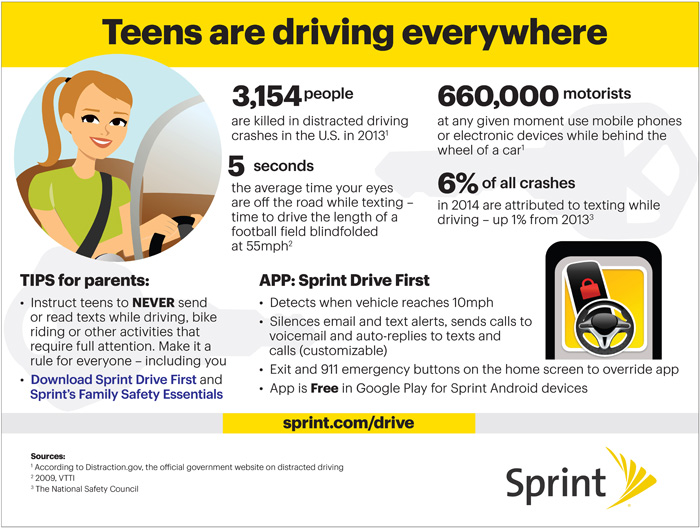 Also in the interest of driving safety, Sprint has started the Thumb Wars Campaign to discourage all drivers, but particularly teens, to quit texting and driving. This can literally be a matter of life and death. As scary as this sounds, while texting, a driver spends about 10% of their driving time outside of their lane. So it makes sense that texting drivers are 23 times more likely to get involved in a crash. 23 times. Think about that for a second. But apparently, statistics alone aren’t enough to make American teens stop texting and driving, since 40% of them still report doing it. So Sprint has partnered with DoSomething.org for the Thumb Wars campaign.

So how does it work? Well, young people who sign up at ThumbWars.org receive two pairs of yellow anti-texting thumb socks. The second set is meant to be shared with a friend or loved one they know who texts and drives. They can then take a photo of themselves and their friend wearing the thumb socks and send it back to DoSomething.org . Simple concept, but hopefully engaging enough to work.

So what about you? What do you think of the LG G4, and what do you to stay safe while driving with the temptation of your smartphone nearby?

Check out the Sprint store locator to find a store near you, or find them on Facebook or Twitter.