It’s officially two weeks into the new year, and I have been pretty silent everywhere on social media â€” even here. I figured if there was a great reason to break my radio silence though, it’s this: Baby Juliza is one!

All these months have been leading up to this moment, and it’s finally happened. My little lady has crossed the threshold into official toddlerhood. She’s not a baby any more! And if this face is any indication, Daddy and I are in trouble: 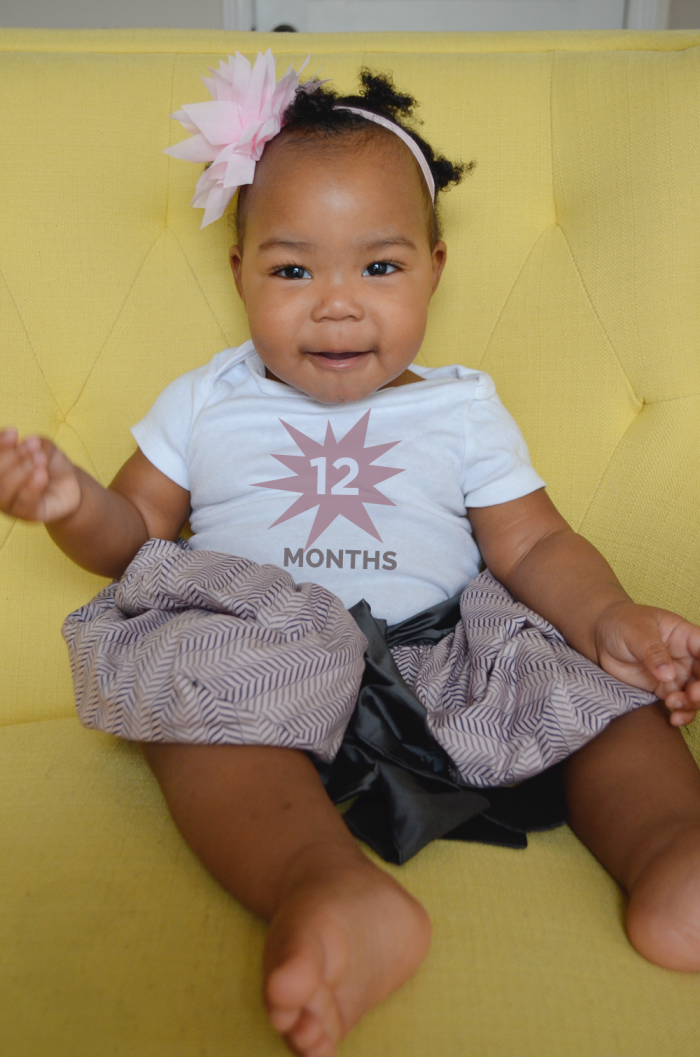 She is a chatterbox, and in this photo, she was no doubt telling me off for making her sit still long enough to take it. On the plus side, though, she’s finally started saying “mama” with some consistency. Still not as often as “dada” or even “daddy”, but I’ll take it. Her doctor says she’s far ahead of the curve in terms of her vocabulary, and trust me when I say that she’s only too happy to use it. All. Day. Long. I can’t imagine what it will be like once she starts stringing sentences together.

Really though, she’s a round little bundle of personality â€” hands on hips and all. Need some evidence? Well this is what she did when my hubby and I tried to take a Christmas photo together:

A kiss not involving JuJu? Nope. Not happening.

And this is her reaction to being in the playpen for a grand total of about 5 minutes while I started dinner:

She’s a handful and I half, but I wouldn’t have it any other way. I love her to pieces! Especially when she starts the day by dancing to a little reggae.

I had planned on continuing the photo series until she turns two, but I don’t really think that’s going to happen. Why, you ask? Well, because this month, after I took the pic above, the photo session quickly devolved into lots of this… 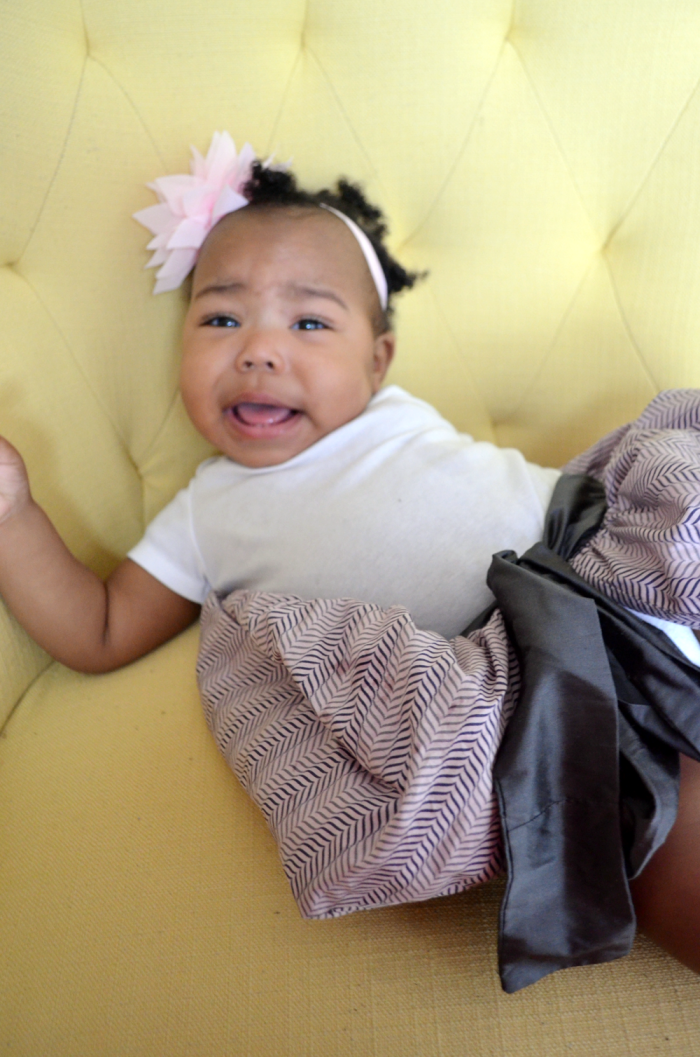 Yeah. She wasn’t having it. Even with her hair combed in tiny, cute puffs and wearing her fabulous Sofistafunk skirt. The child really isn’t a fan of sitting still these days. To make up for it, I also took a photo in her preferred position: Standing. 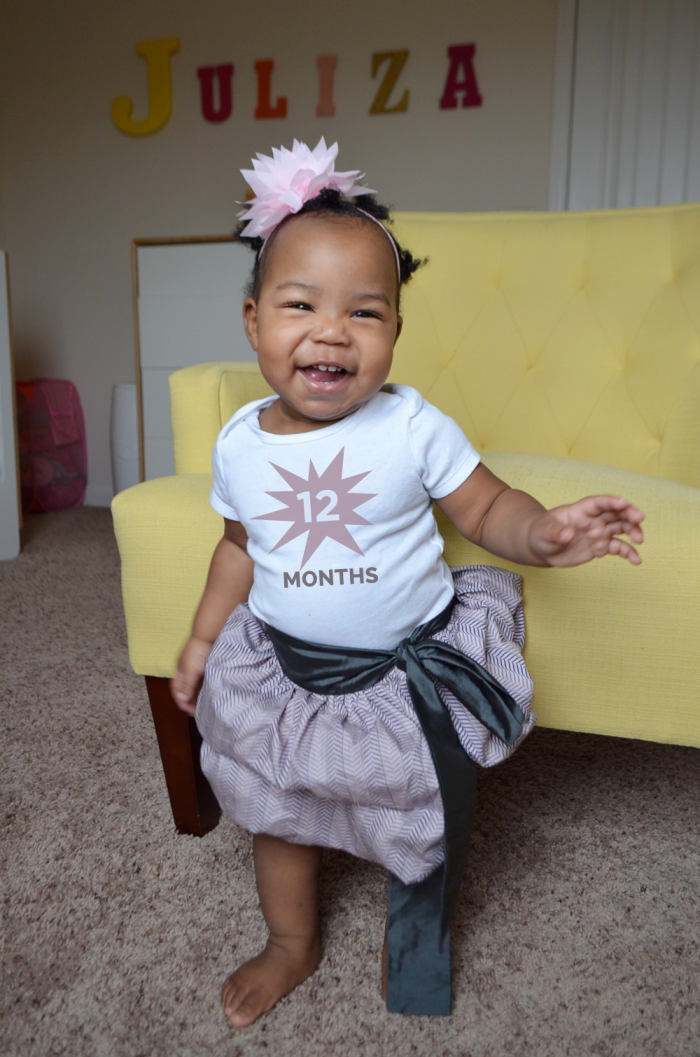 There. Much better. And I even managed to center her under her name on the wall. If I can figure out a way to make her stand still every month so I can continue this, I will, but somehow, I don’t see it happening. Still, I’ll always have her first 12 months of photos to look back upon wistfully, and she’ll always have the memory of. Cake.