I can’t believe that in one short month, my stoonkie (one of her many nicknames) will be celebrating her first birthday. No really. I can’t believe it. It seems like we just announced the pregnancy and brought her home from the hospital, and already she’s moved into toddlerhood. It’s exciting and frightening and awesome and bittersweet.

She has already changed so very much since the day we brought her home from the hospital. Just look at my almost-one year old ball of sunshine: 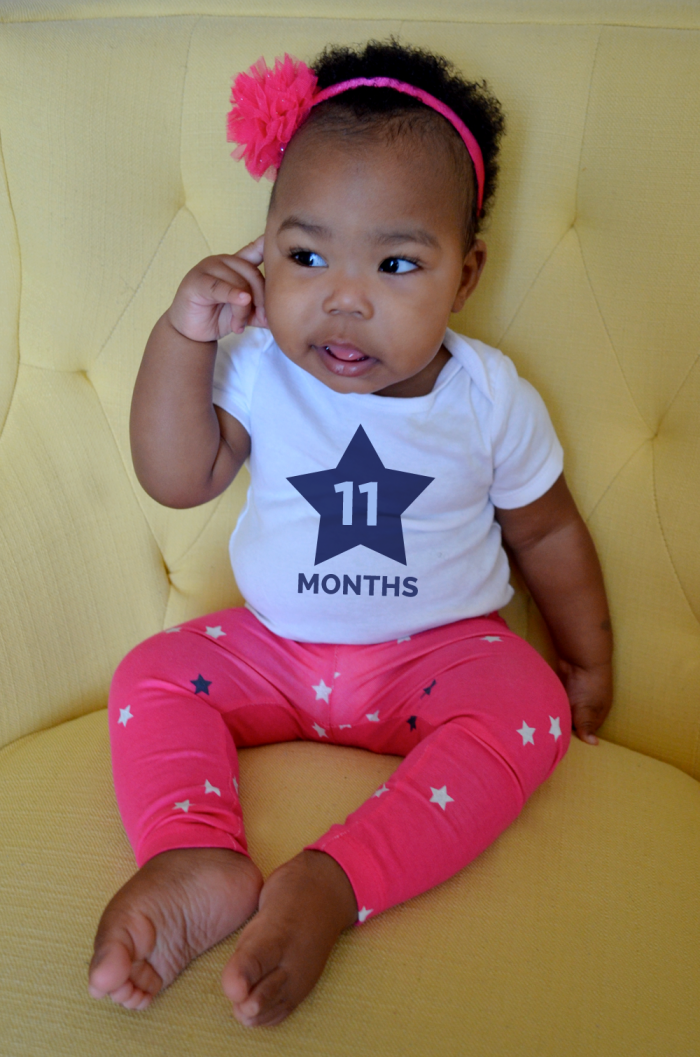 Of all the photos I shot, I had to choose this one. You may have noticed that she is pointing at (OK…near) her eye. That’s not by accident. “Eyes” is one of the words that Juliza can now repeat on command, and she tries to point to her eye when she says it. She often points at her cheek instead, but she’s getting closer every day. She understands the association between the word and her eyes, and she’s starting to point at other people’s eyes too. In other words, she can say the word, but she also knows what it means, and that, my friends, feels like a huge leap forward.

Other words she knows:

She’s also learned to associate words with actions, so she’ll wave when she says bye, slap hands when we say “high five” and clap when we say “yaaaay!” Also, she’s decided she wants to learn how to snap:

This child of mine is picking up everything so fast! She's walking and repeating words and sounds, and now she's trying to snap. #babyjuliza @rfahrenhyt

Every time she does or says one of these things, I can’t help thinking how the heck she grew up so much, so fast. This little one is smart. So smart.

She’s also walking these days much more often than she crawls. Really, she only crawls if she stumbles while walking. Other than that, she’s off to the races on her own two feet.

I really thought I’d have another few months before she started walking so frequently, but alas, Juliza had other plans. The scariest part of this newly mastered skill is the fact that is so fast. Seriously. She’s going to be a track star. She can make it across a room before I even realize what’s happening. Plus, she’s coordinated enough to walk while carrying something in her hands. Like a box. Or my purse. Or cell phone. Or a pillow.

And all this independence means she’s none too happy when one of us tries to rein her in a bit. She’s already started throwing tantrums, arching her back and throwing herself on the floor when she doesn’t get her way. In time, though, she’ll figure out that her mama does do tantrums, and they don’t phase me one bit. She’ll learn. Hopefully sooner rather than later.

For now, thankfully, those moments are still few and far between. Usually, she’s just content to explore and see the world from a new perspective. Like the time she realized that those paper pom poms above her bed can actually move and make crinkly sounds when touched. 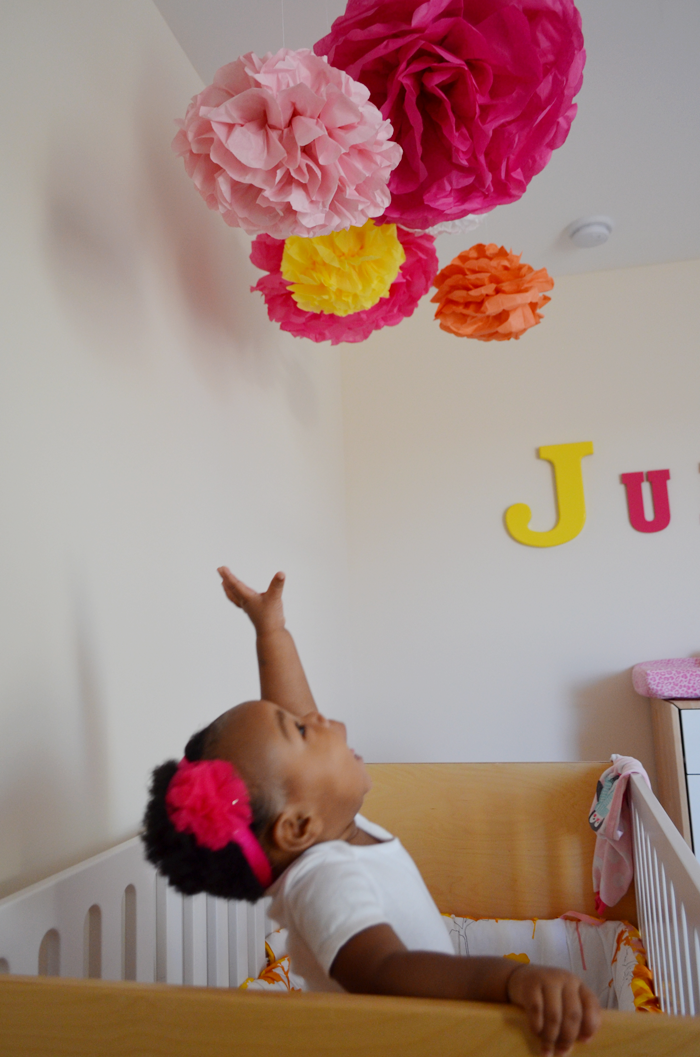 And the other time she realized she’s tall enough to reach the books on the shelf in her bedroom. Which means it’s time to move the shelf or risk a bunch of torn books. 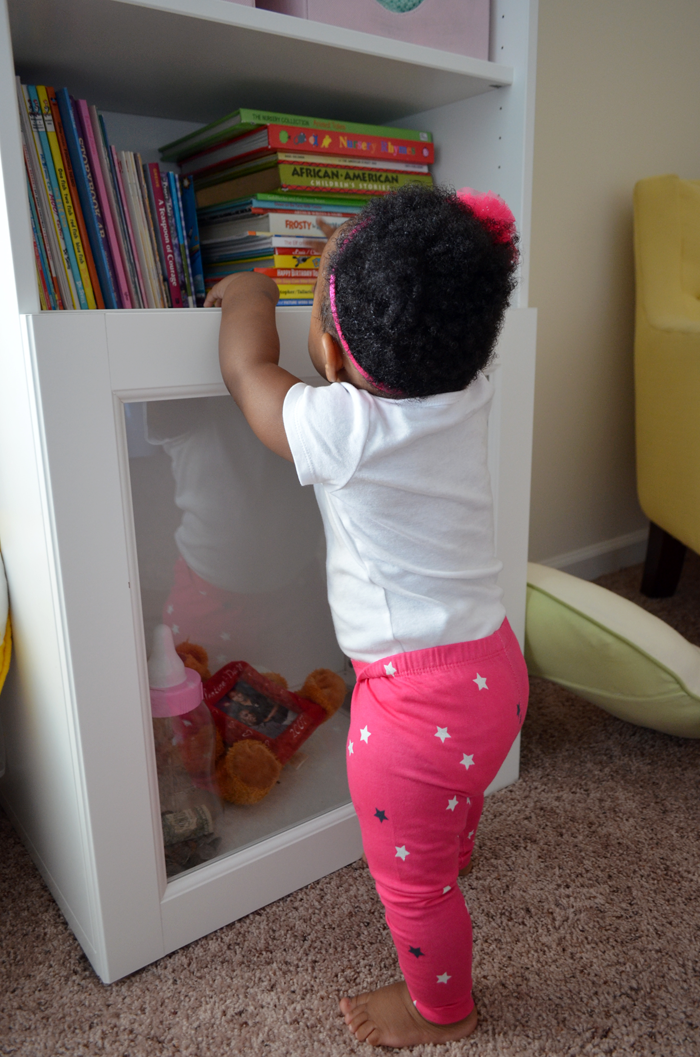 I’m just so thankful that she is thriving. And sleeping better. In her own bed. We’re still breastfeeding, and that’s still her favorite way to fall asleep, but that’s cool with me. When she sleeps well, it means I can sleep well. And that is completely worth it.

Now, I have a month to brace myself for the gut punch to come when she turns one. I need to stock up on tissues…