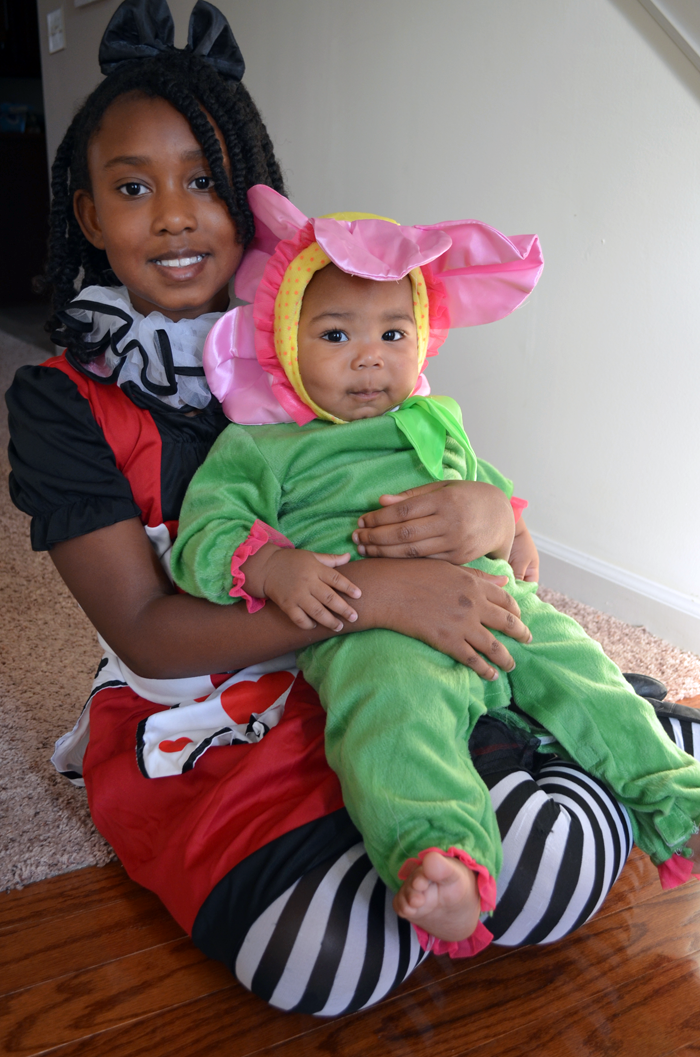 For the past three years, I’ve made my daughter a DIY Halloween costume. In 2011, there was the peacock costume; the mermaid costume came in 2012; and last year, she was a wind-up doll. In my heart of hearts, I’d really like to make her costume this year too. Alas, Hurricane Juliza is in town.

Costume-making is awesome, but it’s a time-consuming, detail-oriented task. With my little crawler getting into everything these days, I don’t know that I’d have the time or the patience to make something really special. Especially since I couldn’t make a costume for Ja’Naya without making one for Juliza too. So when Walmart offered me the opportunity to purchase some Halloween costumes for my family, I took it as a sign from the Universe that I should give myself a break this year and let theÂ kidsÂ be cute in store-bought costumes.

Fortunately, Walmart has a ton of affordable costumes, and the selection for kids is great. The baby costume selectionÂ was a little slim, though, and most of the costumes were animals. There was a dog, two different cows, a bear, a lion â€” even a dragon. Cute, but not really what I had in mind for Juliza. So when I came across this baby flower costume, I scooped it up. Because…well, just look at her: 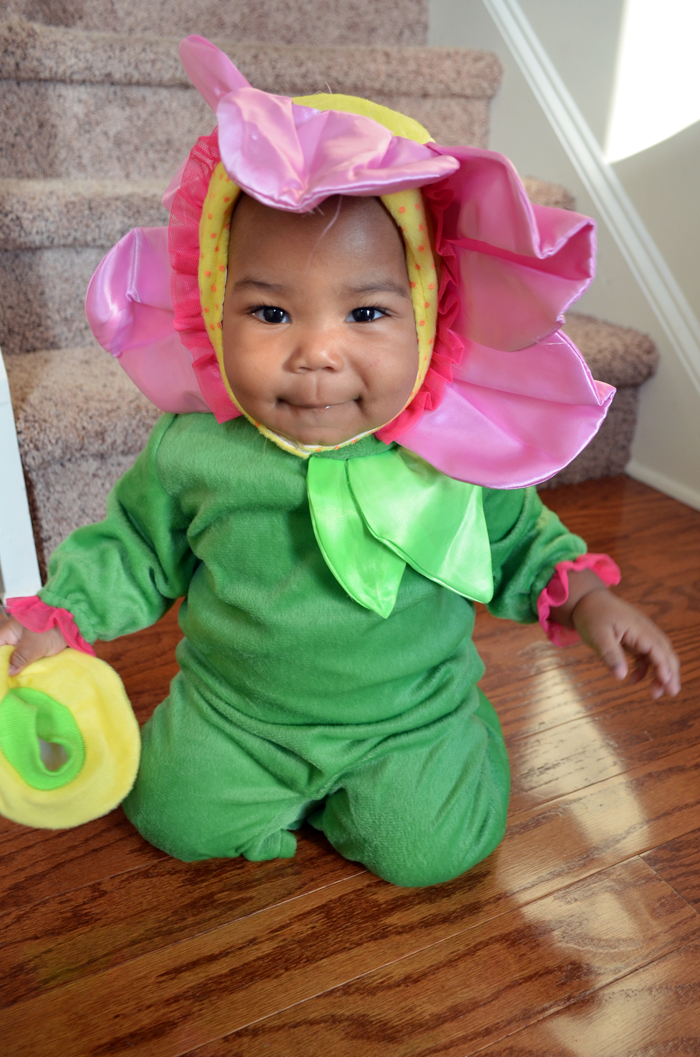 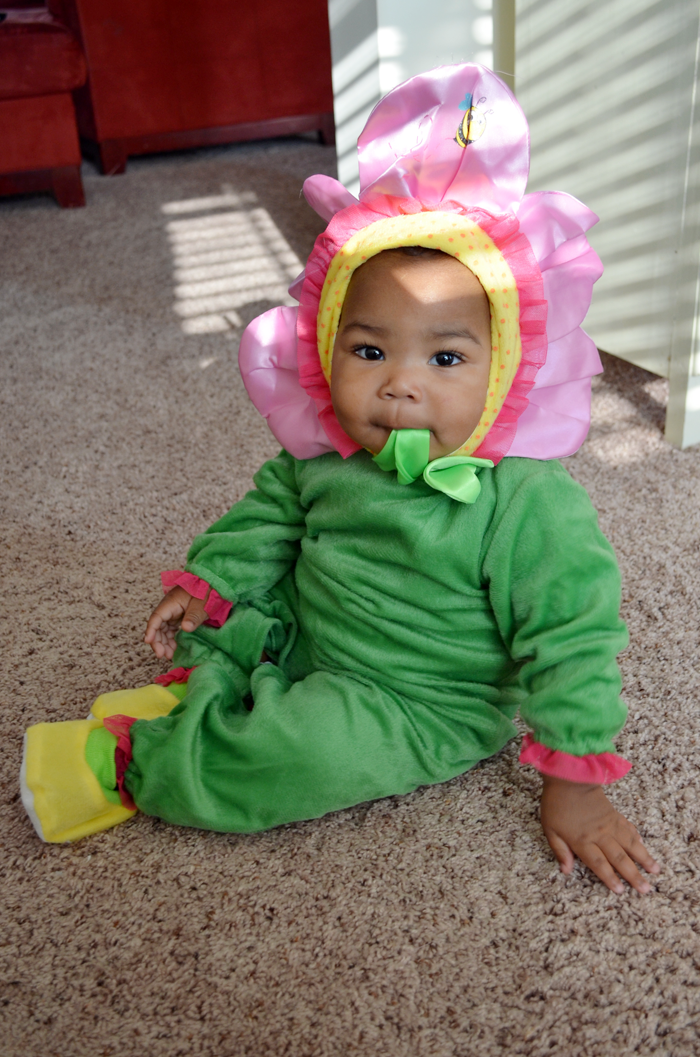 How cute is that? There are no words!

Of course, there’s a slight problem. She’s at an age when getting her to keep stuff on her head is a challenge. Distracting her with something else works for a while, but inevitably… 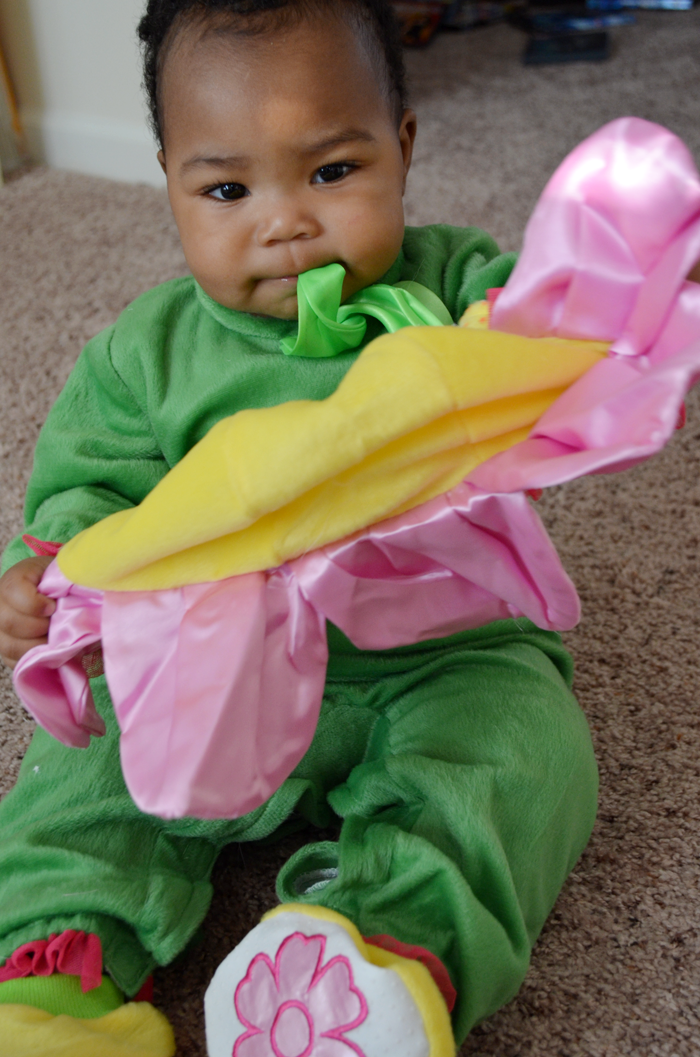 Still,Â for just $15.97, I’m happyÂ to have a cozy, warm costume that she’ll be able to wear outside without getting cold. I’ll have to cross my fingers that Halloween in Georgia this year is actually cool, and not warm enough to make this costume uncomfortable, becauseÂ it’s happened before. We’ll see.

Anyway, just in case she revolts against the costume, via headpiece or temperature, I grabbed her a Halloween onesie for $3.25. So at least if I have to change her, she can still be in the Halloween spirit. 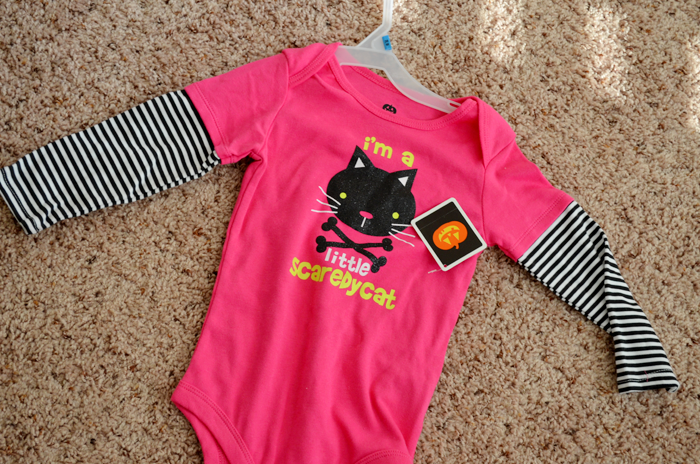 Her big sister chose her own costume. Ja’Naya considered a skeleton, and a fairy and even Robin Hood, but in the end, she choose an Alice in Wonderland-themed costume: A playing card. 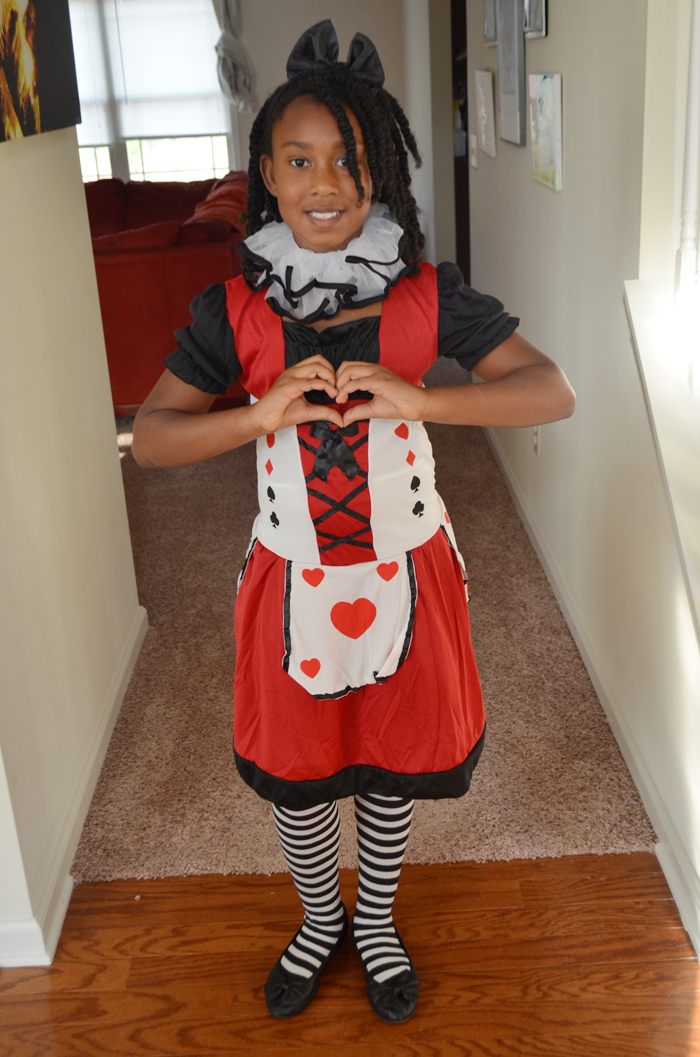 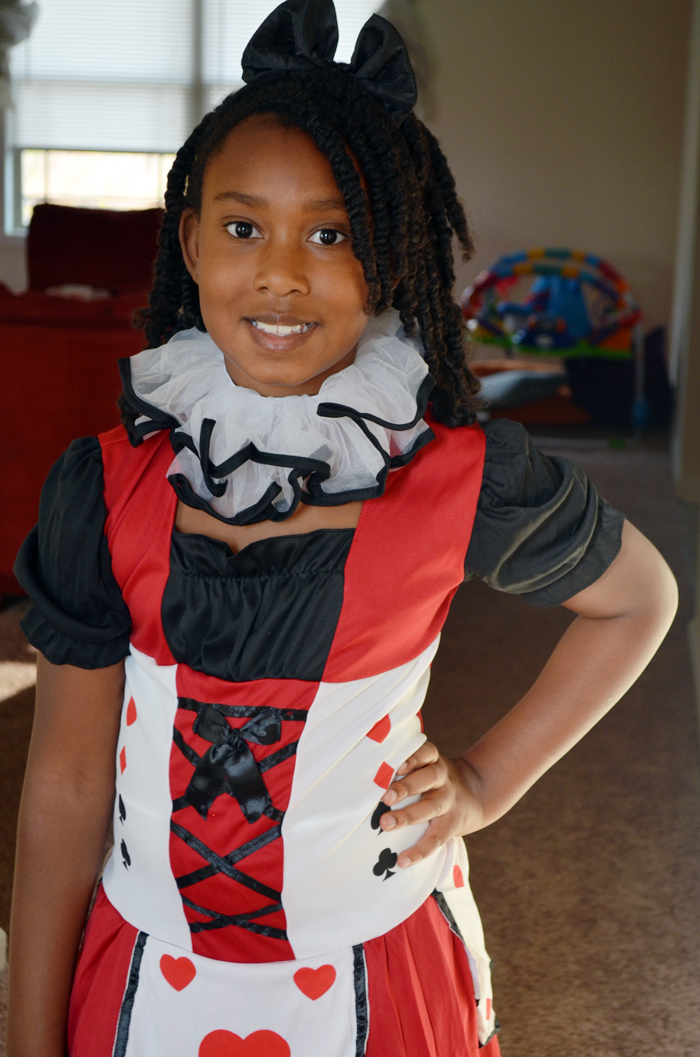 I’m actually really digging her choice, and it cost just under $20. The costume came with everything except the tights, which we grabbed from the accessory section for just $3.97.

She’s in a new school district this year, and I’m not sure yet if they allow the kids to come to school in costume, but if they do, this one is appropriate for school. She’ll have to throw jacket over it if it’s chilly out, but that’s not a big deal.

There’s a part of me that’s relieved to have the costume choices out of way with a few weeks to spare. But of course, there’s that other type A part of my brain that still wants to make DIY costumes. Someone, please talk me off that cliff…

Disclosure: As a participant in theÂ Walmart MomsÂ Program, Iâ€™ve received product samples and compensation for my time and efforts in creating this post. All thoughts and opinions are my own. Affiliate links have been used.