August is Breastfeeding Awareness Month, and there have been events going on all month long to help promote and normalize breastfeeding. This week â€” August 25-31 â€”Â is Black Breastfeeding Week. 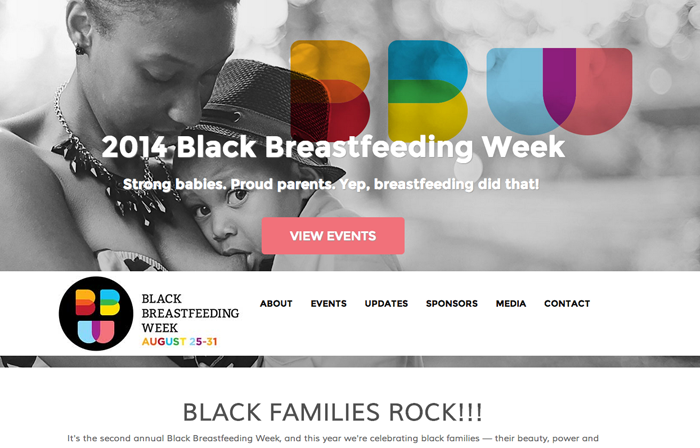 Sounds innocuous enough, right? A week to encourage black moms to nurse their babies. I even wrote a post for Black Breastfeeding Week when I was pregnant last year and planning to nurse. In fact, though I knew I wanted to try nursing with baby Juliza, this eventÂ is what helped cement in my mind that I really needed to breastfeed. That it was important and life-saving and necessary. Reading stories from other black women who felt the same offered aÂ type of solidarity that was genuinely encouraging.

Well, here’s the thing. The breastfeeding community is already divided. The numbers tell us that. White women are statistically a lot more likely to breastfeed than black women. They are also more likely to continue extended breastfeeding beyond 6 months or a year. The result? The rates of infant mortality and low birthweight in the African American community are higher.

The pointÂ is that it’s super important that we all work to encourage more black moms to nurse â€” for ourÂ health and the health of ourÂ babies. This isn’t about excluding anyone. White women who have a problem with this, I’m going to address the rest of this post directly to you:

It’s really sad when breastfeeding advocates can’t see the importance of speaking to women where they are â€” even if that means targeting their race.

If you feel excluded from this week, imagine how moms of color feel in every other conversation about breastfeeding. Realistically, the face of breastfeeding in this country is white. It always has been. When you walk into a La Leche League group, chances are most, if not all, of the members and the leader are white. The lactation consultant at your hospital or birthing center? Probably white. The posters in the wic office, magazine ads or commercials about breastfeeding? Probably feature white women.

So if you want to go there, “white” breastfeeding week is every week.

And images like this one, featuring black women feeding our beautiful brown babies the way nature intended, are rarely included in breastfeeding advocacy: 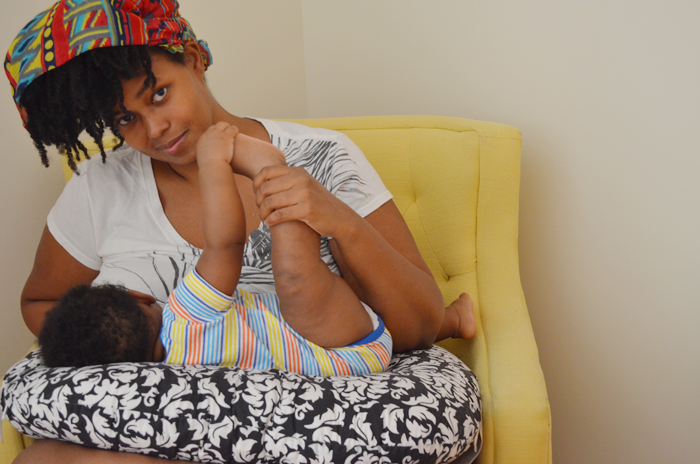 Yet, you get to assume that when white women are featured and included, that everyone is included and invited to the conversation. That may be true in intent, but it’s rarely true in execution or outcome. And that’s called white privilege.

And yes, breastfeeding momsÂ of all racesÂ face some of these issues. But can you imagine if your whole family â€” whole community â€”Â was largely ignorant about the benefits and necessity of breastfeeding? If even your doctor and nurses assumed you didn’t plan to breastfeedÂ and pushed formula on you simply because of your race?

ThisÂ matters. It matters to see women who look like us proving that breastfeedingÂ is OK. That it’s natural and normal and beautiful and life-saving, no matter what anyone else might say. It matters to have people who understand your experience as a black woman saying these things to you.

Please, spare me the crap about how “talking about race encourages racism,” or how we’re the ones who are “making things about race” because that makes no sense. Race is a factor, whether we talk about it or not. Your whiteness allows you to ignore that fact because it’s not something you have to deal with on a daily basis. Contrary to what you’d like to believe, talking about it attempts to make the issue less taboo so we can actually FACE our racial differences instead of sticking our heads in the sand and pretending they don’t exist.

But Lord, if I had a dollar for every time a white person said “talking about race just breeds racism”, I’d be rich. The only way we’ll get past racism is to talk about it in real, honest terms and actually LISTEN to each other. Negating the experience of a person of color just because you can’t relate is a glaring example of white privilege.

If you take offense to that, I strongly suggest you look inside yourself about why. Because at the end of the day, it’s not about you. Period. If you call yourself a breastfeeding advocate and you can’t be an ally and support black moms in our breastfeeding efforts, however we choose to do so, then just stay out of the conversation, because your bigotry is not welcome.