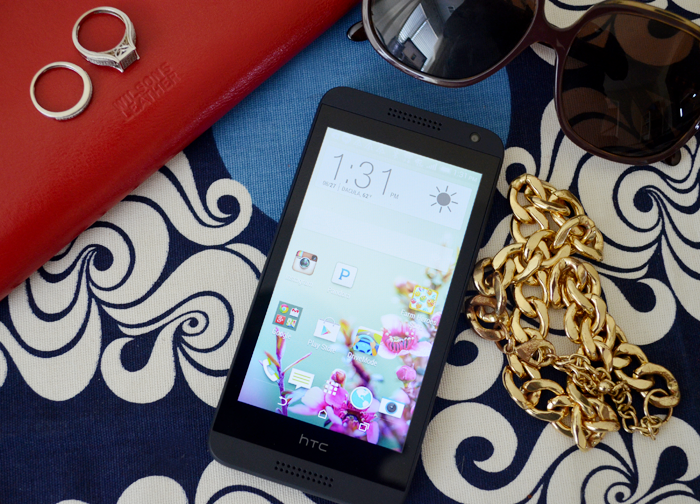 My husband and I wouldn’t know what to do without our smart phones. They’ve become such an integrated part of our lives that it’s difficult to remember how we got stuff done before them. But the one thing I lament about our smart phones is the fact that we have them on a contract. Those two-year contracts most cell phone providers force customers to sign feel like a prison sentence.

So when Walmart asked me to try a smartphone using AT&T’s GoPhone service, I had to see whether a no-contract phone could really compare. 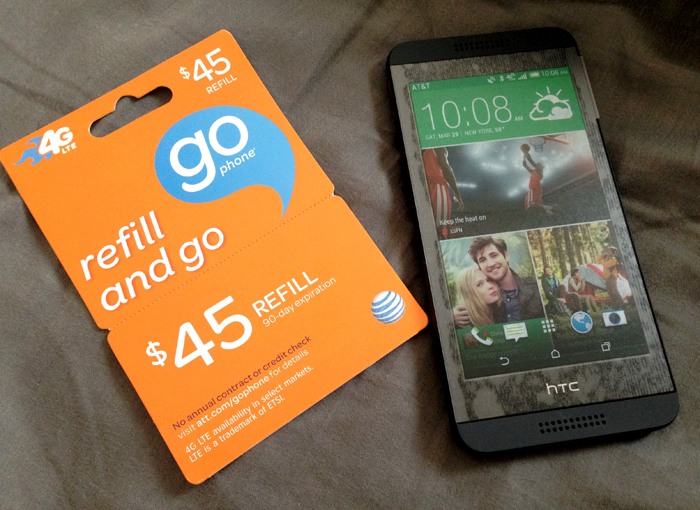 I have to admit, I never really thought a prepaid smartphone could come close to a contract phone. Makes no sense now that I think about it, but I guess it’s years of indoctrination. For a very long time, you could only get very basic phones on a prepaid plan. Think flip phones with little functionality other than making phone calls and sending texts.

That is no longer the case. I received the Android-powered HTC Desire 610 to try, and it is every bit as powerful and functional as any other smartphone I’ve ever used.

The best part? All of this is available to Walmart customers for just $45 a month, which is good for unlimited talk and text and 1GB of data. With no contract. The standard $40 plan comes with just 500MB of data, so the Walmart plan gets you twice as much for just $5 more. Sounds pretty great to me.

So what about the phone? This is what people really want to know, right? How good are the smartphones I could get without a contract? 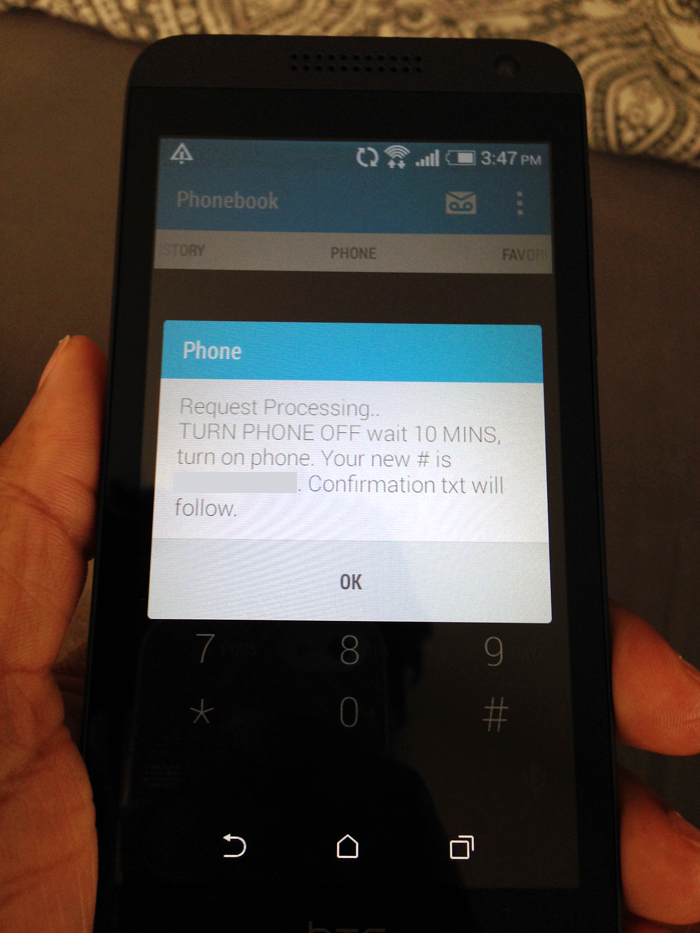 I have to say, I really like the Desire. It took me a few minutes to set it up. Not difficult at all. Plus, I love that we can buy refill e-cards from Walmart.com or refill using a credit card, which means I don’t even have to leave home if I don’t want to. This is much preferable to being forced to trod to the store to buy a refill card.

I LOVE the size the screen. I’ve had an iPhone for years, and I never really thought about what it would be like to have a larger screen. Turns out, it’s awesome. After activating the phone, one of the first things I did was install a bunch of my favorite apps and games: Instagram, Facebook, Pinterest, Farm Heroes Saga (don’t judge me), Pandora and more. Viewing photos on Instagram and Pinterest on such a large screen was beautiful! The extra screen space really did make a difference on such visual apps, and on games, the extra space gave my fingers more room to maneuver. 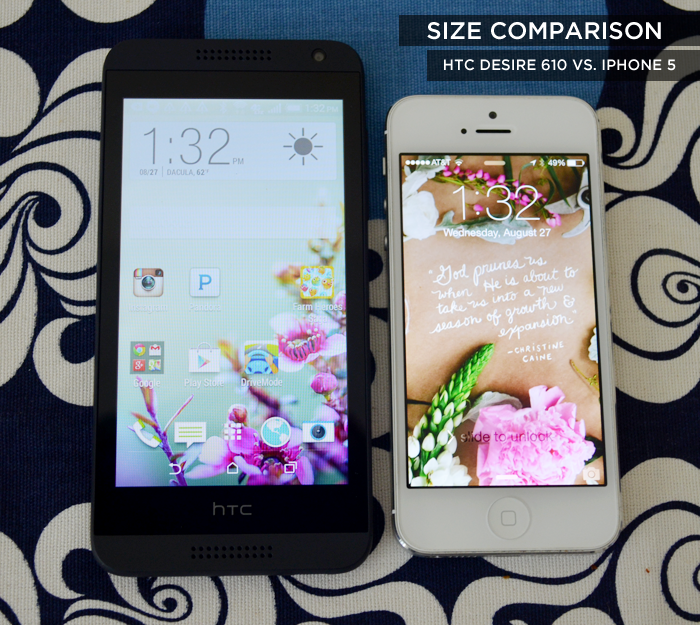 I also love the fact that the speakers are on the front of the device. Sounds like it wouldn’t be a big deal, but the placement there makes the sound so much louder when you’re trying to play it without headphones.

This device runs on Google Android, so if you’re familiar with that, you’ll have no problem using it. It took some getting used to, for me, since I’m more familiar with iOS, but it really is intuitive. Plus, if you already have a Google login, it takes literally seconds to sync everything in your account with this phone.

My biggest caveat? The camera is just OK. As in not terrible, but not my favorite feature of the phone. As an Instagram junkie and blogger, I take photos with my phone all the time, and it’s important that the quality be good enough to publish.

I took the following photos with the camera: 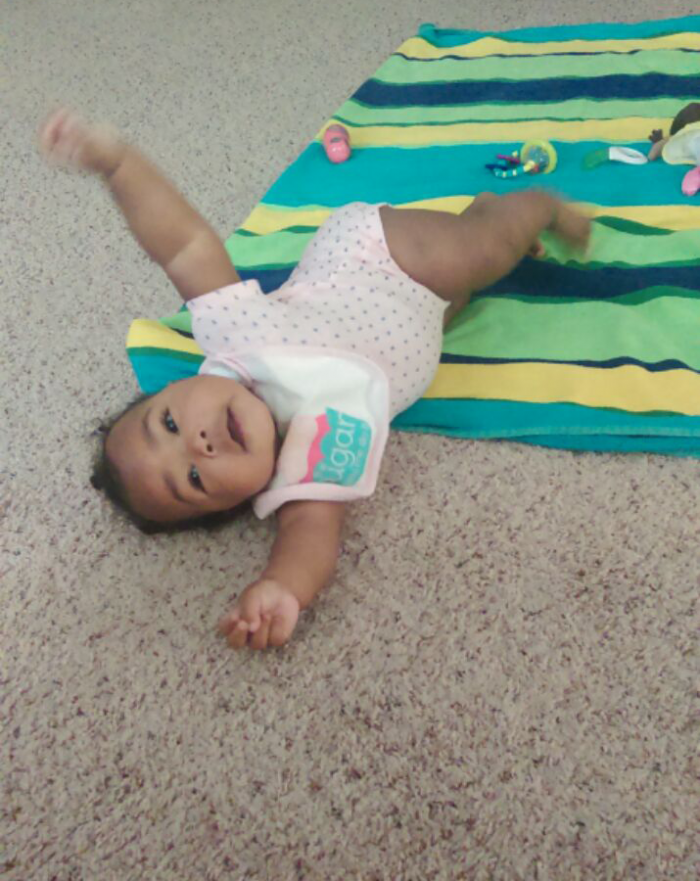 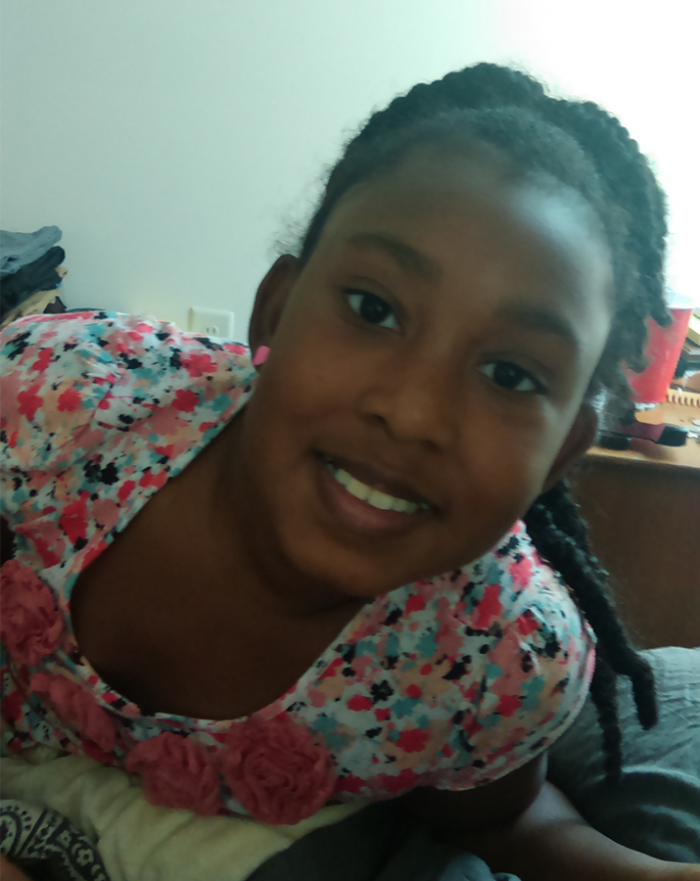 Even holding the phone as steady as I could, the photos taken with the rear camera were still grainy, relatively dark and somewhat blurry. Even in a bright room where there should’ve been more than enough light to allow crisp photos. Baby Juliza was on the move in the first photo, so I expected some blur. However, in the second photo, Ja’Naya was perfectly still. I took several photos and they all came out about the same. The front-facing camera was worse.

Like I said, not horrible, but if photos are important to you, it’s something to consider.

Another issue is that the phone only comes with 8GB of internal storage, which can run out fast if you store a lot of photos, videos, etc. It does, however, have a Micro SD card slot, so you can easily add more memory whenever you’d like. Still, if you don’t have one on hand when you run out of space, this could be inconvenient.

Overall though, I was impressed that I could get a really robust, well-rounded smart phone without the burden of a contract. Plus, the fact that it’s on AT&T’s network means that it worked everywhere we went because they have great coverage in the Atlanta area. Also, because we use most of our data at home on wifi, that 1GB goes further than you think it might.

This experience is making me seriously consider whether to ditch our contract phones when our time is up, because at $45/month with no hidden fees, we’d be actually wind up paying a little less than we’re paying now (though we would also be getting considerably less data).

What about you? Do you have a smartphone? Would you consider getting one on a pre-paid plan?

Disclosure: As a participant in theÂ Walmart MomsÂ Program, Iâ€™ve received product samples and compensation for my time and efforts in creating this post. All thoughts and opinions are my own. Affiliate linksÂ have been used.