Exercise Your Brain with the Buzzle Ball

As a child of the 1980s, the following admission is pretty embarrassing: I have never solved a Rubik’s cube. Not for lack of trying, either.

I got one for Christmas from my aunt when I was a little girl, and I was so excited! That excitement quickly turned to frustration, because I couldn’t get it right. I spent months trying to solve it, and finally gave up and used it for decoration.

All of this to say that When Walmart asked me to try the new Buzzle Ball, I thought it would be an opportunity to redeem myself. 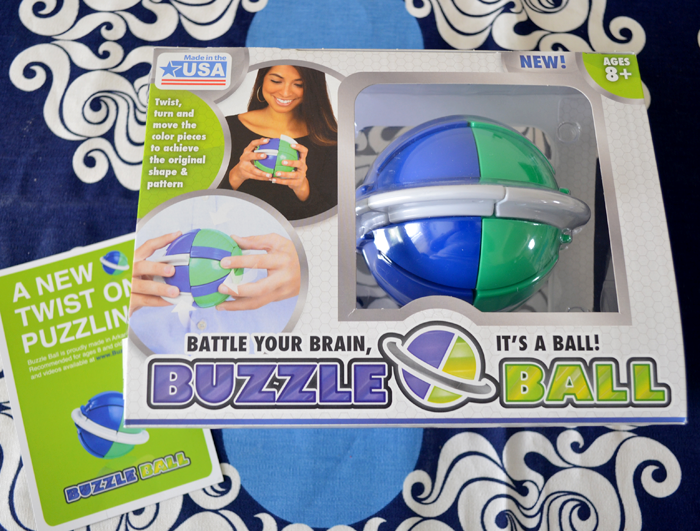 Buzzle Ball is a three-dimensional ball with moving parts that you can align, twist and rotate. The ball starts off with one side in solid green and the other in solid blue, with a gray “halo” around the middle.

It came out of the box lined up perfectly, so I took a minute or two to mix it up. 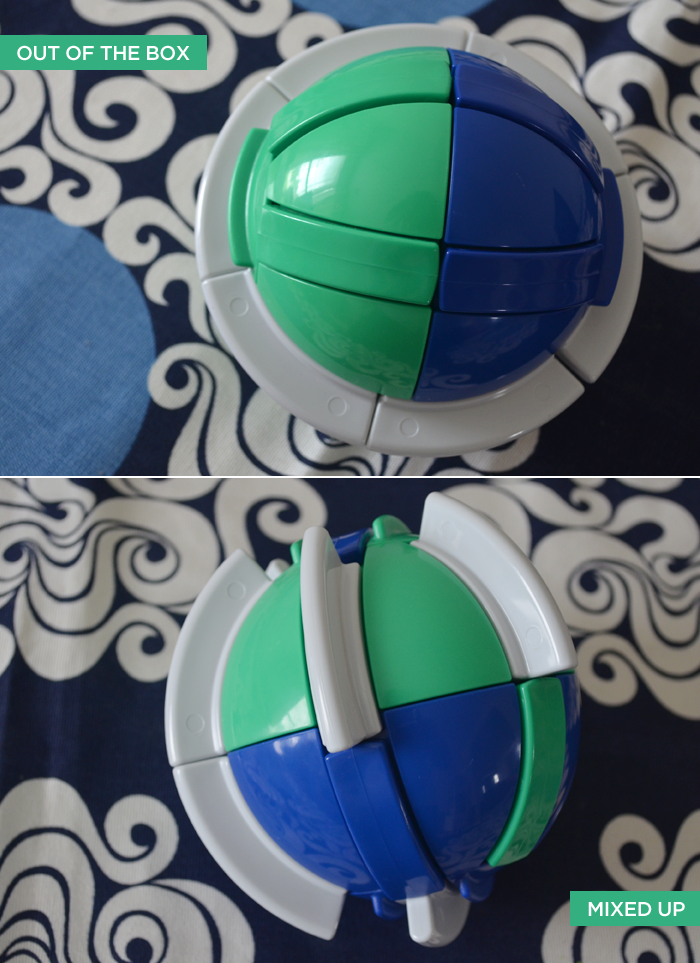 Here’s a quick video from the Buzzle Ball YouTube channel showing how it works:

Once I messed up the pattern a bit — and I mean a little bit with just a few quick moves — I handed the ball to my daughter to try.

She spent a solid hour working on it, to no avail. I couldn’t believe that after only a few moves, it would be so difficult to get it back to its original state. So of course, I took over, determined that I’d solve it in no time.

My husband was next in line, and he couldn’t solve it either. After a few days of the three of us alternately working on it, this is how close we’ve come: 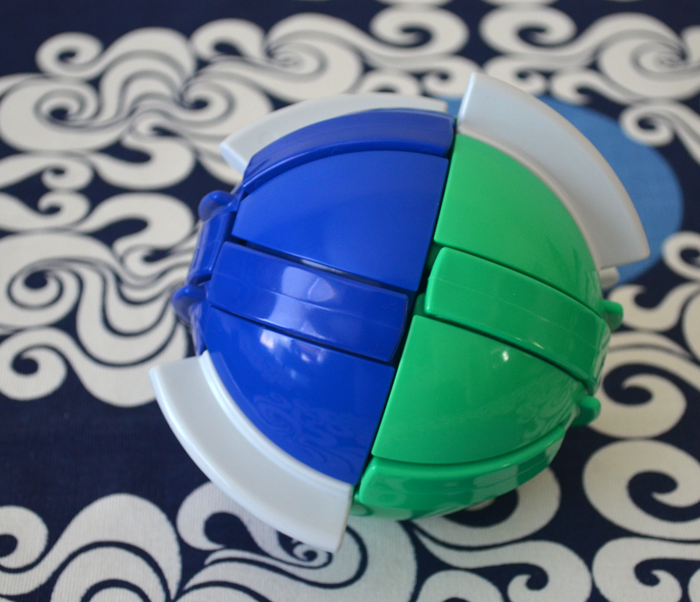 We’ve got solid blue and solid green, but we’re having the hardest time to get that gray ring to line up without messing everything up again.

But we’re determined. We can do this. It’s become a bonding experience for the family, and seriously addictive. Hopefully, we’ll be able to solve this puzzle with just a bit more effort instead of years of frustration. It really is a brain workout, and I can’t be mad at that.

I know a couple of smart aleck teenagers who need this in their lives. Let’s see how cocky they’ll be when a little plastic ball brings them to their knees. Or is that cruel… Lmao!