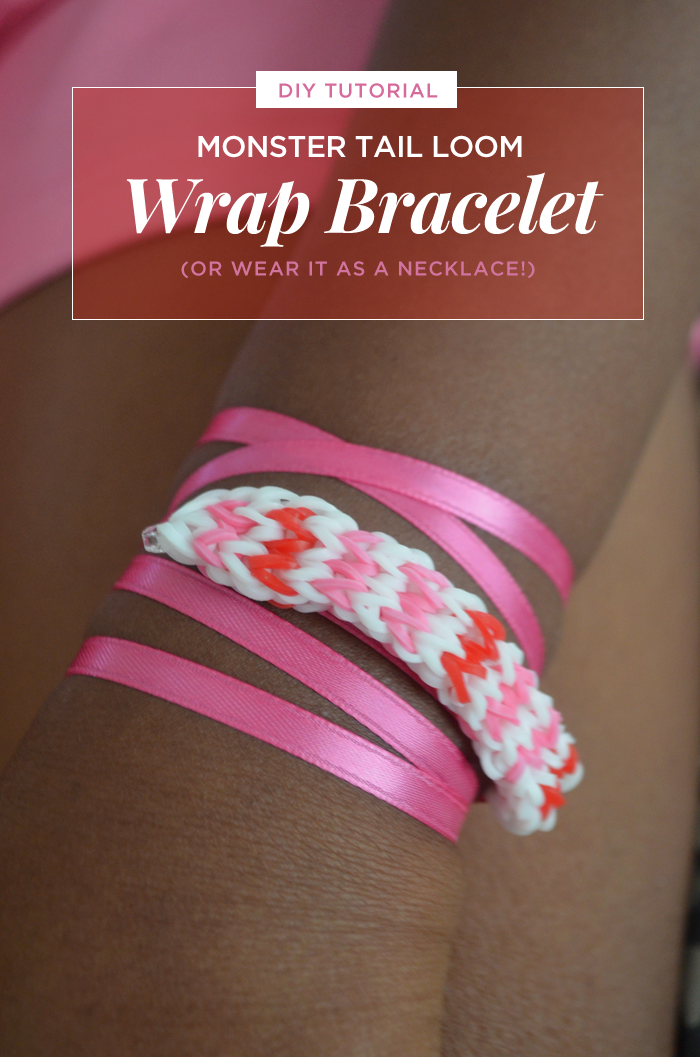 A few months ago, I wrote about how much my daughter loved Rainbow Loom’s Monster Tail loom. The love affair is still going strong, but she grew tired of making basic bracelets after a while. So when Walmart asked me to share a project using the loom, we had to get creative about what she could make with it.

Lest you think bracelets are the only option, you should Google Rainbow Loom projects. We found examples of people making entire murals, cell phone cases, flowers, figurines and more. I am still in shock with what folks were able to make with rubber bands.

My daughter’s Monster Tail loom skills aren’t quite at that ninja level yet, so we had to some up with something unique, but still doable. Our solution: A combination necklace/wrap bracelet using the “Ziggle Zaggle” design, thanks to this YouTube tutorial.

However, she didn’t stop there. She started with the tutorial and created a little more than two inches of chain. However, instead of closing the loop to make a bracelet, she simply closed off the loose end with a C hook. You could really do this with any bracelet style, but the Ziggle Zaggle pattern looks really cool. Next, she threaded 16 inchesÂ of narrow ribbon through the elastic loops at either end of the chain. 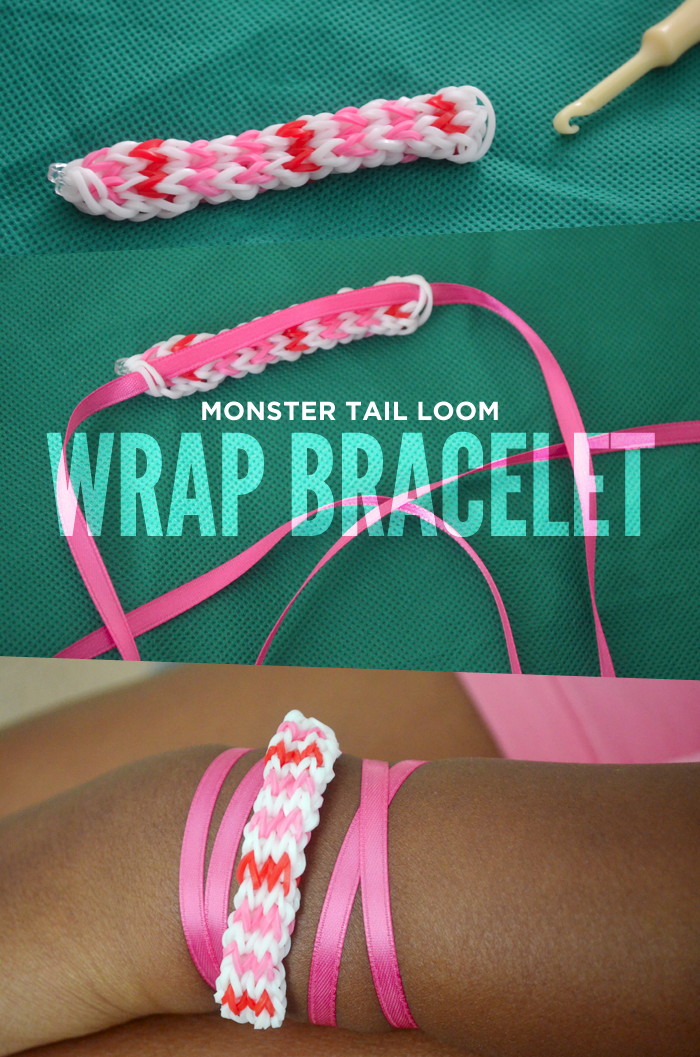 Now, she can wear it around her wrist as a funky wrap bracelet or tie it around her neck and wear it as a necklace with a cute pendant. She was so happy with the way it turned out that she immediately planned an outfit around it. 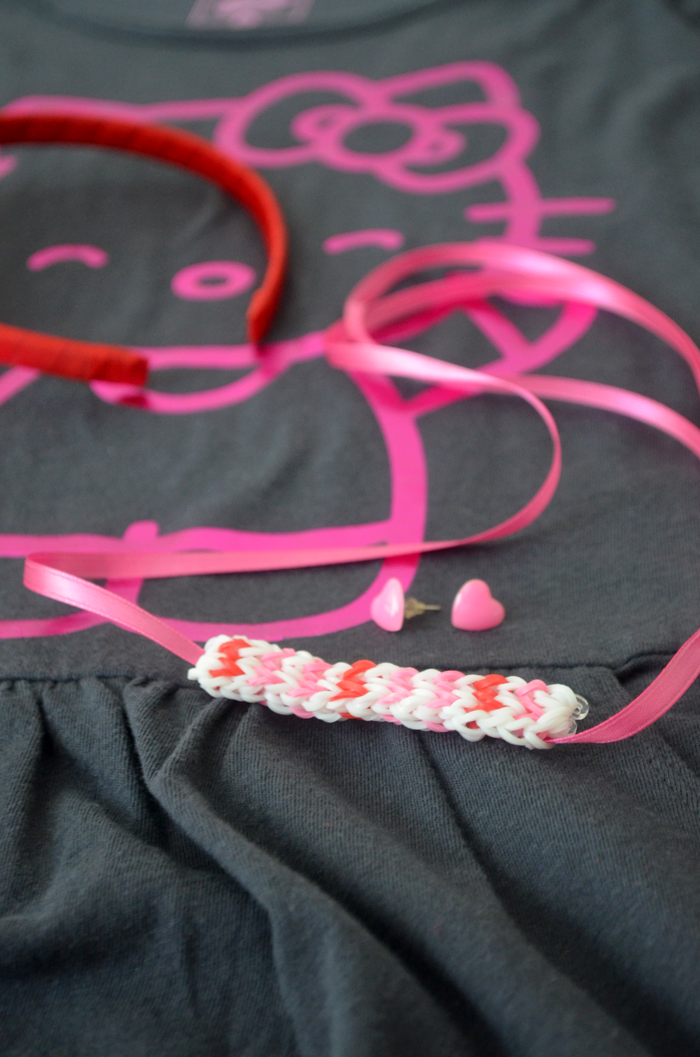 What can I say? She’s a girl after her mother’s heart. Which means that she had no problem trying it on for the camera 🙂 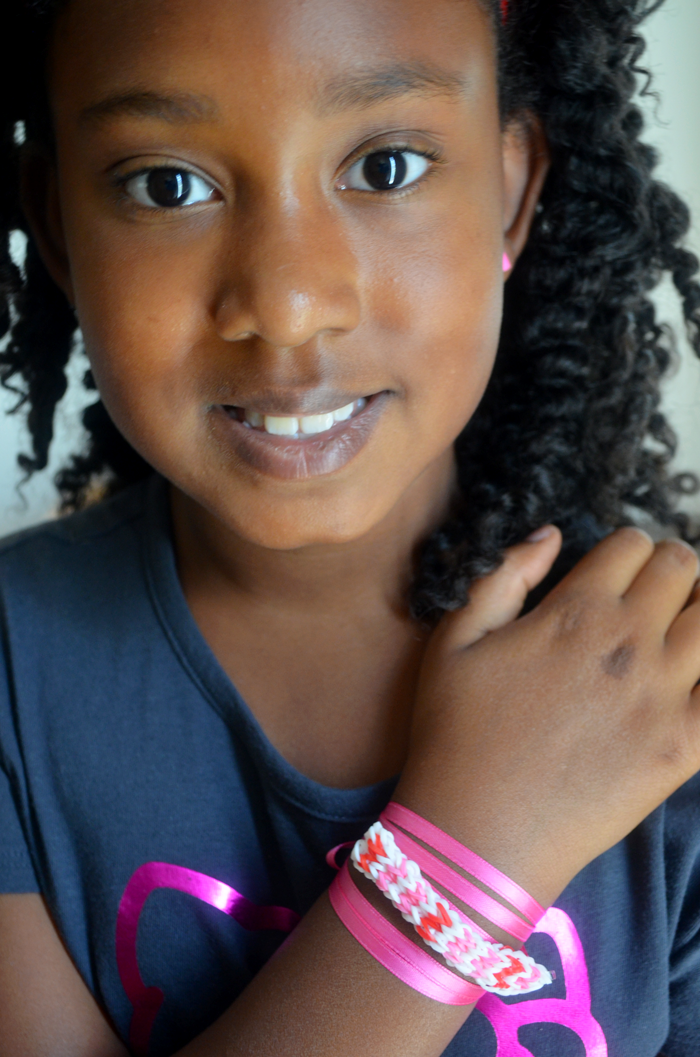 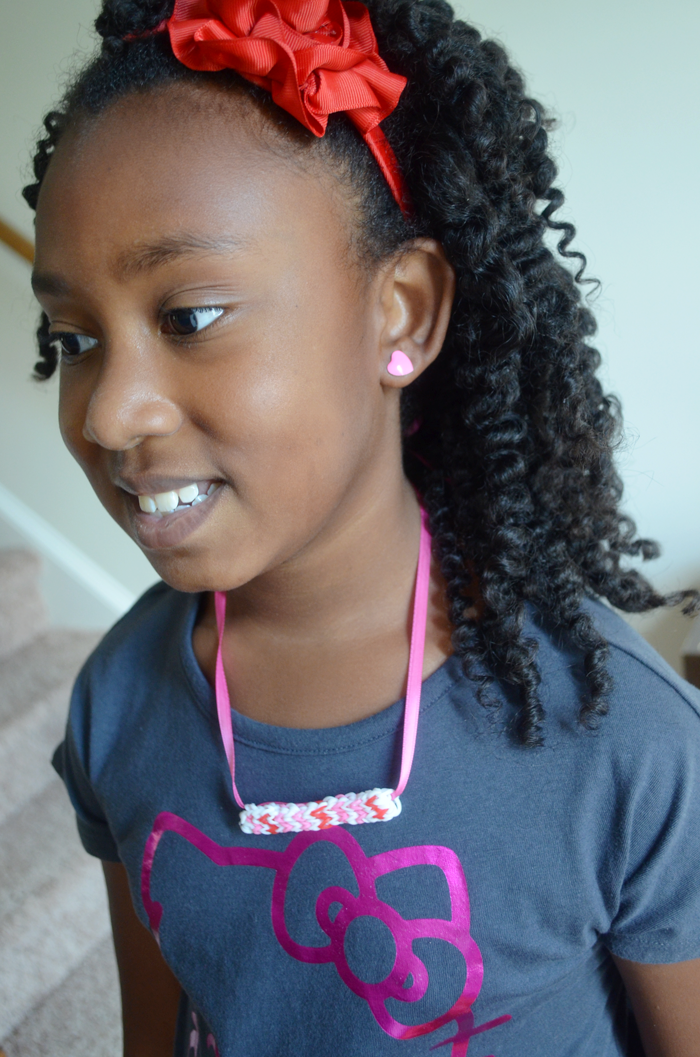 Now, she wants to make a bunch more of these, and test her looming skills to make more elaborate designs. I dare say she’s going to be infatuated with this loom for a long while, and that’s saying a lot in this day and age, when electronics are a kid’s best friend. Not bad for aÂ $6.88Â loom and some extra rubber bands. Not bad at all.

Disclosure: As a participant in theÂ Walmart MomsÂ Program, Iâ€™ve received product samples and compensation for my time and efforts in creating this post. All thoughts and opinions are my own. Affiliate links have been used.