Bet On Your Baby: We’re Up to the Challenge 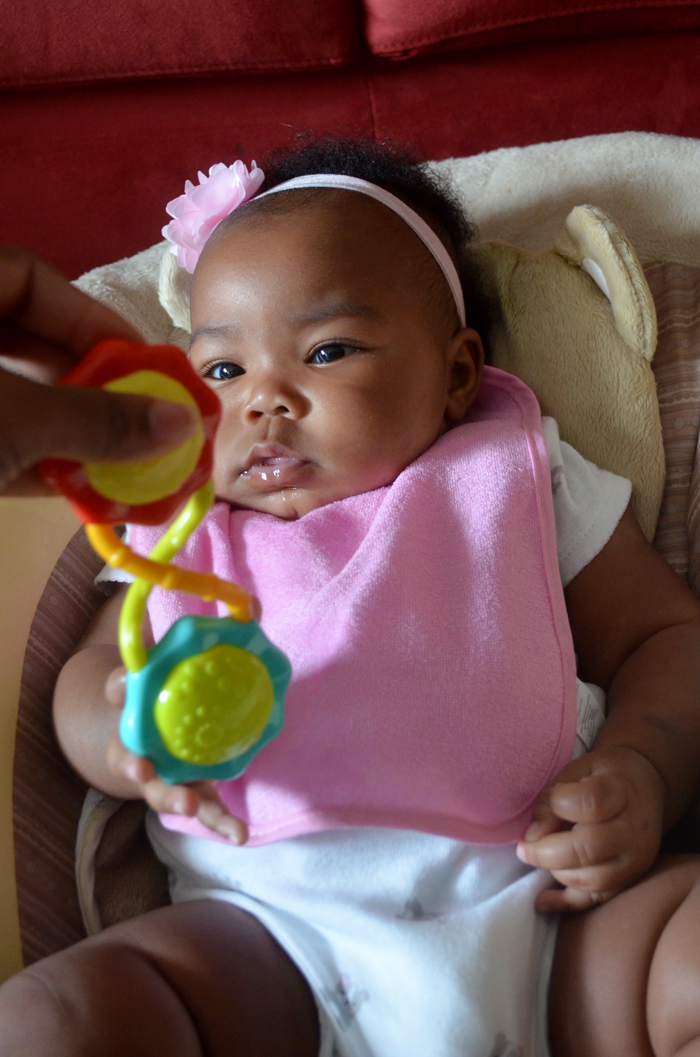 If you’ve never heard of it, Bet On Your Baby is quite possibly the cutest show on television. It is hosted by actress and comedienne Melissa Peterman, and in it, parents try to predict their kids’ behavior in various challenges to win money for their child’s future education.

As most parents know, trying to guess how a small child will respond in any given situation is a crapshoot, at best. So it is genuinely hilarious to watch grown folks sweat about whether their kid will be able to blow enough bubbles or hold onto a beach ball long enough to win.

The show, sponsored by Walmart and Luvs, returns for its second season tomorrow night, May 31, and Walmart challenged a few of us moms to come up with some challenges just for fun with our kids at home.

Baby Juliza, it’s time for your turn in the spotlight!

She’s not yet 5 months old, so the challenges had to relatively simple and in keeping with her current development. She’s at the age where she’s just starting to roll over consistently, laugh when things are funny, and grab things that are placed in front of her. So we picked up some toys at Walmart to see if we could get her to do what we wanted. 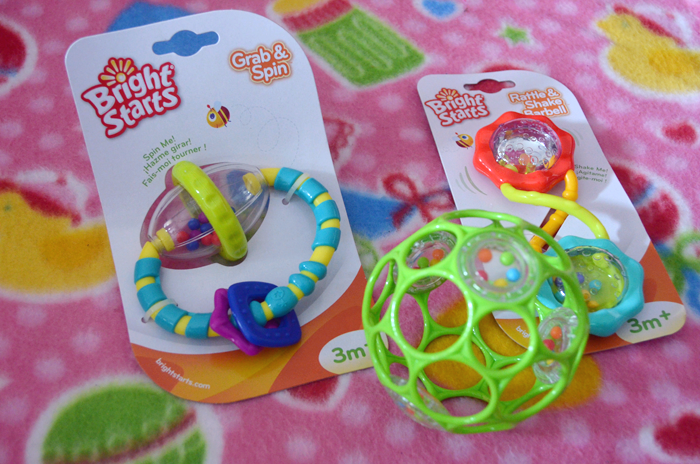 My older daughter and stepson went head to head. Ja’Naya held a ball rattle in front of baby Juliza, and my stepson bet that she would grab it within 15 seconds. Ja’Naya, however, bet that she wouldn’t grab it at all — or at least not within that time frame. The loser would have to put away the dishes from the dishwasher.

This is not as simple as it sounds. You see, Juliza’s favorite pastime is putting her fingers — her whole hands, really — directly in her mouth. Even in the face of something that seems to be more interesting. 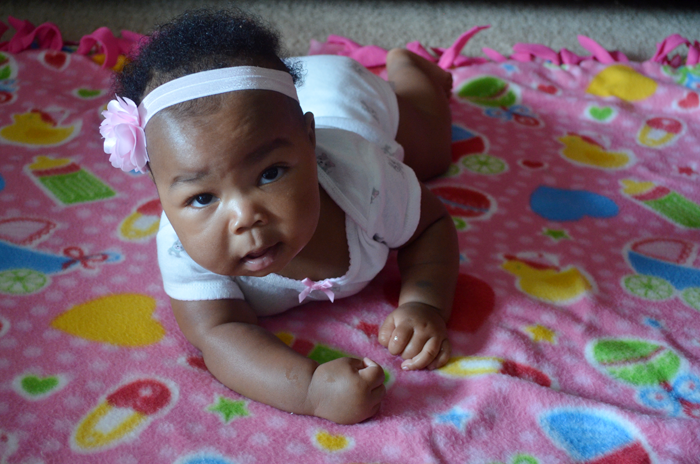 This time, my hubby and I sparred. The challenge? Whether baby Juliza would roll over within 60 seconds. Knowing my child, who will completely ignore us when she wants, I bet that she wouldn’t. My husband, ever the optimist, bet that she would. The loser had to fold and put away all the clean laundry — easily one of our least favorite chores.

She can and does roll over, lest you believe this was a stacked contest. But typically she only does it when she feels like it.

So what are the results? See for yourself!

I did have a bit of an advantage over my hubby. I know from experience that Juliza has a knack for performing as soon as you STOP recording. And sure enough… 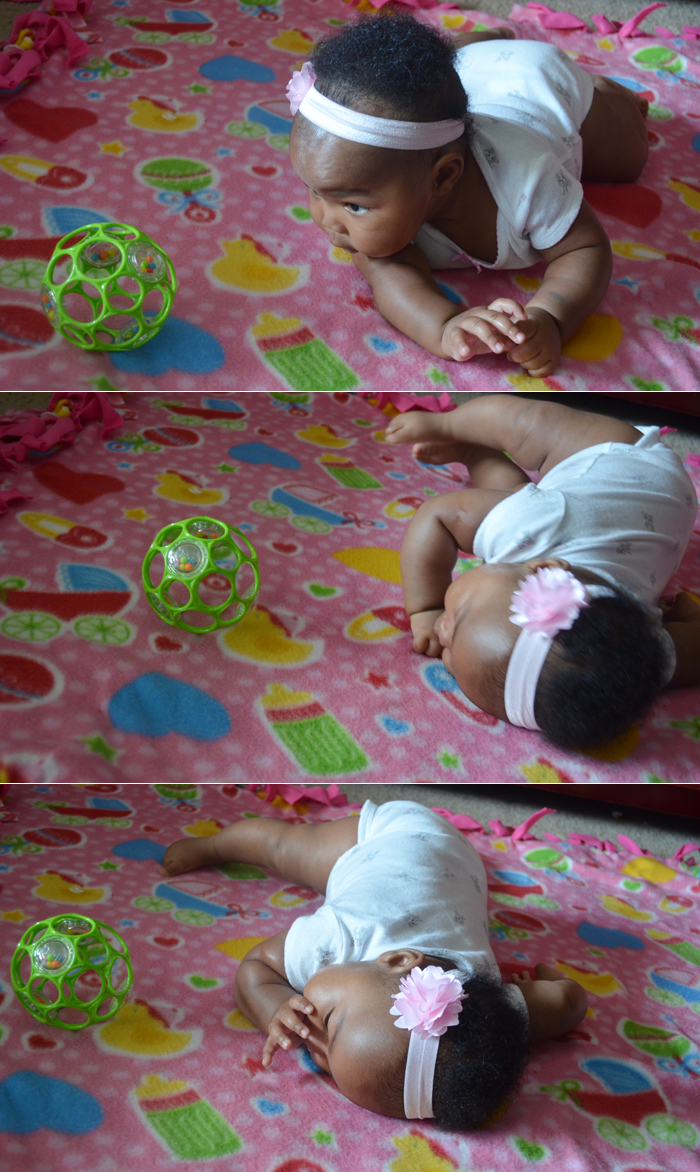 She started to roll shortly after I cut the video. She looked at the ball — thought, sure I’ll roll over (albeit the wrong way) — then changed her mind and sucked her finger instead. Lmao!

Our prizes weren’t quite as life-changing as college funds, but I don’t know…I think Juliza will be a great contestant for Bet on Your Baby in a few years.

You can check it out on Saturdays starting tomorrow night at 8/7 central on ABC. And you can find all of the toys you see featured on the show at your local Walmart.

Disclosure: As a participant in the Walmart Moms Program, I’ve received product samples and compensation for my time and efforts in creating this post. All thoughts and opinions are my own. Affiliate links may have been used.

Next post: Amy’s Kitchen Makes It Easy to Eat Organic