I can’t believe that my little ladybug is already 4 months old! 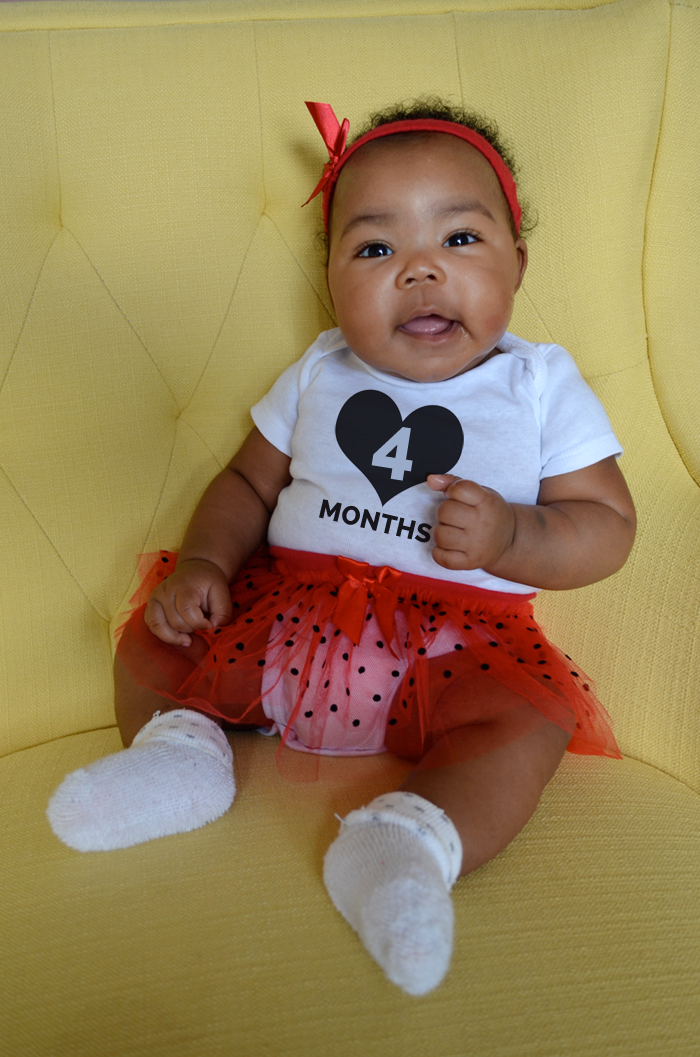 And I realized as I typed that that I will probably say the same thing every month. Honestly though, it feels like the time is just flying by, and she’s getting bigger and stronger every day.

The past month has been filled with milestones.

Tomorrow, we go to the doctor for her 4-month checkup and we’ll find out just how much she has grown. My guess? A lot, seeing how my barely 4-month-old baby is already sizing out of 3-6 month clothes and already wearing 6-9 month stuff. And it fits really well, at that. It doesn’t even look too big. I don’t think I realized just how big she was until I saw her next to another baby who was about a month older than she is. She dwarfed him. It was a real-world demonstration of what her 98th percentile height and weight (at her 2-month checkup) actually mean.

For comparison sake, here are her photos from the previous 3 months: 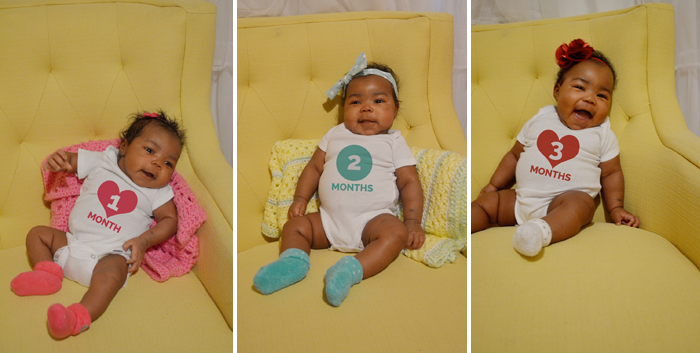 I think her roundness has evened out a bit this month, but what can I say? My ladybug loves mama’s milk, and it shows! She’s chunky, and cheeky and happy, and I love every bitÂ of it!

I regularly post photos of her on Instagram, including the one above of her epic lashes, so feel free to follow me on IG for more cute than you can stand!