My daughter loves crafting. What can I say? She is a child after my own heart. More than anything else though, sheÂ is obsessed with making bracelets. Over the years, she’s received no fewer than 5 kits for this purpose, and she always dives into them with abandon, obsessing over them for days. Well, for the past few weeks, she’s been obsessed with a new product Walmart asked us to try: the Monster Tail by Rainbow Loom. (aff) 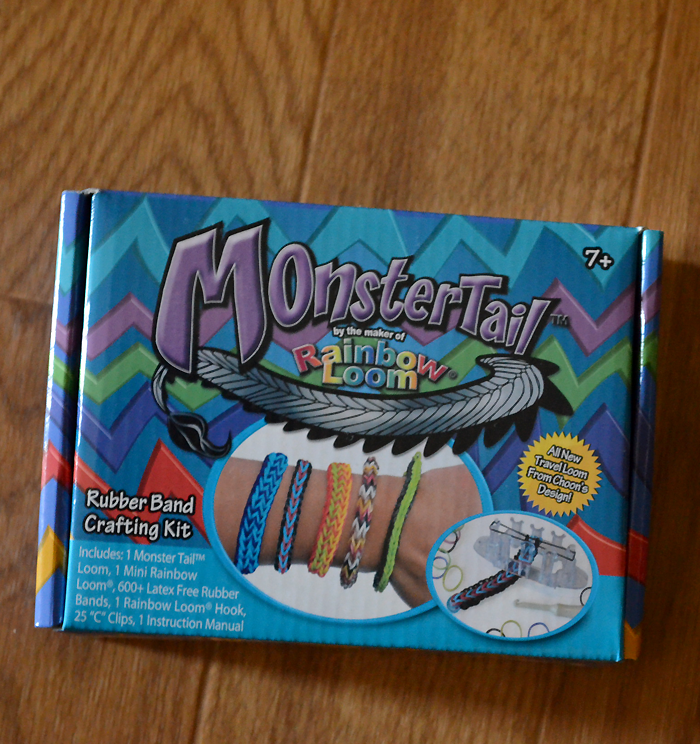 The kit comes with hundreds of colorful rubberbands, and the loom allows you to weave them together in sophisticated patterns.

From the outside looking in, I think this is the best kit she’s received. Given that she’s already made half-a-dozen bracelets and shows no signs of slowing down any time soon, I’d say she feels the same. 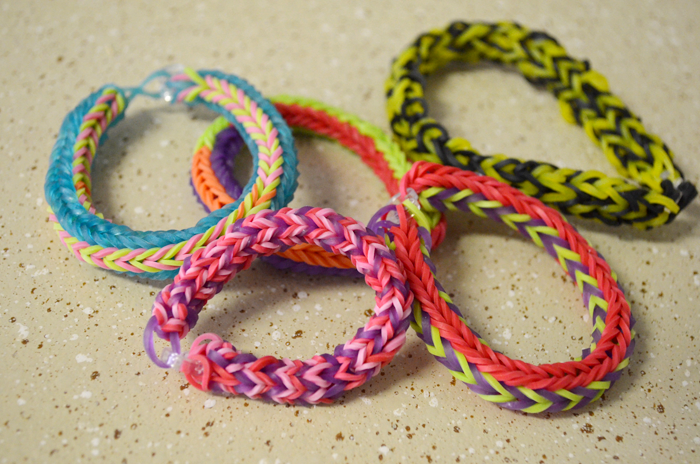 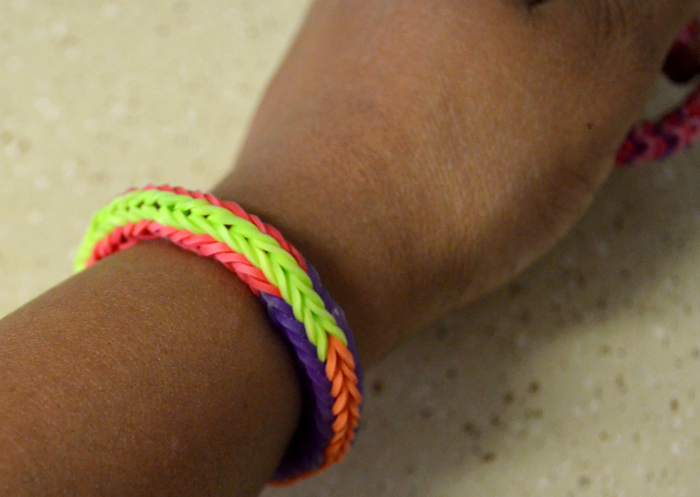 The loom did come with a learning curve, though. The instructions are pretty complicated. The loom has prongs around which you attach the rubber bands. The order in which you move and re-loop them determines the pattern you get. While my daughter was able to easily follow the first set of instructions, neither one of us could figure out how to get from the first row to the second, and subsequent rows.

It took her watching a few videos on the Rainbow Loom YouTube channel to realize that she could just keep going, and she’d begin to form a chain. Once she understood that part of the process, it was on! 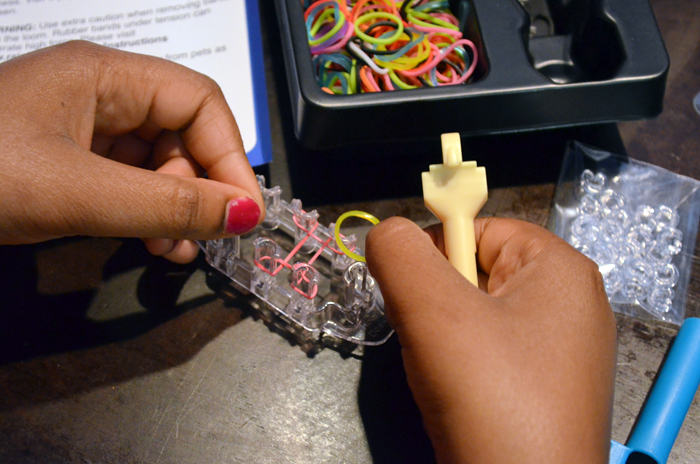 She made bracelets for my husband and I, herself and even baby Juliza. She’s making some for friends and her teacher even now. It came with 600+ rubber bands, and I can already tell I’m going to have to buy more really soon. 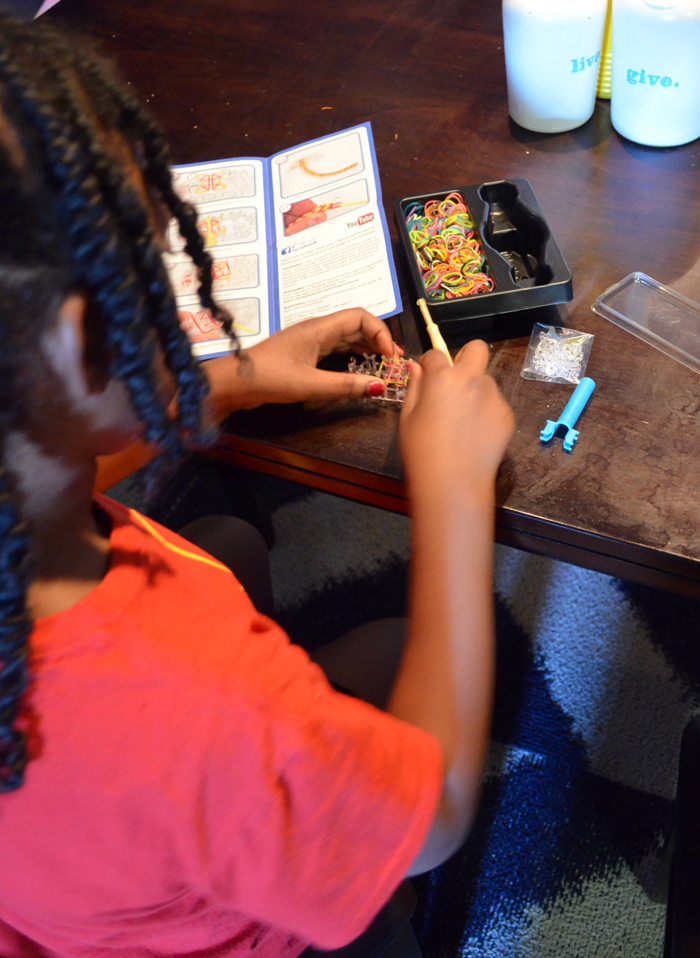 She said that she likes this kit because it makes chunkier, more substantial bracelets than other looms. It does require precision, because it’s easy to miss a loop and have one rubber band hanging loose in a finished bracelet. She wound up taking one apart because of this problem. Still, it’s small enough to fit in her pocket or a small bag, so she has been taking it everywhere and keeping herself occupied. She genuinely loves it, and I’d absolutely recommend it for any kid who likes making things with their hands, boy or girl. You really can’t go wrong given the awesome price: just $6.88.

DISCLOSURE: As a participant in theÂ Walmart MomsÂ Program, Iâ€™ve received product and compensation for my time and efforts in creating this post. All thoughts and opinions are my own.